Pits and Perverts is a collection inspired from the group known as LGSM (Lesbian and Gays support the miners) whose story was adapted into the film PRIDE. The group were present during the miners strikes of 1984 and their story is one of unity and acceptance between two very different communities.

Growing up in a former mining town in Leicestershire, in which generations of my family were miners and being a queer individual, the story led to inspire a hybrid collection of early 80’s new romance and work wear. These contrasting elements are taken into a contempered fashion concept by re-working key pieces from both community’s wardrobes and creating a union of camp and masculine, which flow through each piece. A combination of floral’s, stripes and checks are present, paired with coarse boiled wool and re-worked suede which further forms the notion of the grit and glamour.

The inspiration for this collection came from re-watching the film pride during lock-down and noticing the similarities between my heritage and the plot of the film. I strive to educate myself on LGBTQ+ history as most queer people have had to do. The purpose of my collection is to take something I felt was ugly about myself, which is the small former mining town known as Coalville and turn into something glamourized. 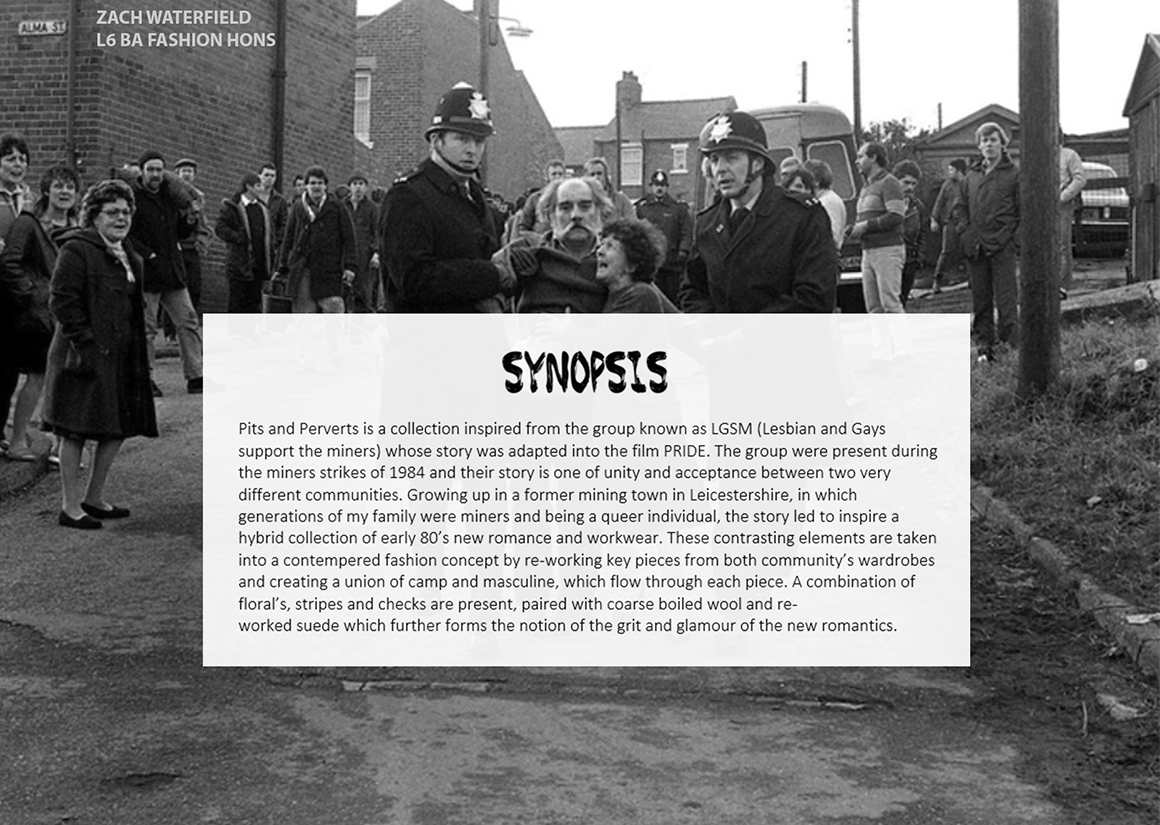 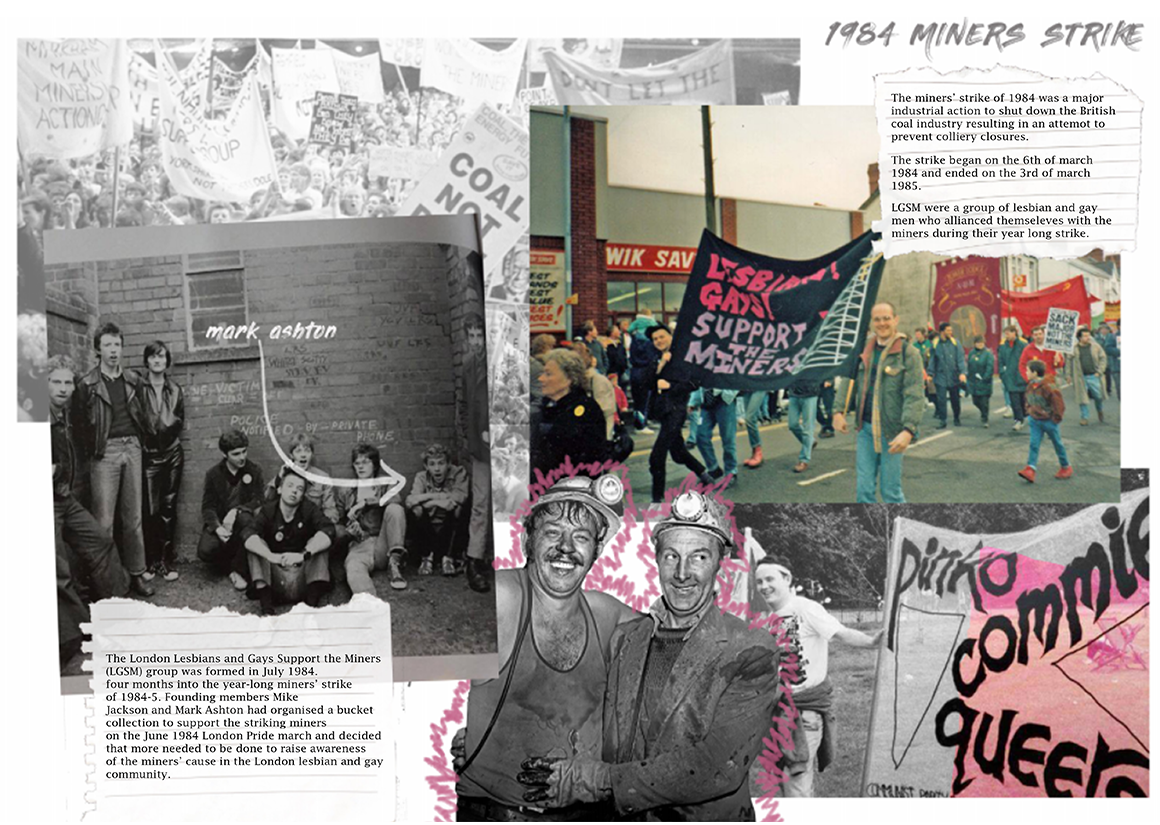 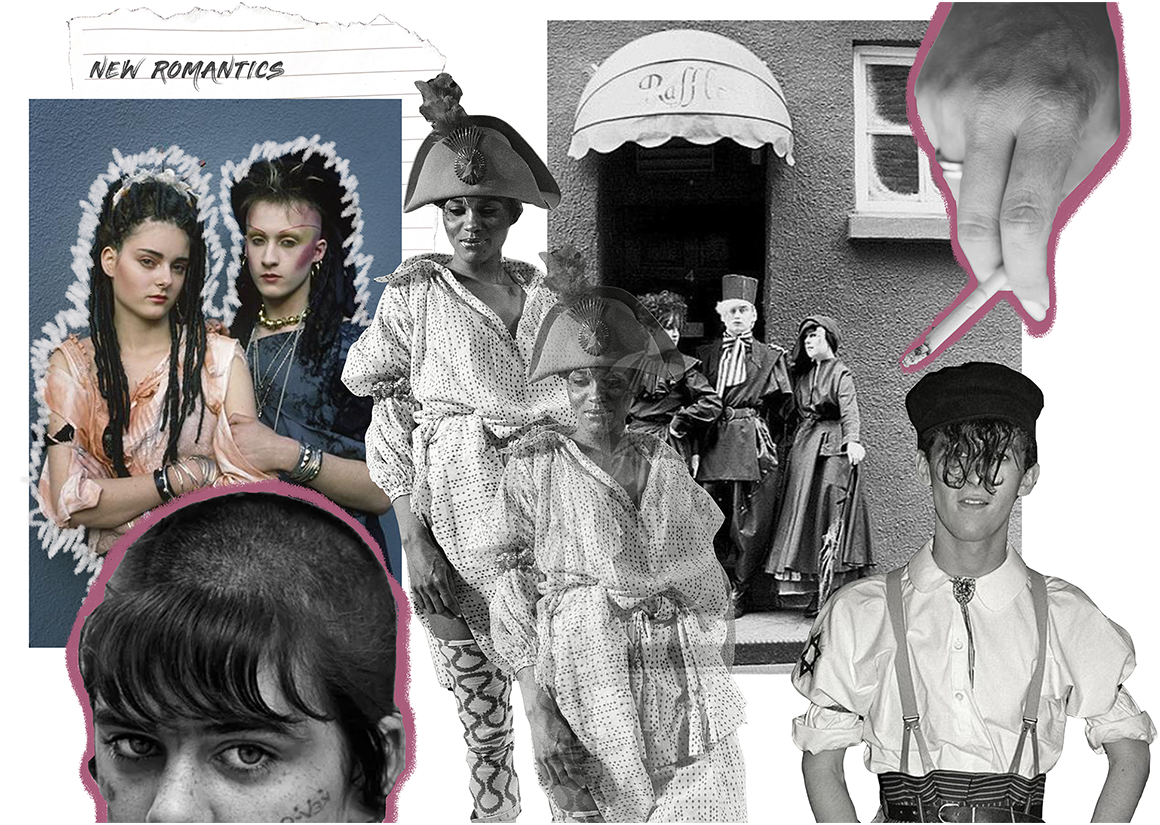 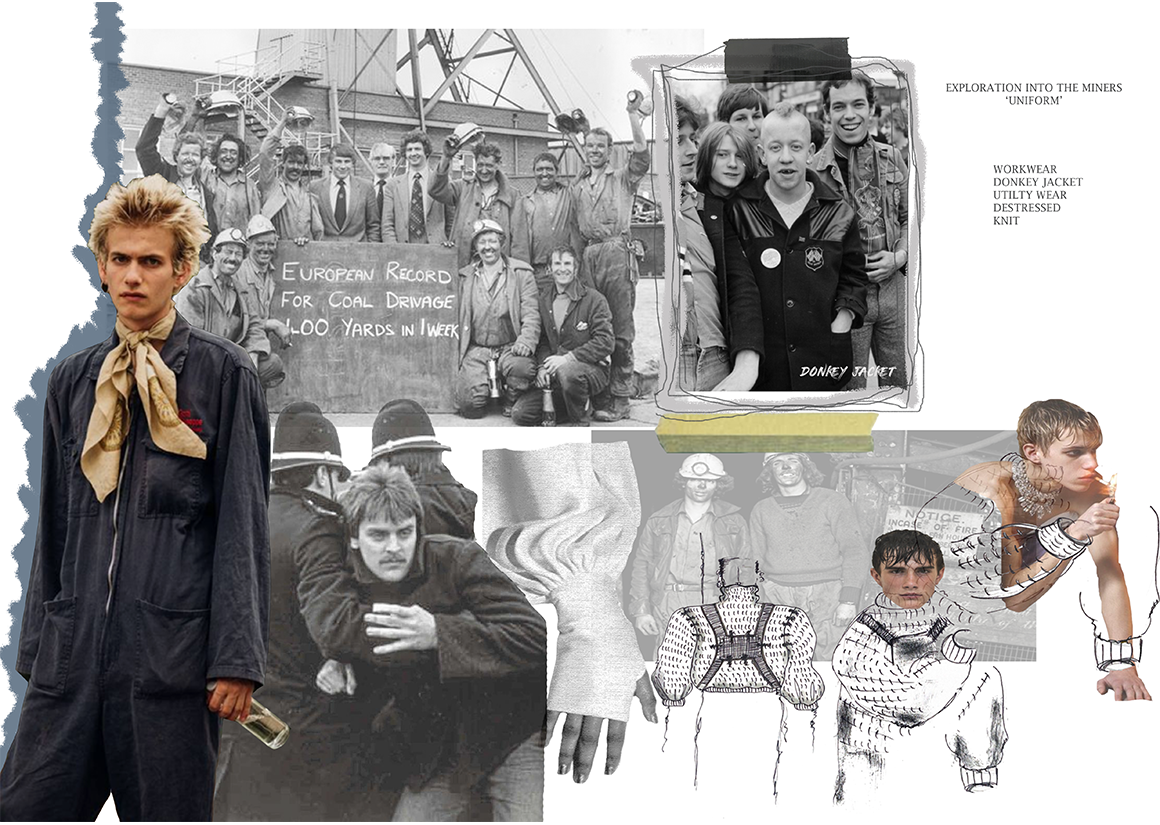 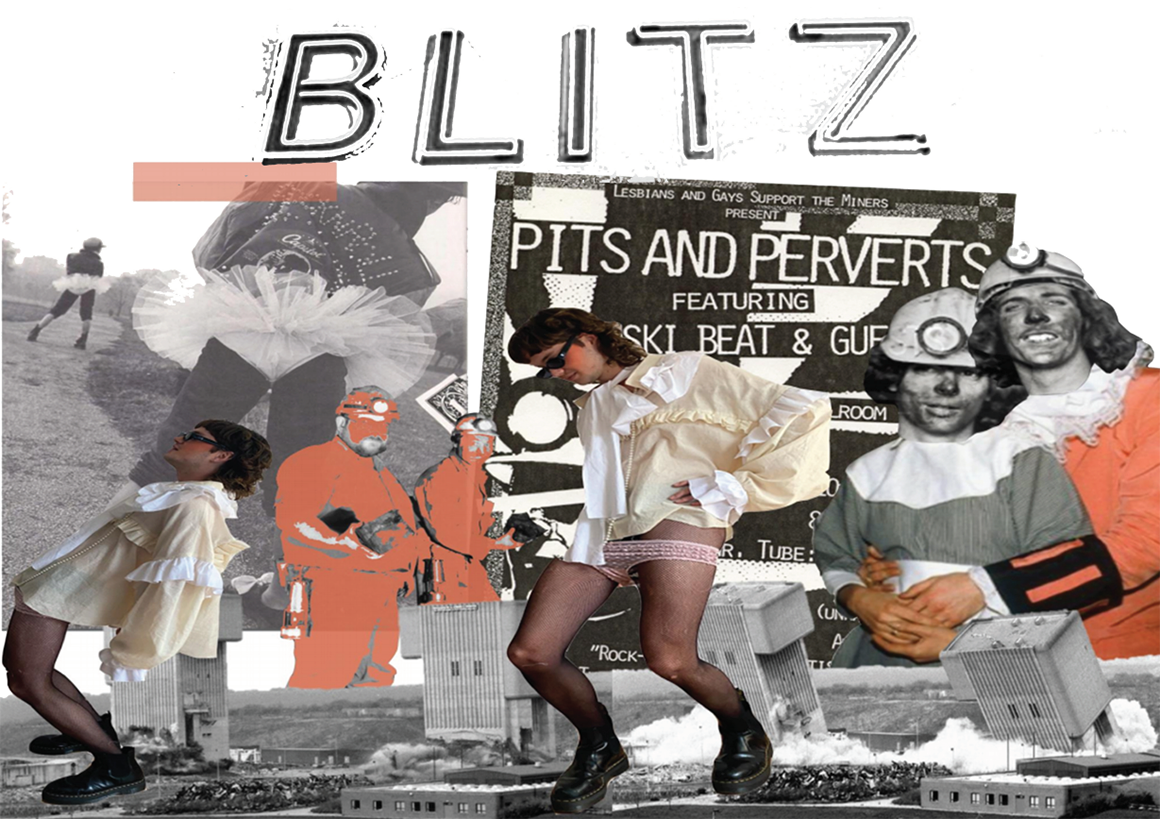 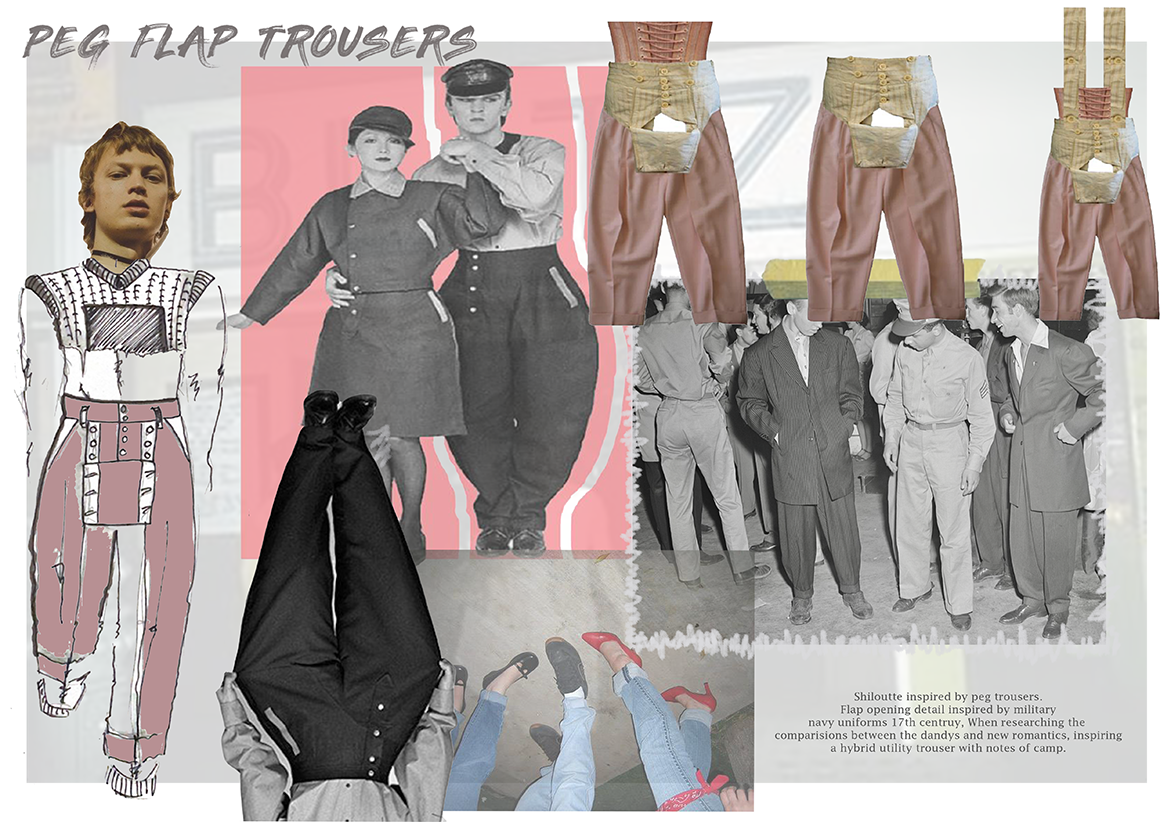 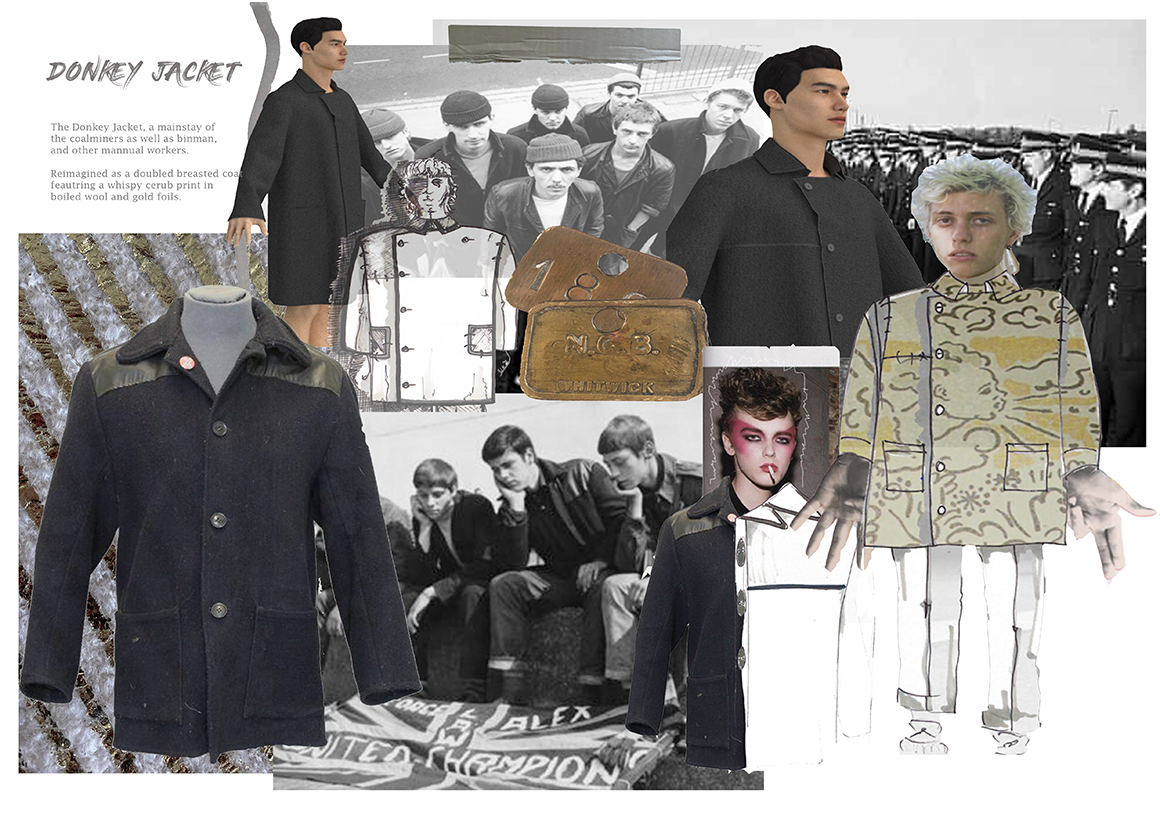 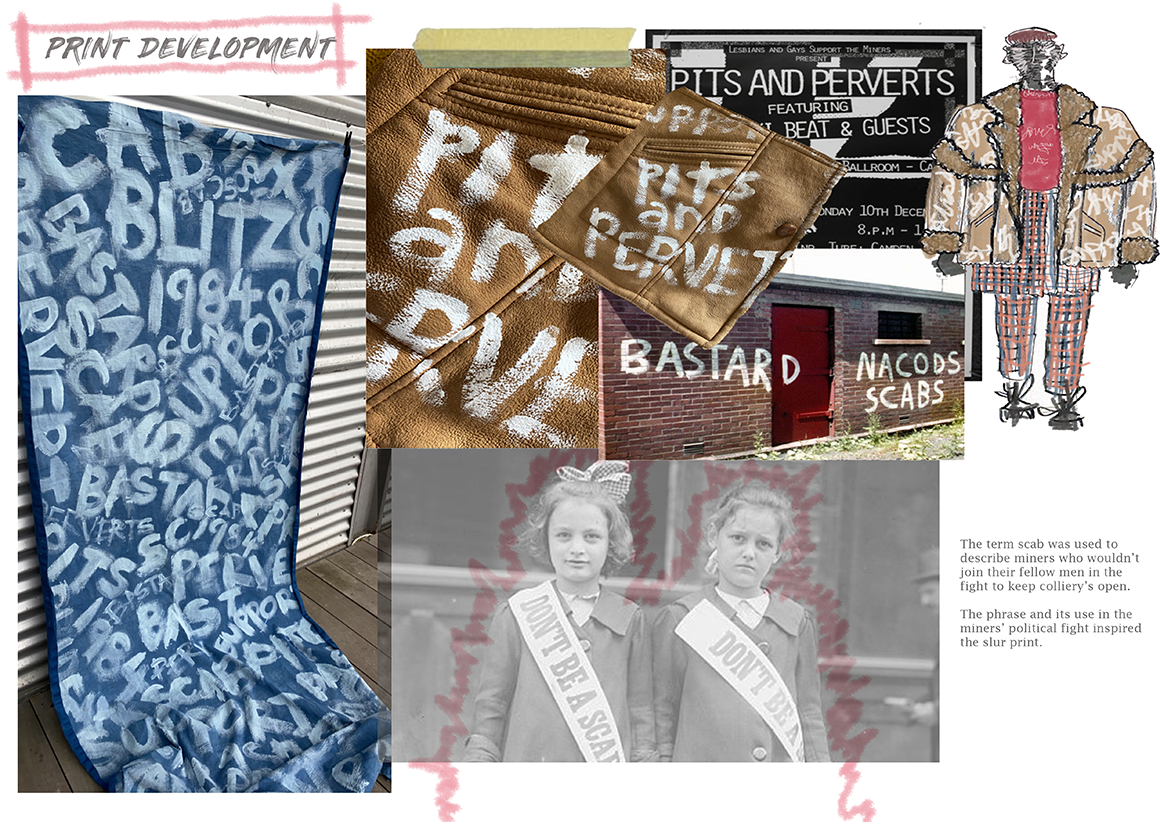 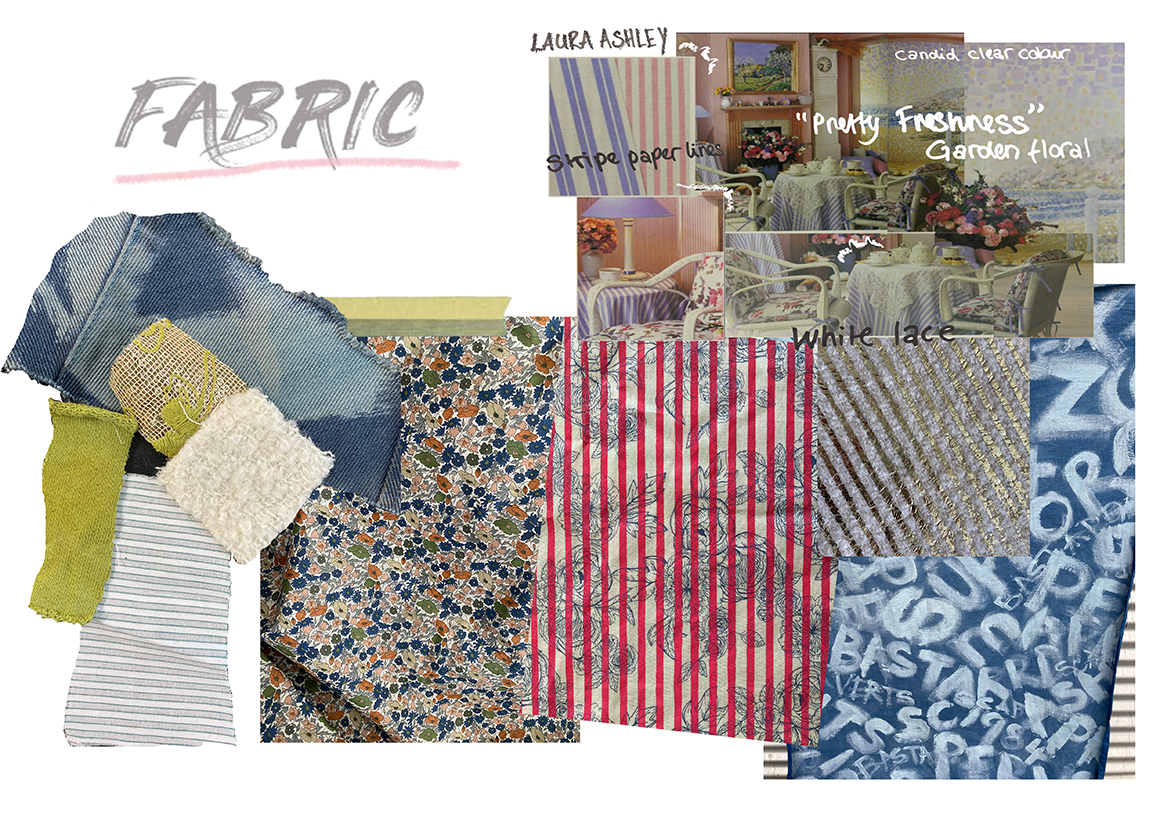 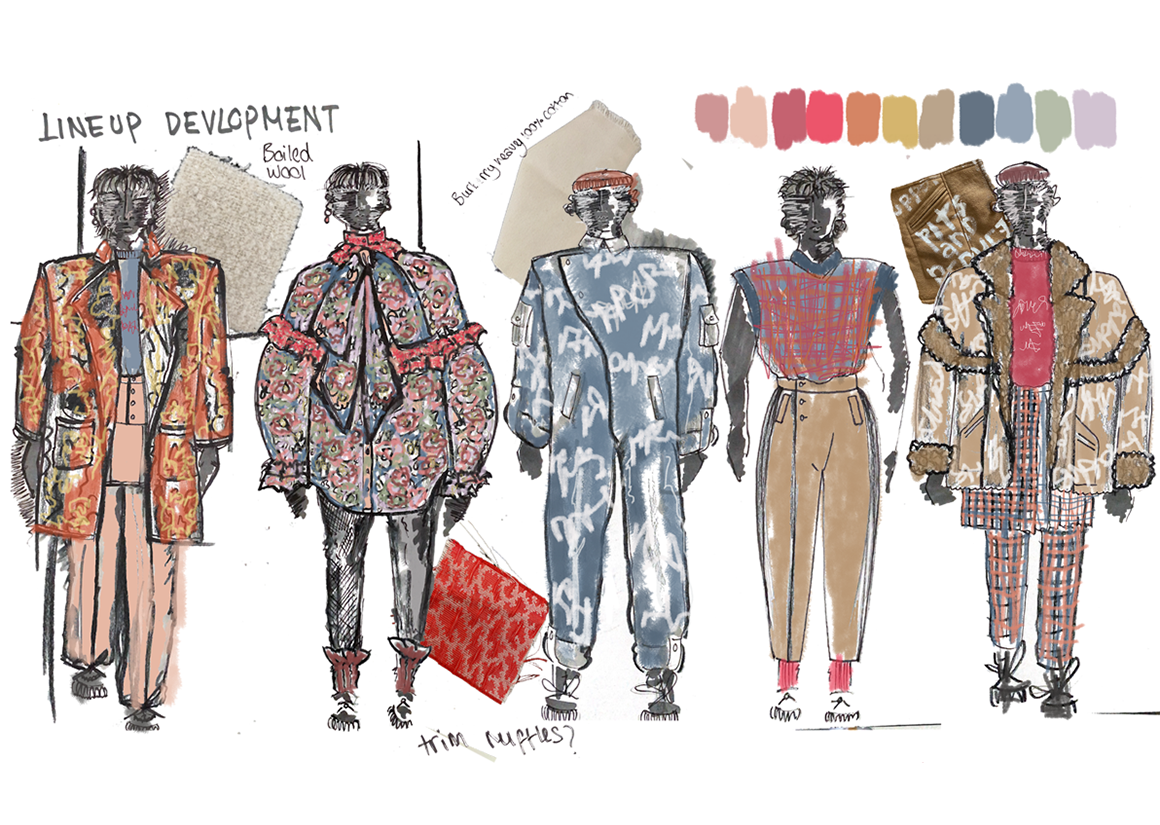 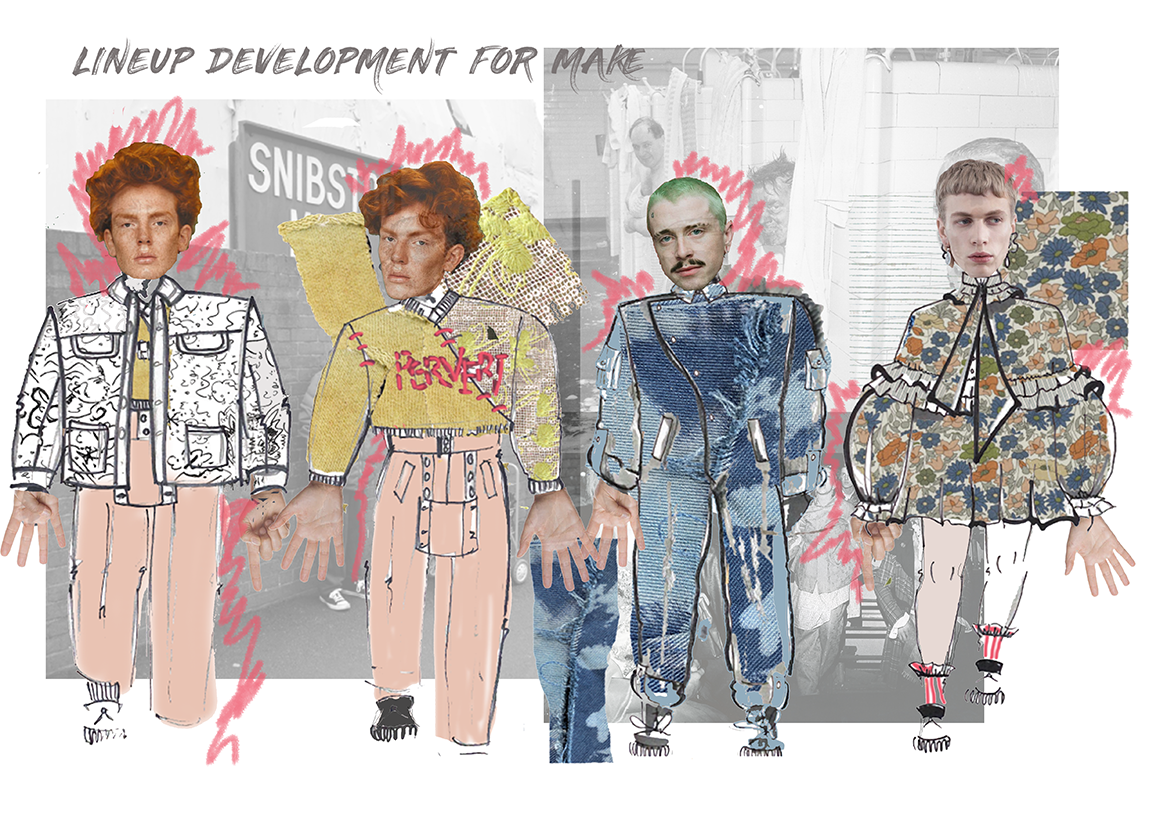 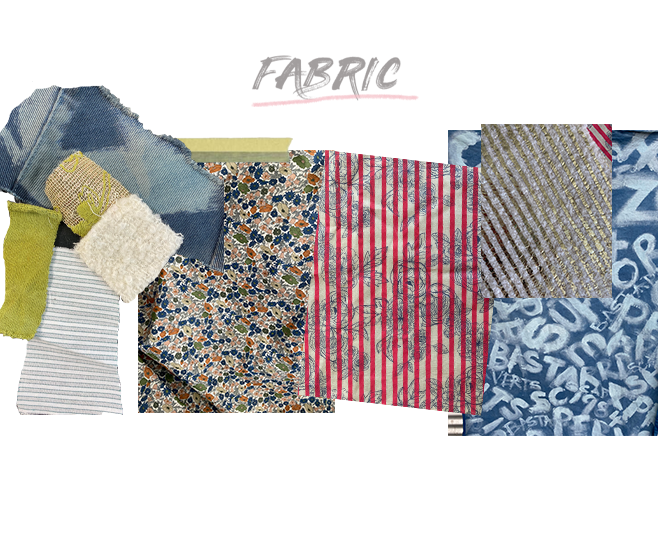 The details in my collection represent the raw of the miners while bringing in the glamour of the new romantics and the vibrant colors of the 80's.

''Because miners dig for coal, which produces power, which allows gay people like you to dance to Bananarama till three o'clock in the morning.'' - Pride 2017