University of the West of England

Tamsin is a multidisciplined visual creative, graduated from UWE.

Tamsin is a Creative Director, Photographer and Stylist, exploring narratives of femininity and womanhood, fuelled by the desire to understand her cultural heritage and future as a female.

“I champion the movement towards a balanced equality; diversifying gendered perceptions by re-inventing fashion and provocative creative direction. Fantasy aesthetics are intercepted throughout my work utilising exaggerated, textural, styling and dreamy visuals to create new landscapes which are free from societal pressures” - Tamsin.

Within 19th century Western societies, particular modes of dress mirrored the inequalities between men and women. In a patriarchal social system, women were generally treated as objects for satisfying male desires and for breeding purposes. A lack of rights and hence the need to be supported financially, enforced women’s compliance with male ideals of femininity. A requirement to conform to the standards of ‘beauty’ framed by men, in turn determined a woman’s value in life.

Extreme styles of dress were devised to mould women into the romanticised femininity that is prim and proper, delicate and decorative - an ostentatious attire for the everyday. The corset is a prime example of the patriarchal notions forced upon women. Women’s bodies were physically altered and suppressed to satisfy the desires of men. Voluminous skirts and sleeves exaggerated silhouettes. Excessive use of drape, fabrics and frills concealed skin highlighting the censorship, shame and control of women. 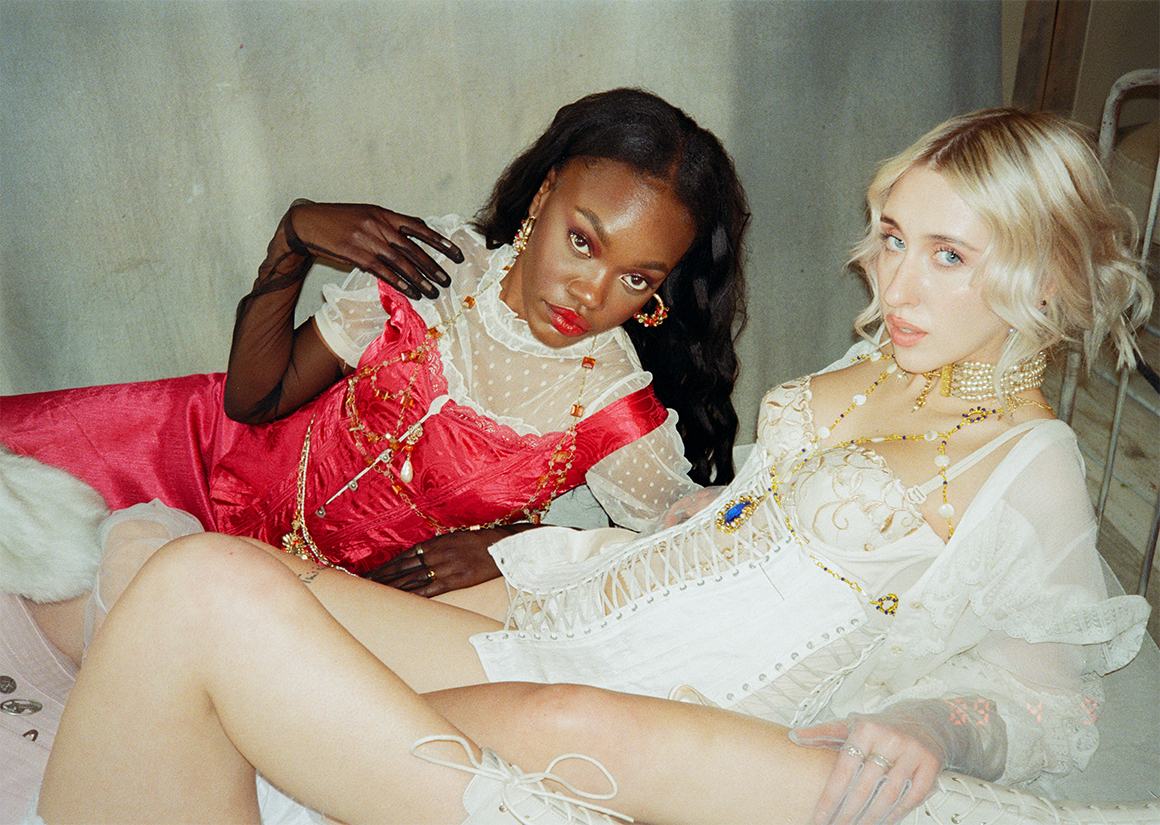 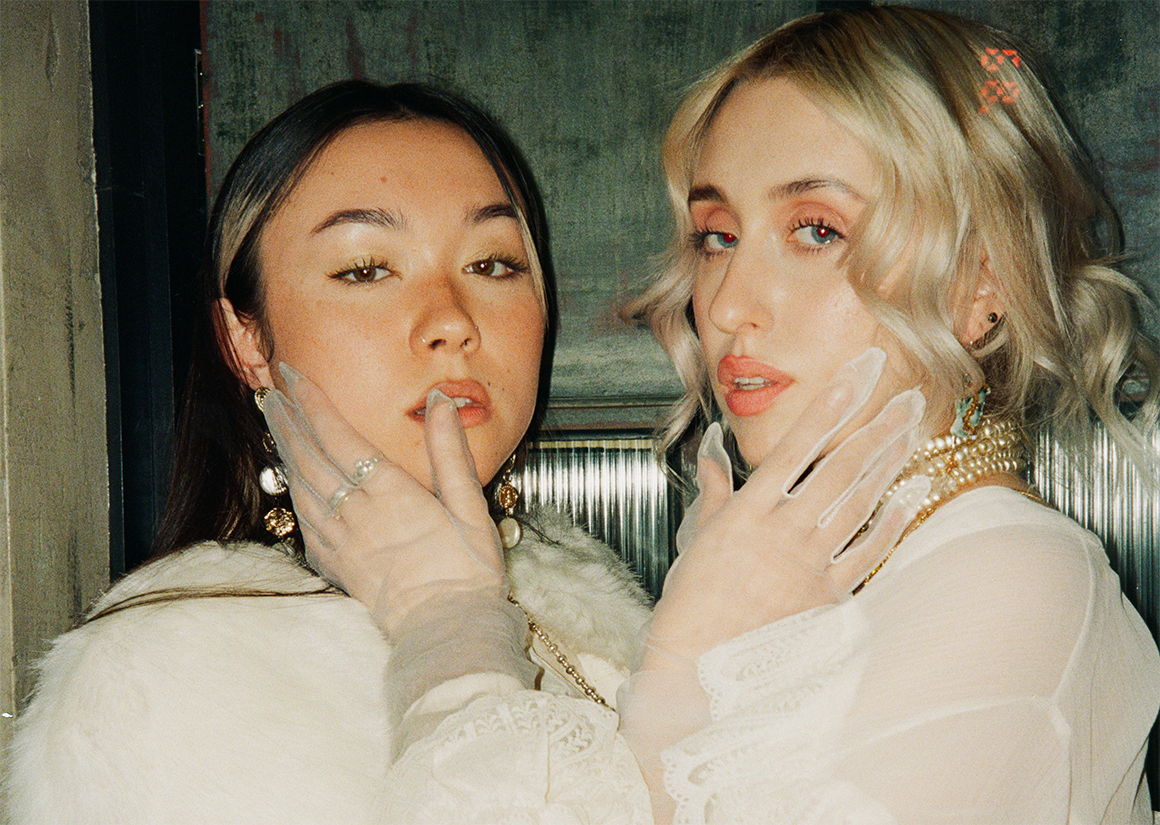 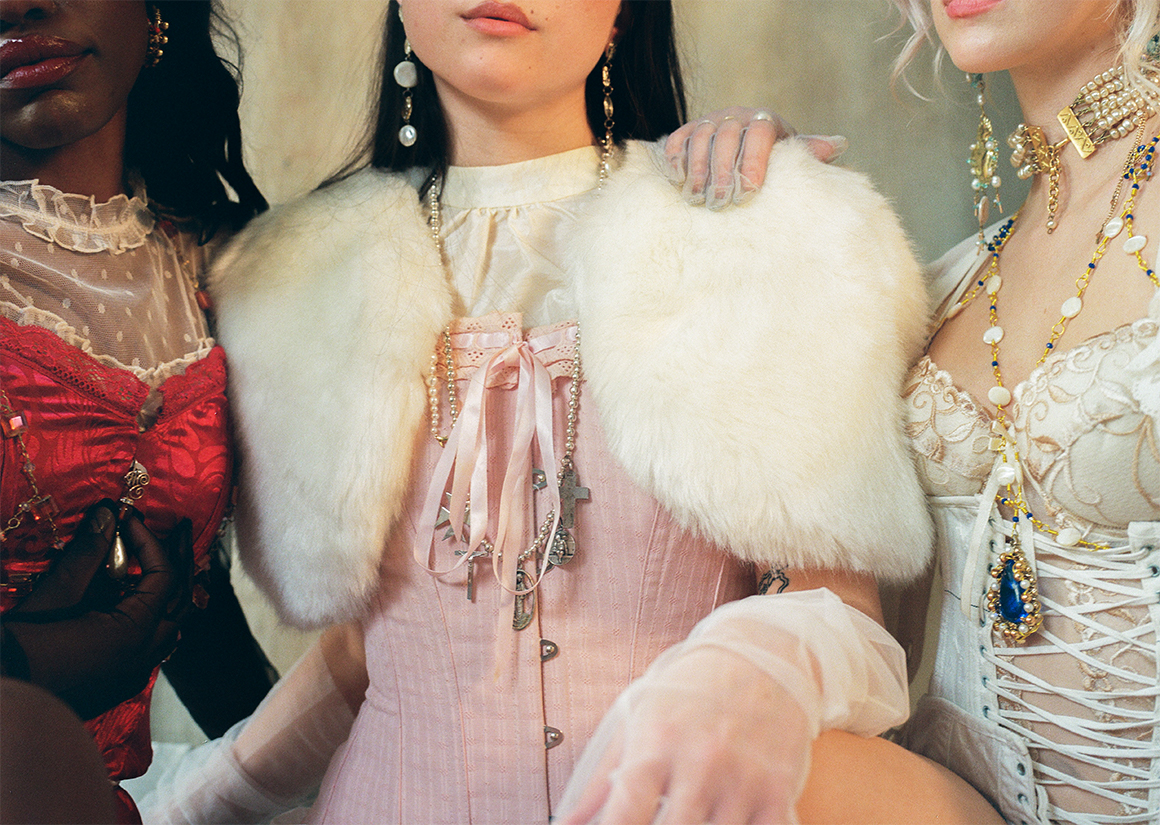 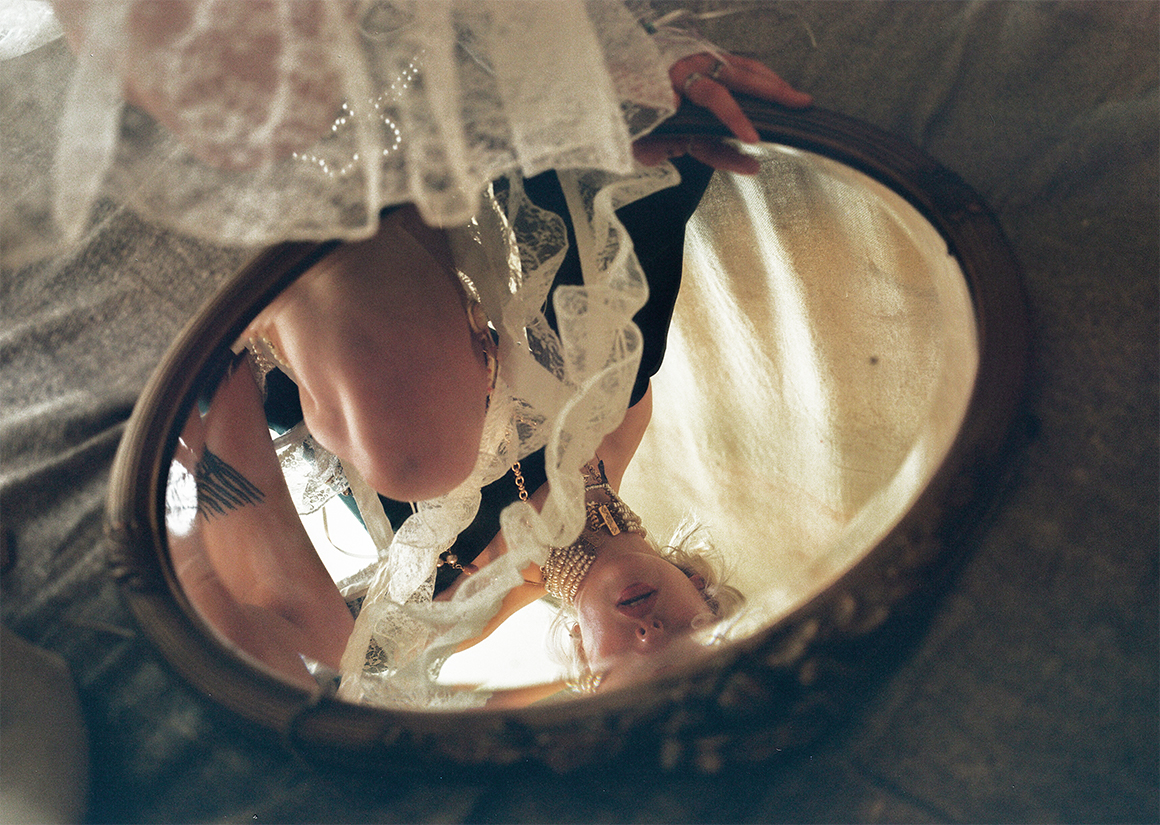 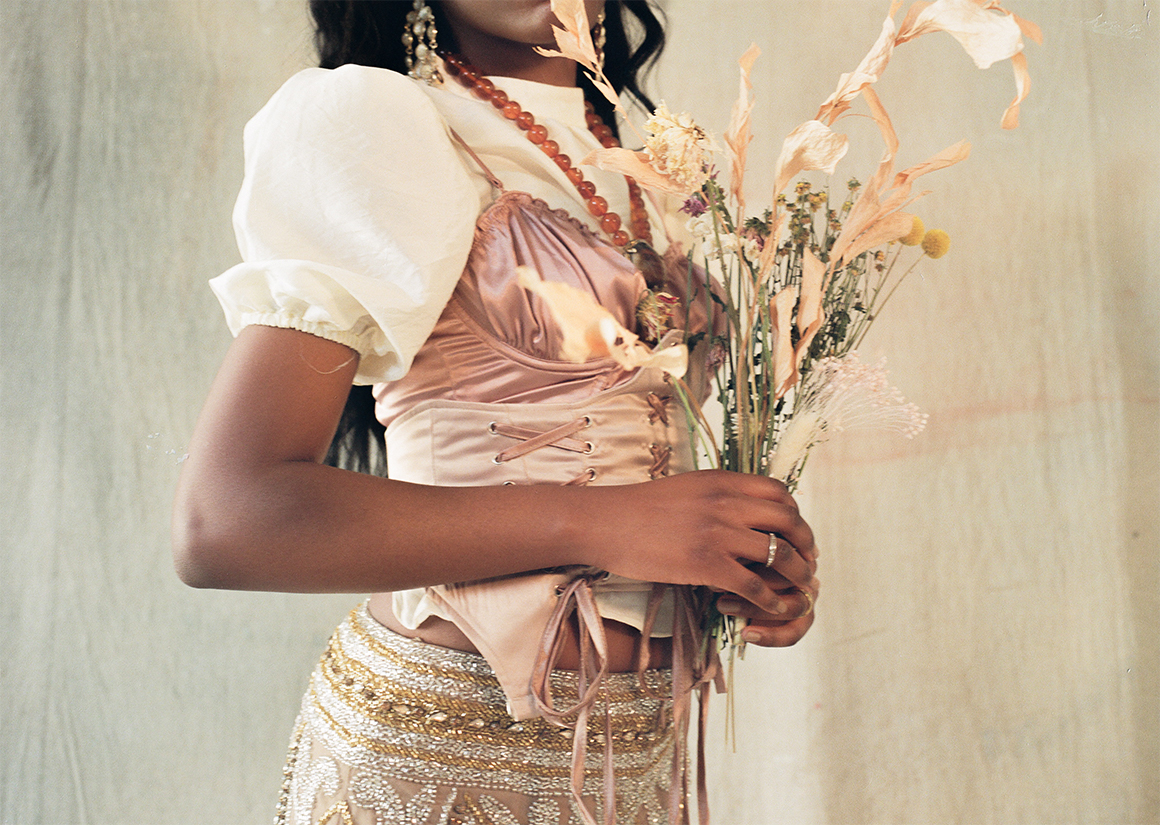 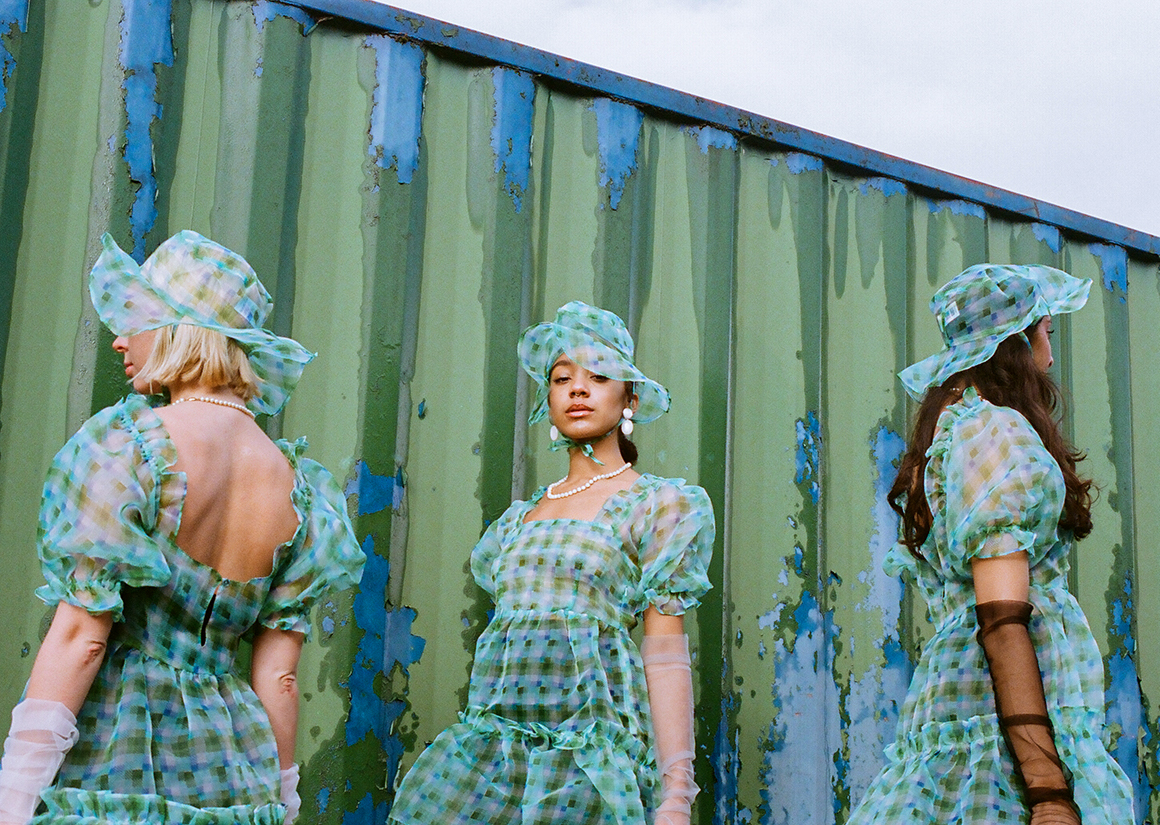 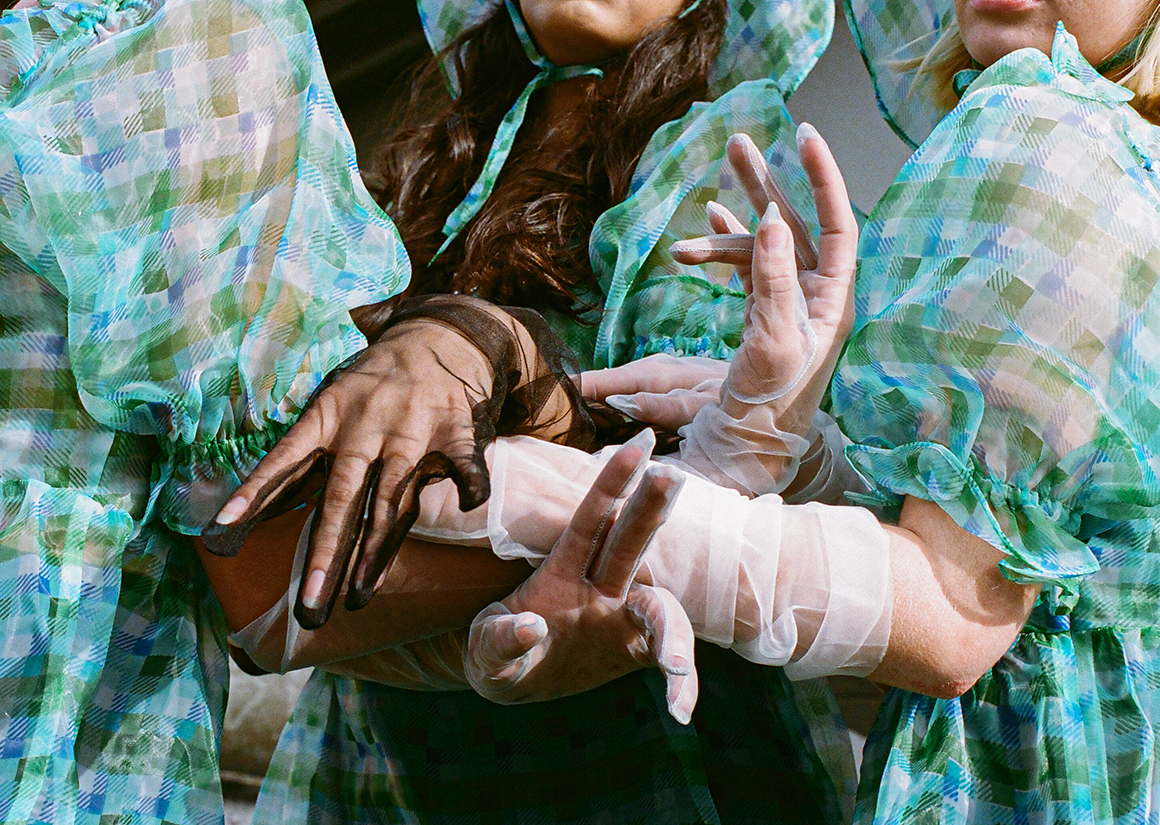 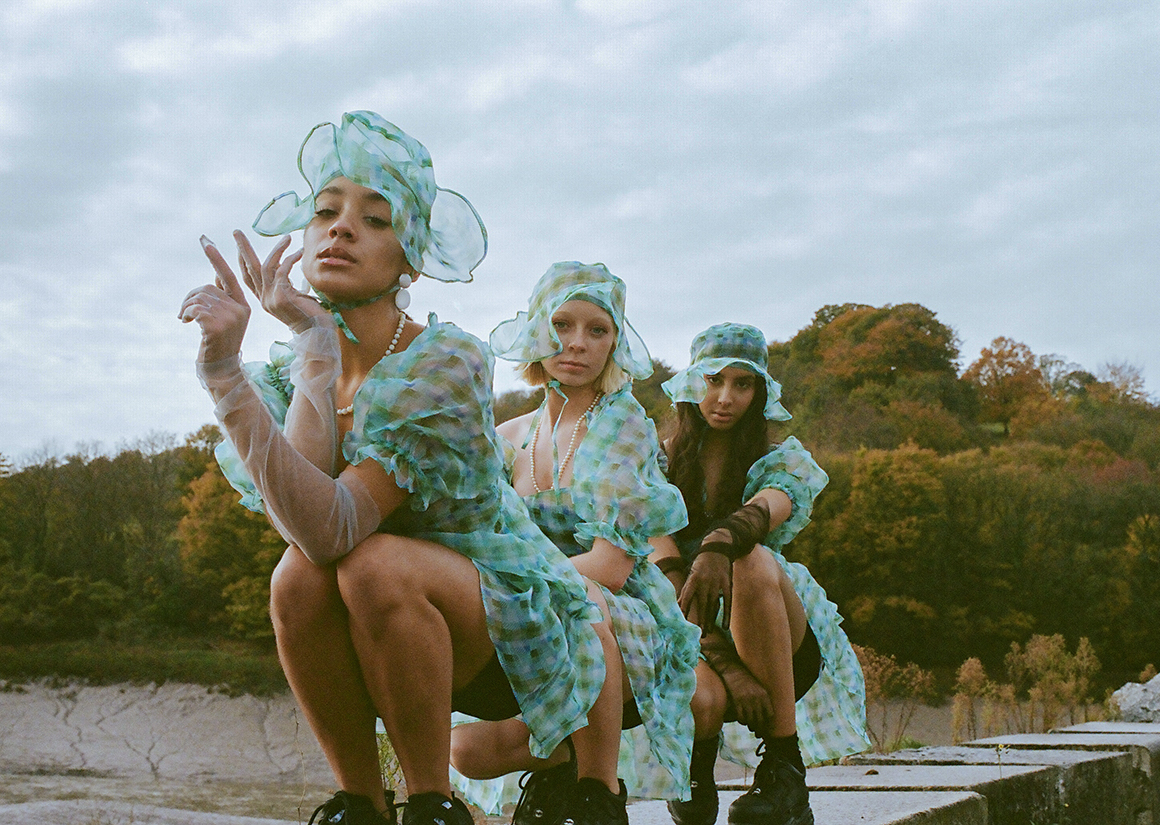 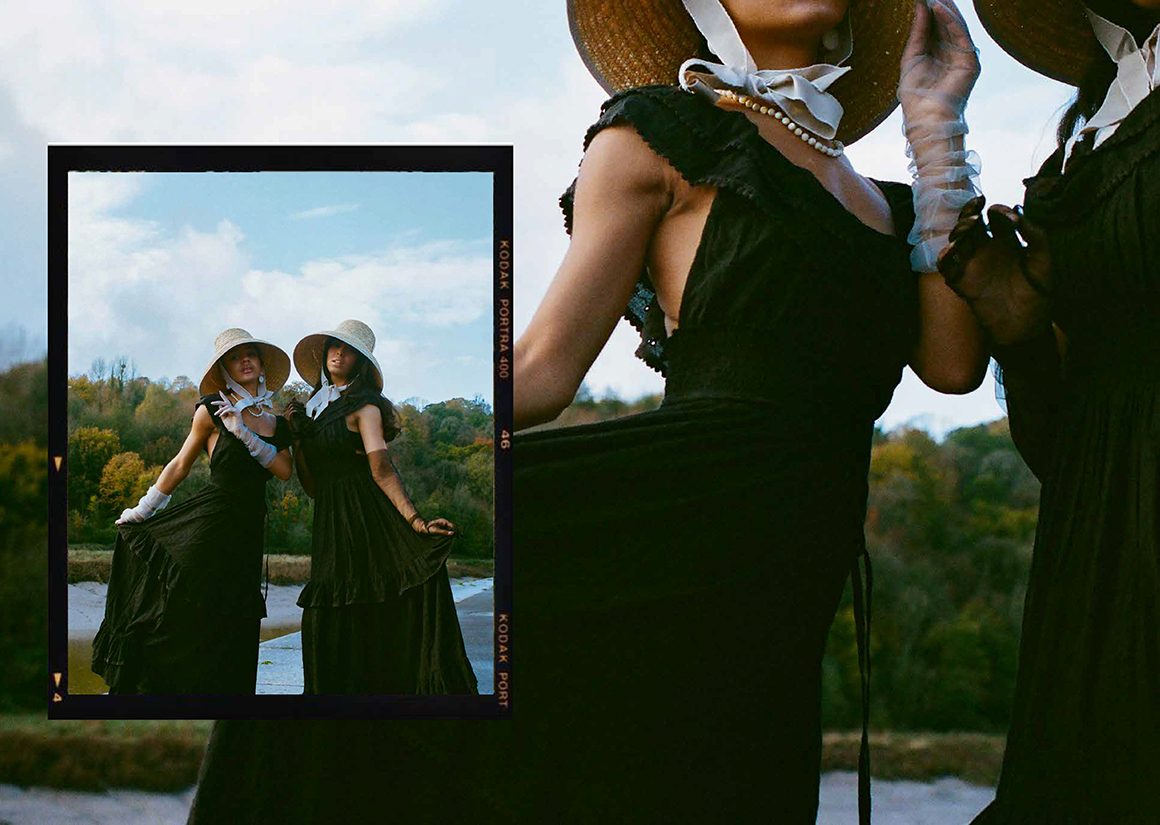 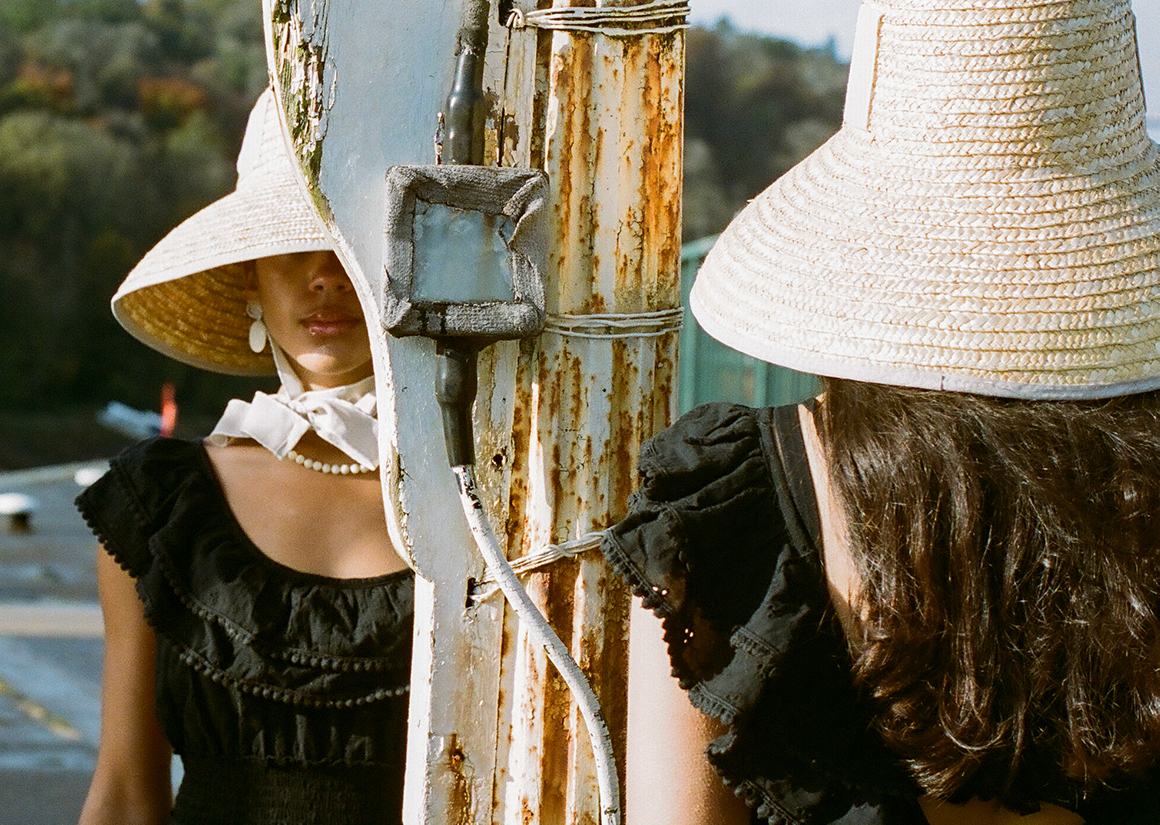 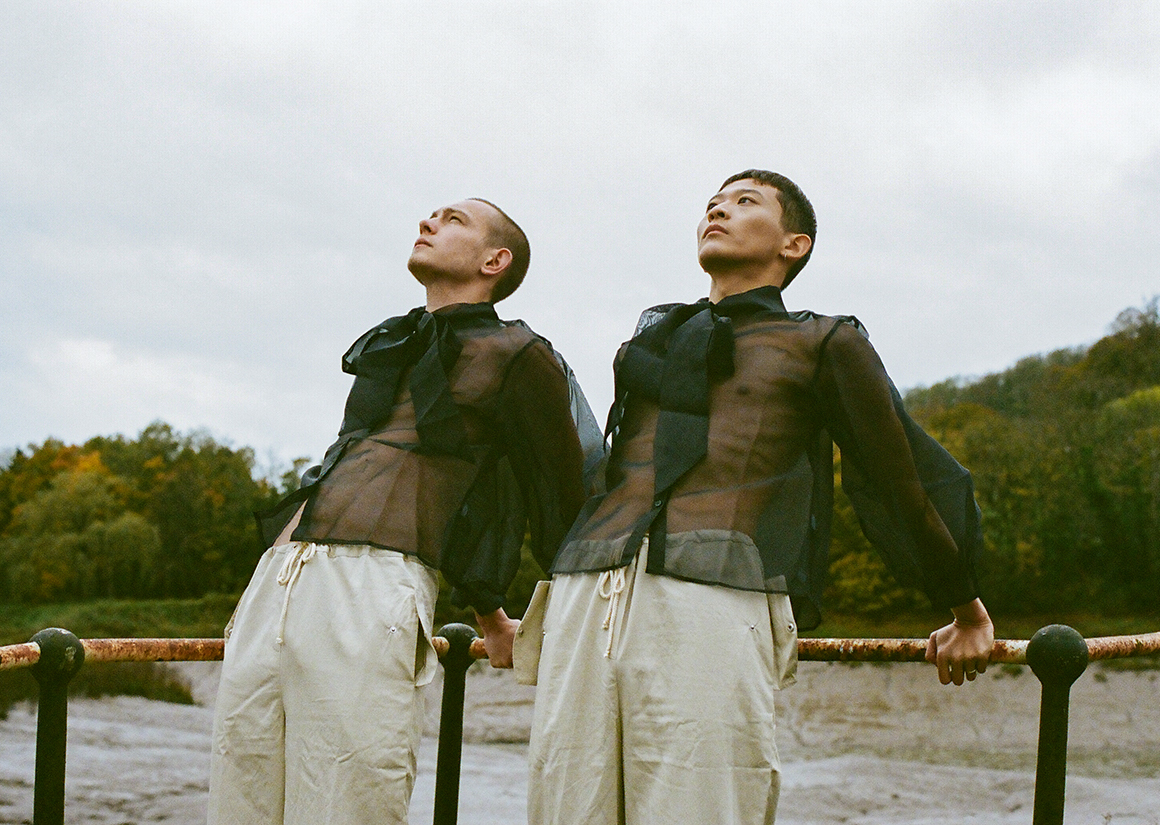 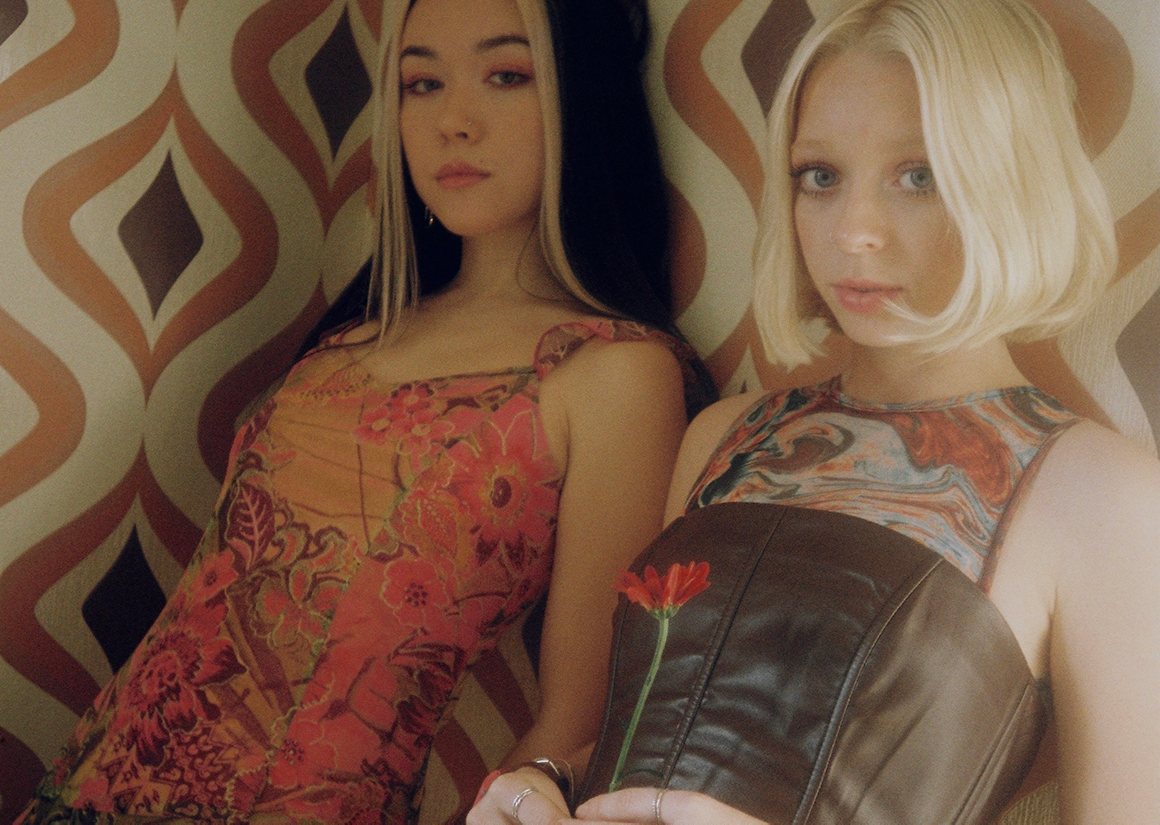 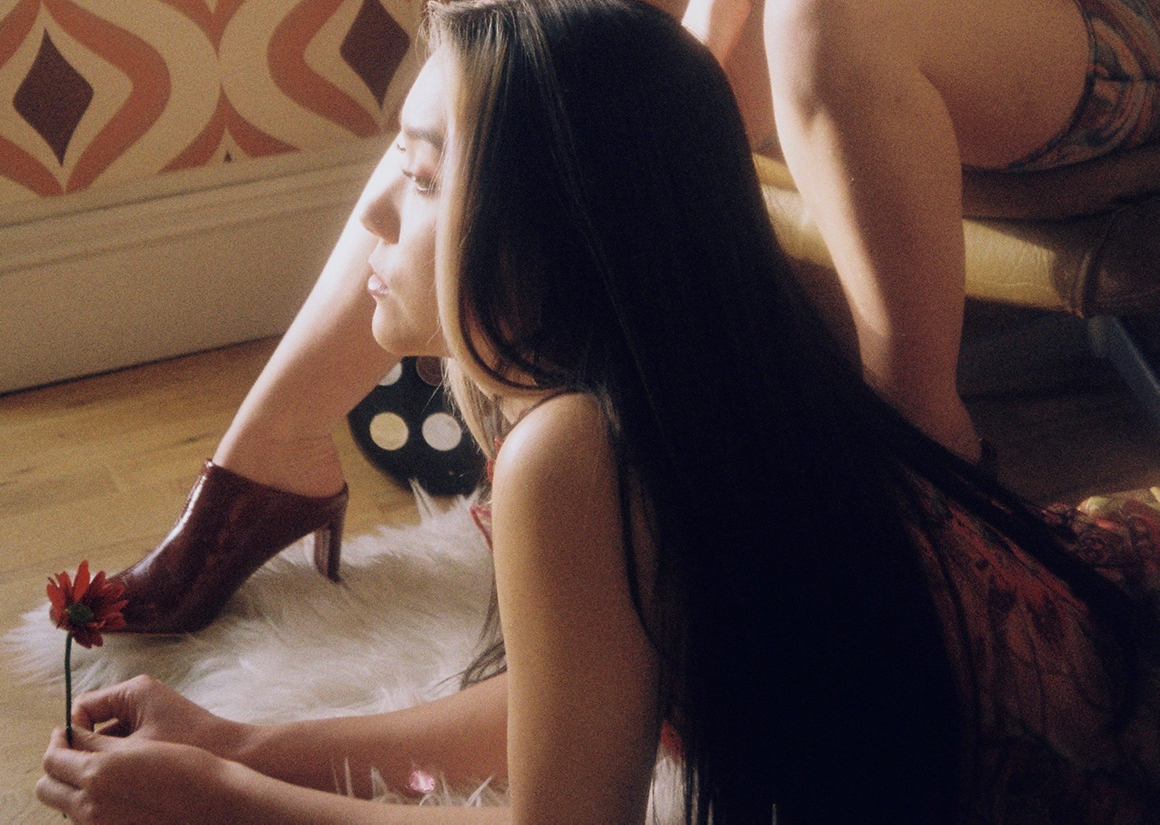 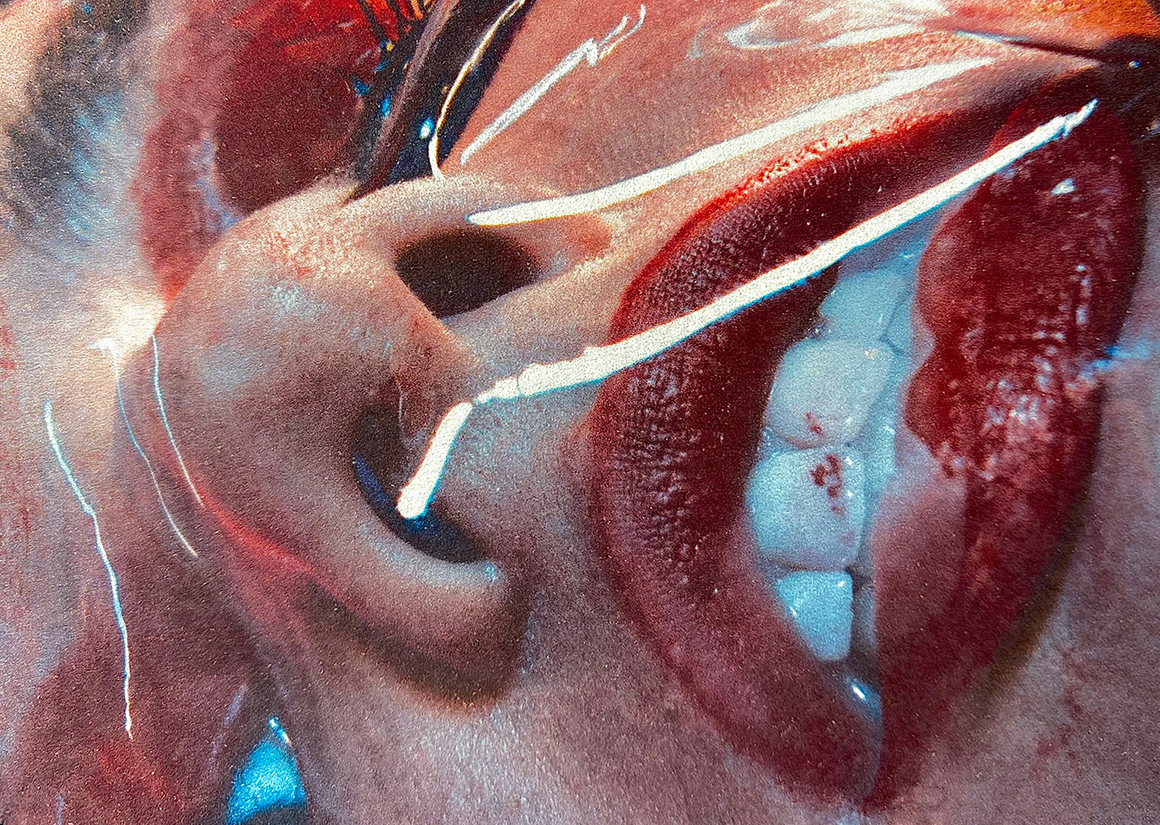 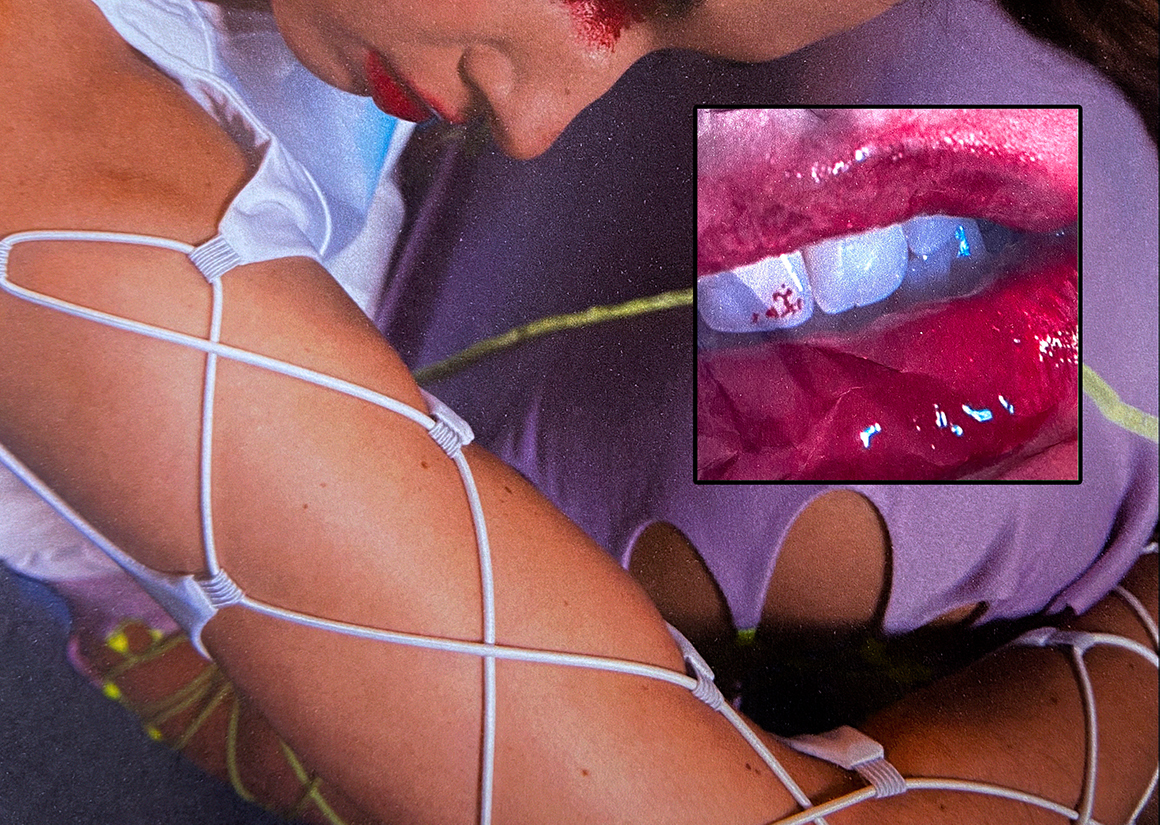 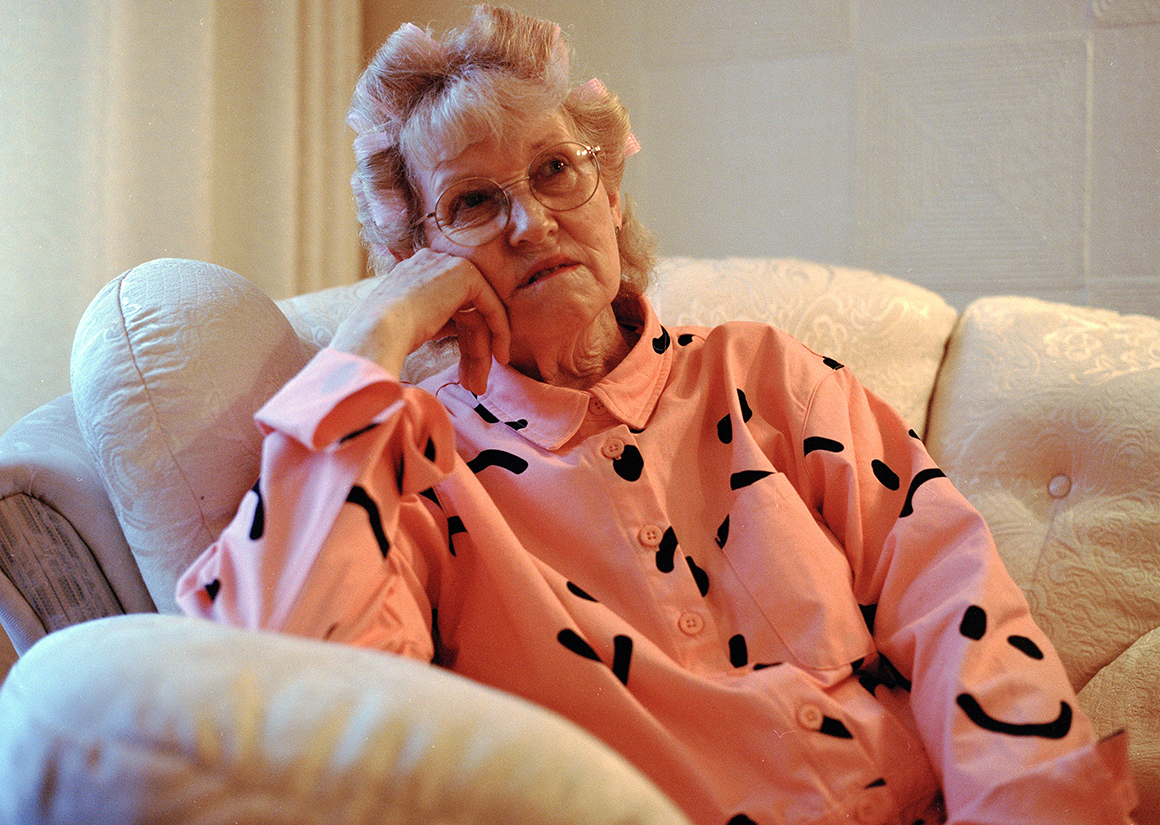 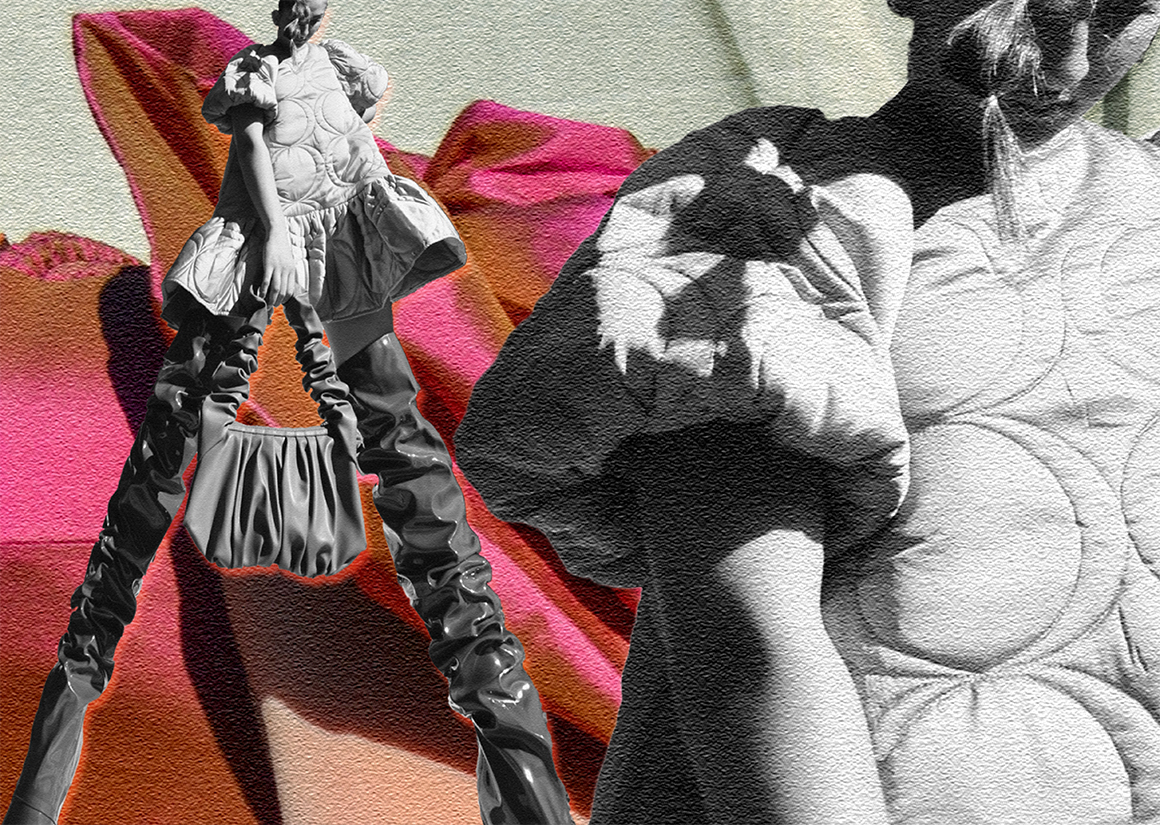 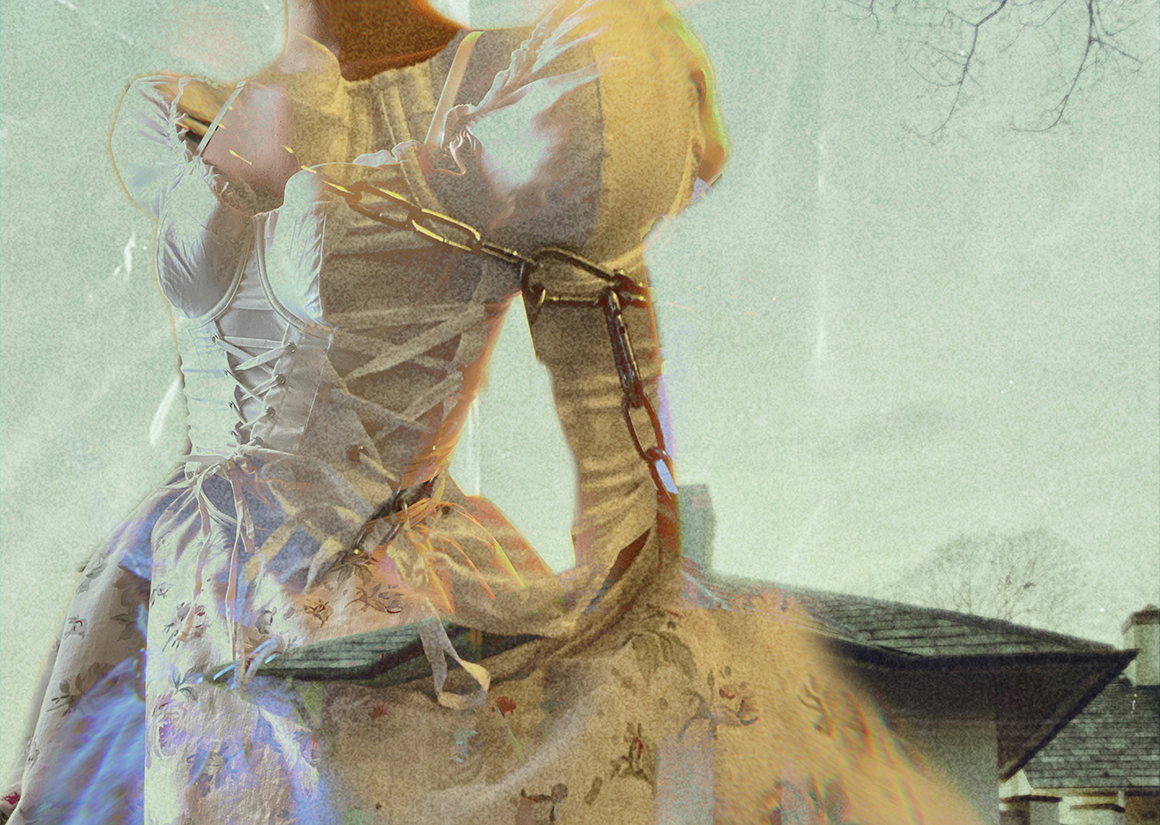 A forward-facing consideration of fashion, to offer new perspectives on femininity and womanhood

Regency-core/1800s fashion has been a significant trend in 2021, appreciating the opulent and ultra-feminine styles as well as being an outlet for nostalgia and escapism to the past. However I took more of an assertive approach, considering and provoking the oppressive values and attitudes behind these styles to represent femininity in a strong and powerful light. My idea development processes involved research into historical and contemporary fashion, physical and digital collaging, fabric and styling experimentation. The imagery was shot on medium format film to enhance the soft, nostalgic mood reflecting my distinctive visual language.

“Through fashion communication, I challenge narratives of femininity to empower modern day women and our future.”