Hello, My name is Stephanie and I'm from BCU!

Throughout my years in university, I have been fascinated by psychology, sociology and the scepticism in the world. I have always managed to reflect this within my work. Recognising the reasons why people behave the way they do and translating that within my work has been one of my priorities.

My message is: for everyone to explore different subjects because your passions can always be discovered from a subject that you would not have thought twice about. This is how I have found my interest in psychology, sociology and scepticism which has greatly helped me within my projects.

My idea stemmed from a Travis Scott Music Video.

After watching Travis Scott’s Butterfly Effect music video, the captivating aesthetics inspired me and lead me into the investigation of the video’s title. In simple terms, the butterfly effect is an idea that states that a small change in the present can lead to a big impact in the future. I found that this concept related closely with the idea of parallel realities. The movies regarding the butterfly effect showed people seeing different versions of themselves in different realities.

After researching the concept of parallel realities, I found that there were keywords I wanted to explore in my project which are difference, change, reoccurrence and energy. The word ‘energy’ has been included because in my concept boards I have reflected the energy that is involved when switching dimensions, which is commonly shown in movies and shows through a burst of light/colour, warp and energy. This energy has been reflected in my boards through vibrant colours, imagery and abstract storytelling 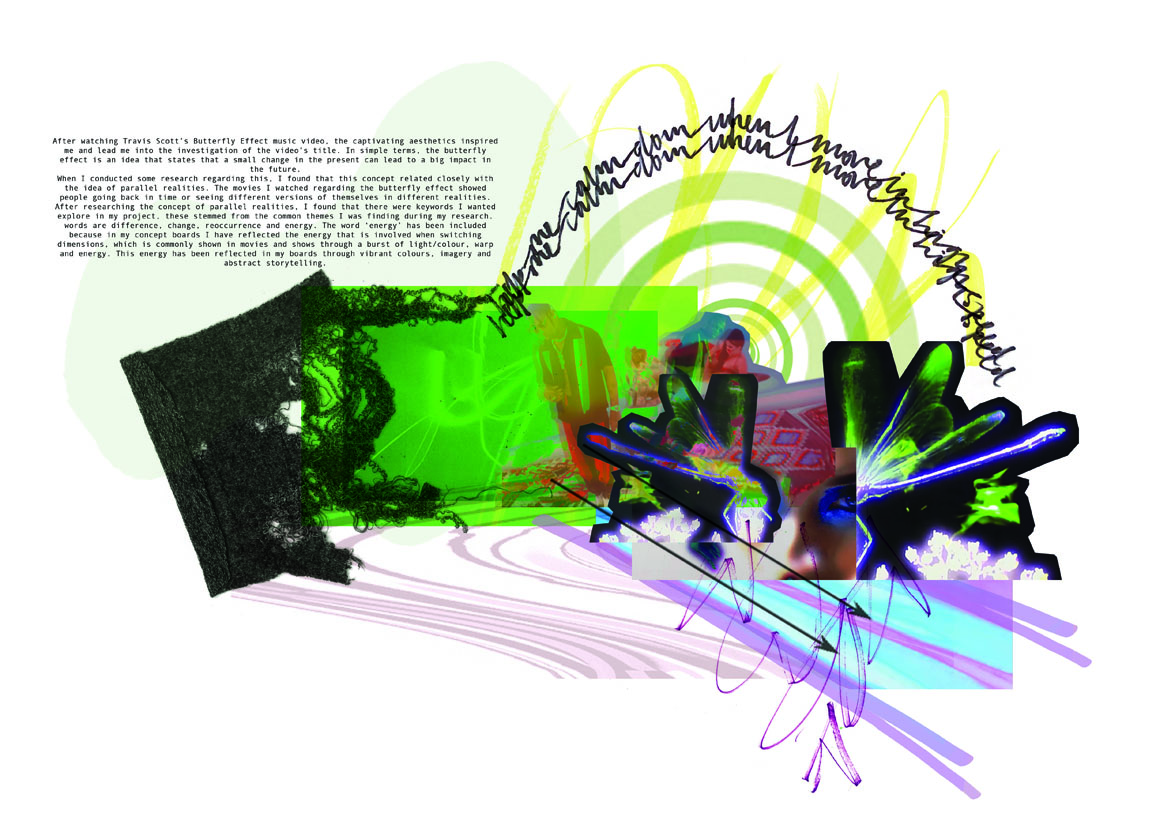 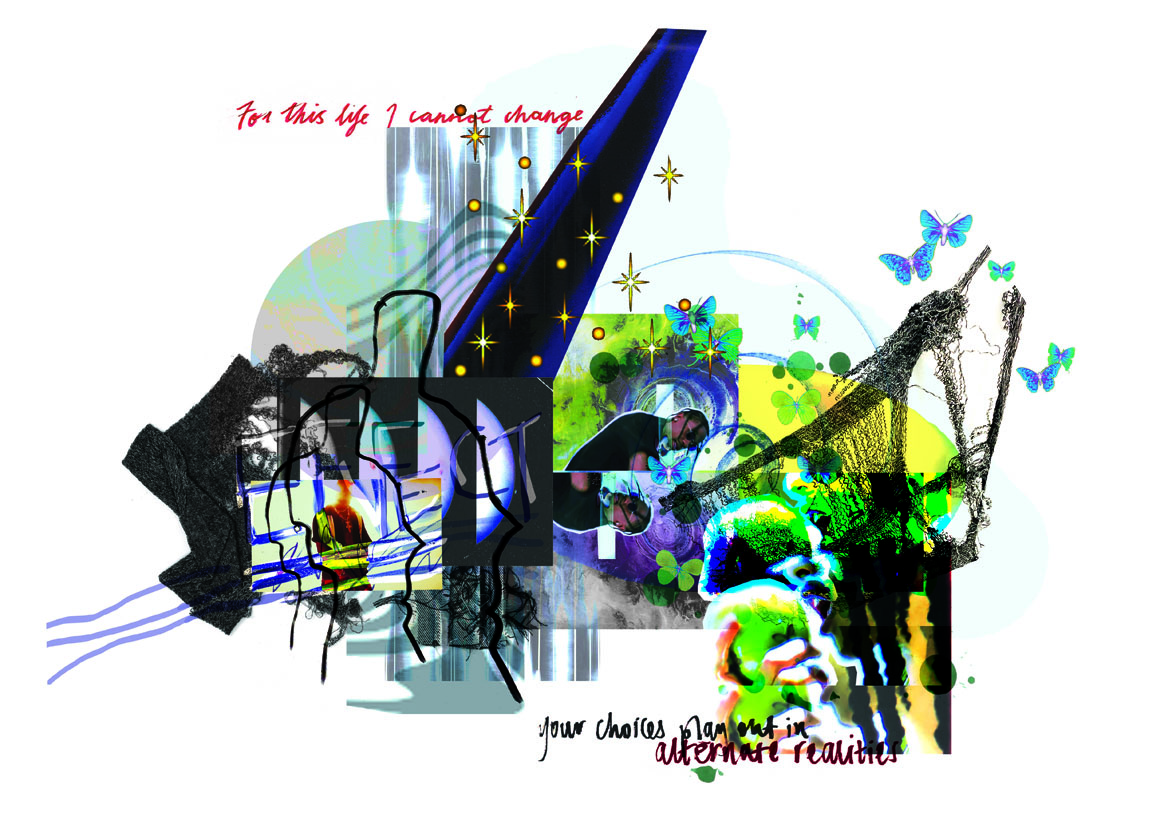 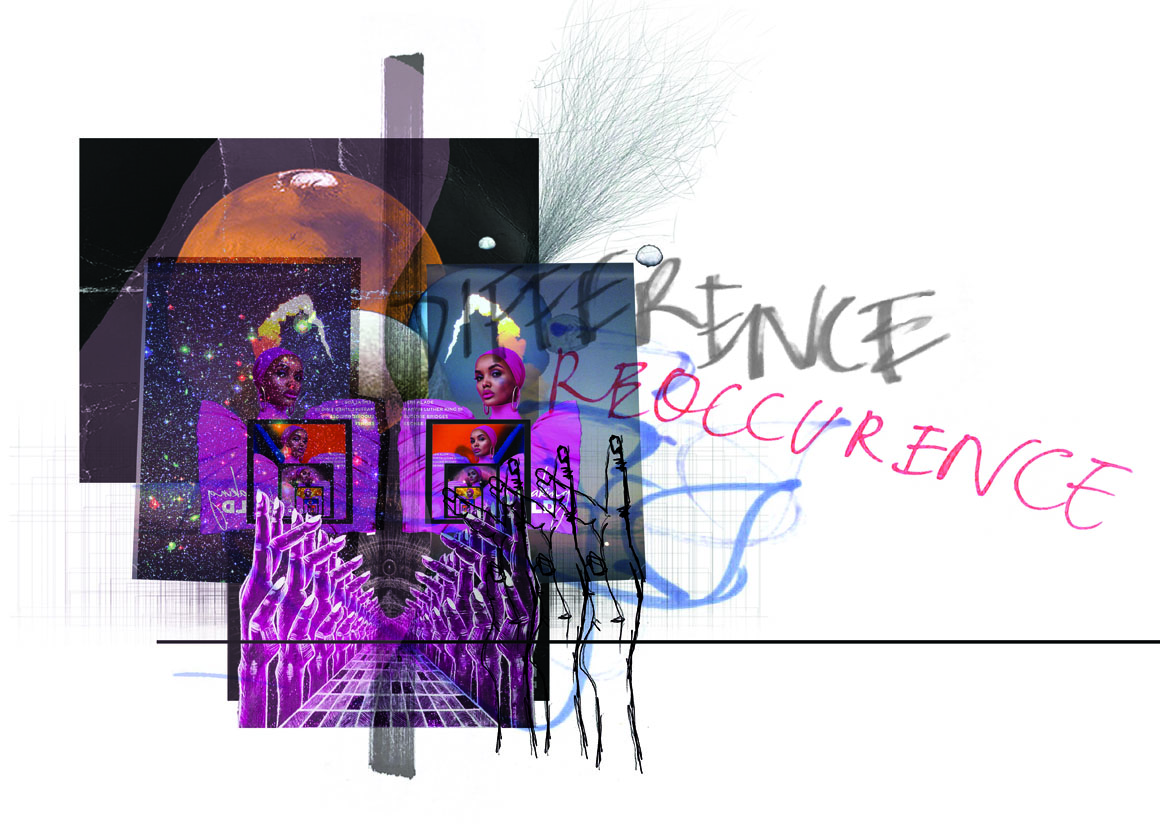 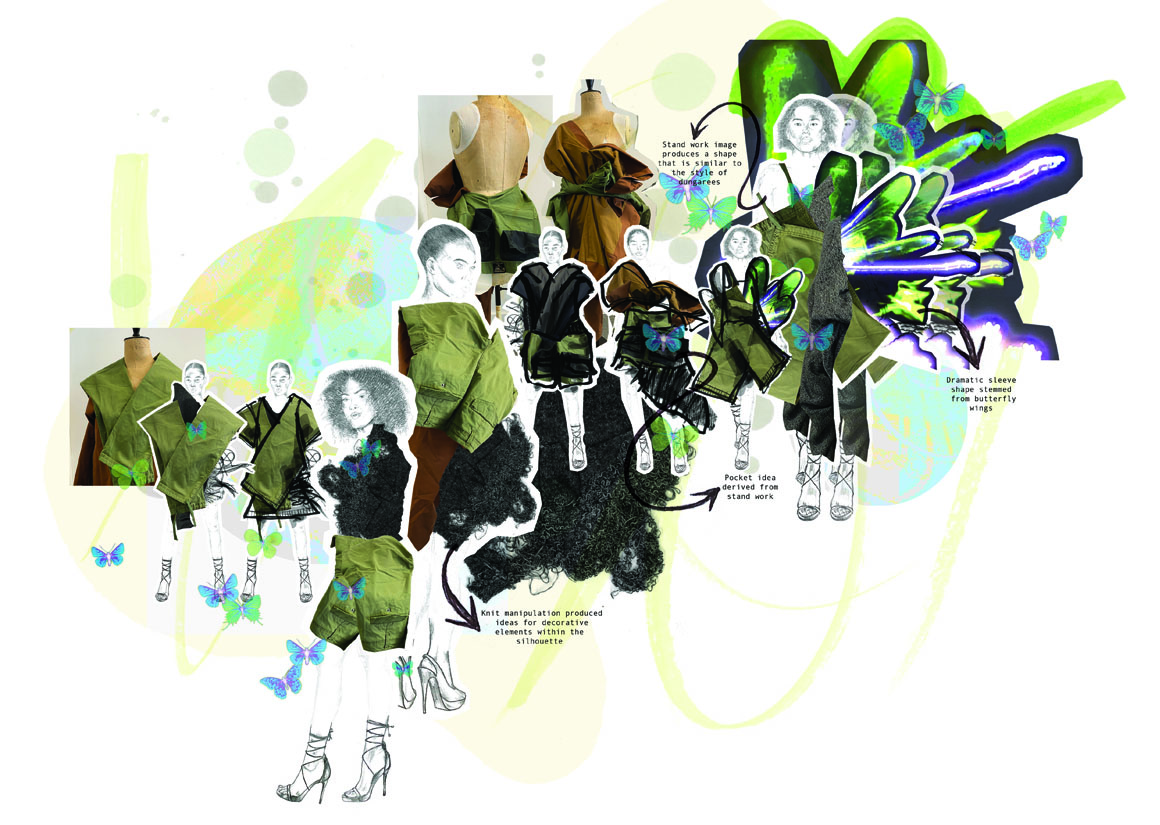 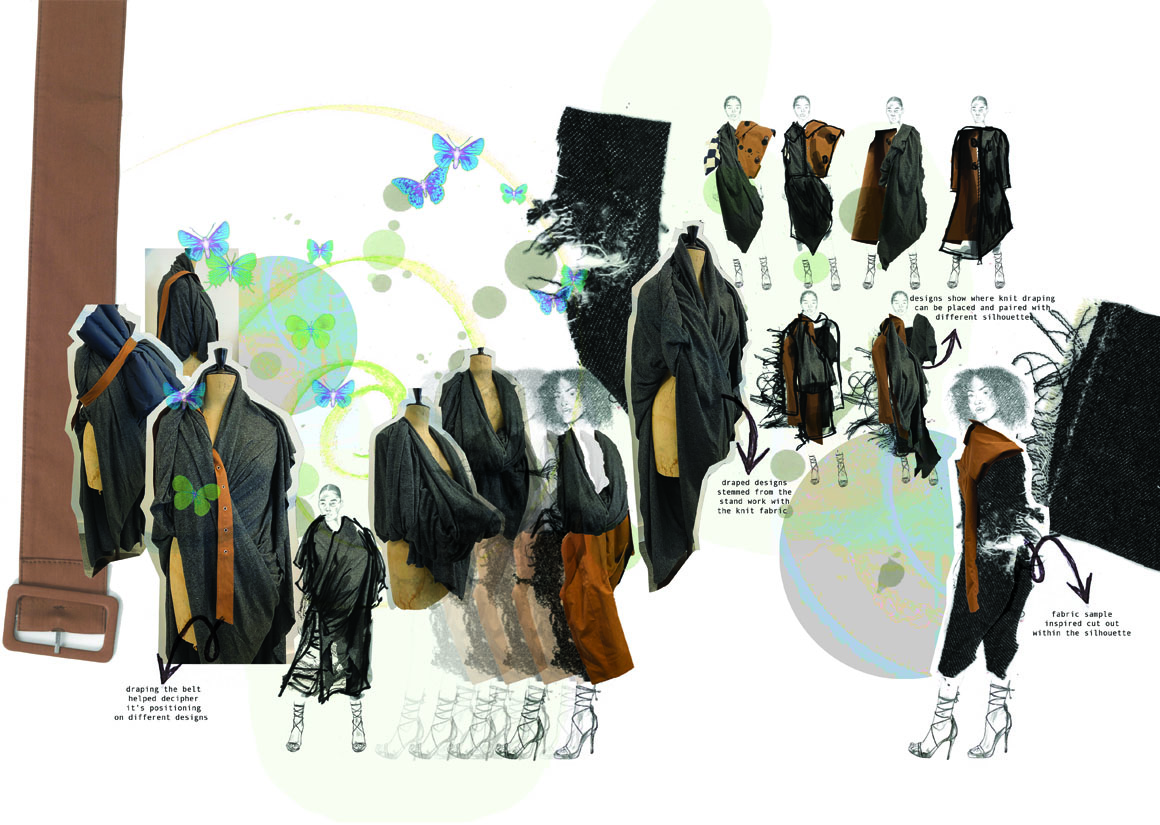 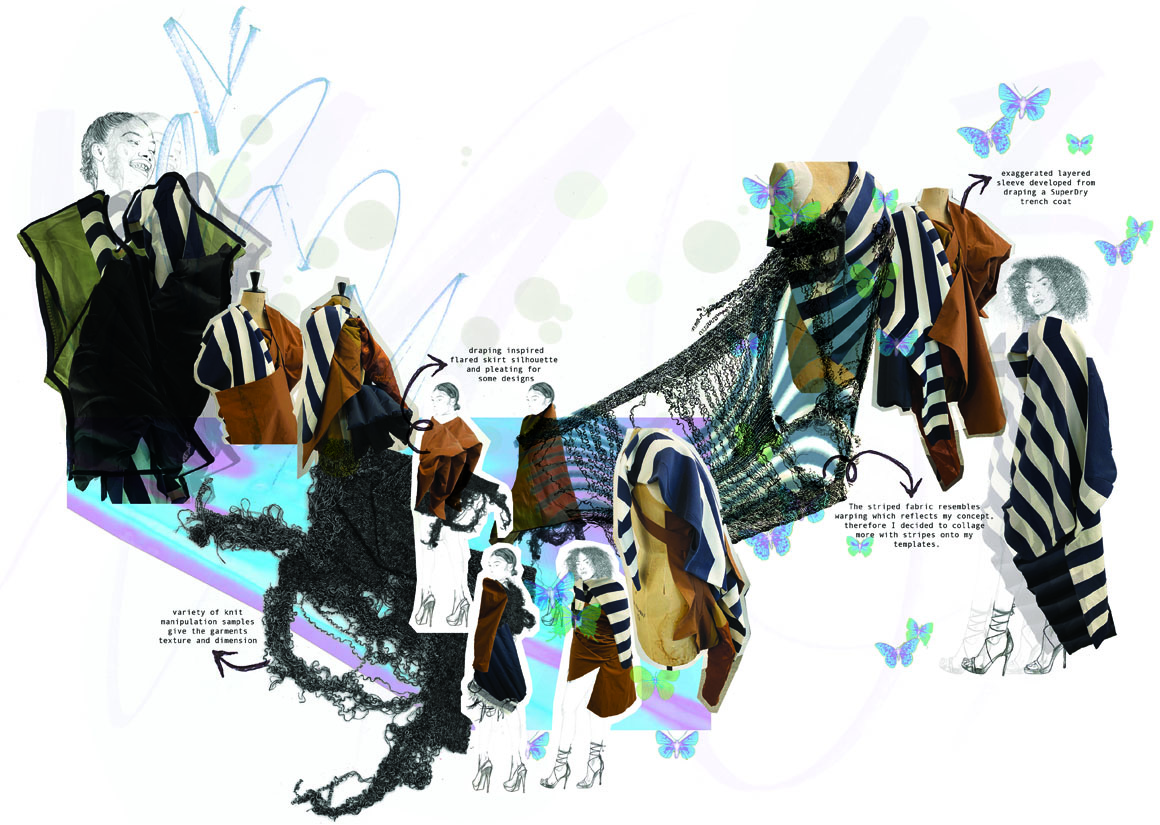 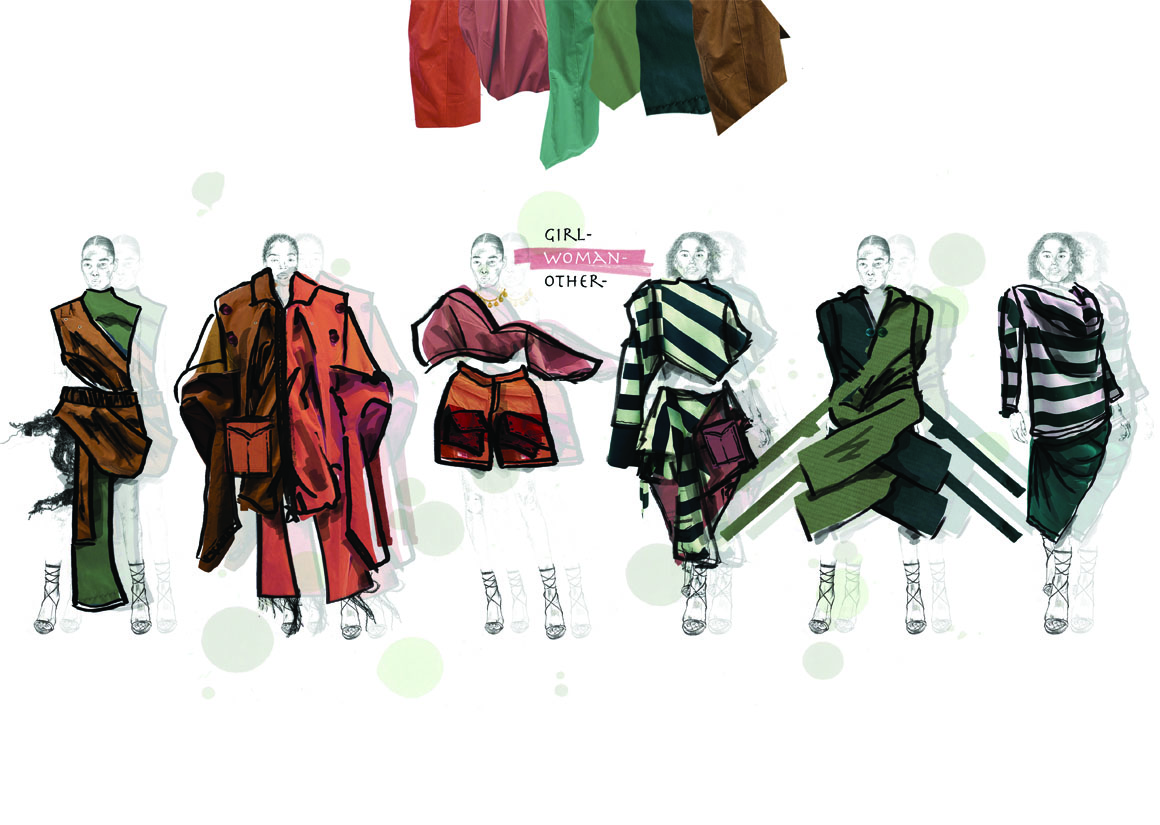 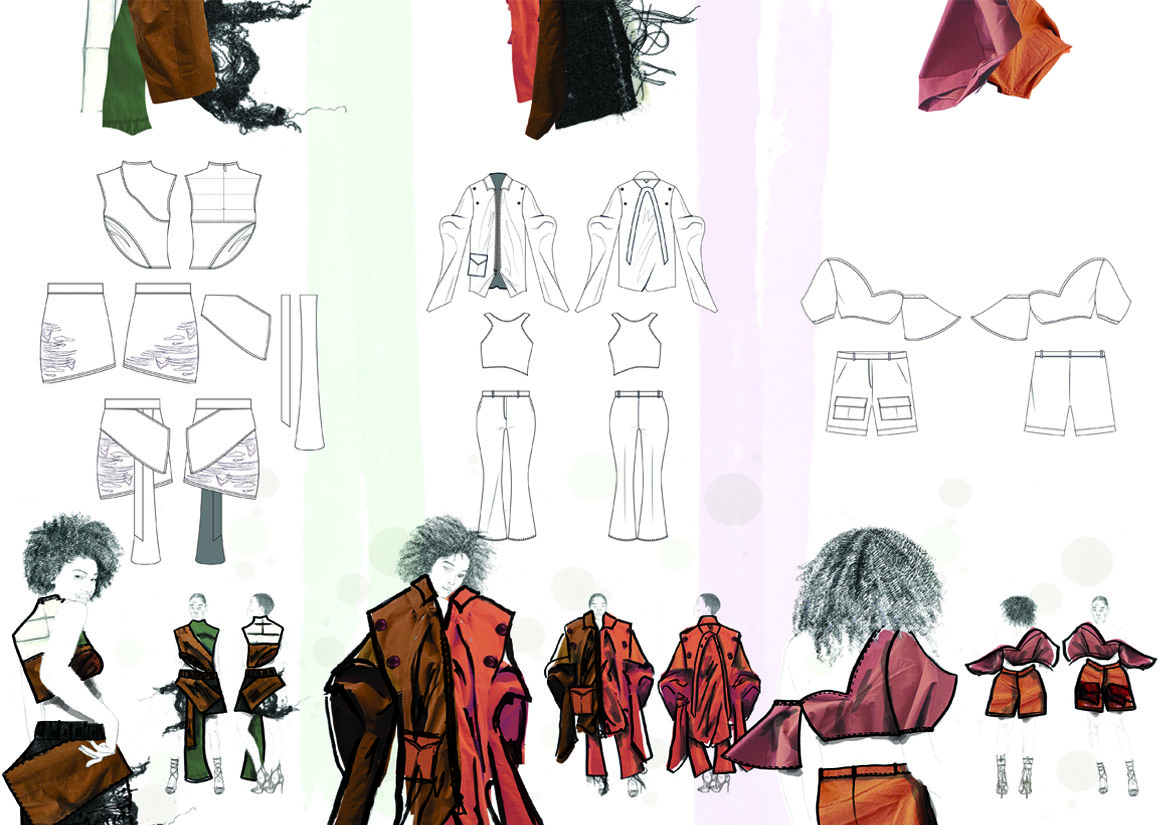 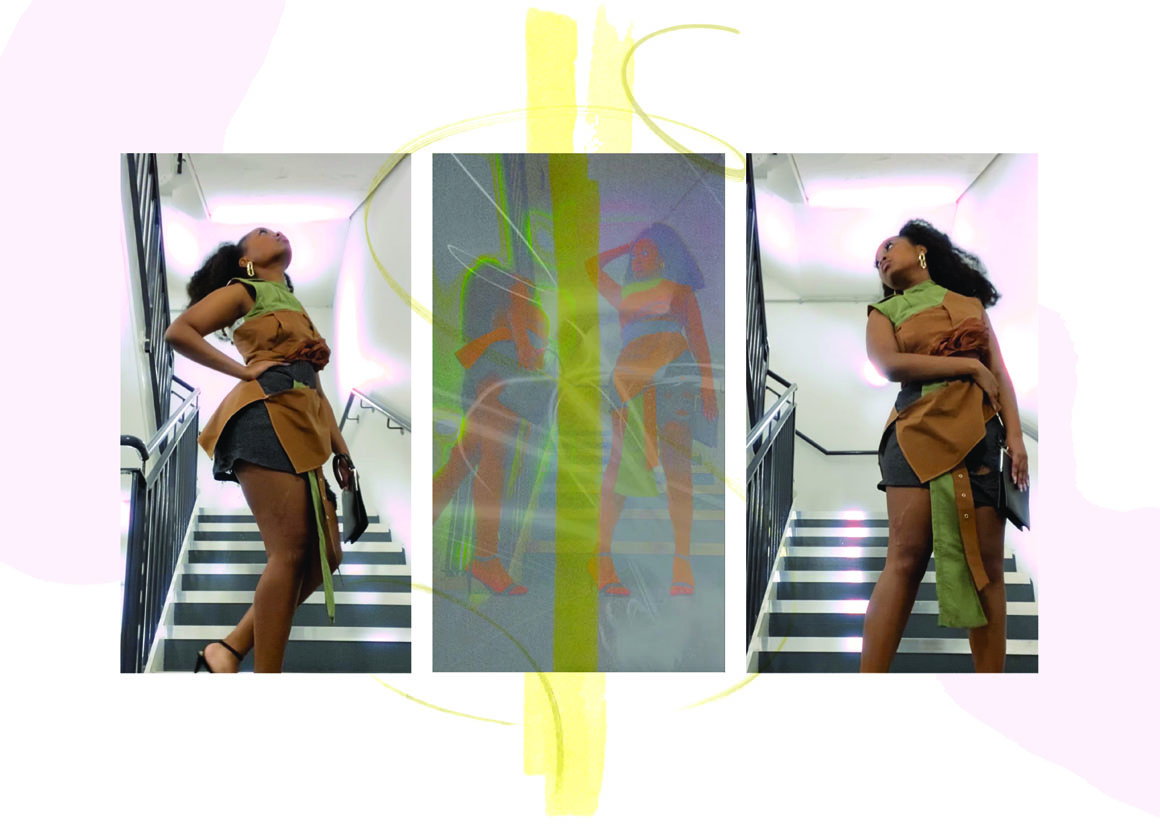 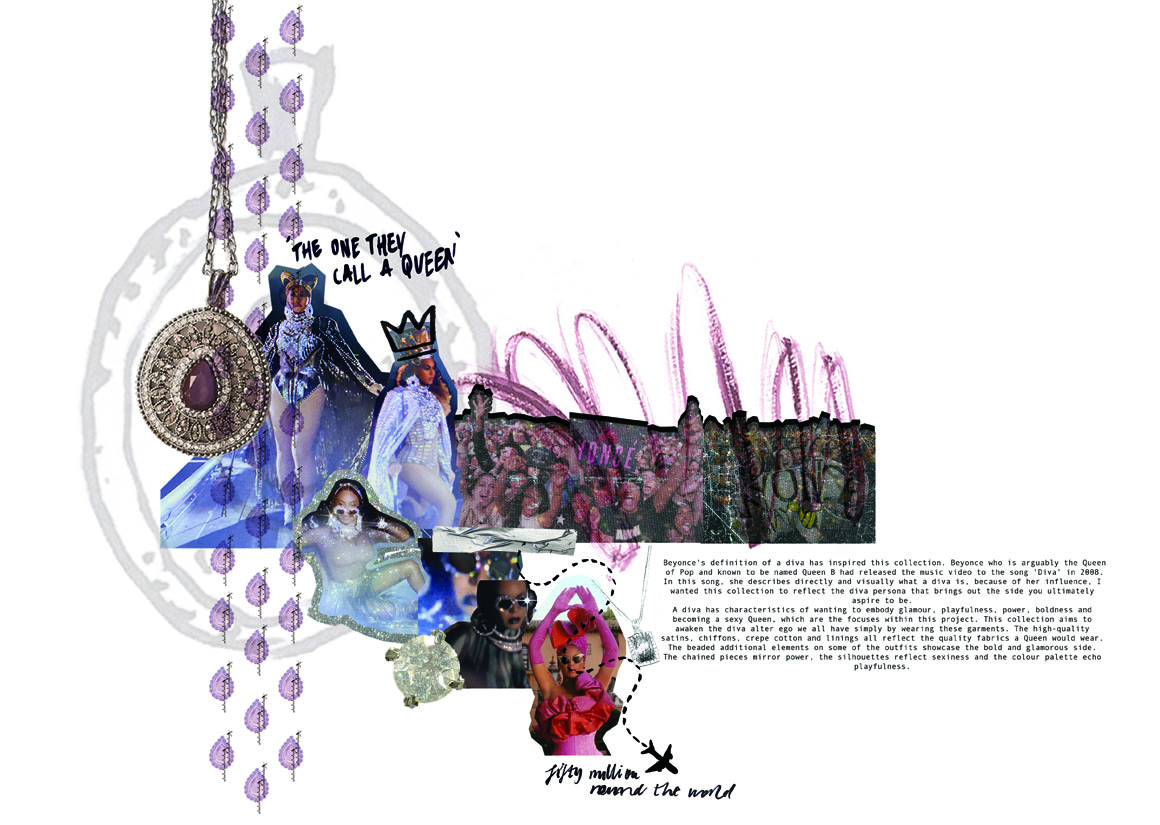 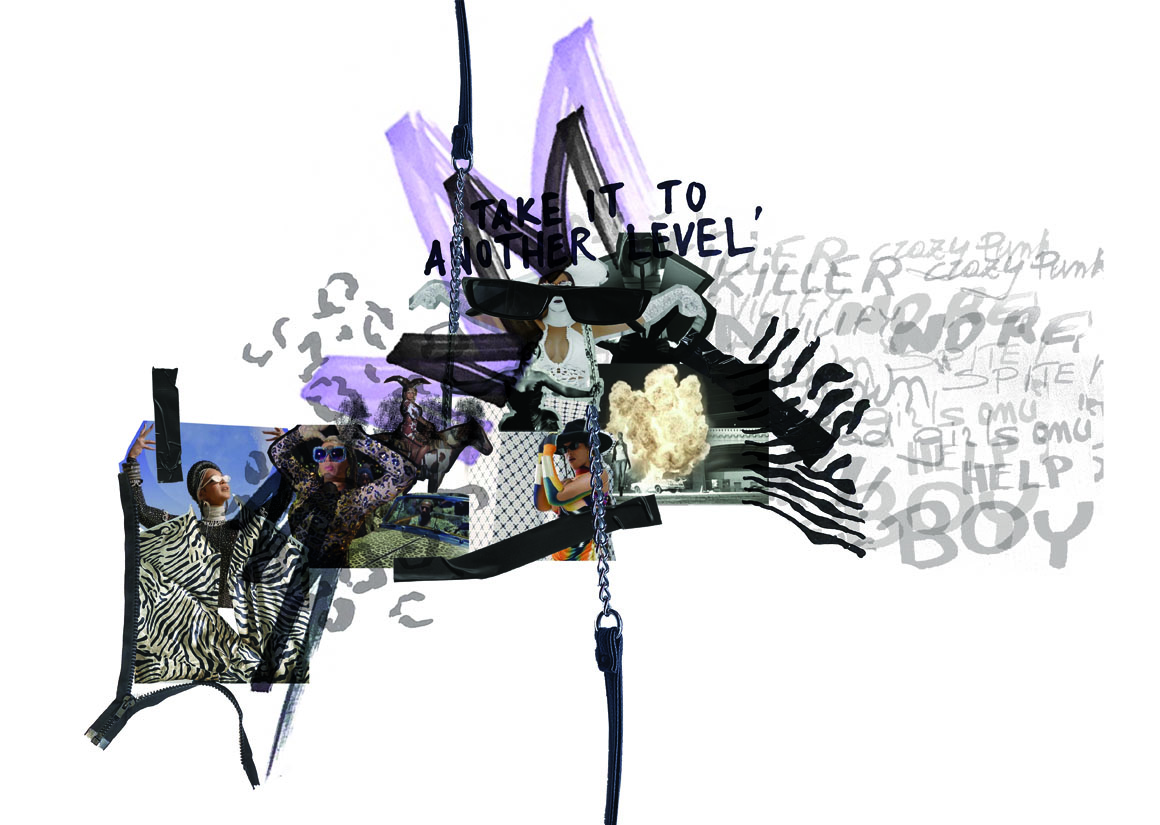 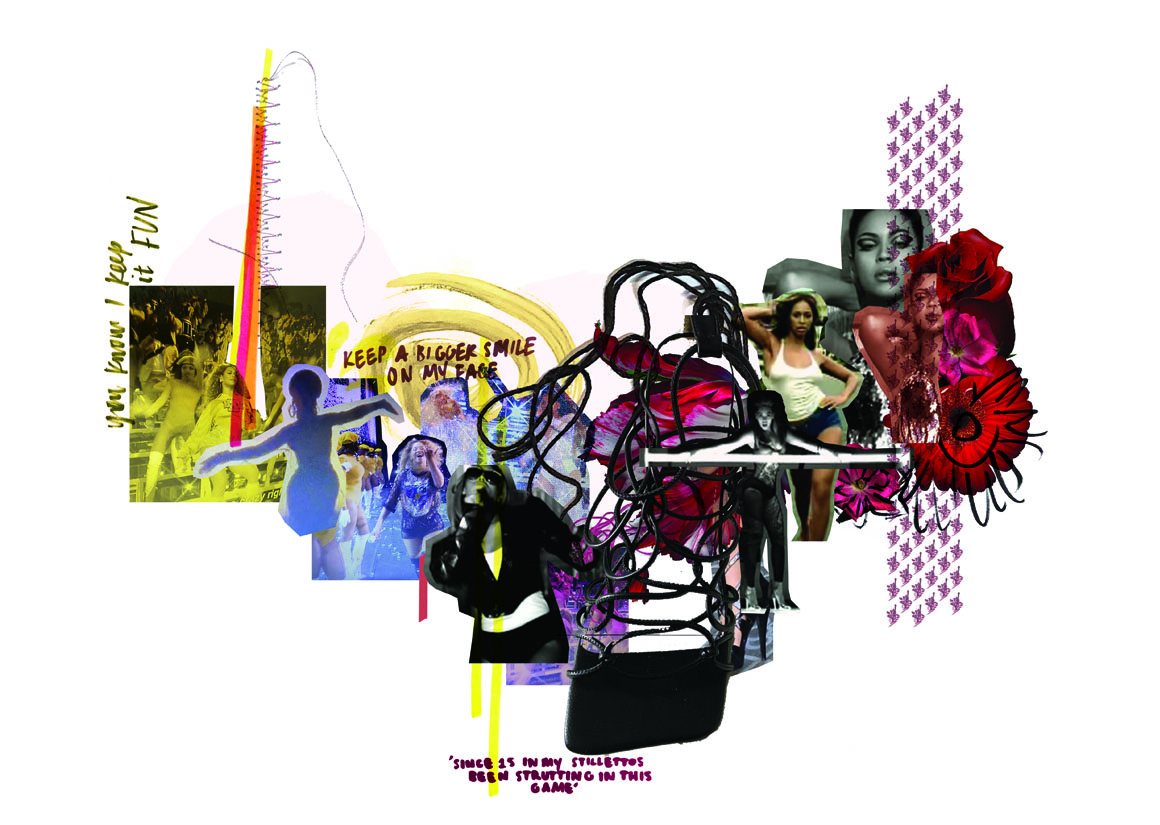 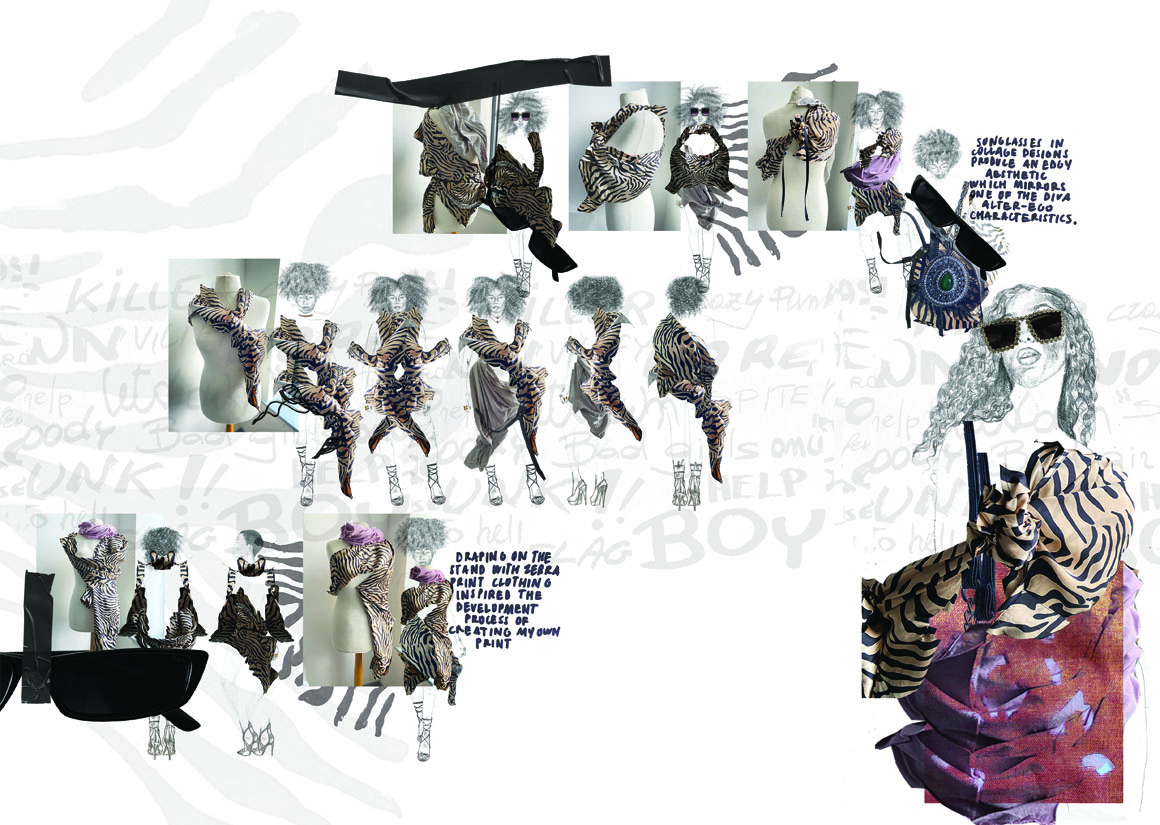 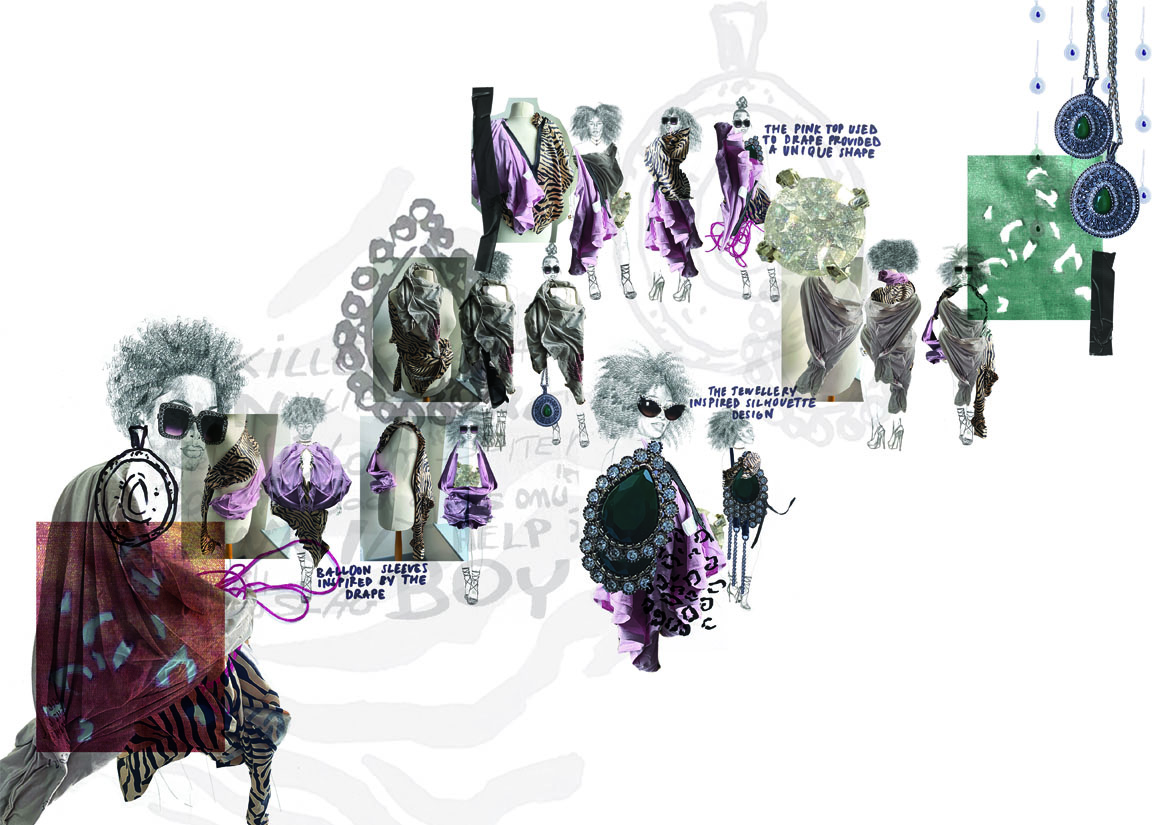 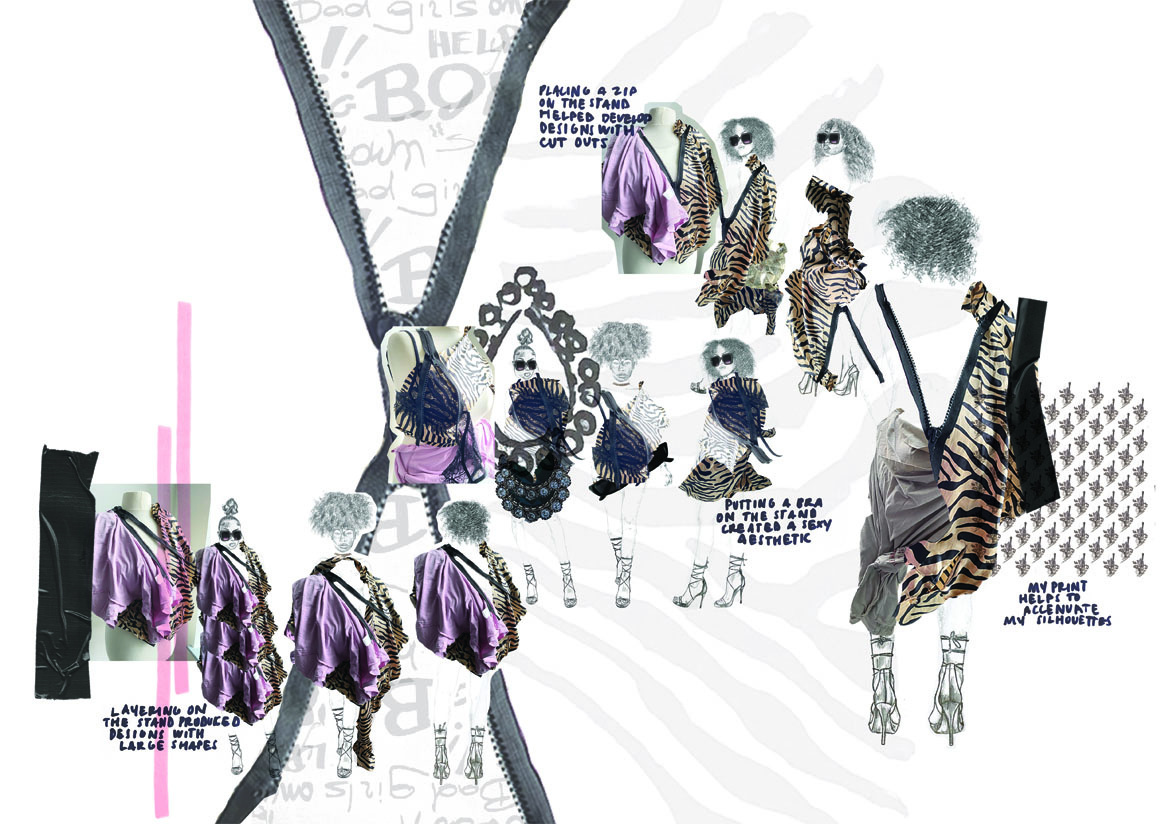 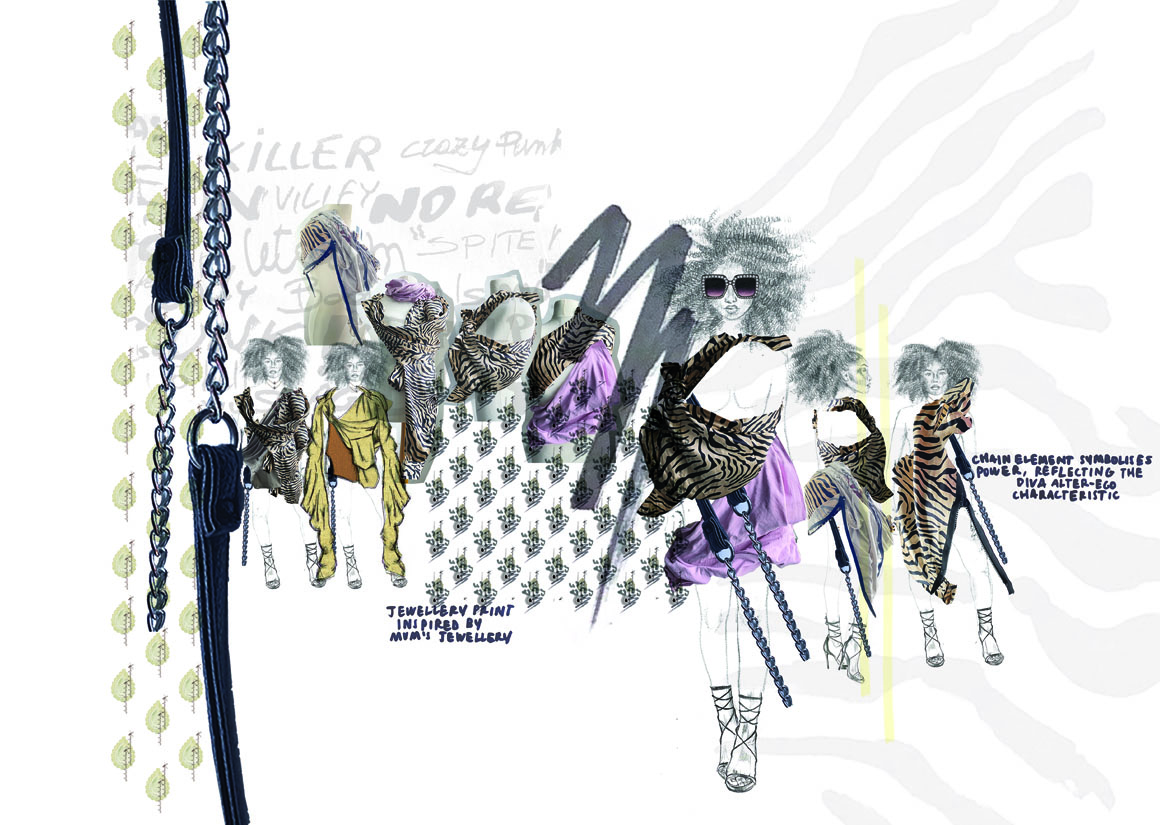 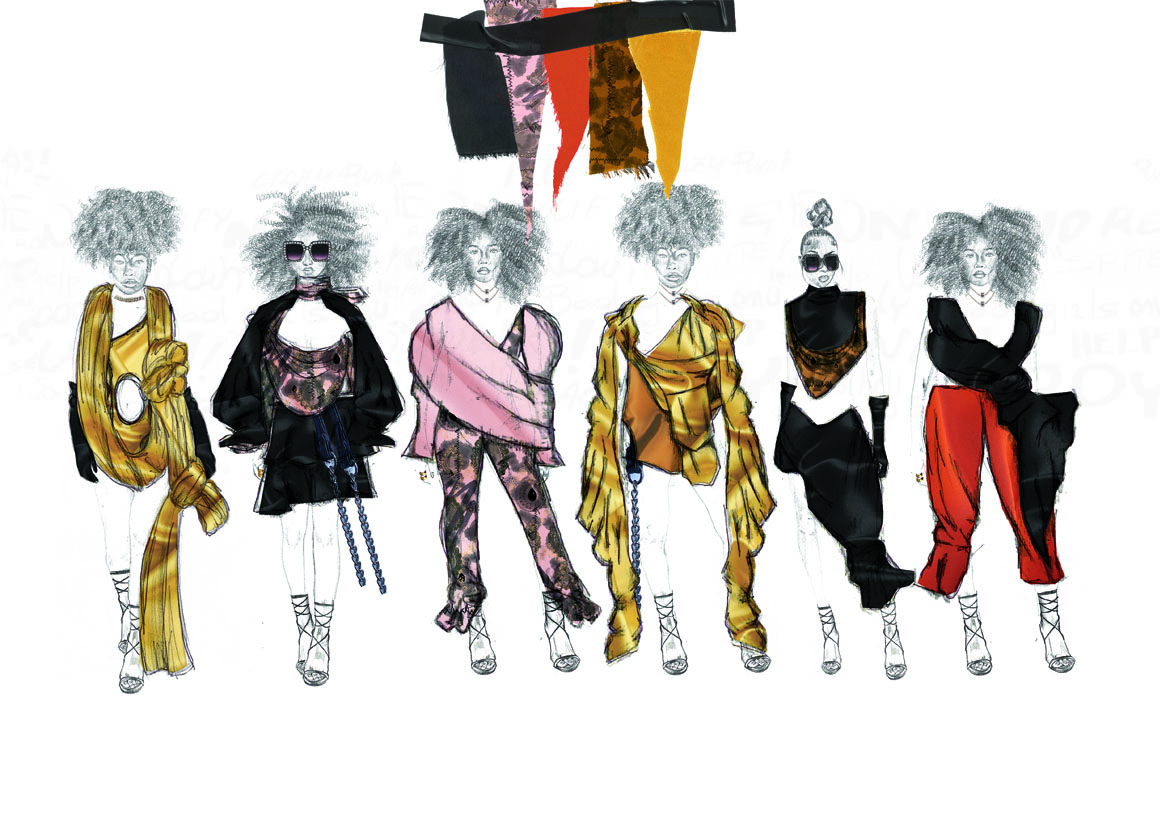 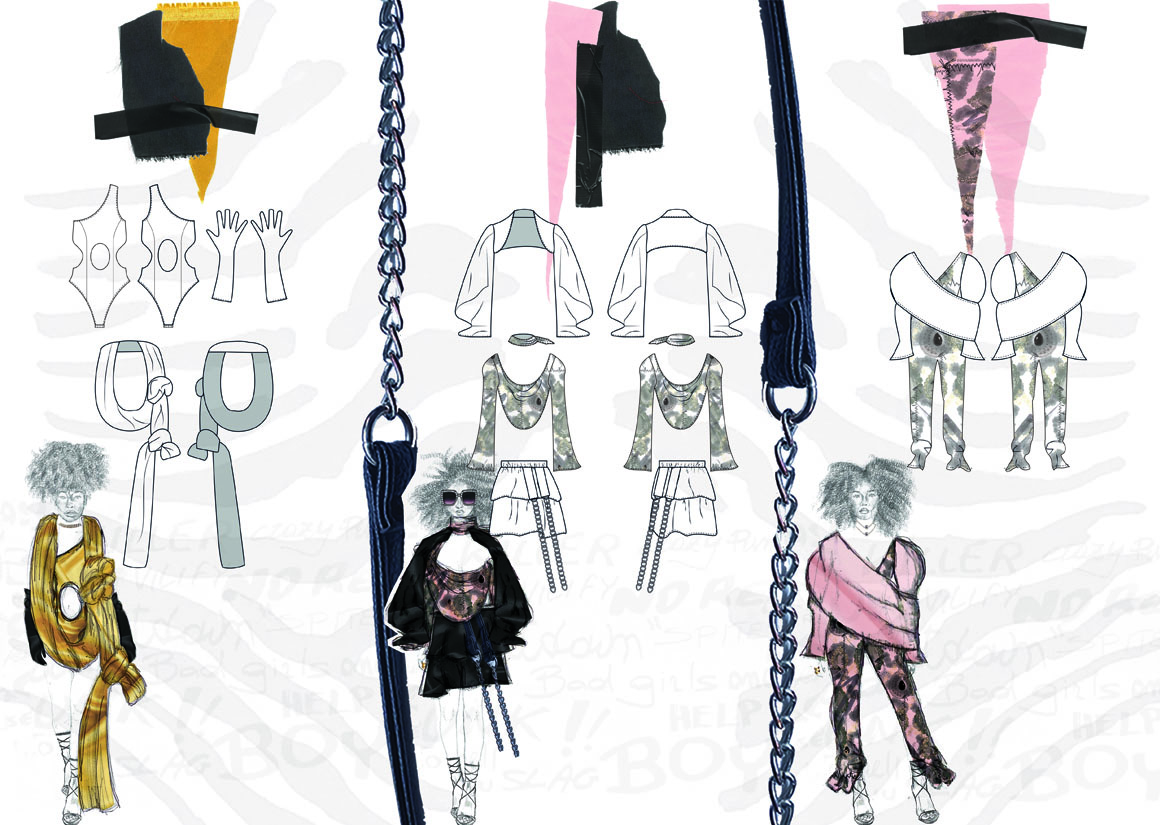 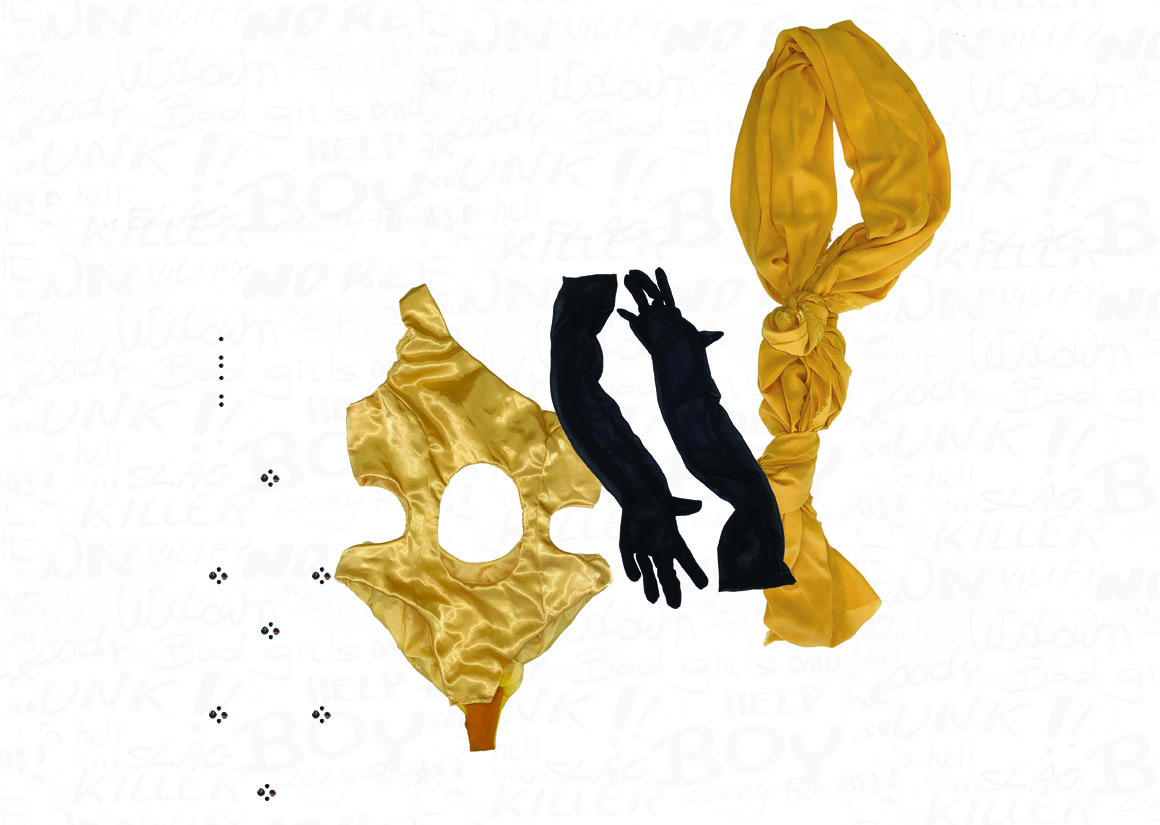 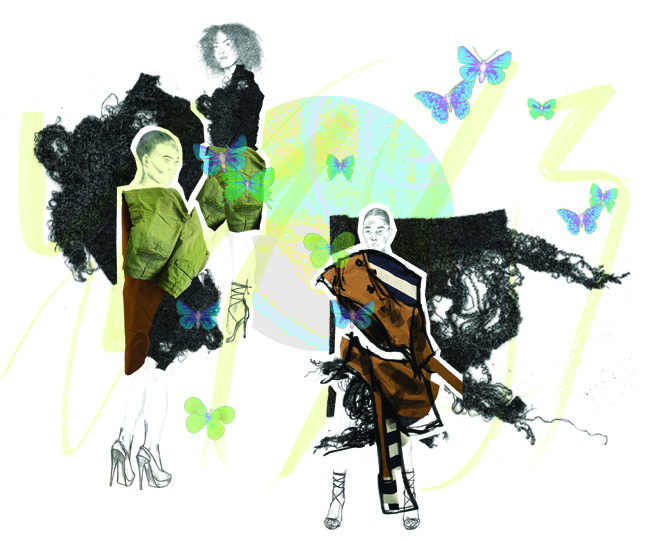 My collaboration with SuperDry provided me with materials to deconstruct

My university gave myself and other students the pleasure of collaborating with SuperDry where they provided us with SuperDry clothing to deconstruct. The items I chose were a long-sleeved buttoned-down beige trench coat and a pair of cargo green trousers. In addition, I had 3 meters of knit jersey and a wadded puffer element. I chose to utilise the knit jersey and experiment with different shredding effects with it which ended up being very successful and contributed to the appeal of my final garment.