I am ready for a long-term commitment to the textile and fashion industry. I like to study the clothes of people from different eras, and I like classic movies, classic music, food, oil painting, video games, these are the places where I draw inspiration.

I like to see the work of some avant-garde artists, and I will be inspired by their work and used in my own designs, I prefer to do something forward that does not currently exist, although it is a great risk, but it is much better to be brave in front than to be quiet behind others.

Gentleness under a strong shell

I live in a university where the number of girls is much larger than that of boys, I have a lot of girls around me, living in this environment for four years, there is a problem that has been causing my concern, Many of my female classmates were harassed by strange men while they were out on vacation, although they are not physically hurt, but this matter makes people feel angry and worried.

I compared the physical differences between men and women in the design process, which is one of the reasons I think women are sexually harassed by some men is that women are not as strong as men in appearance, so I looked at the shape of rugby uniforms and muscles and designed a series of profiles that made women look strong. In terms of materials, I chose very comfortable and soft latex material, with inflatable way and my design combined to support my series profile. 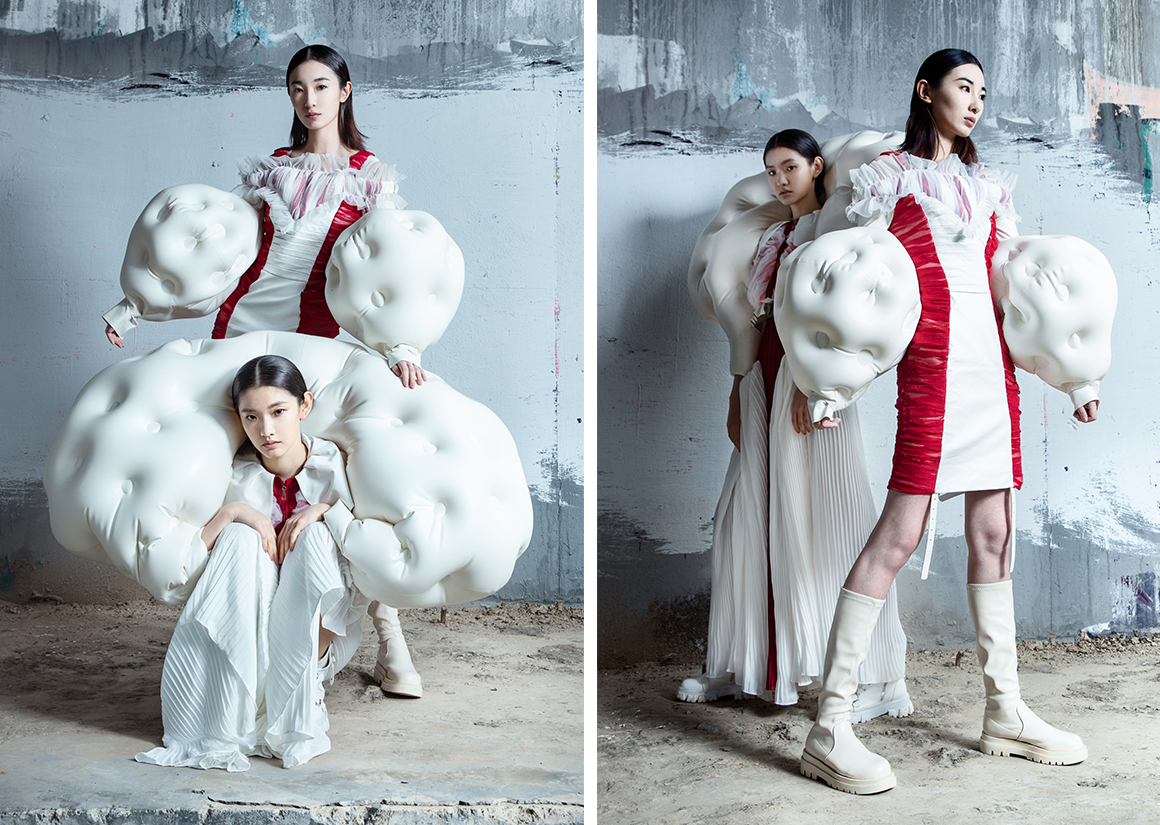 The photo scene is a frequent place for harassment 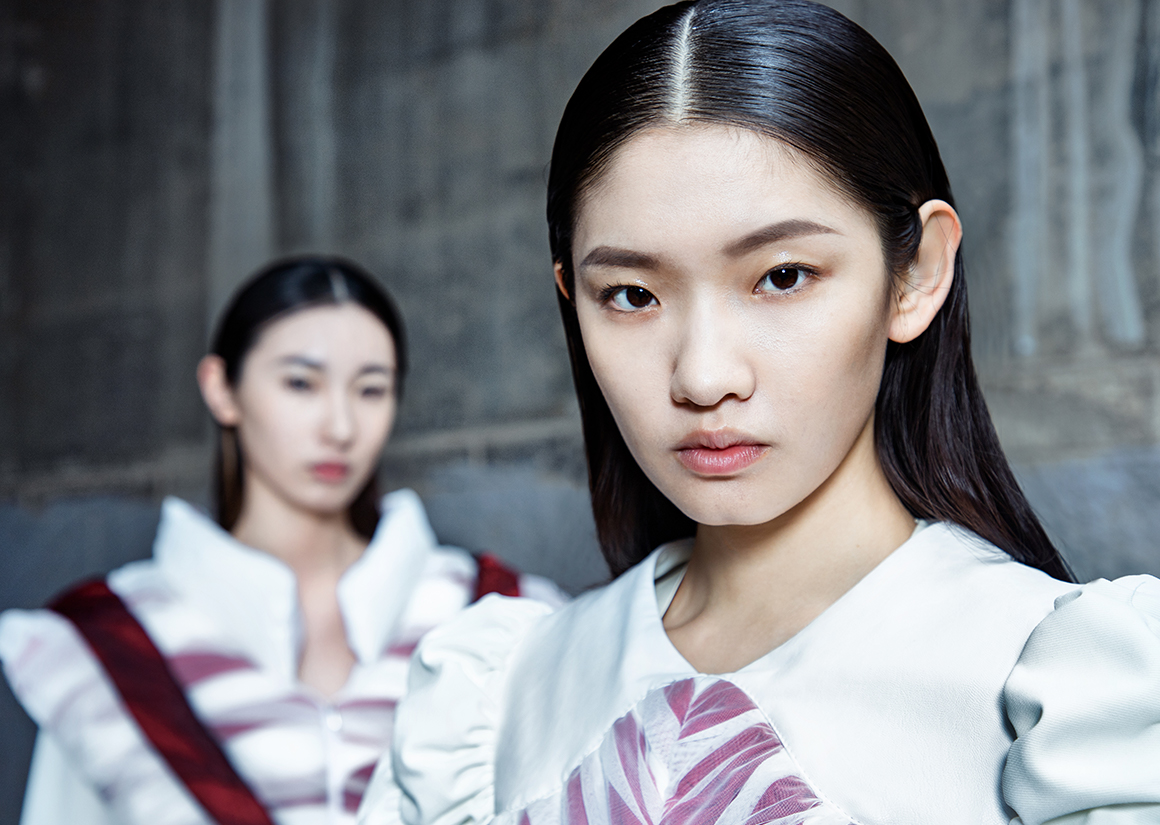 The photography scene is not far from my school 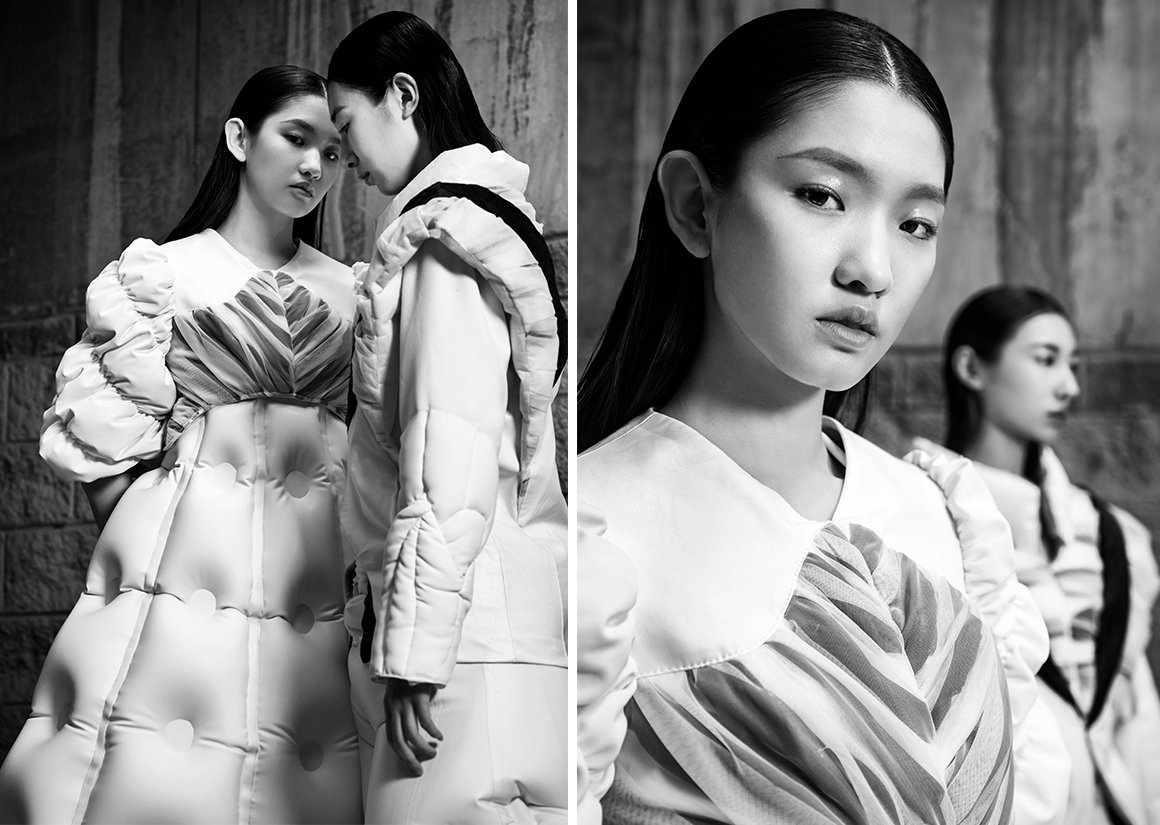 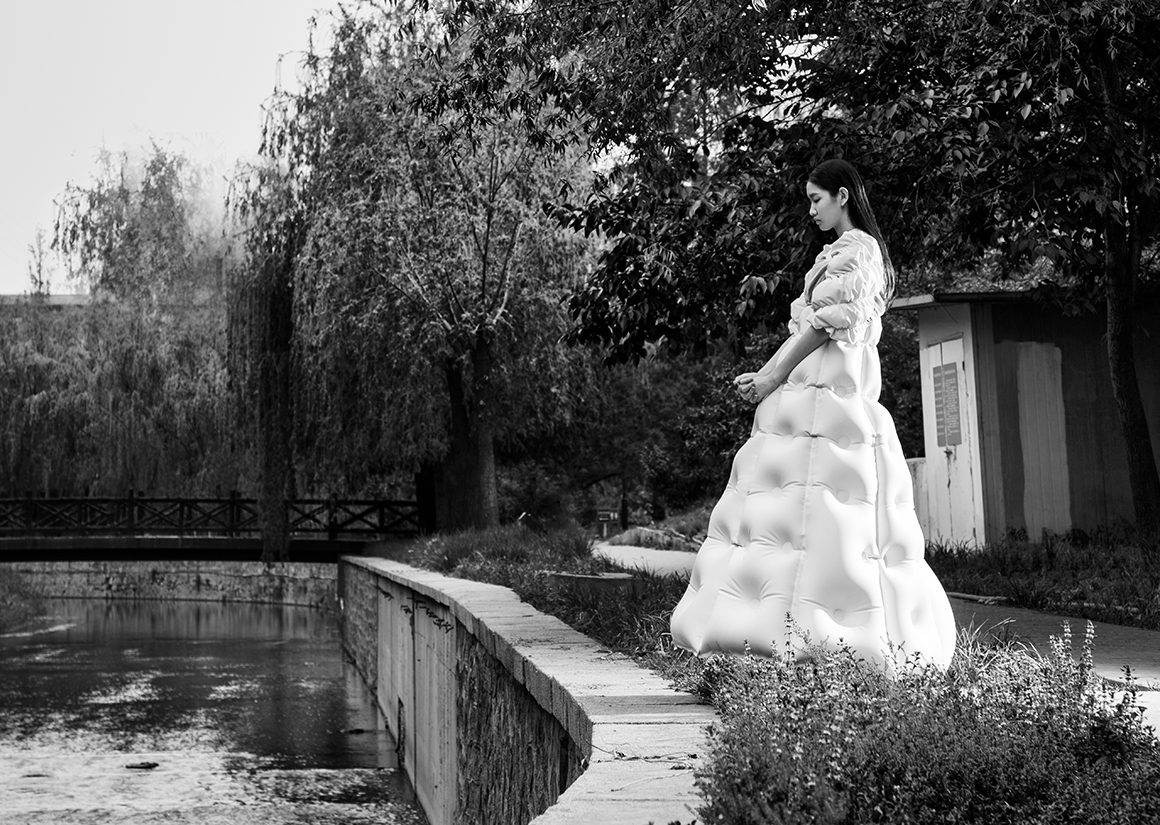 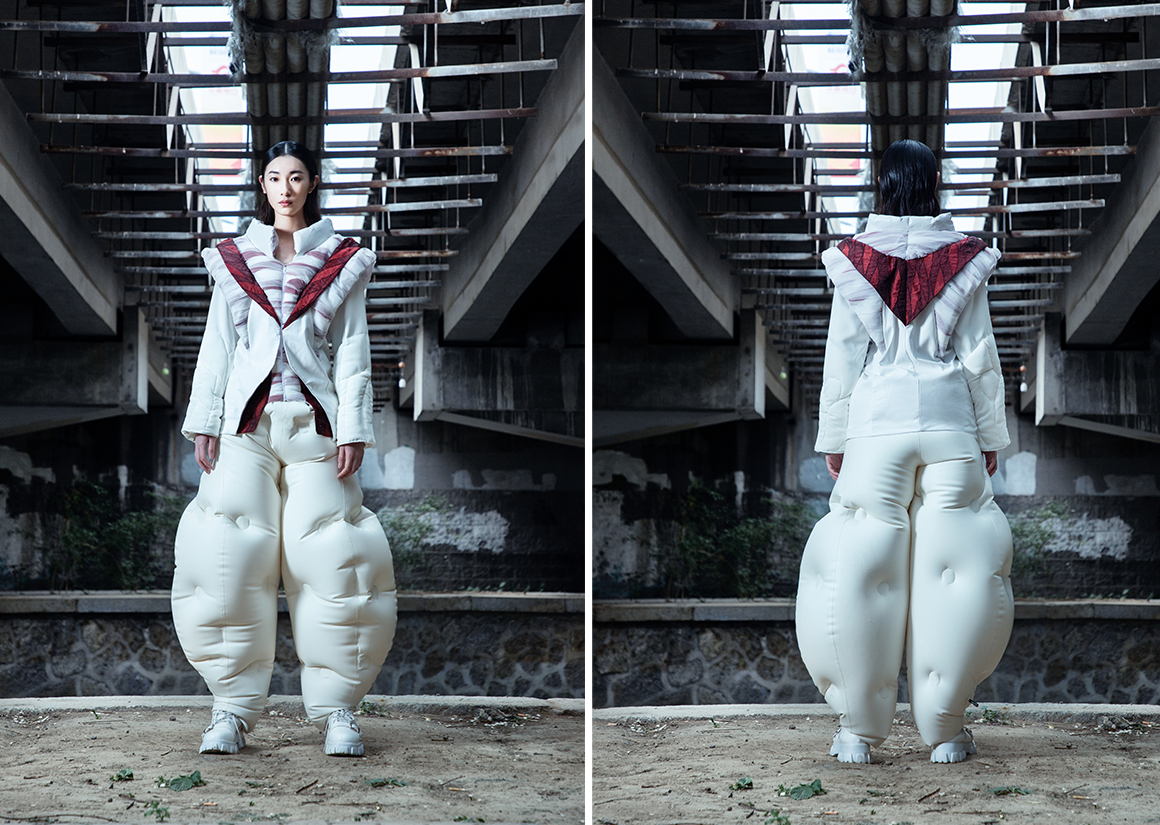 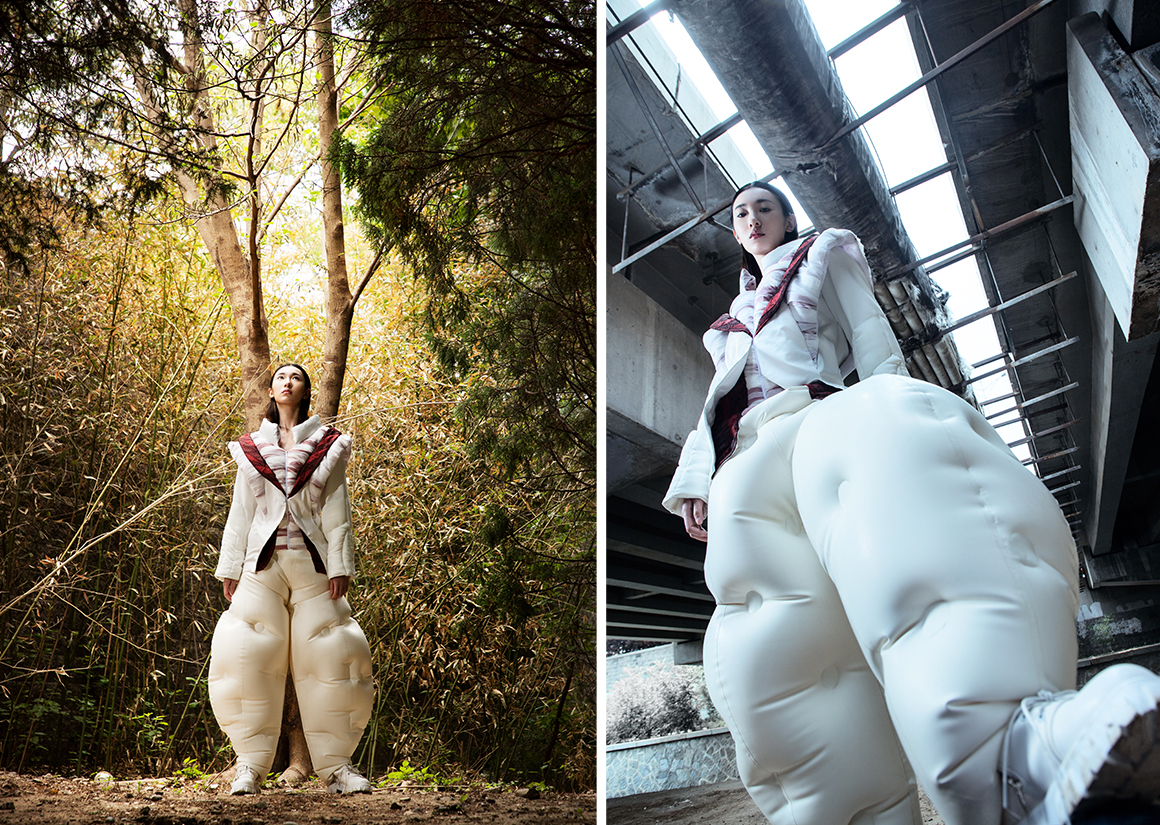 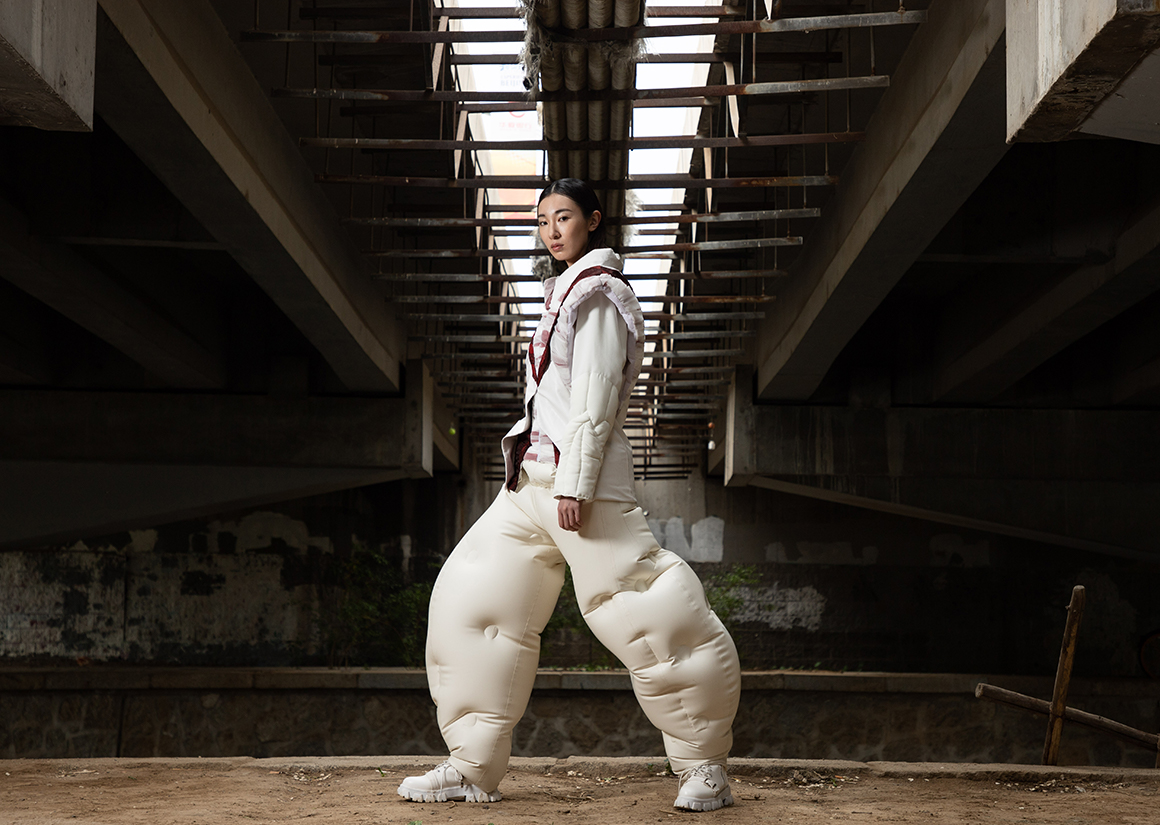 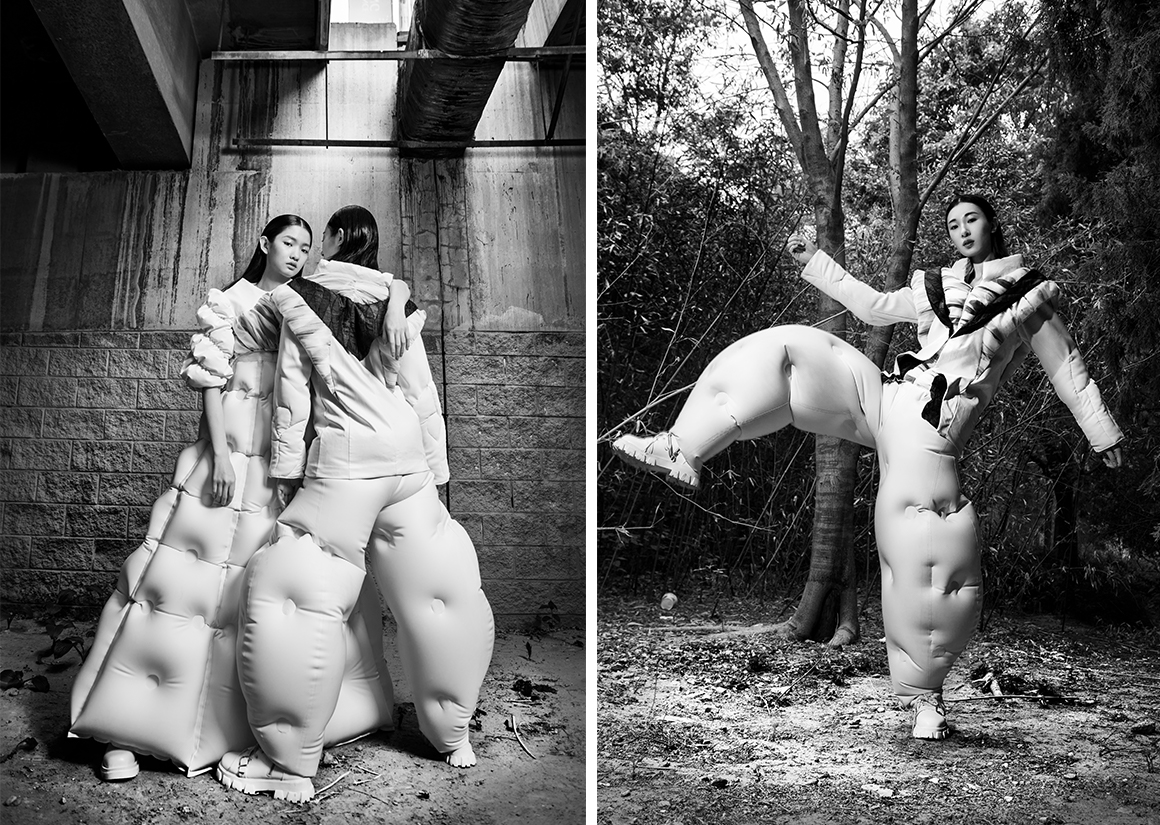 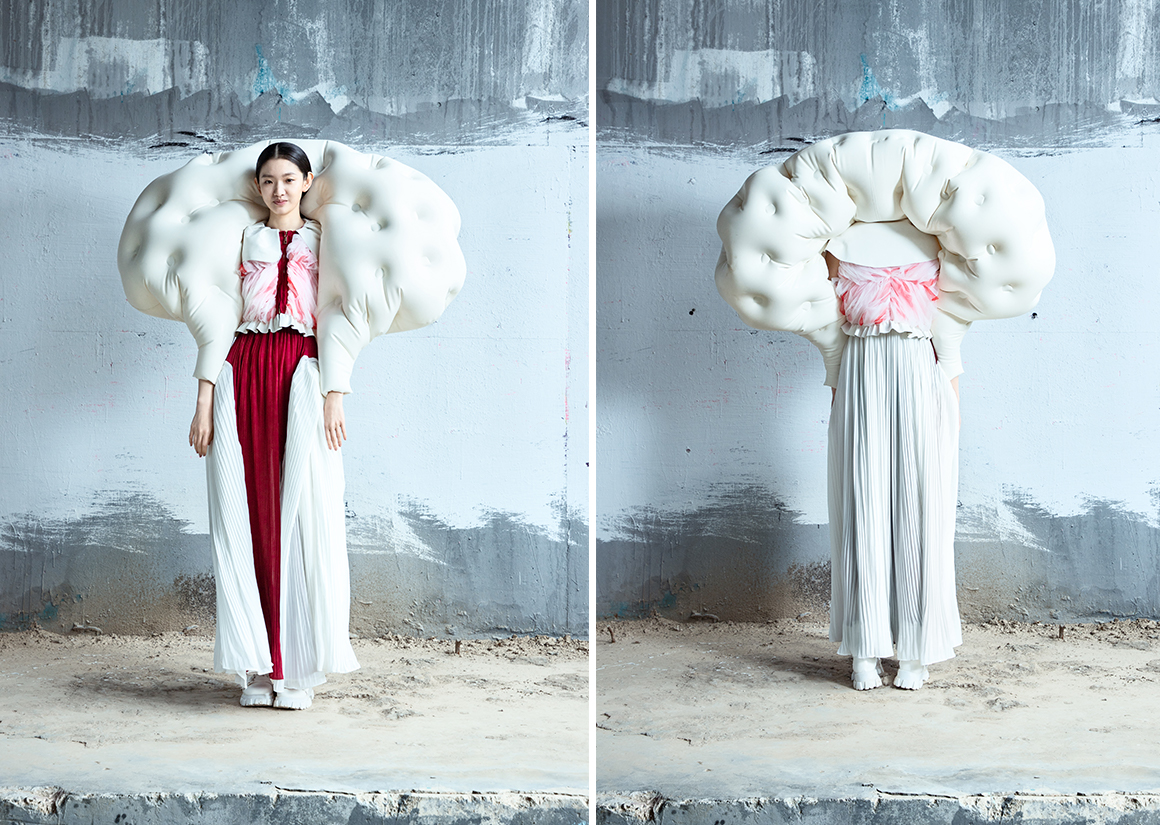 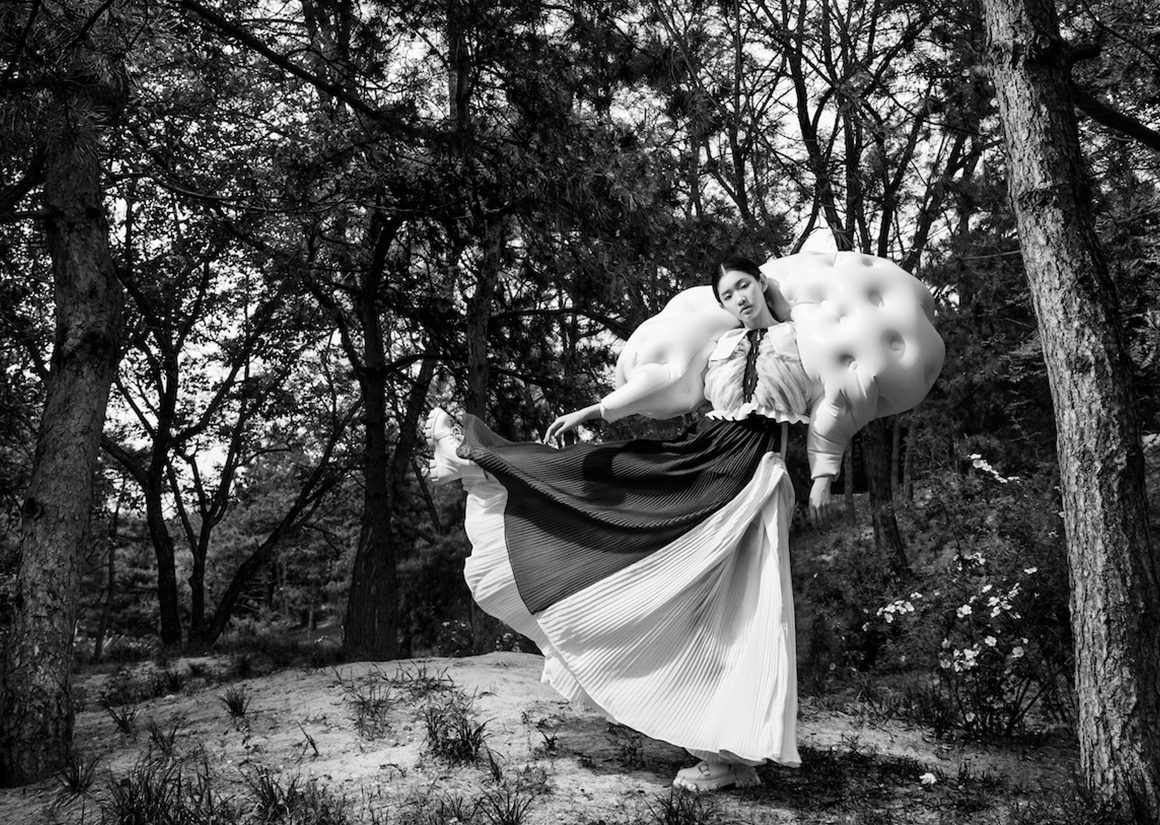 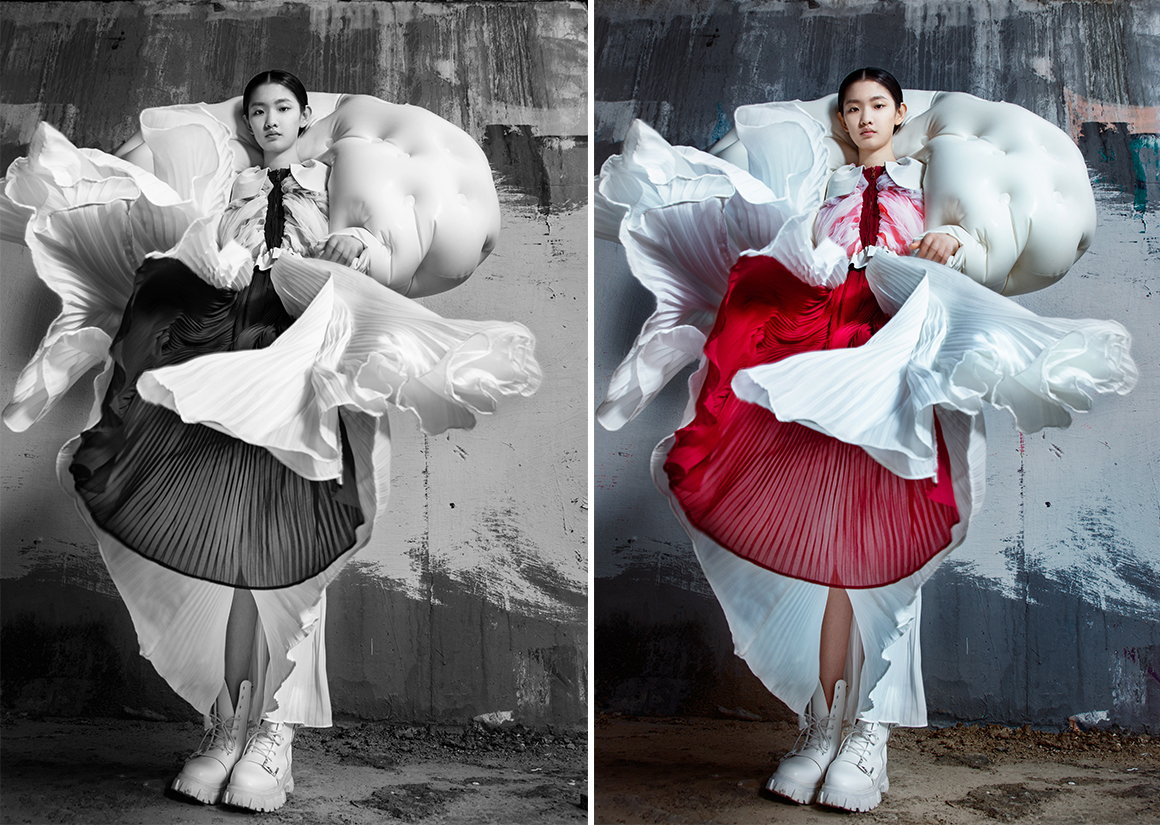 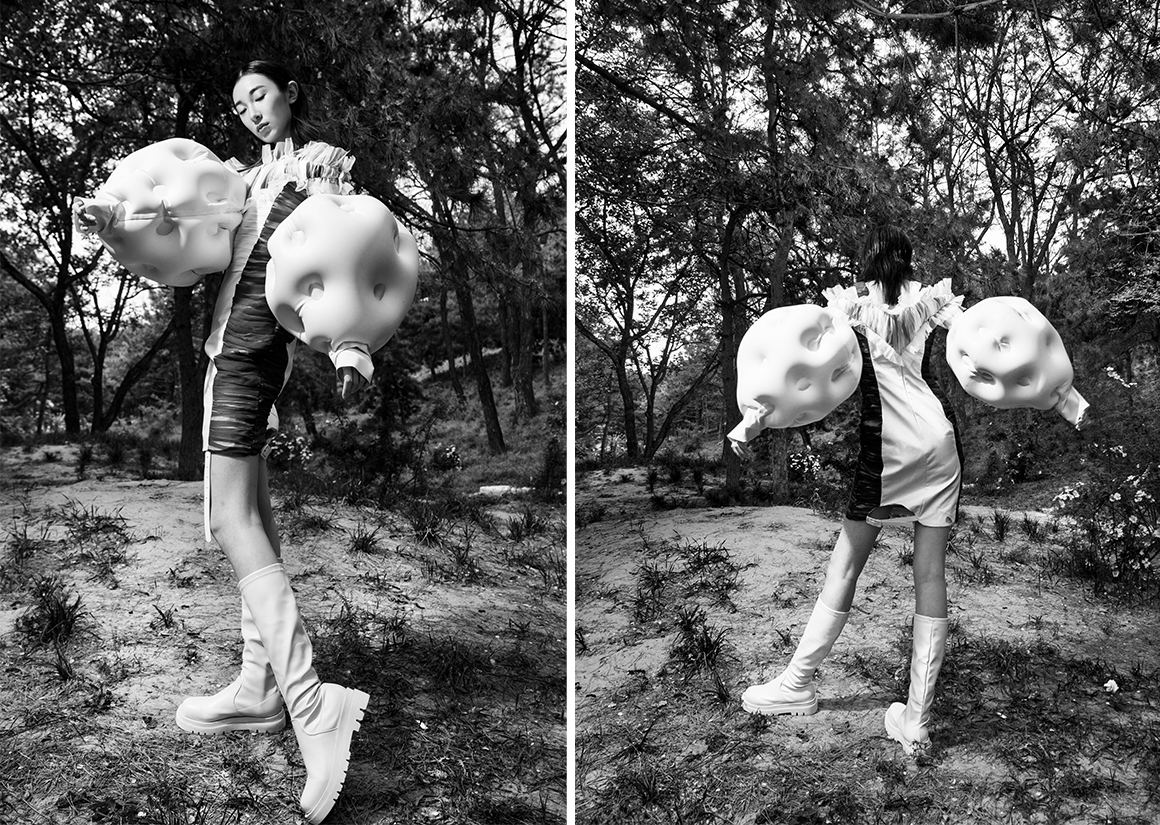 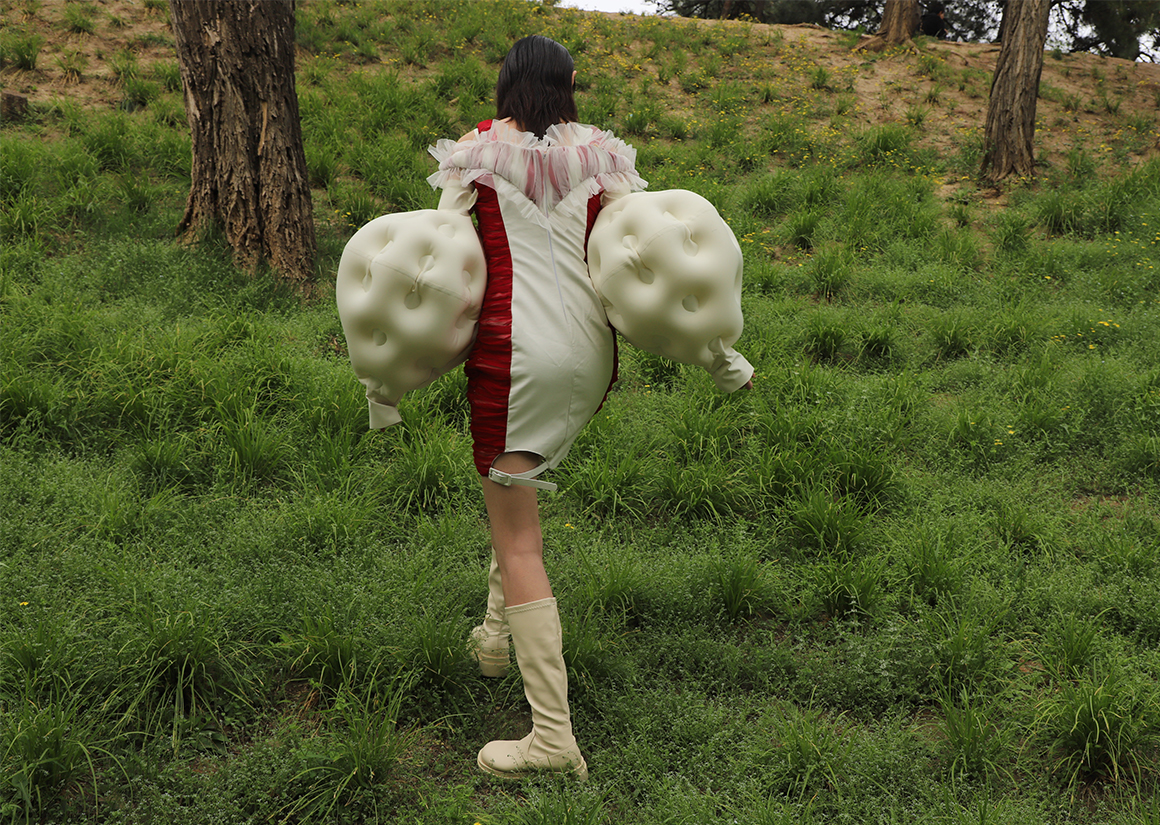 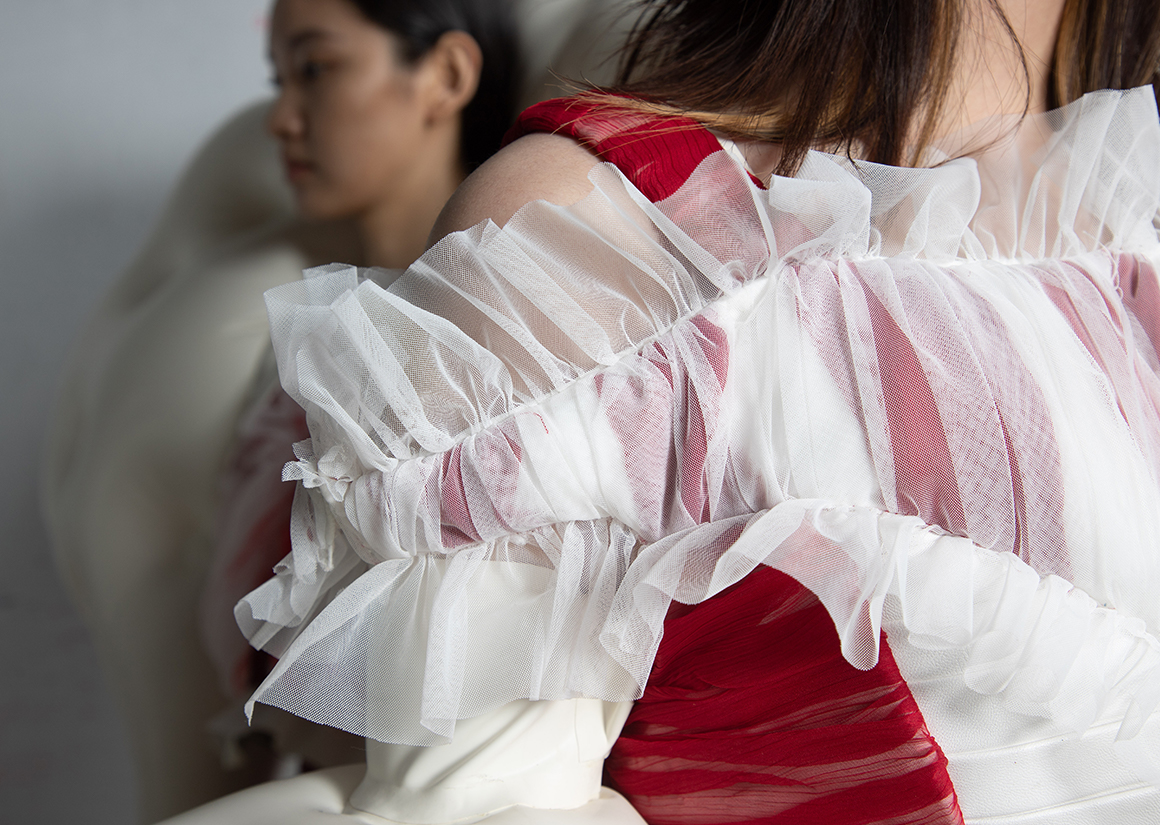 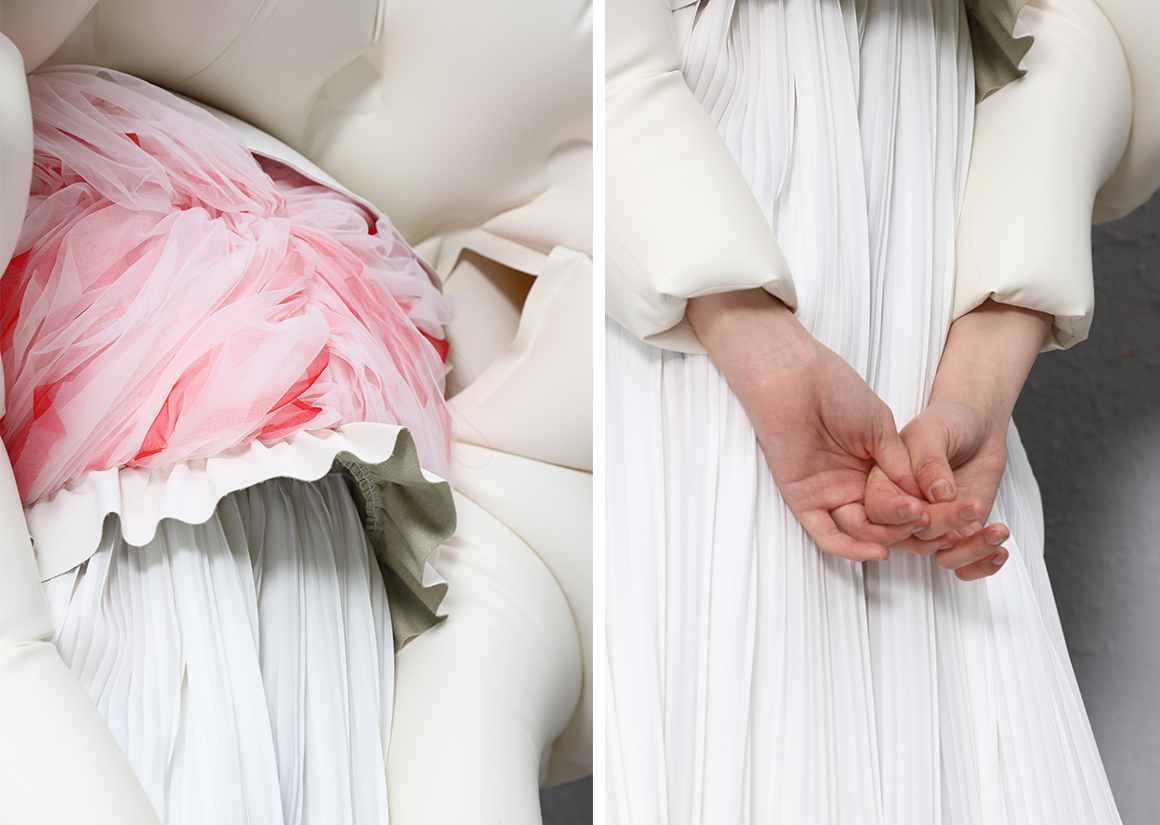 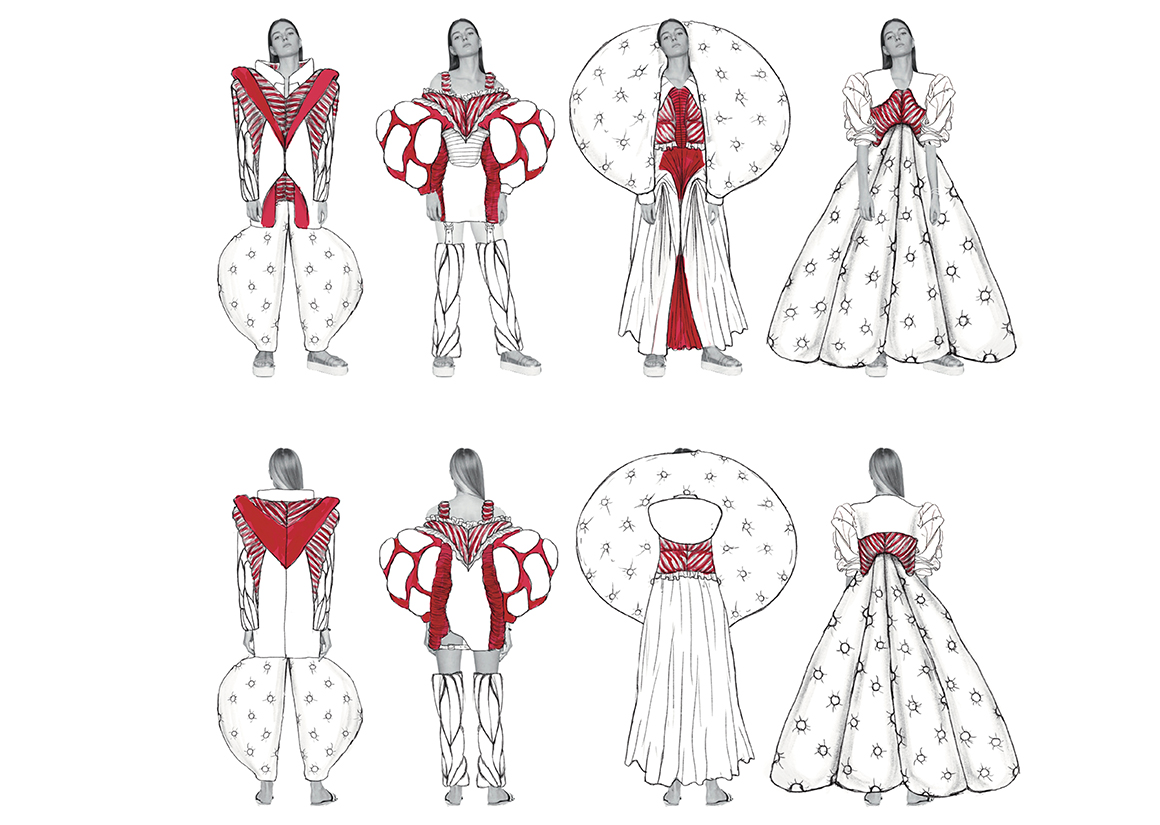 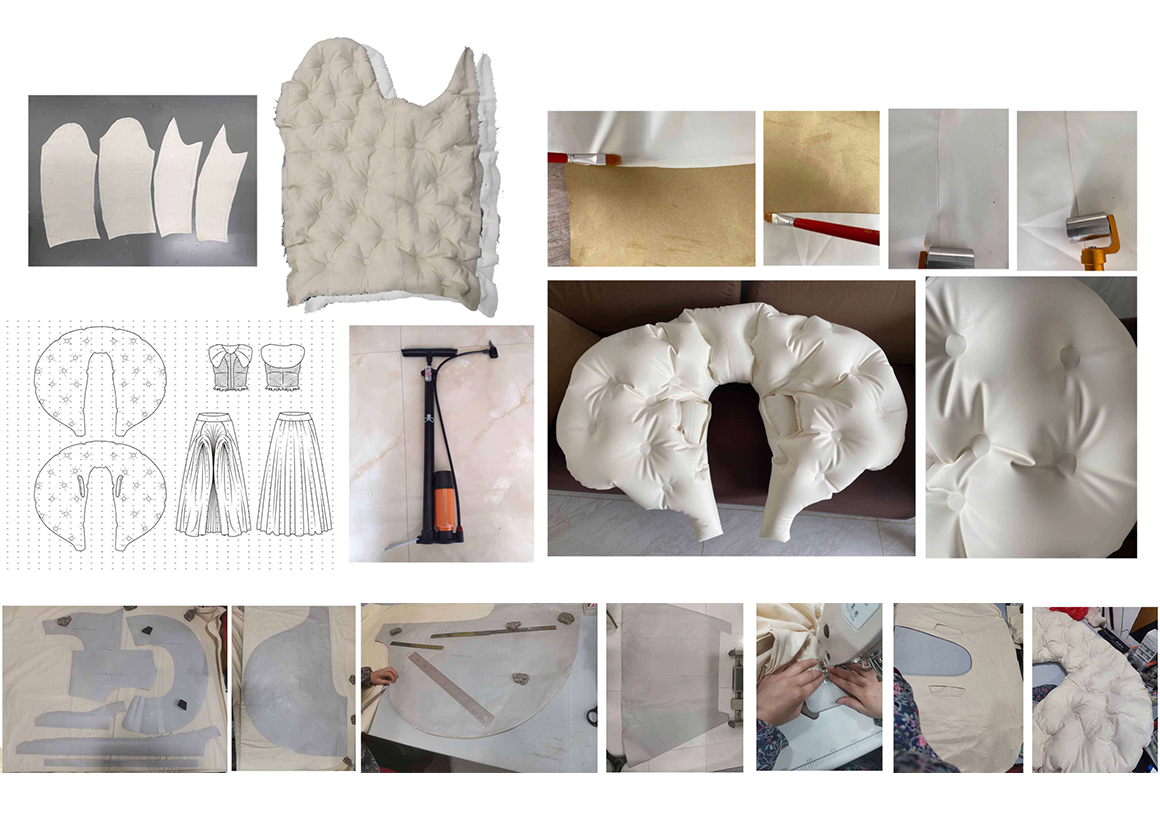 Part of the production process 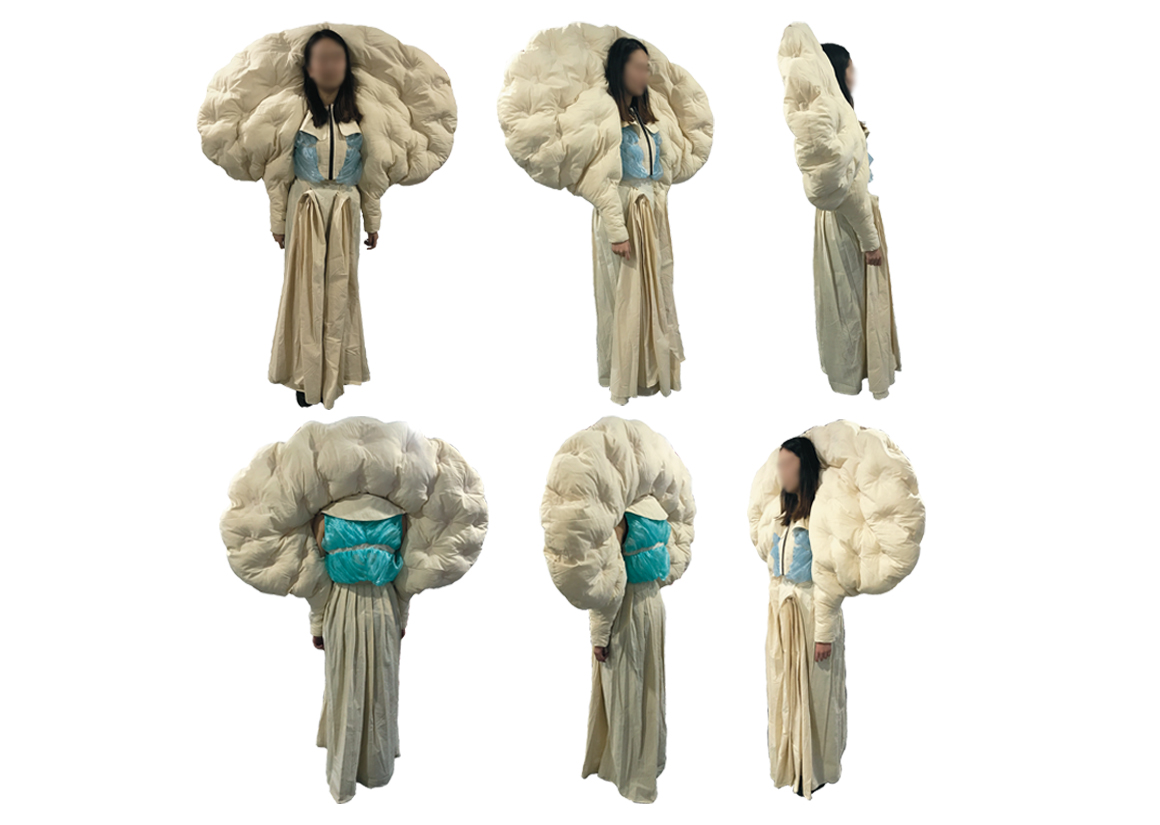 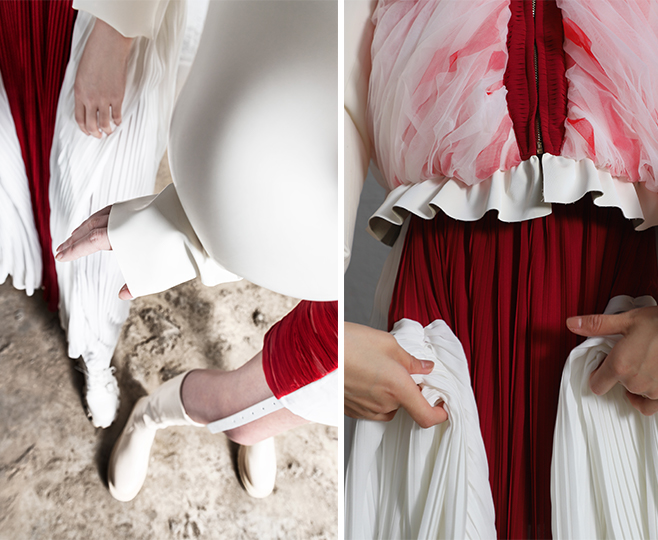 This collection is mainly made of latex and Eugen yarn, some of which are made of artificial leather and cotton. The latex part is bonded by strong glue to make a closed inflatable part, and the soft Eugene yarn is combined with the harder faux skin to create a strong and soft female image.