I moved to United Kingdom to study Fashion at University of Derby. In my first year I was educated in professional pattern making as well as designing clothes with different themes. While studying I also worked with the Movie production department, where I helped as a Story board artist or as costume designer. I had the opportunity to have a placement year in the industry with London based designer MINKI and Barnsley based Christy's by Design. The two placement helped get a better sense of the fashion industry with insight in manufacturing, sourcing and working with factories abroad.

Inpsired by a 35 millimetre film called ‘In the mood for love’. Set in 60s Hong Kong with strong themes of civil and political unrest as the backdrop to the main story. A unique place, where West meets East, Capitalism meets Communism, forging a culture at conflict with itself. Invigorated by this struggle, I felt compelled to explore the history and traditions of Hong Kong further to better understand the implications of Westernisation.

A place where East meets West and Capitalism meets Communism, Hong Kong in its prime was a melting pot of all cultures escaping from various political regimes to settle in this economically fast-growing British colony. In my project I explore early stages of its rare identity, where the locals started to adopt western clothes and customs and make it their own with a traditional twist; like the iconic Cheongsam. 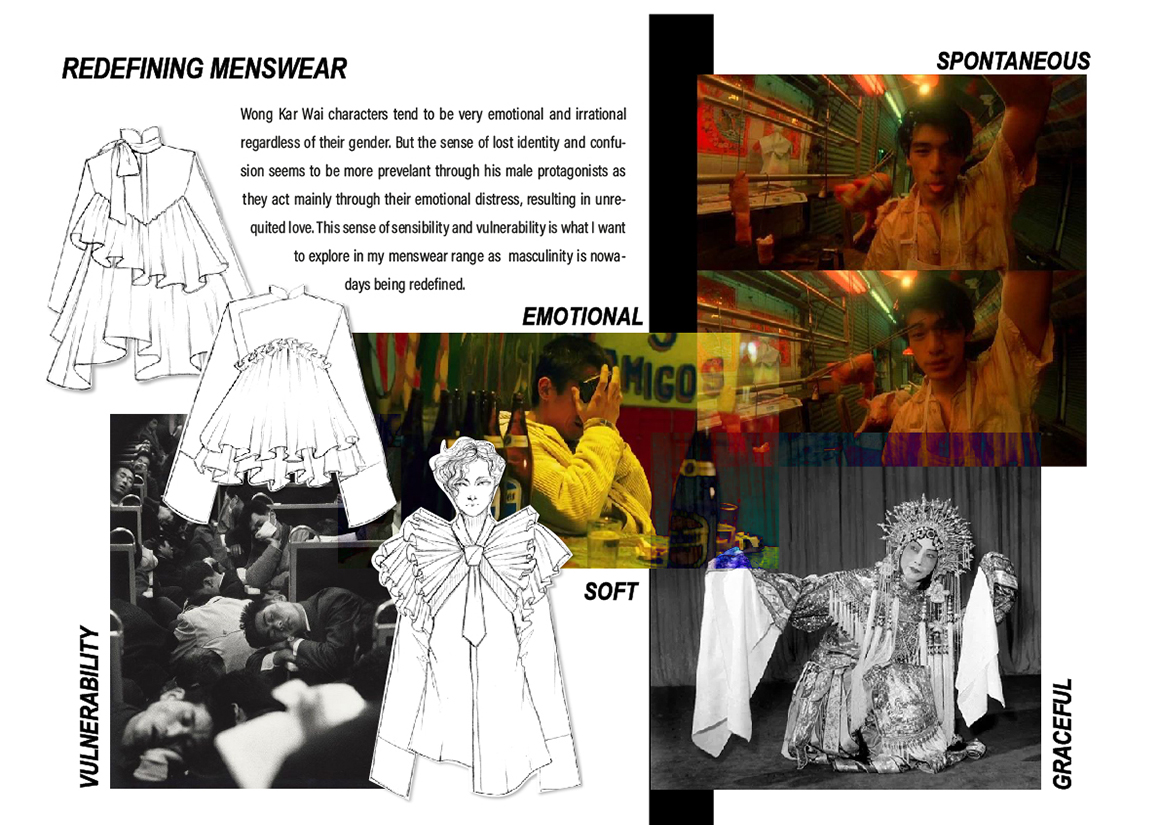 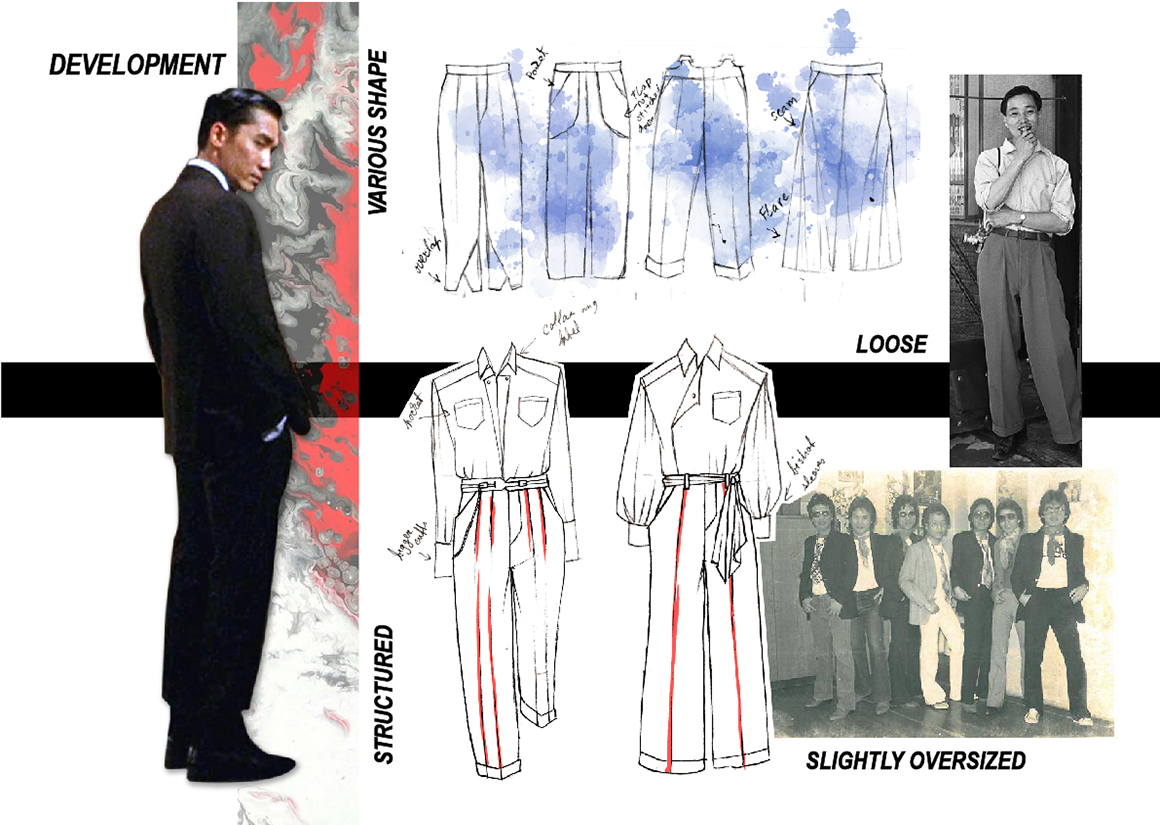 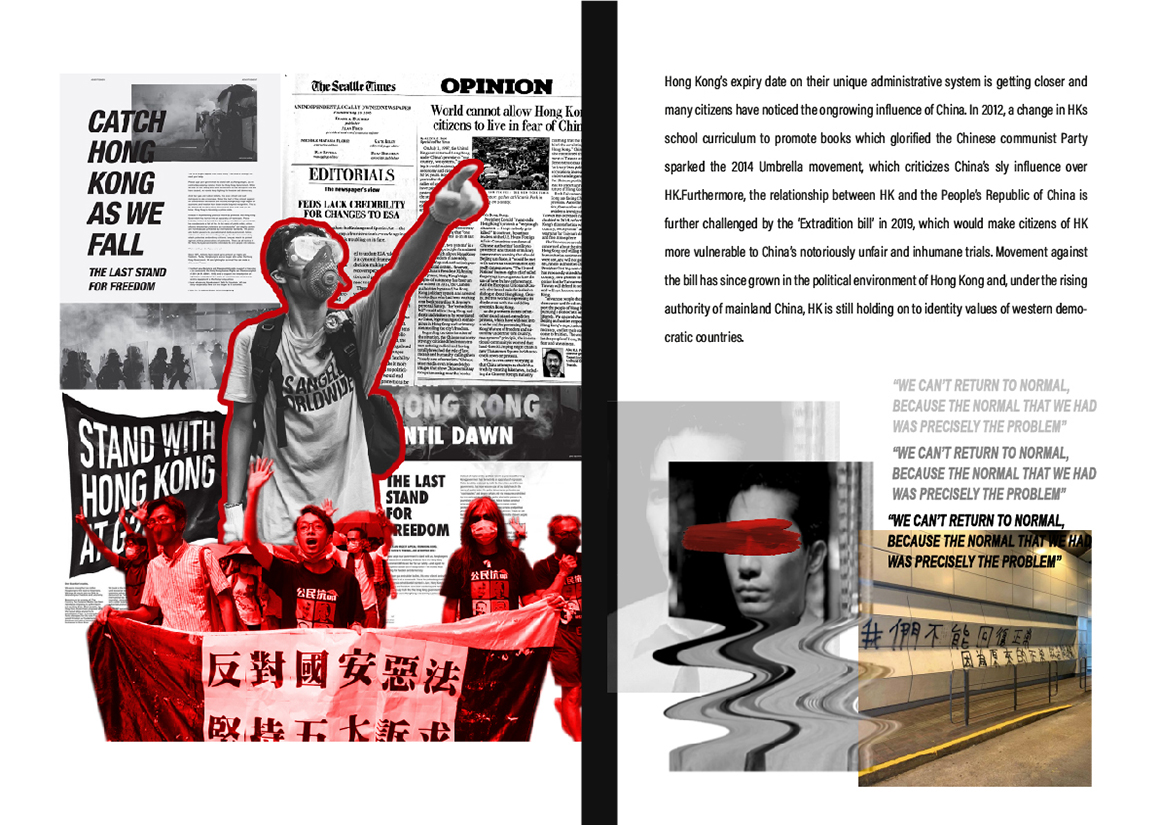 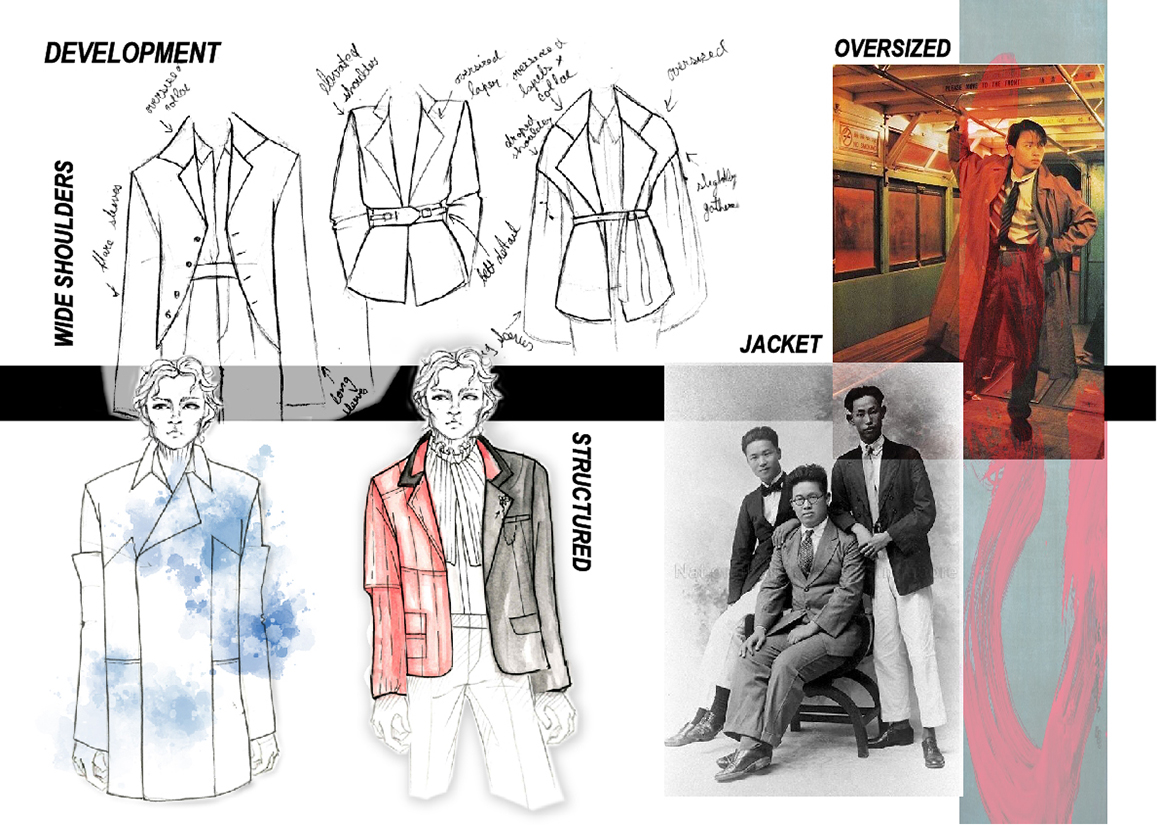 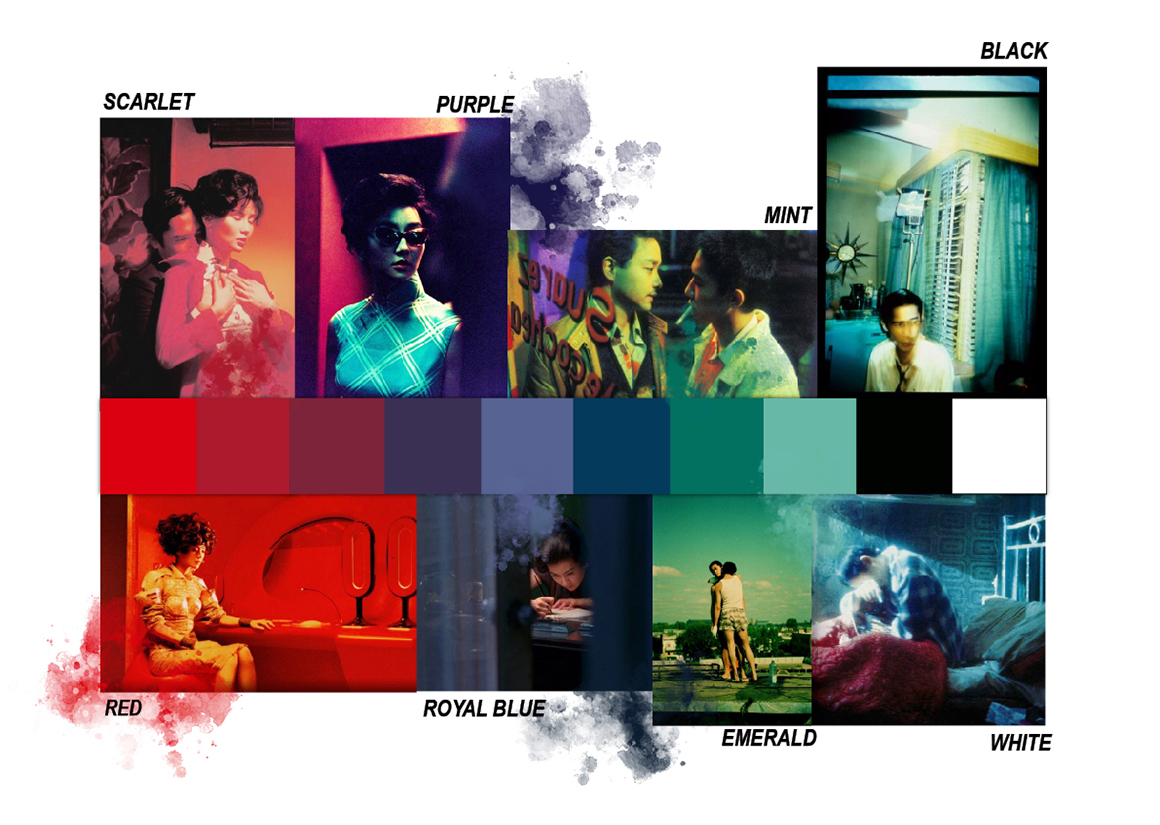 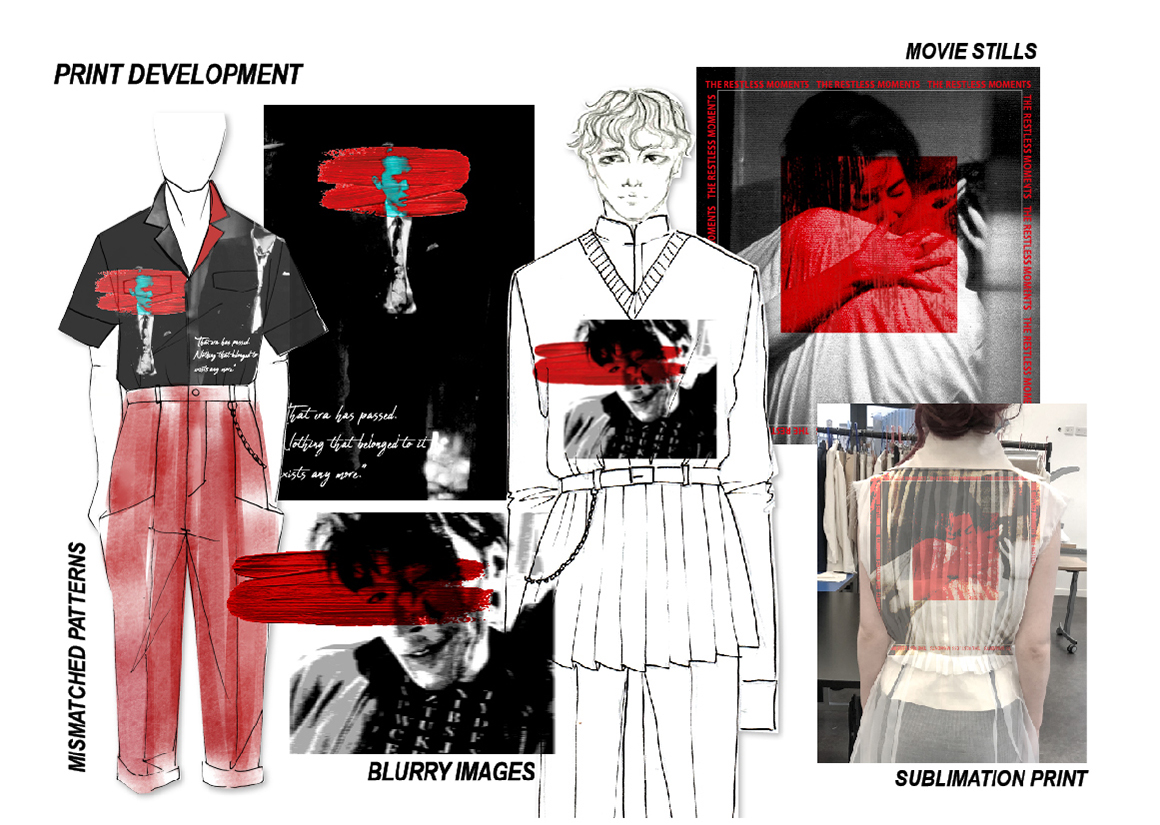 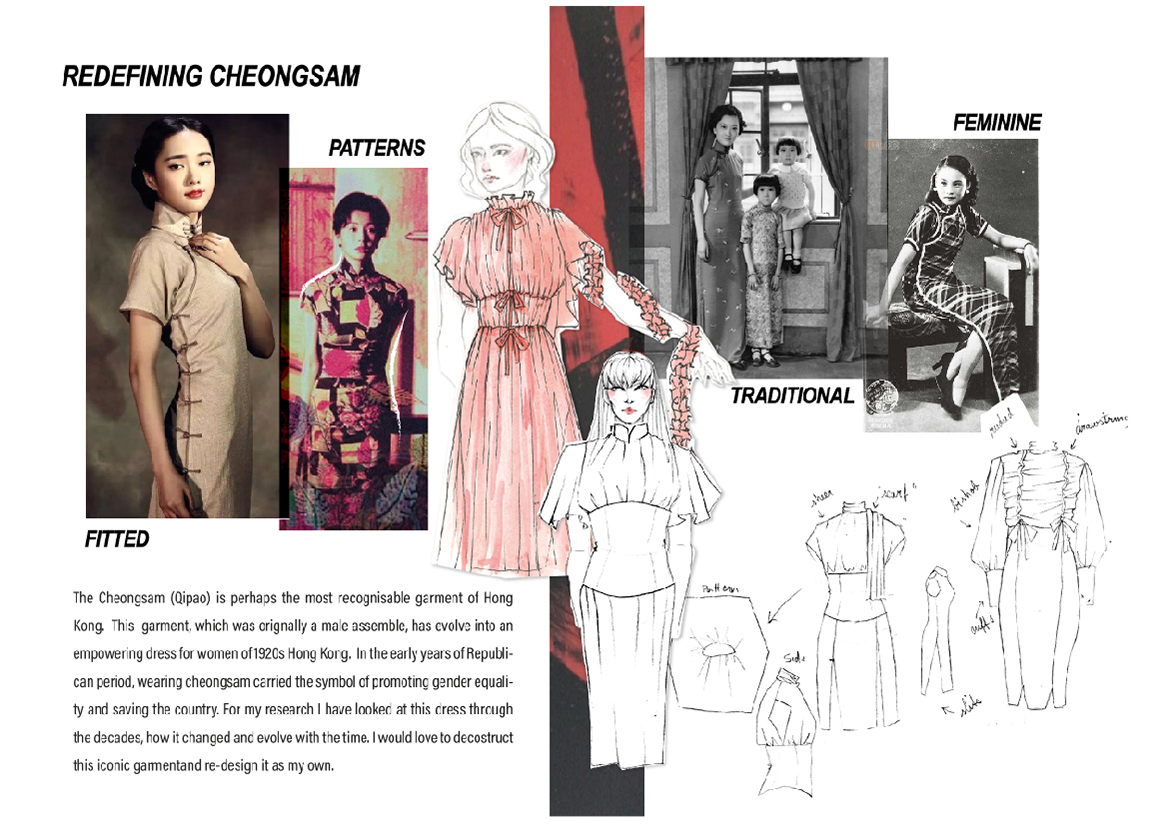 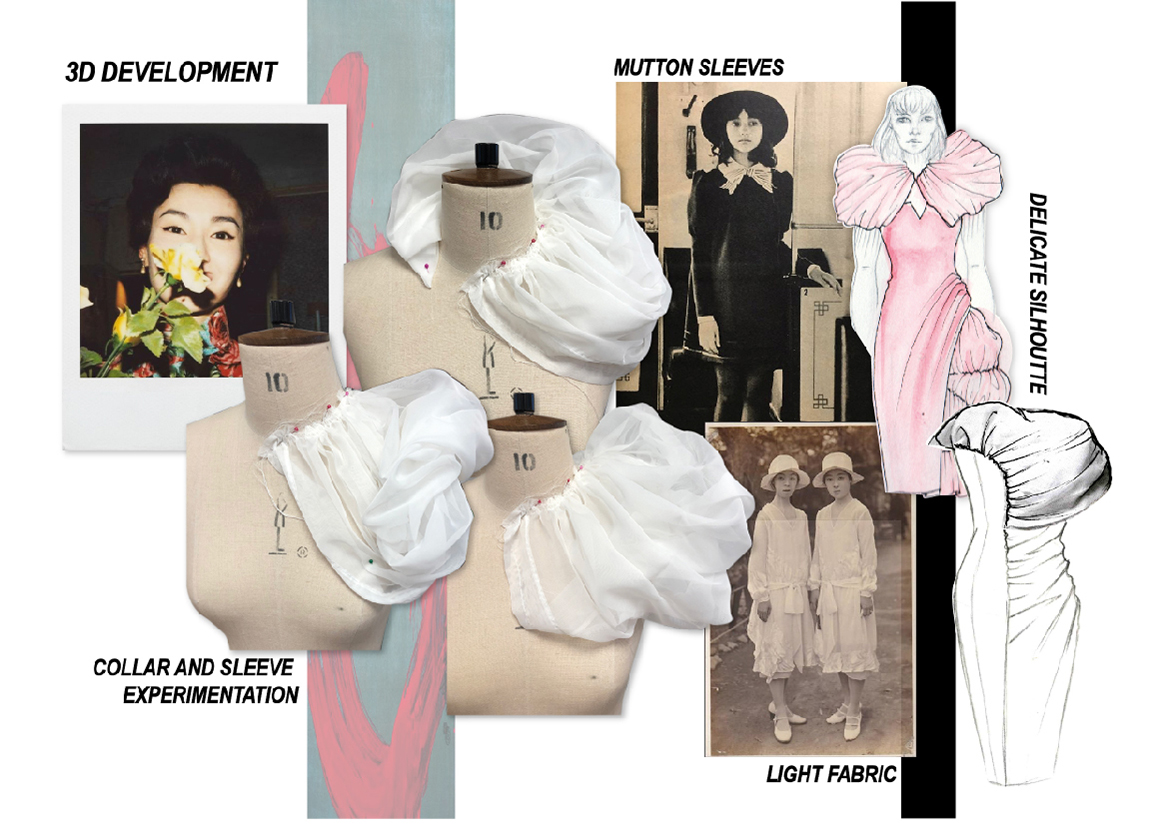 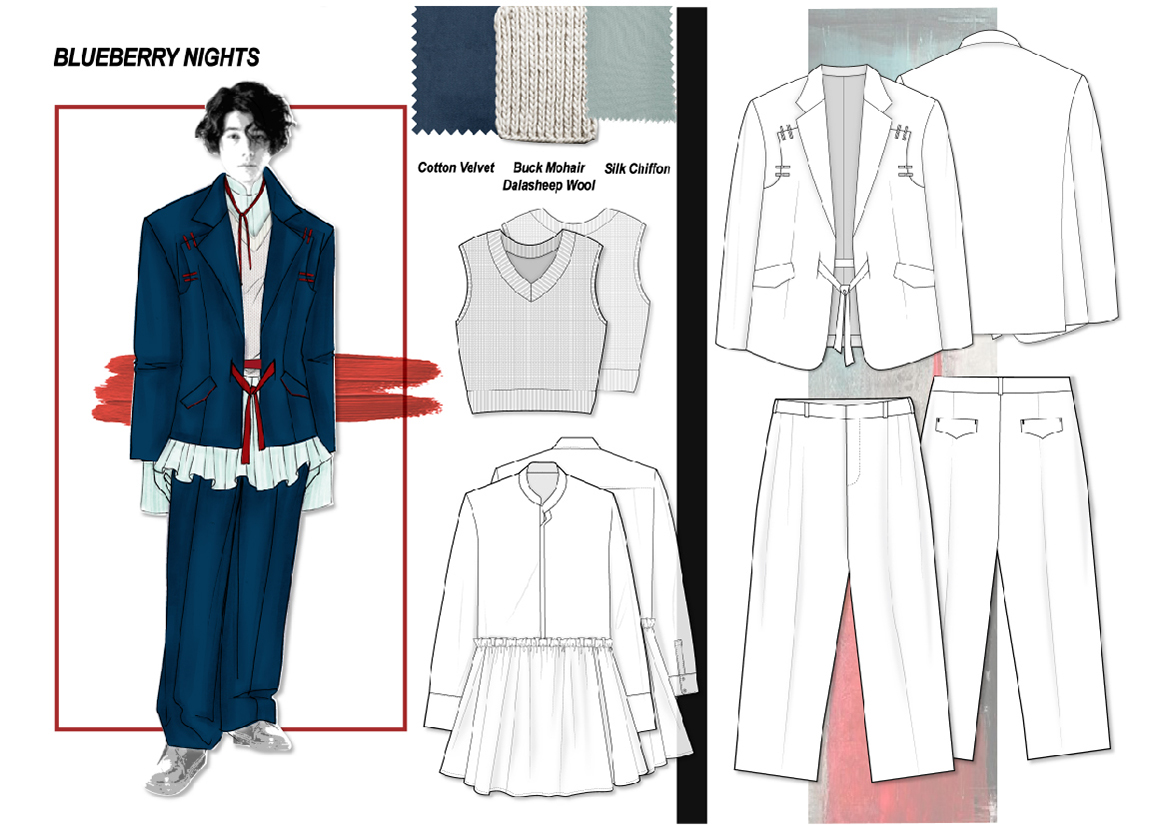 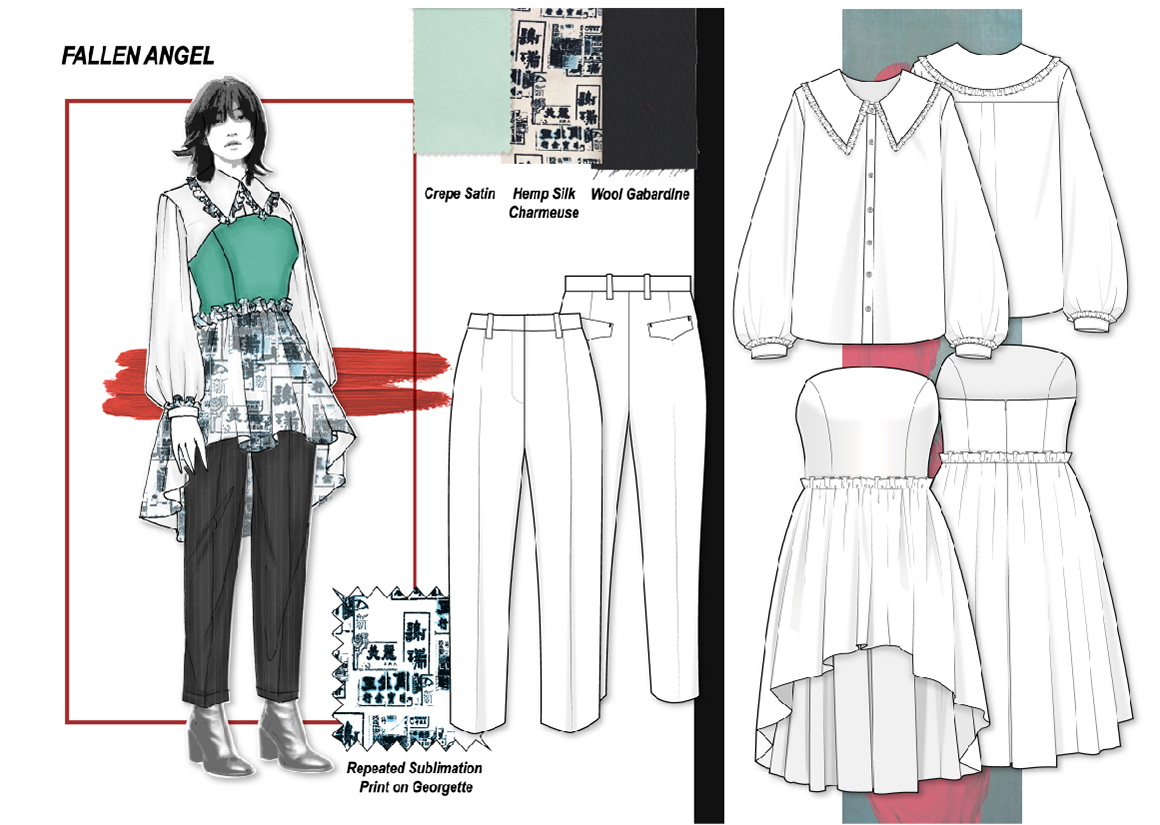 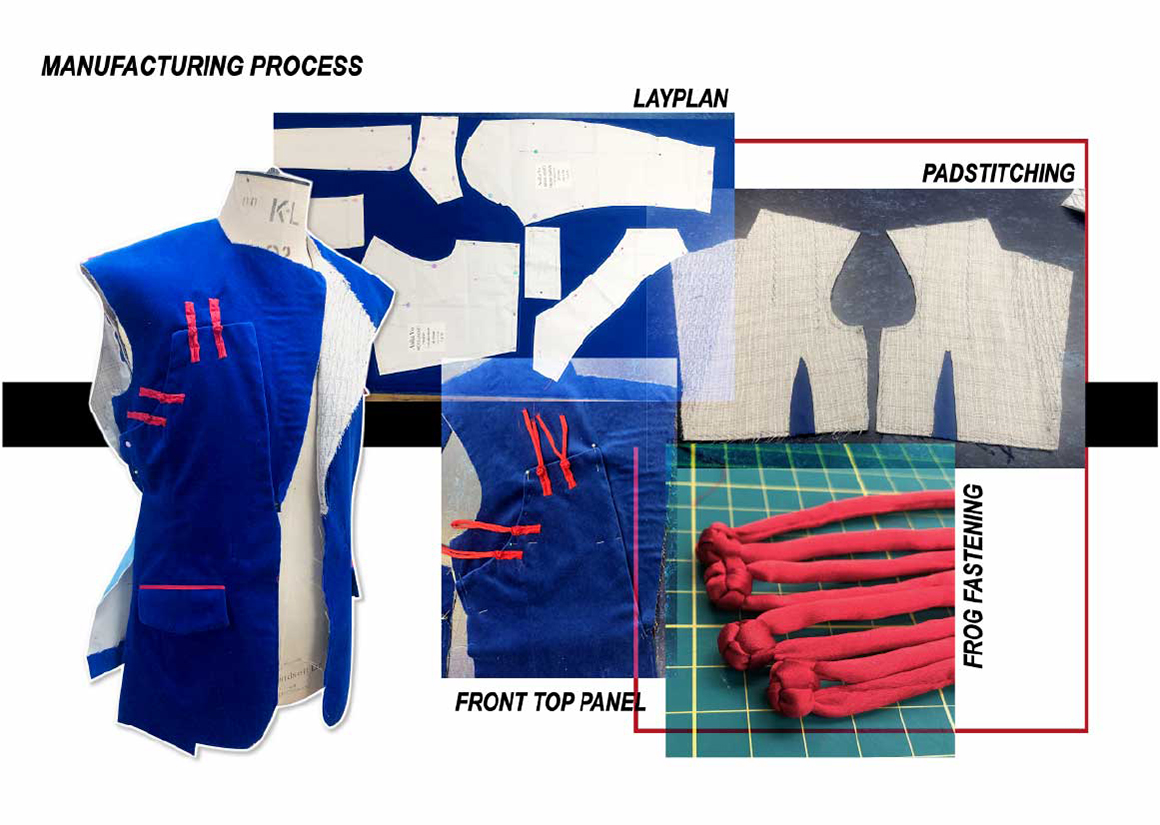 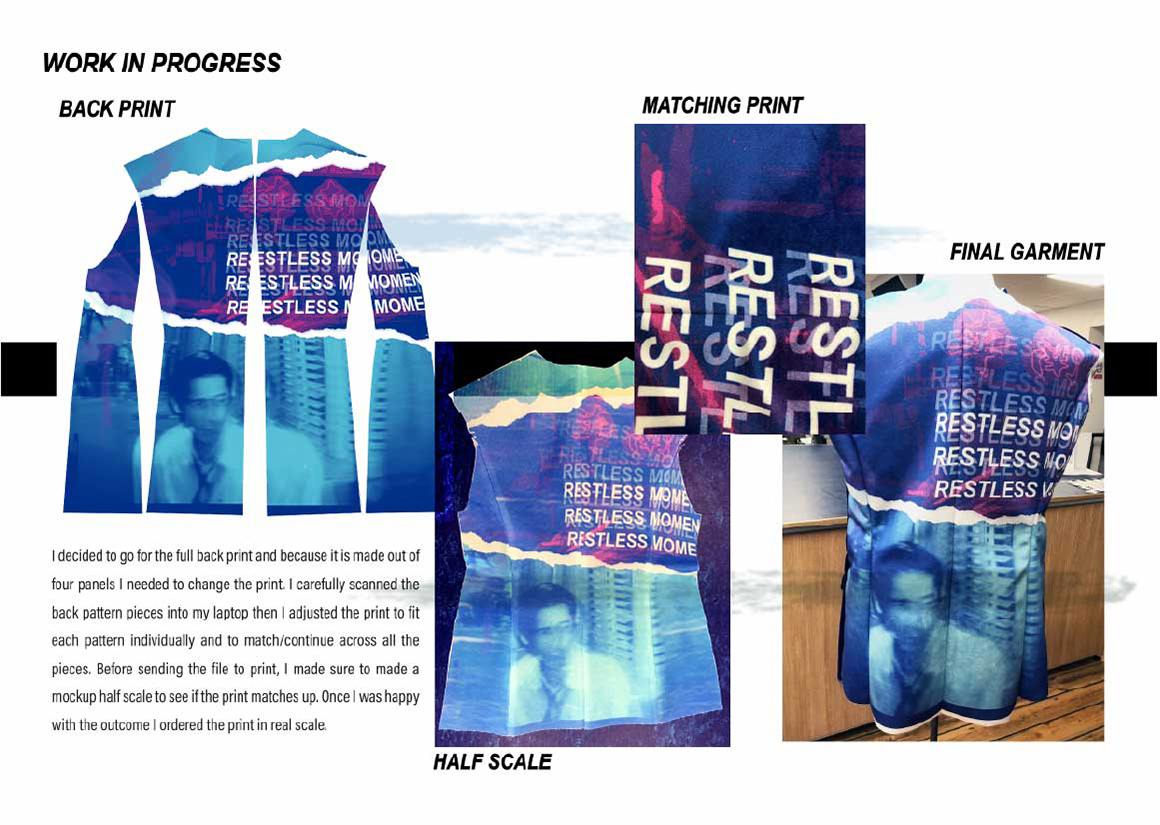 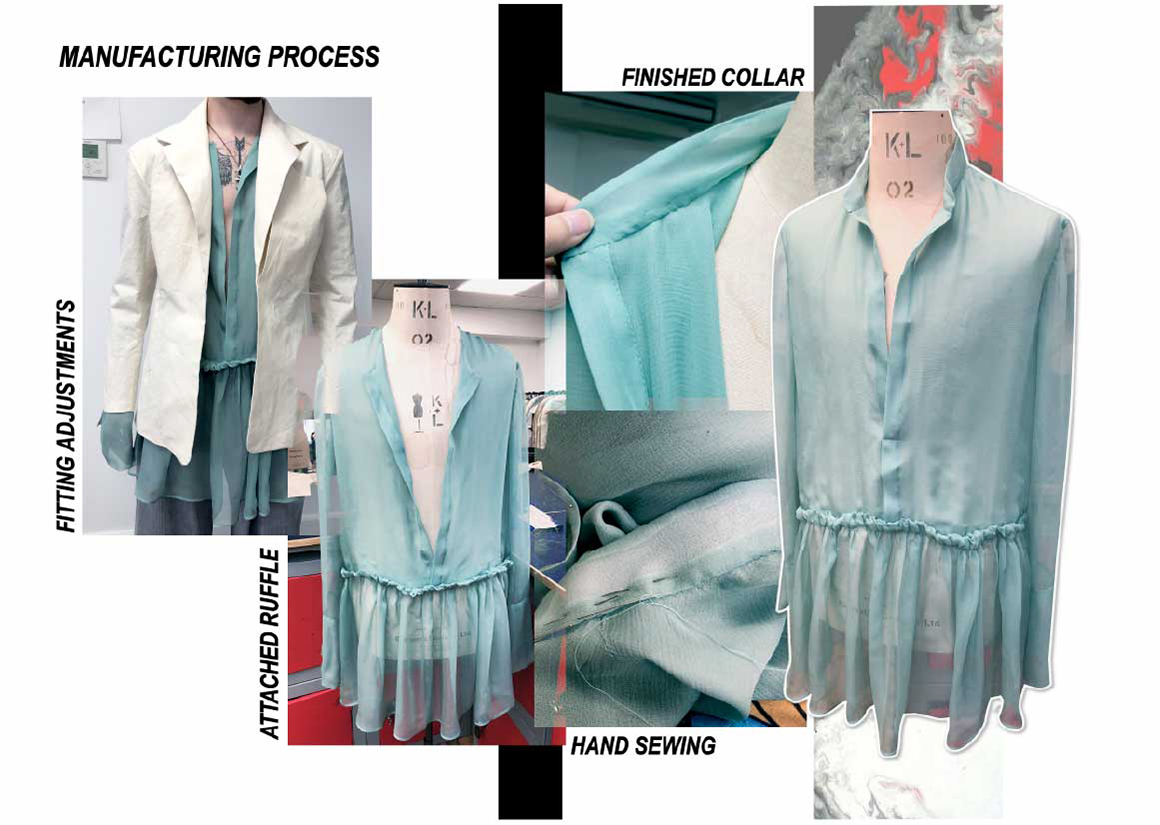 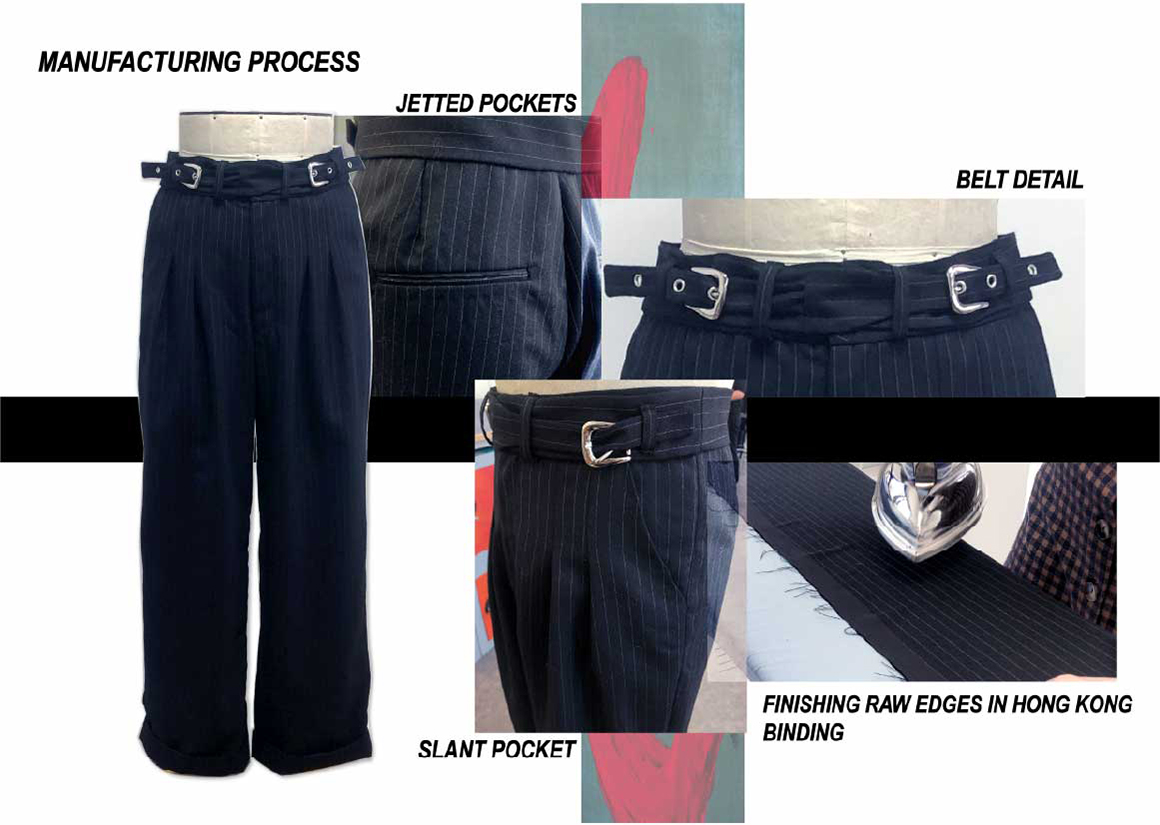 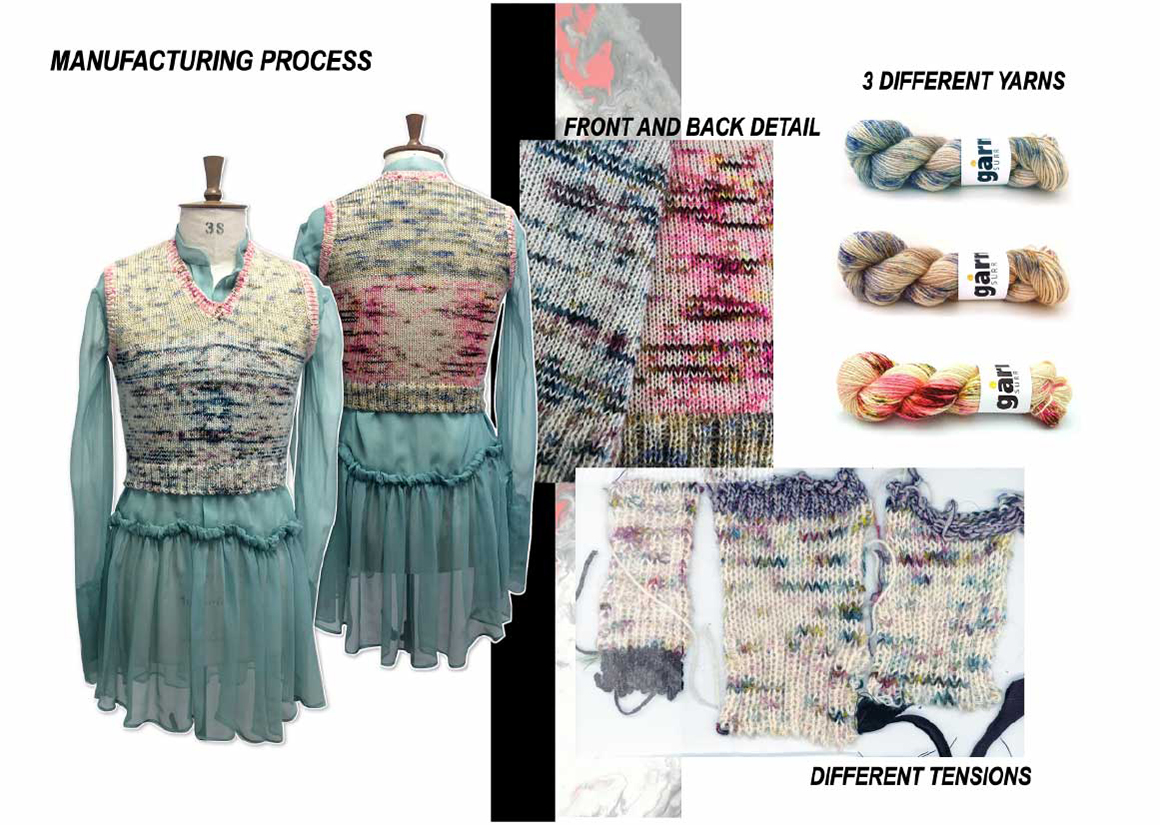 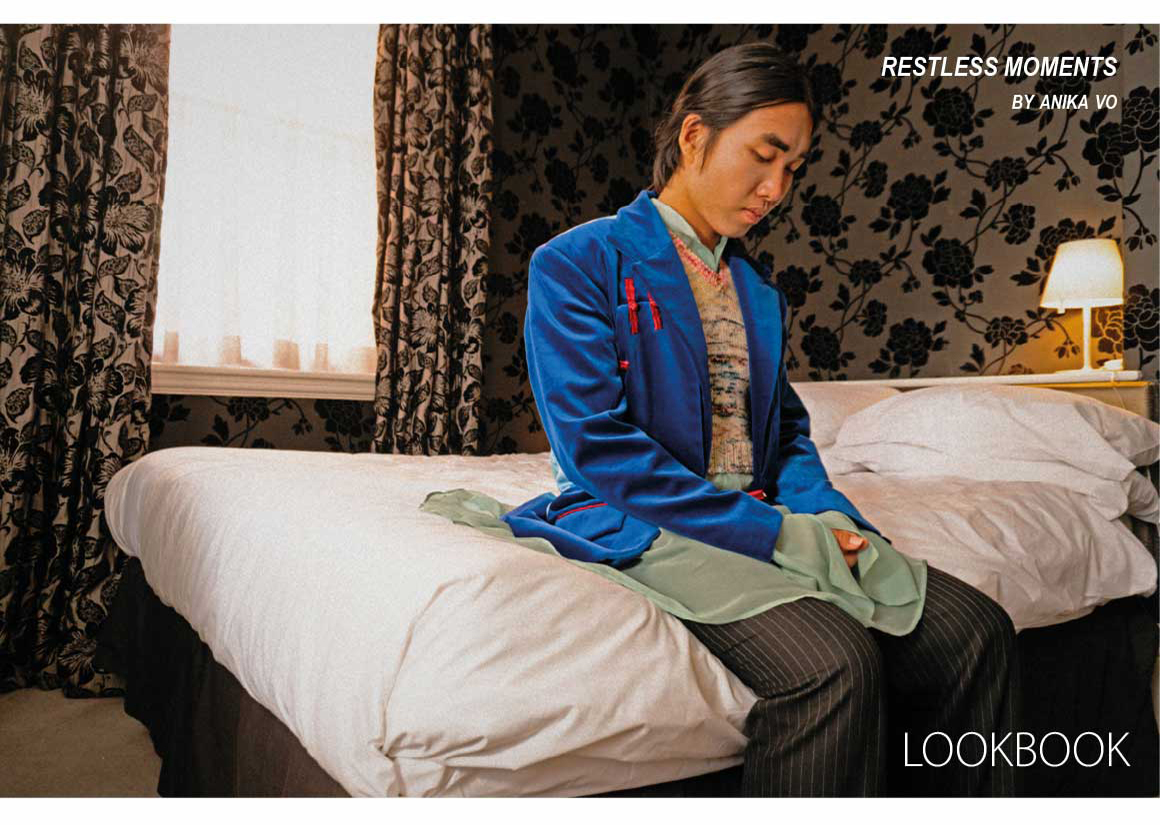 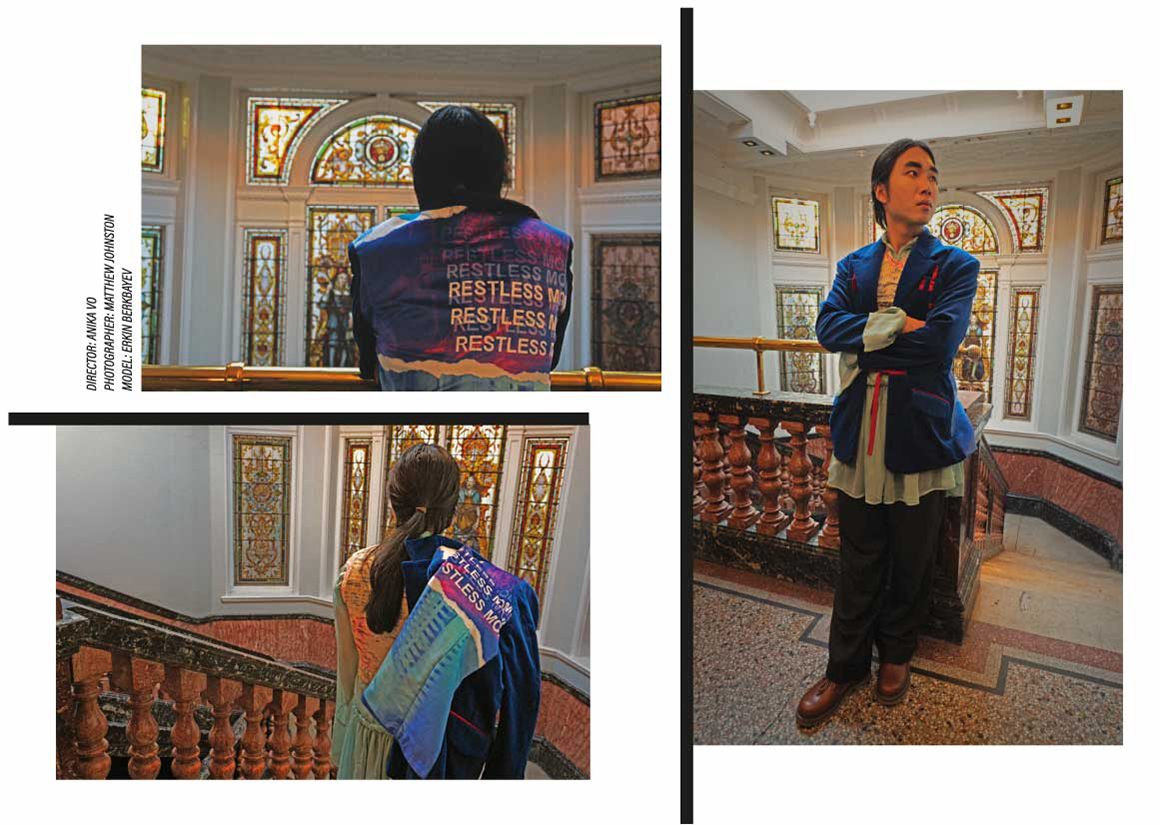 I hope not only to create a timeless silhouette and unique garment piece with a traditional twist.

I am very interested in the concepts of traditionalism and modernism, how these two notions co-exist or even improve each other. What interests me most is how western and Eurocentric the fashion is nowadays from the start of the 20th century and how it emerged through globalisation. I intend to create a fusion of these themes to design something that is modern and thought provoking, raising awareness of global issues while also reflecting the timelessness of tradition.

I intend to create a fusion of these themes to design something that is modern and thought provoking, raising awareness of global issues while also reflecting the timelessness of tradition.