HI,IM XIAOTING A GRADUATE FROM BEIJING INSTITUTE OF FASHION TECHNOLOGY

The title of my graduation project is Luoshen Fu, which is adapted from a poem by the ancient Chinese poet Cao Zhi. It tells a sad story about love.

My message is : there is no distinction between good and evil in the world, because the emergence of ‘evil’ makes ‘good’ important. Only when we truly face all good and evil, and believe in the beauty and possibility of ‘good’, can we have the courage to truly lash out ourselves and save our souls.

The picture of The Ode of the River Goddess is a painting by ancient Chinese painter Gu Kaizhi based on the poem Luo Shen Fu by ancient Chinese poet Cao Zhi. It tells the story of the poet Cao Zhi, who met the goddess Luo by the beautiful Luoshui River and fell in love with him. But in the end, because the human and fairy can not be together and separate the sad story.

In fact, people think this poem is a metaphor for the true story of Cao Zhi's life. Because he loves freedom and doesn't chase fame and fortune. Therefore, his brother Cao Pi defeated him in the struggle for imperial power and robbed his lover Zhen Fu, and finally banished him. In the days of exile, he could only vent his sad feelings by drinking and writing poetry. 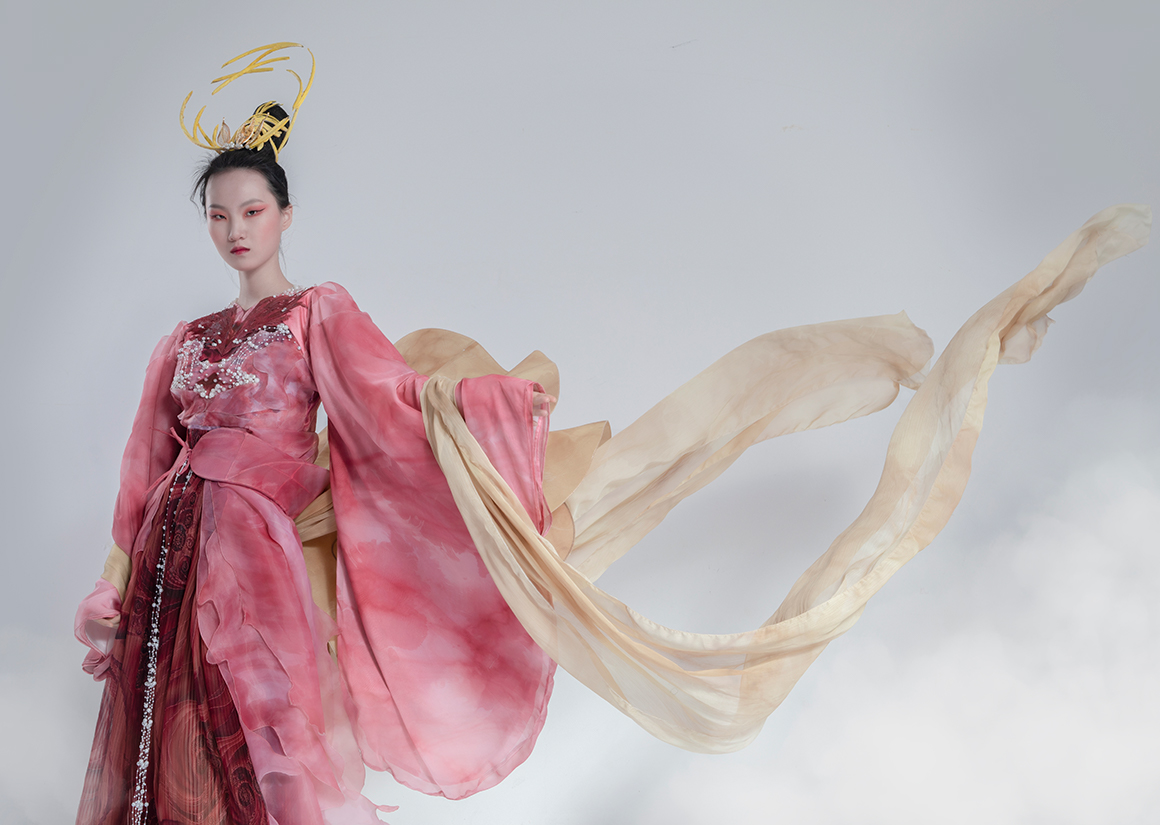 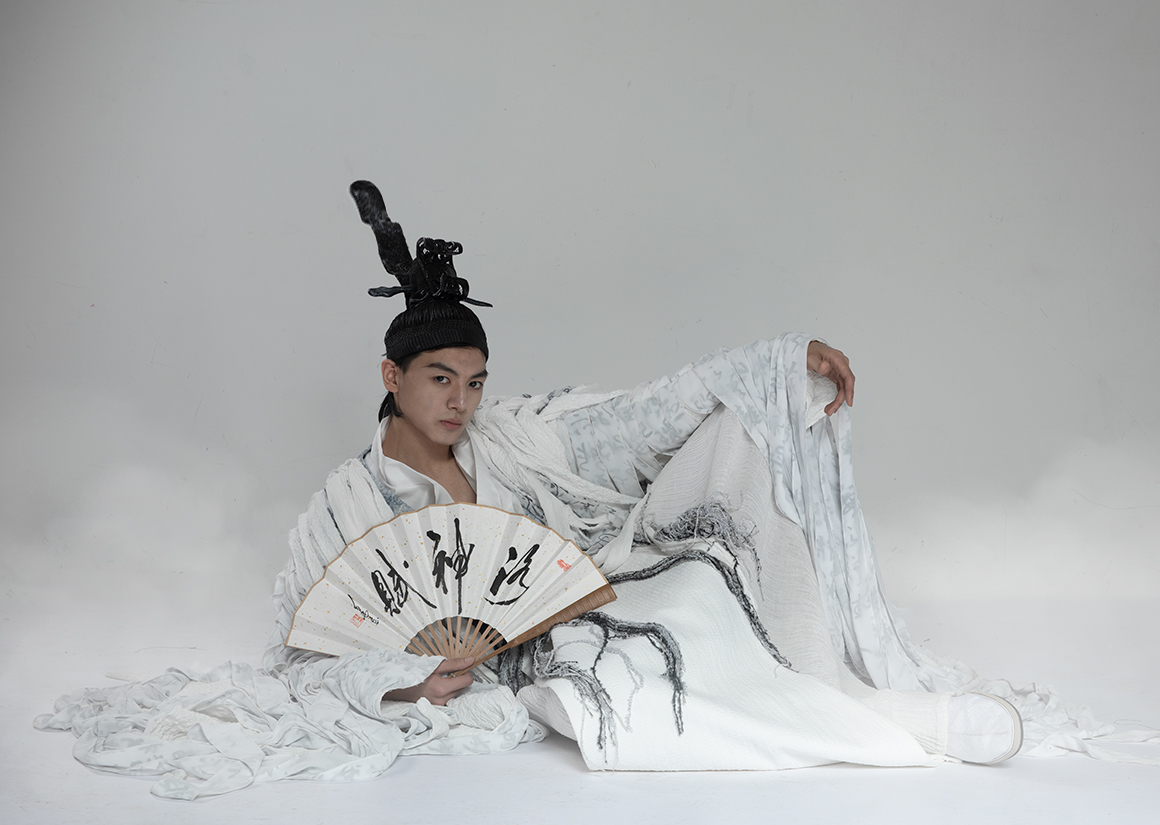 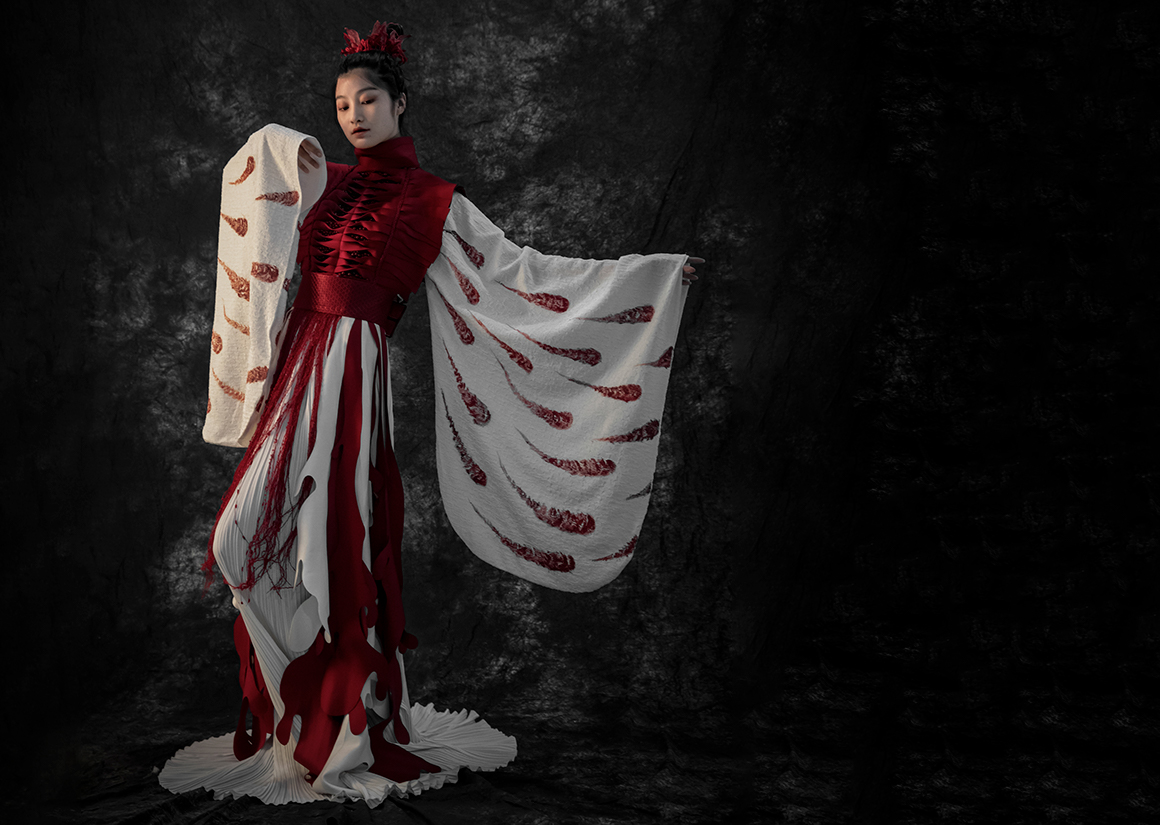 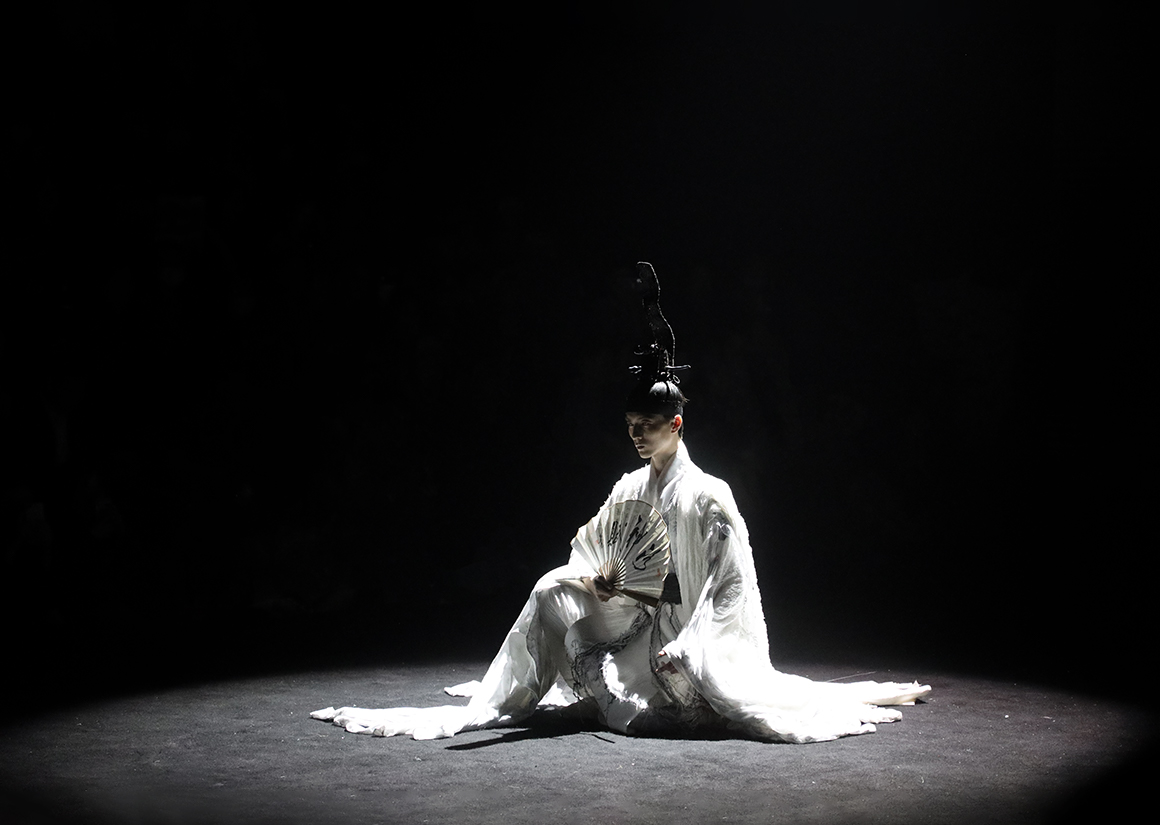 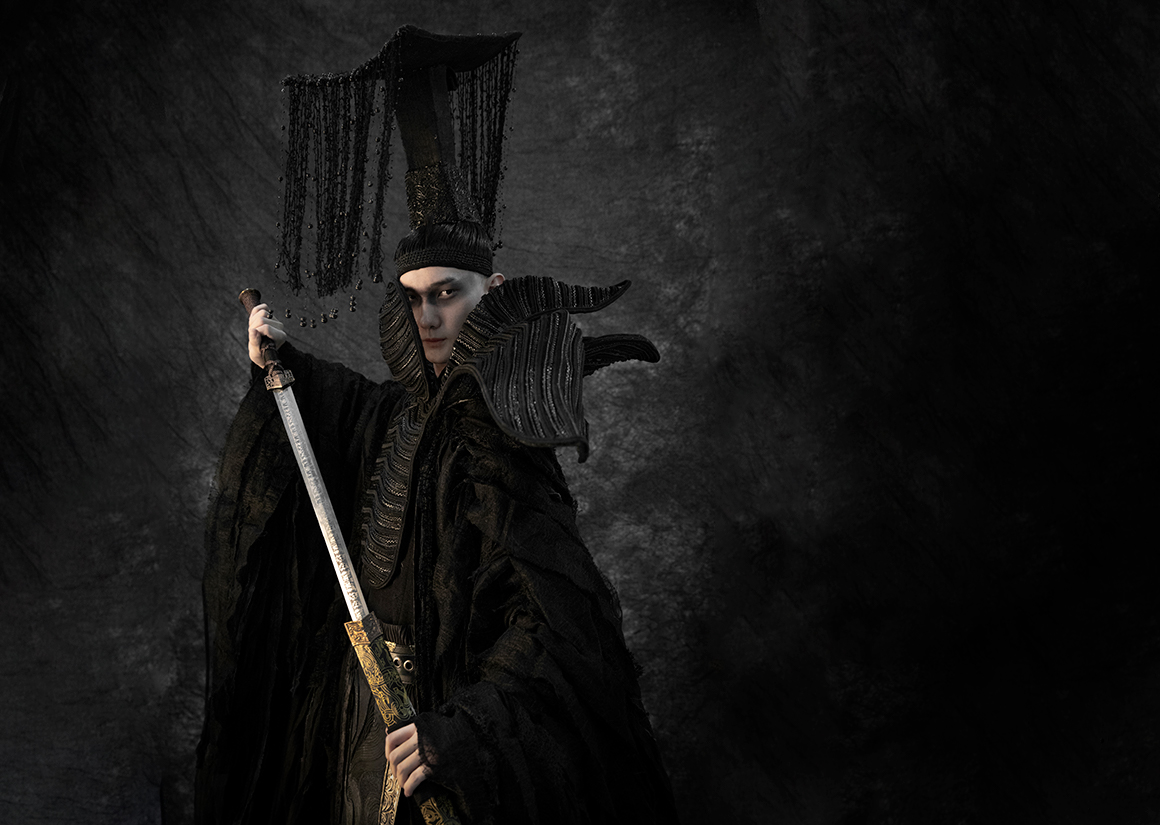 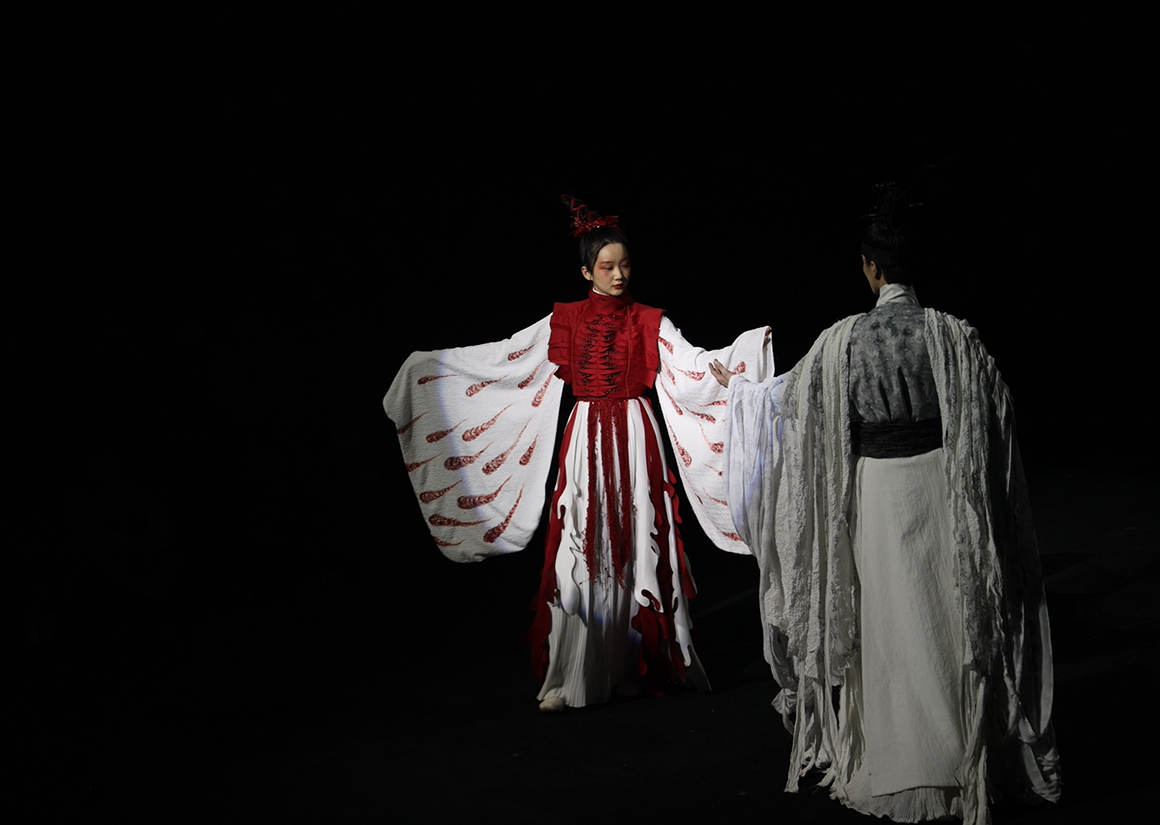 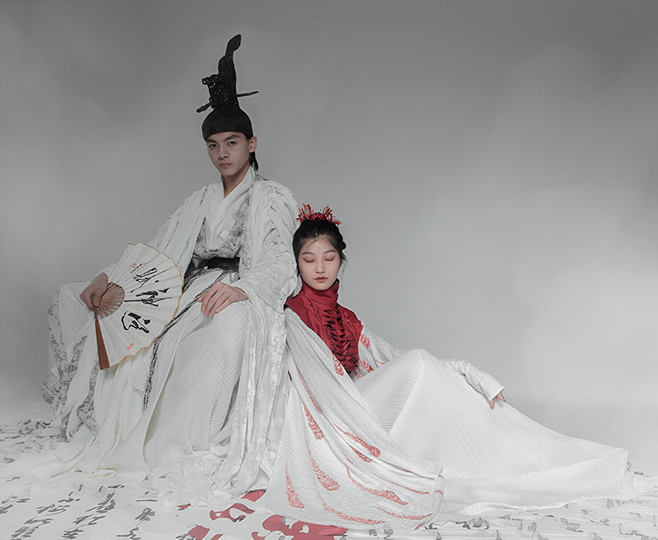 BUT WHETHER IT IS TO CHOOSE 'SURVIVAL' OR 'DESTROY' , IT TAKES COURAGE

From the famous painting Ode to the Goddess of Luo by Gu Kaizhi in the Eastern Jin Dynasty, I can see the flaring sleeves of the Goddess of Luo and the wide sleeve robe of Cao Zhi as the representative of the male costume, which both reflect the clothing characteristics and fashion trend of the Wei and Jin Dynasties and show the relaxed, natural, casual and free and easy life attitude of people in the Wei and Jin Dynasties.In terms of the style of the whole costume, I keep the style of wide shirt and big sleeve in Wei and Jin Dynasties, and I change the color and fabric to reflect the inner image of each character.

The story tells that when Zhen Mi and Cao Zhi disagree with Cao Pi, they react in completely different ways.The goddess of Luo is Cao Zhi's longing for some good things.