Lauren was inspired by the beauty of coral reef ecosystem in Bunaken National Marine Park, Indonesia. She is mesmerized by the colorful diversity in the area, as it is one of tourist attraction in Indonesia and thus wants to incorporate her design inspired by the interactions of individuals and communities in coral reefs environment.

Observing nature has enabled me to corporate fresh idea or design and reflected personal storytelling or imagination into an art called fashion. By paying attention to nature, it could incorporate all kind of elements, visuals, interactions, and feels of nature itself and translate it into fashion design. Indonesia is rich in biodiversity as in fact it is the hotspot of biggest biodiversity in the world, specifically the coral reef biodiversity, especially in Bunaken National Marine Park, Indonesia.

My Initial idea is coming from my love for the coral reef environment: the art of living together.

As I have the love and interest for the sea, especially the coral reef environment, it has awaken the creative side in me to do some deep research about this ecosystem. I chose the Bunaken National Marine Park as it is are widely known as the main tourist attraction in Indonesia and also listed in tentative list as UNESCO World's heritage. Not only show and promote the nature's beauty of living together in the coral reef ecosystem, but also to preserve and support the conservation of the area.

I aim to create a fashion collection that reflects the beauty of richness biodiversity of Indonesia's coral reefs as part of the Coral Triangle, focusing the interactions between marine individuals and communities in the coral reefs environment. In addition, the aims of creating this collection also lies in educating people with the unusual and diverse plant life of the coral reefs, especially in Indonesia and sparks the interests of people to know more about the coral reefs. 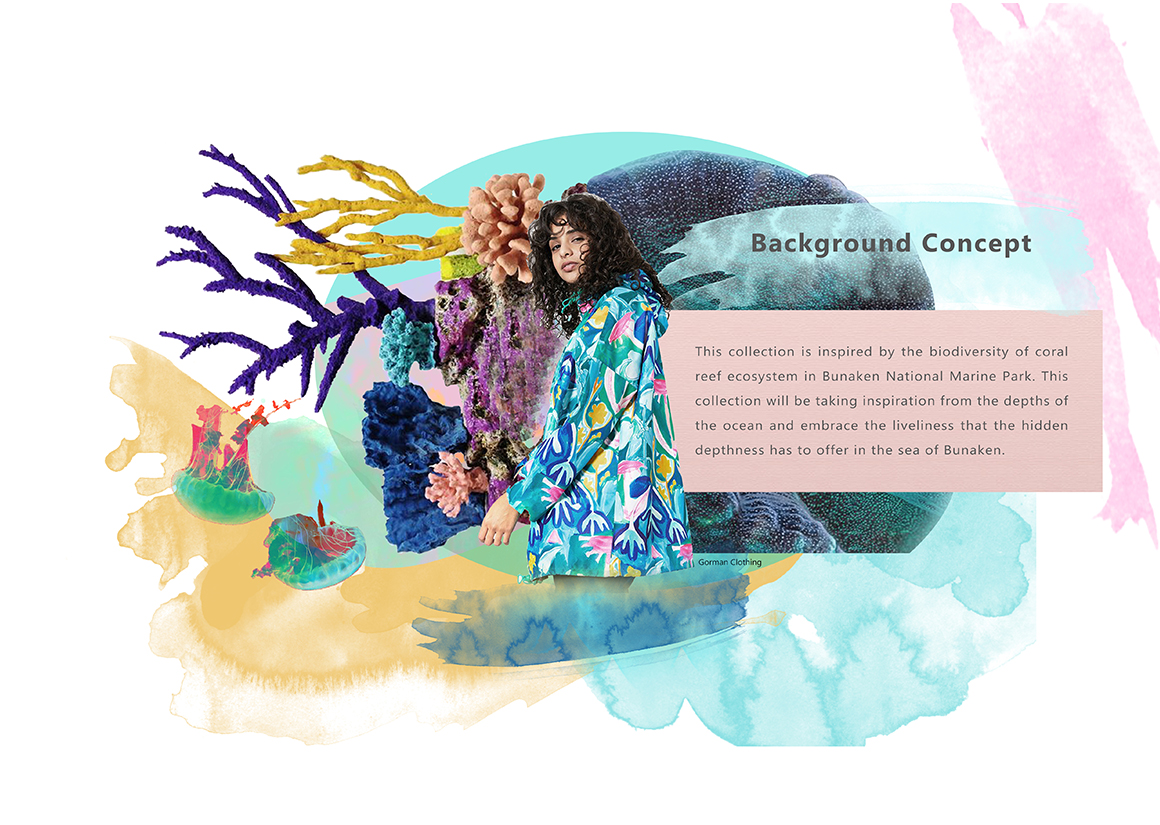 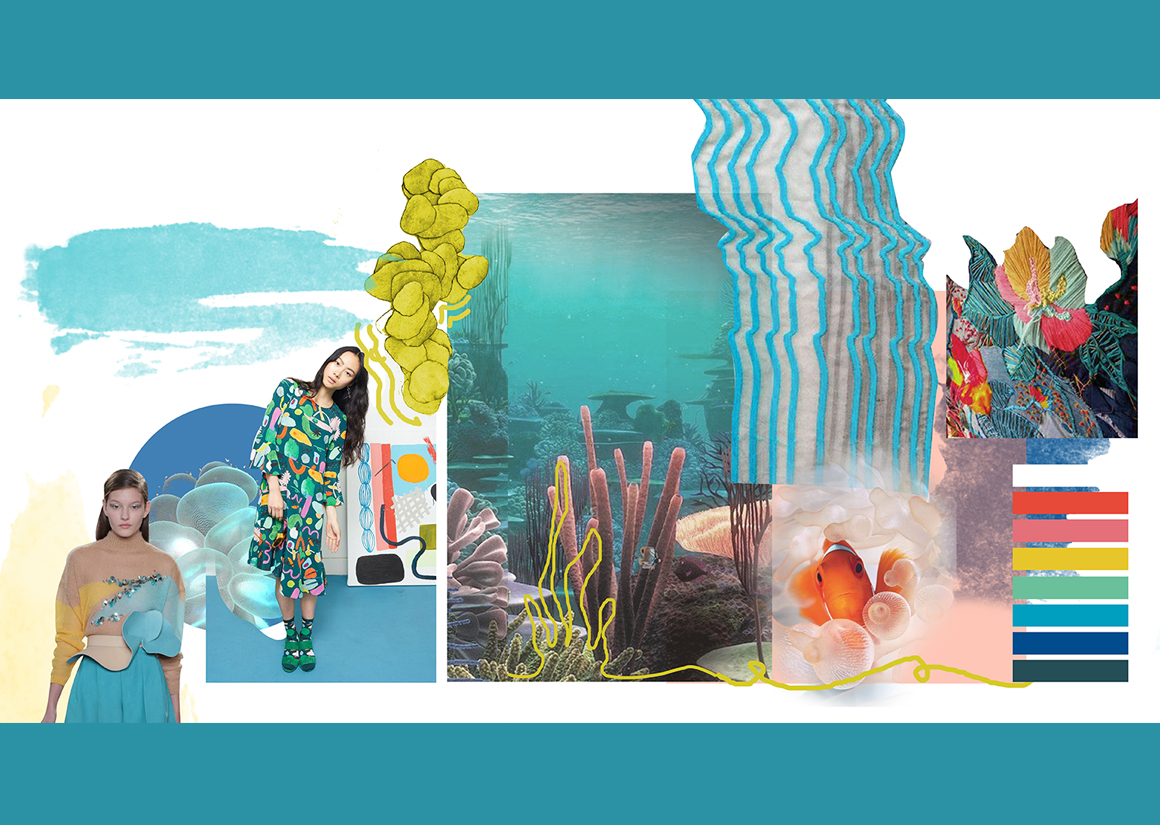 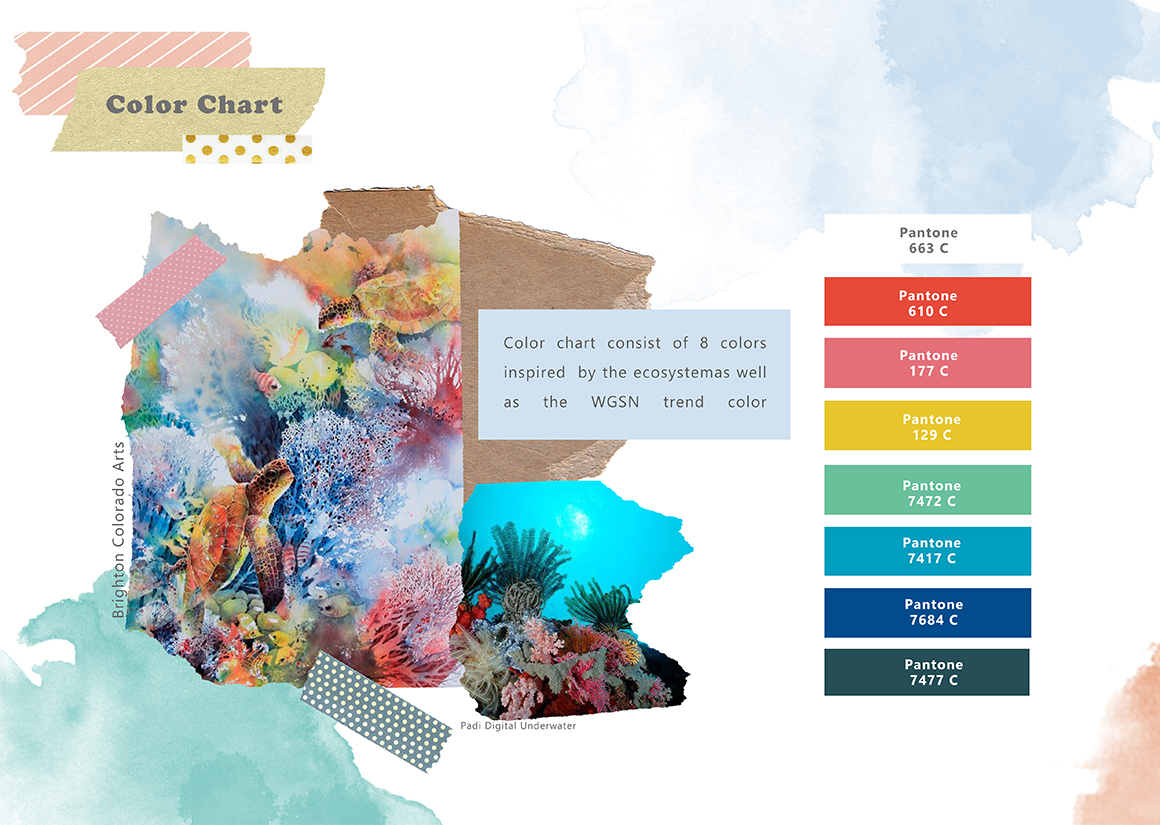 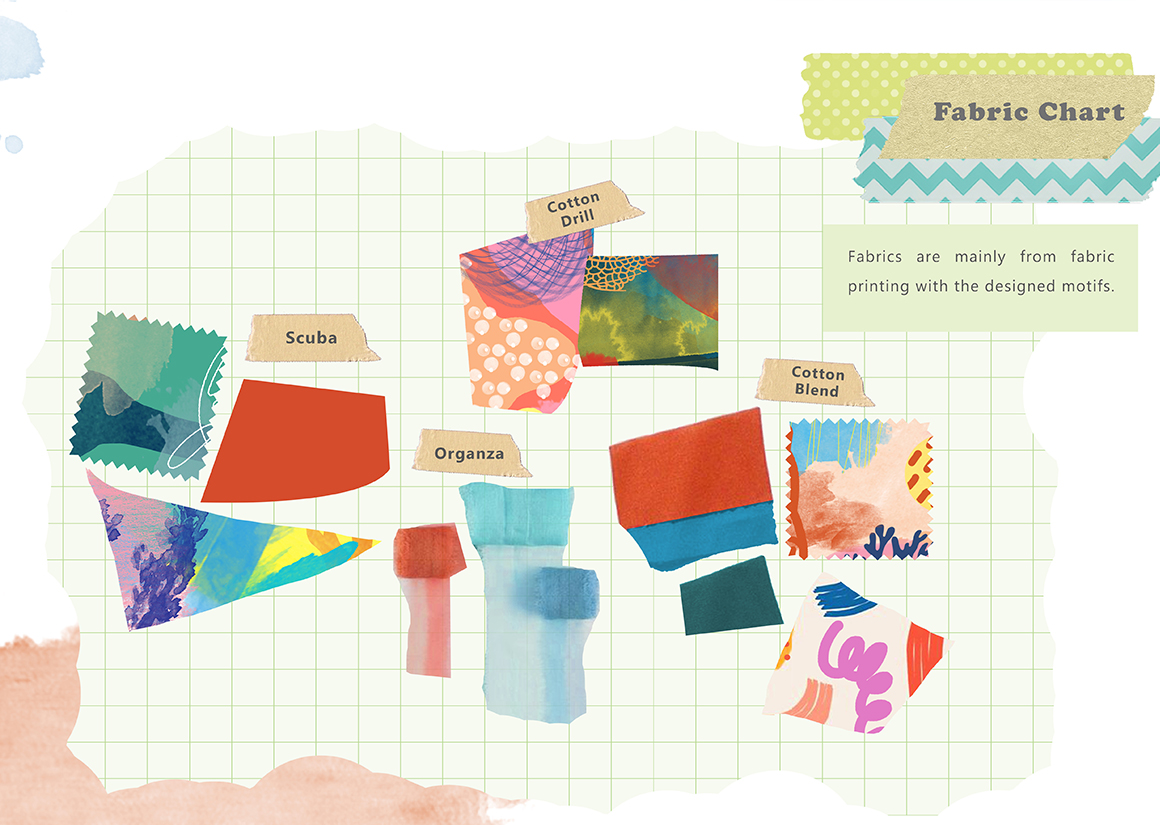 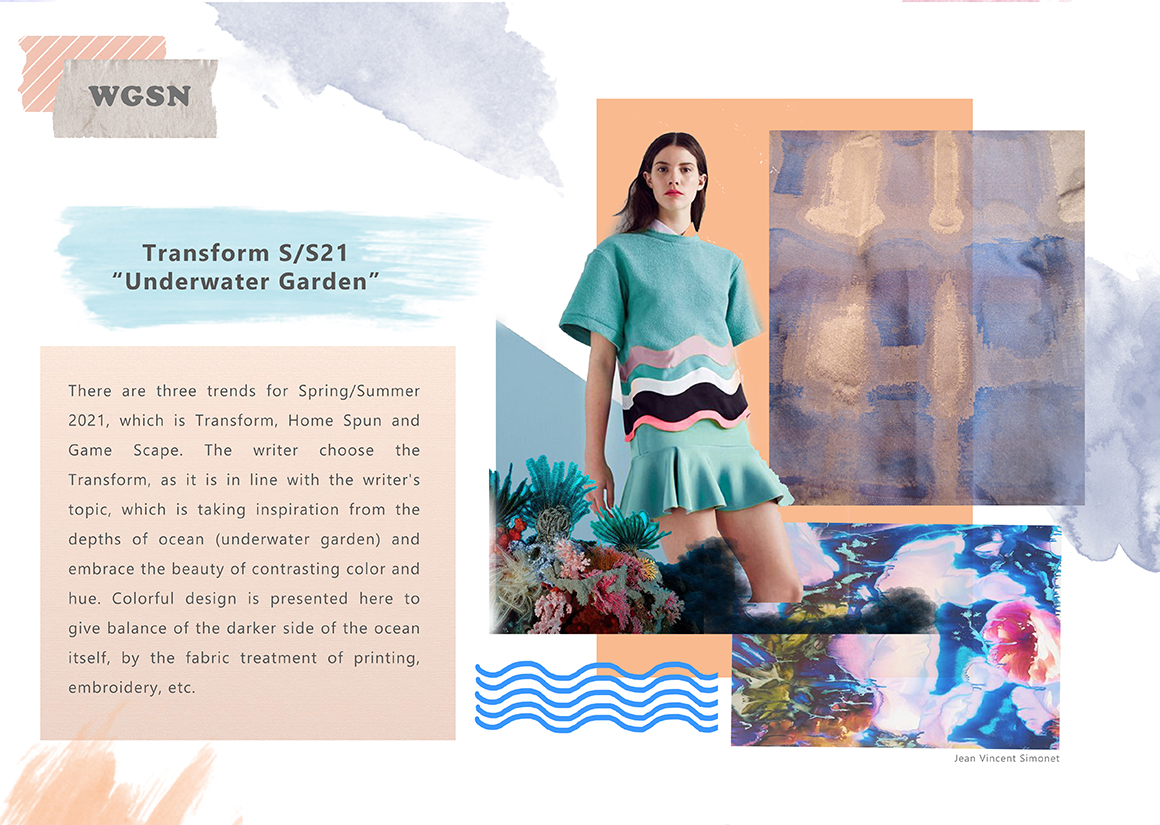 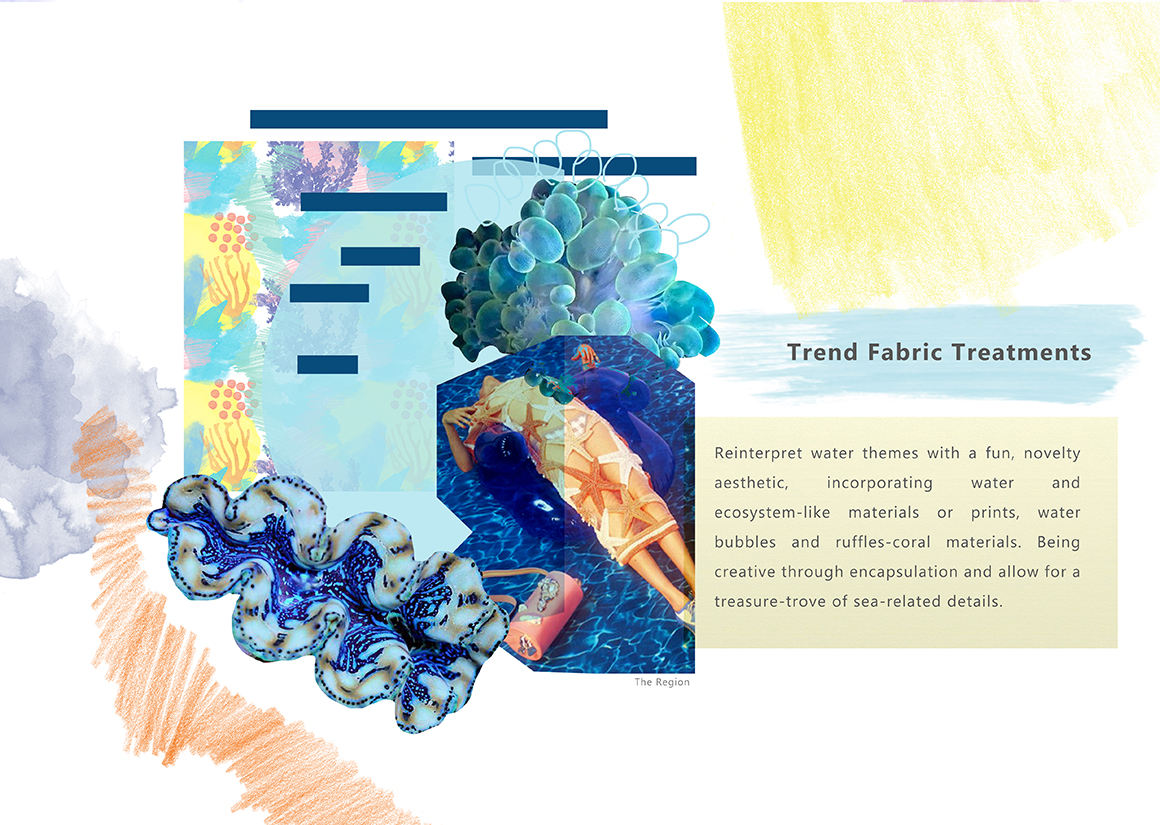 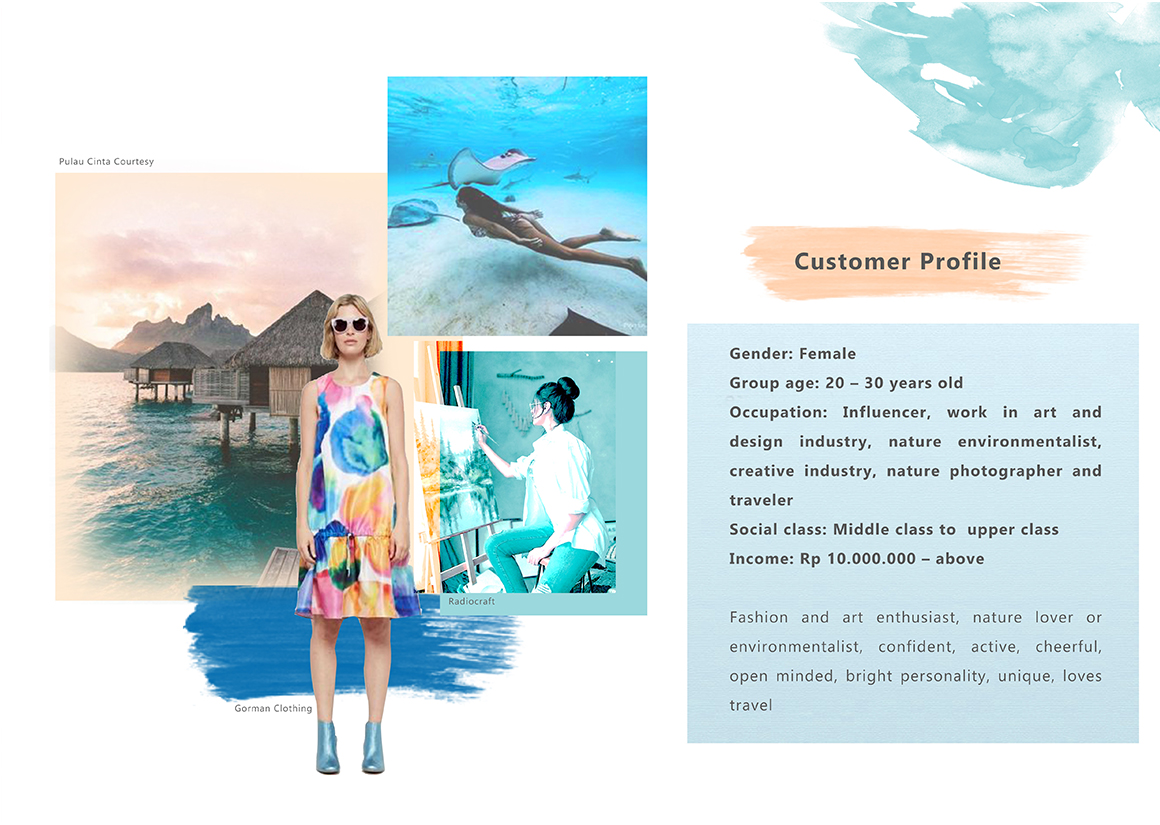 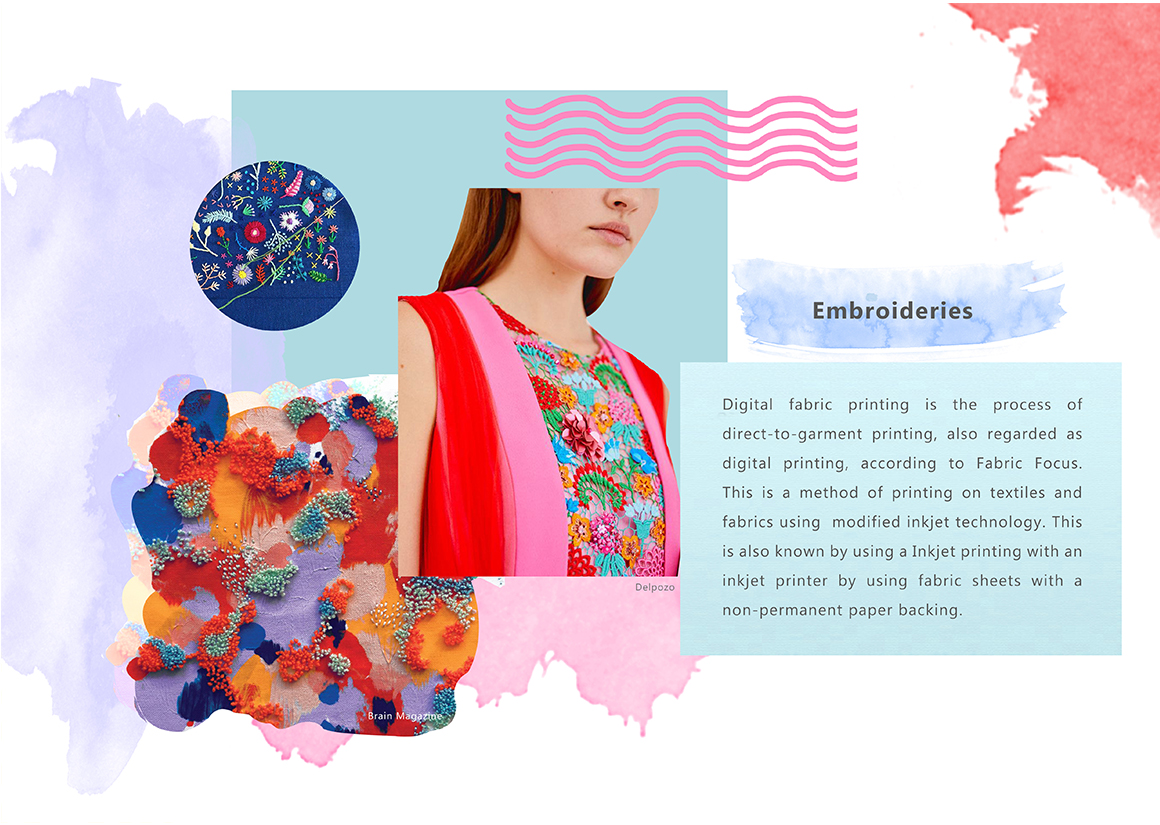 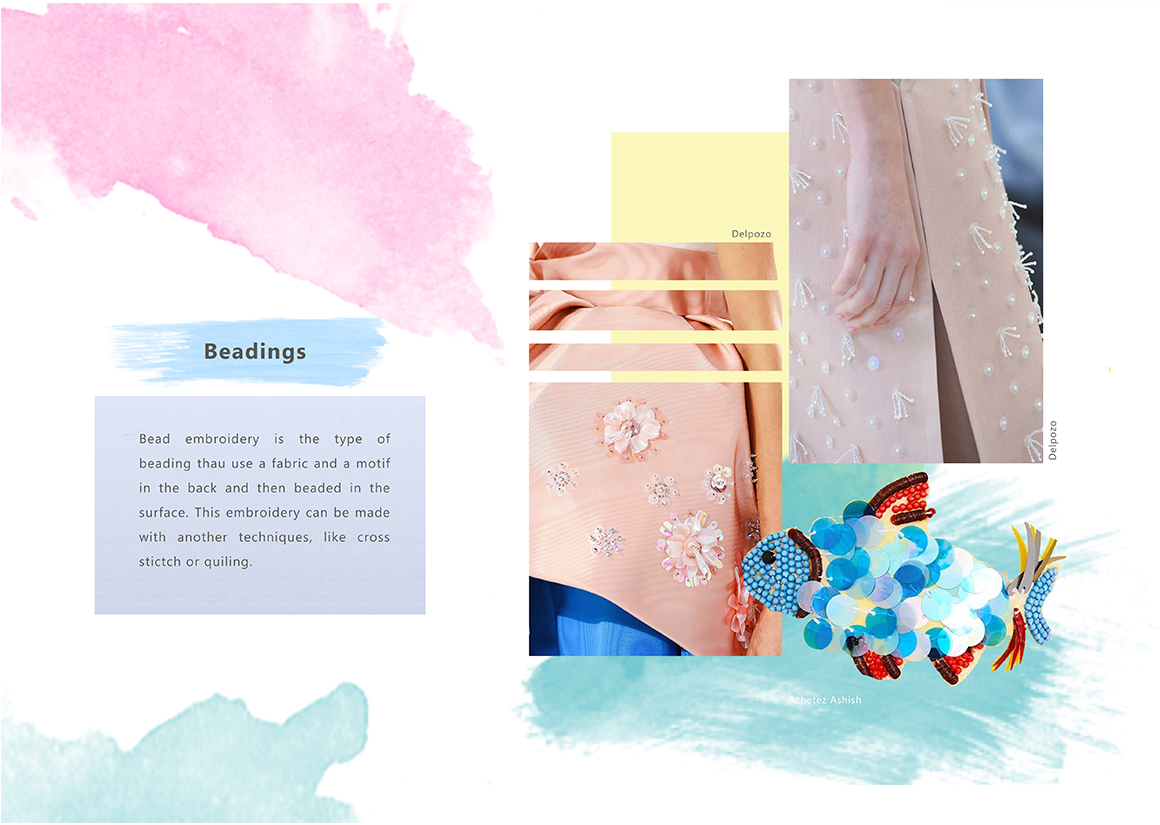 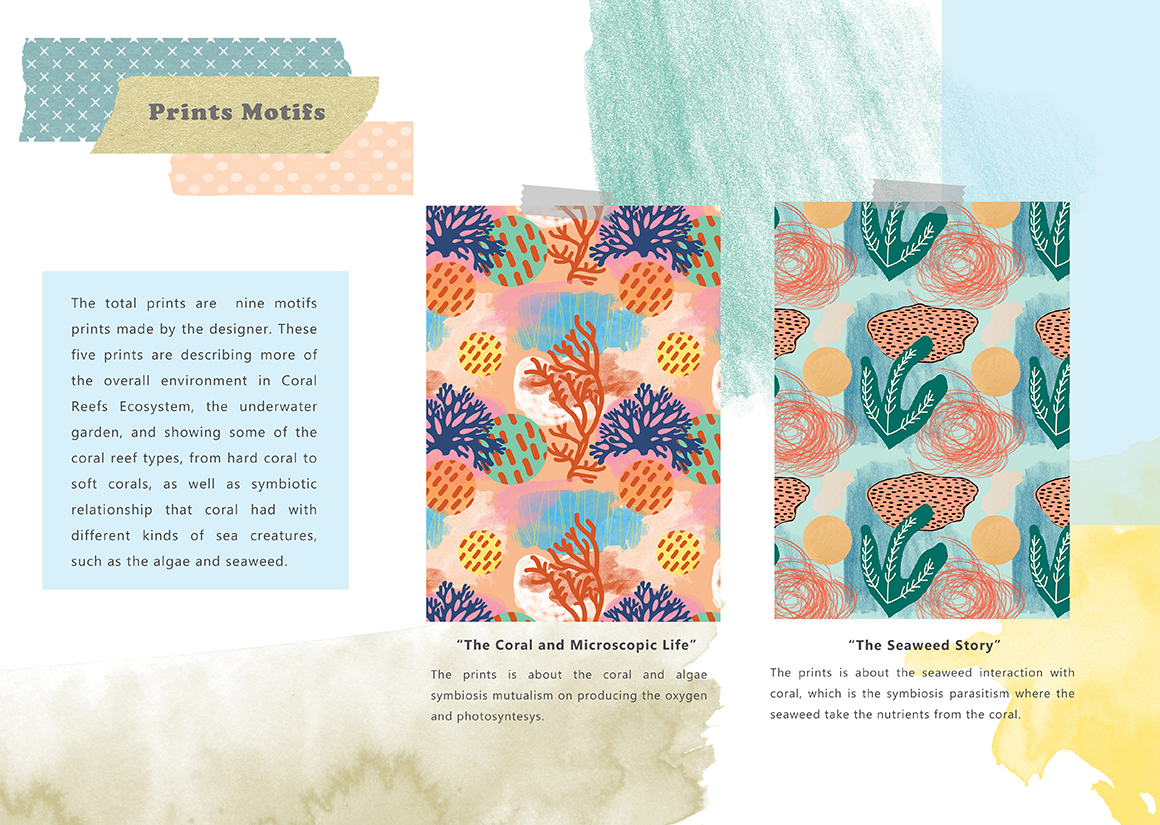 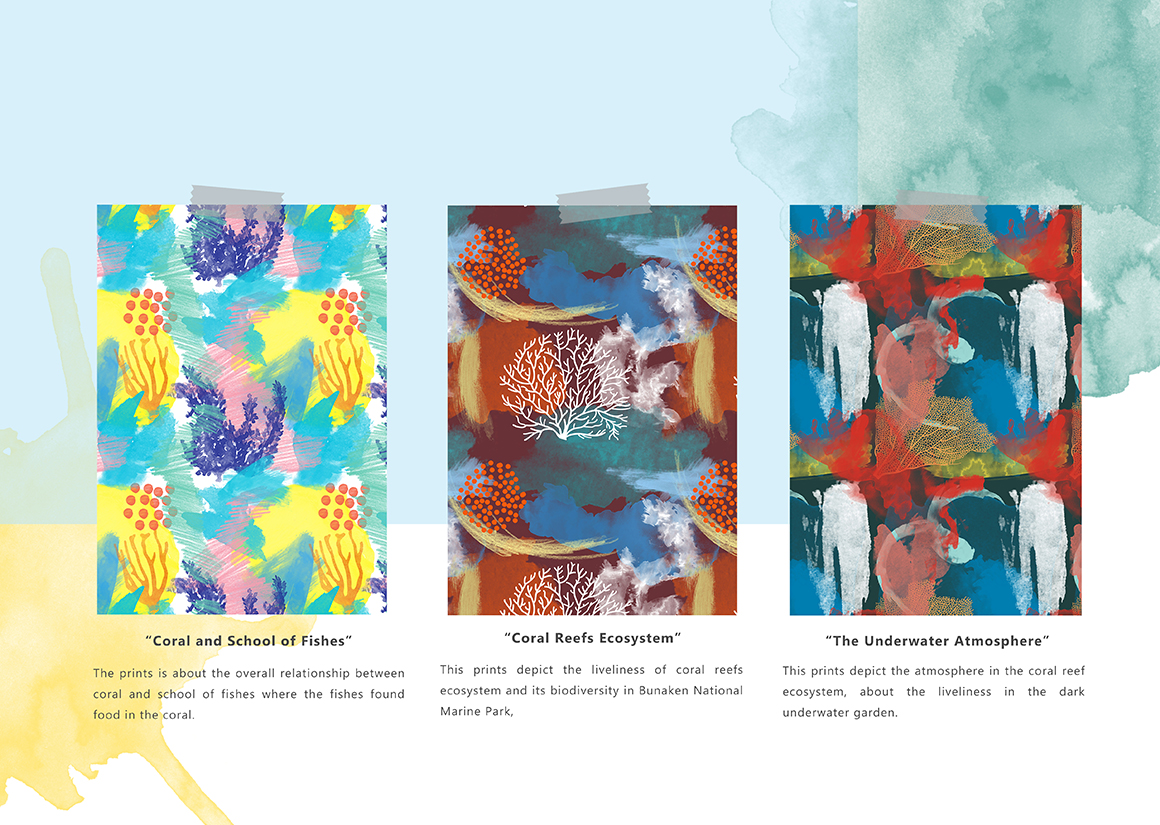 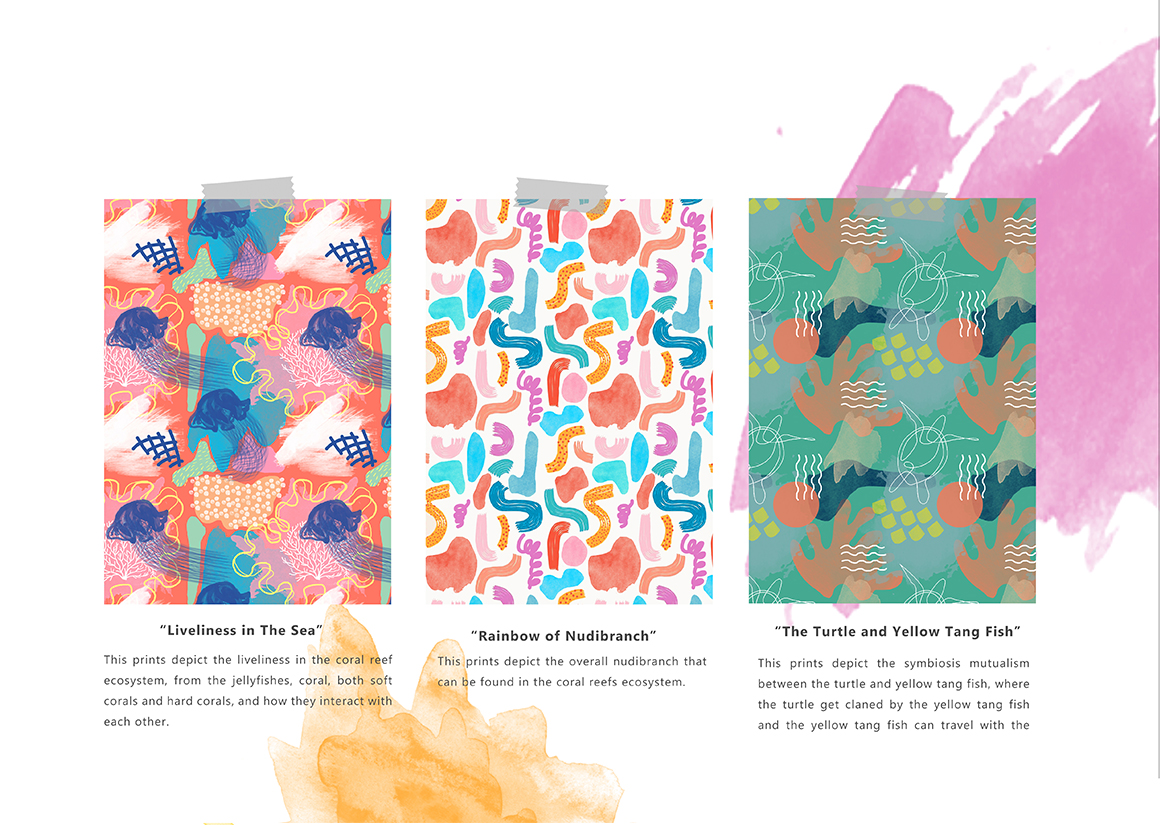 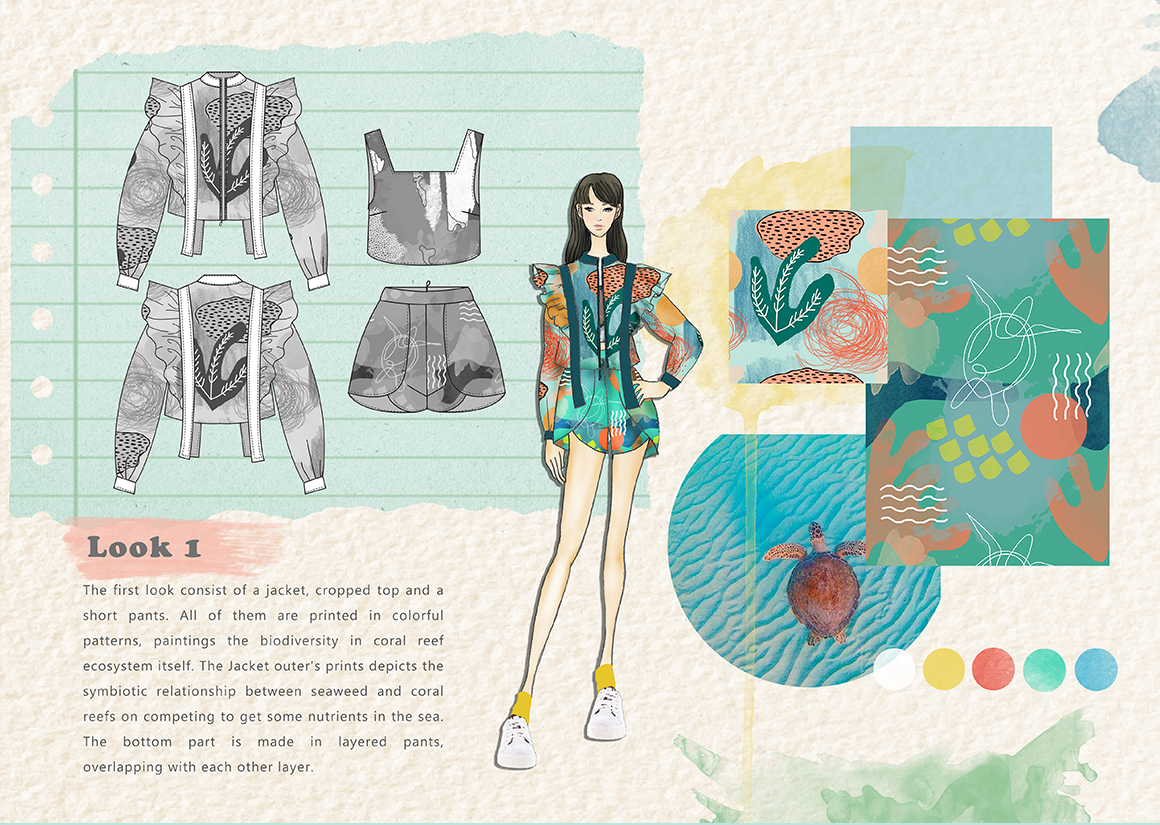 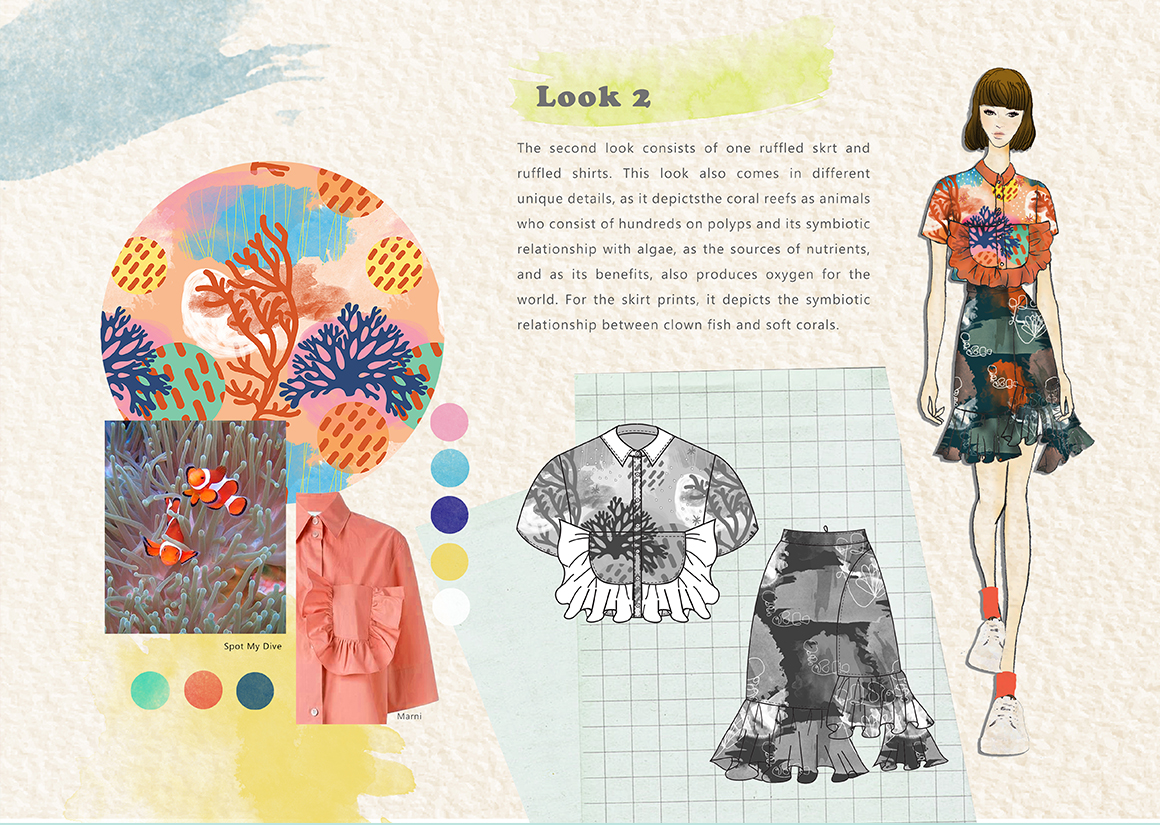 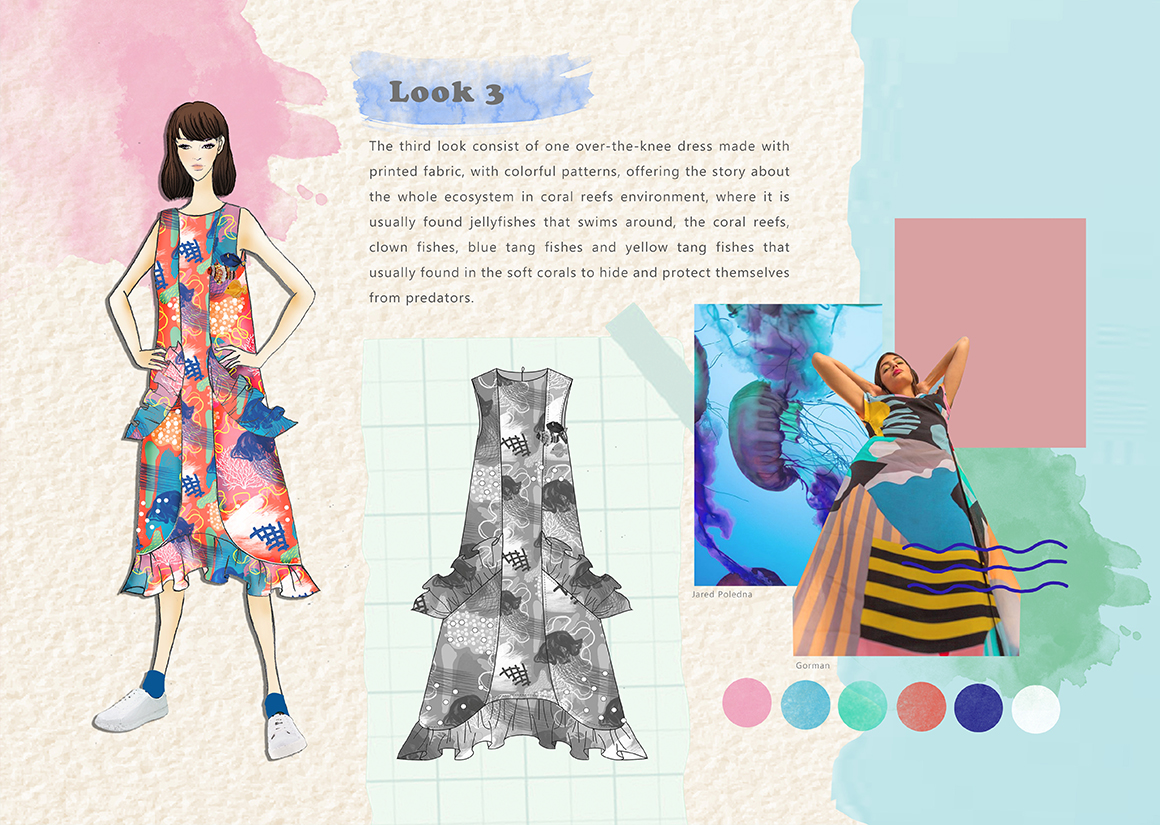 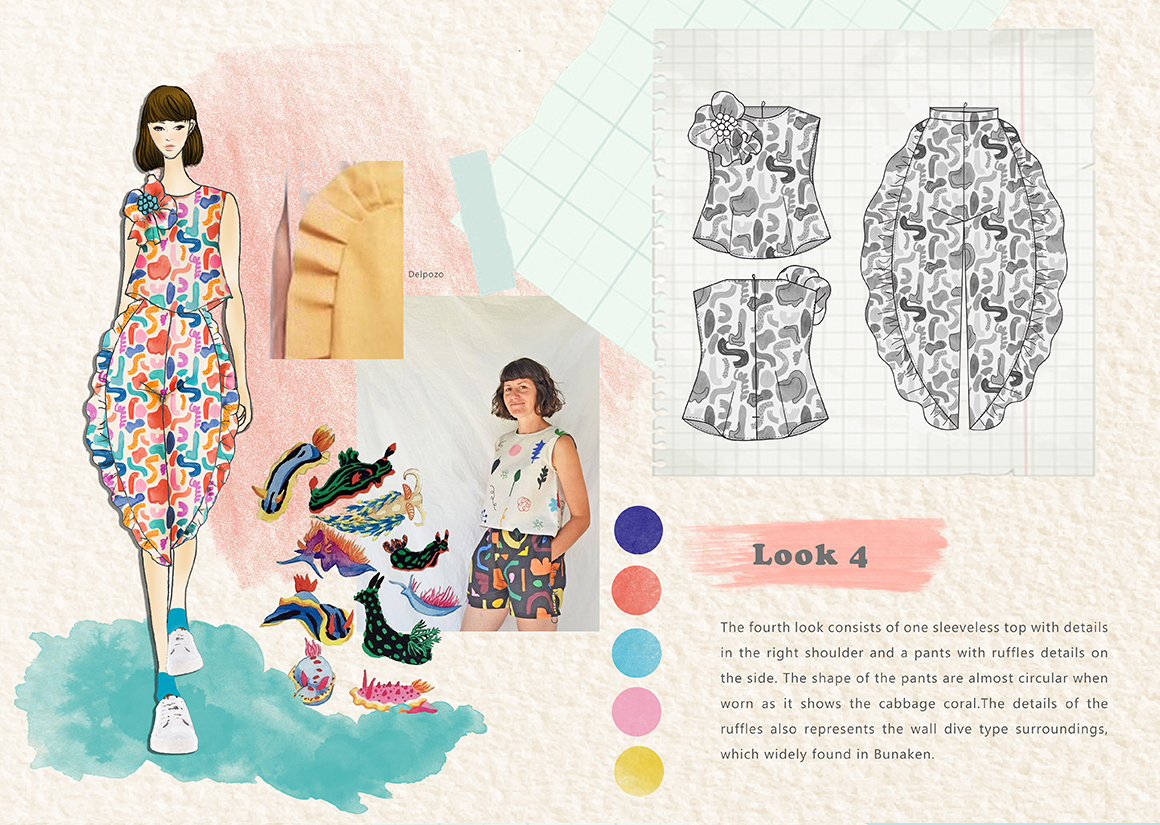 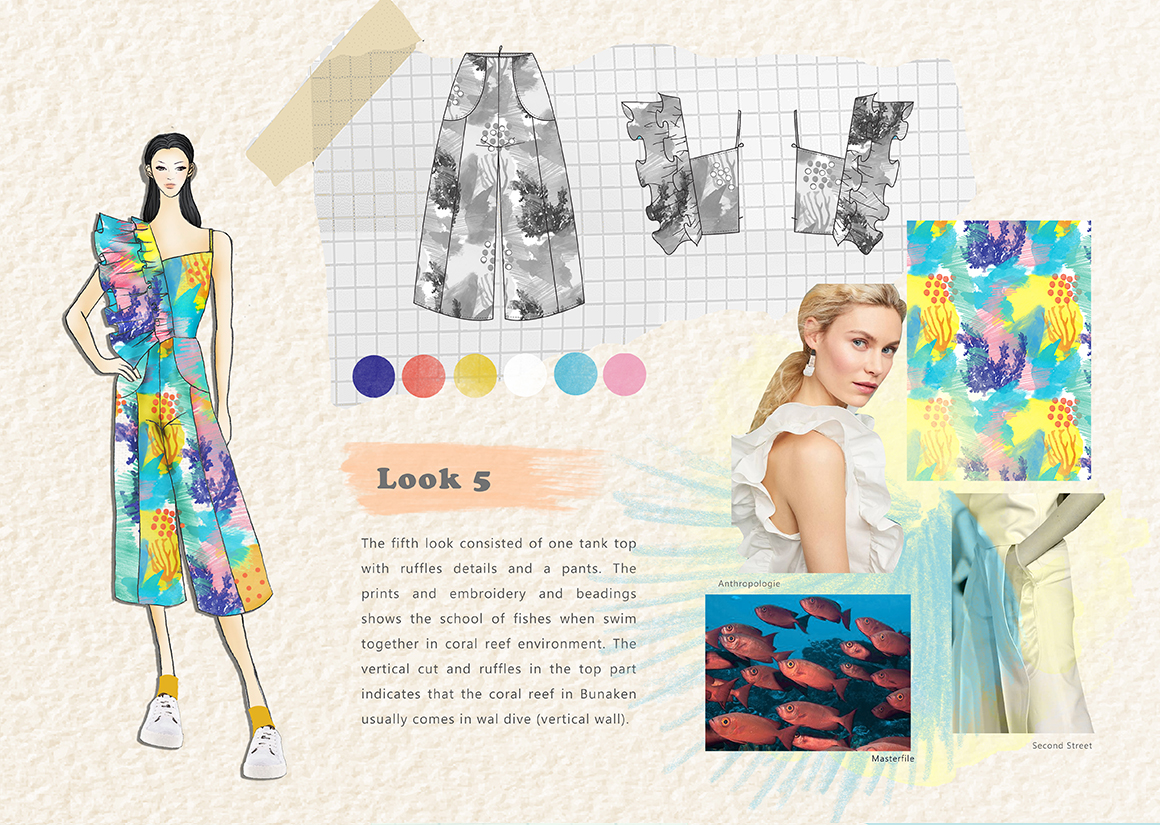 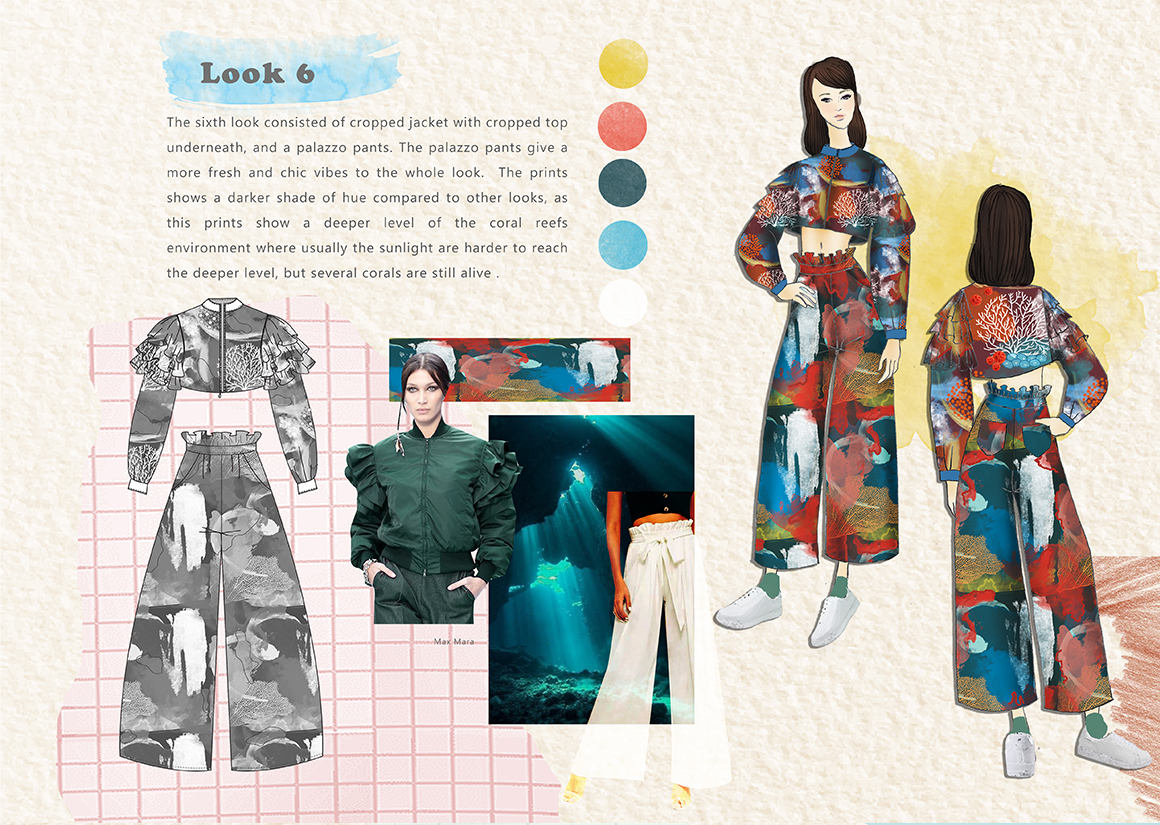 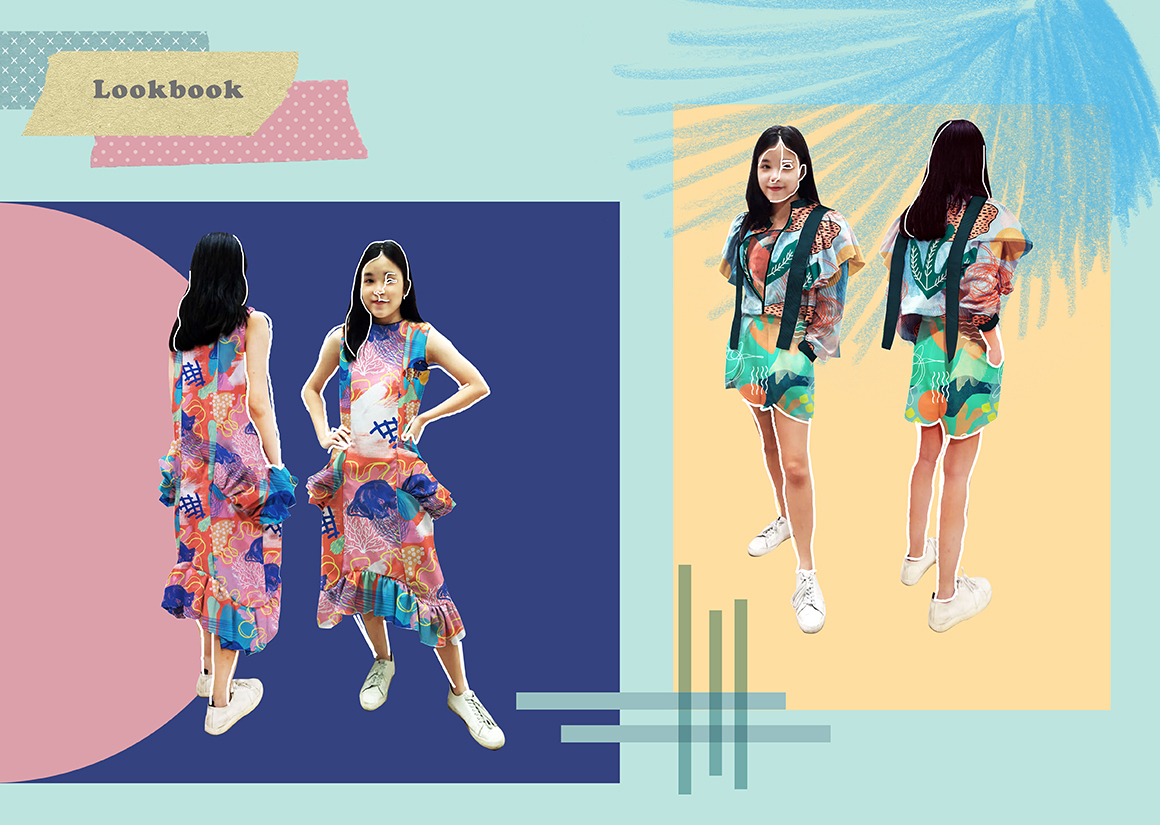 To show the colorful side of the ecosystem, I use different kinds of fabric embellishments like embroidery, bubbling textures and also fabric printing to my design to mimic the shape and textures of the living creatures in Bunaken National Marine Park to my collection. It also shows the dynamic environment that is pictured in a coral reef environment.

In order to be irreplaceable, one must always be different - Coco Chanel