A visionary designer aiming to portray social issues through fashion

Intrigued by the idea of how fashion can influence and address social constructs, Tran strives to transform fashion into a form of narrative art, conveying her ideas, beliefs, and messages. In her final year at LAU, Tran has narrowed her focus specifically on the impact of patriarchy on society, evident in both of her mens and womenswear collections.

The initial inspiration for Tran's major project was taken from a research on the patriarchal perpenturations of all women's existence as mere objects. This fuelled her determination to deconstruct the toxic sexual objectification of the female body. “Women on View” challenges the male's gaze that imposes itself on women by asking the question: ”how can a woman see herself in a culture that refers to her as an object?”.

The collection is combined with elements of tailoring and draping, featuring furniture shapes.

By offering a range of hybridised tailoring with draping, “Women on View'' unpicks the femininity of form while empowering the wearers with sculptural quality. The emergence of multiwear adds a ‘new but old’ look to the collection and allows transformation among each piece for casual or formal wear. Same tone fabrics, yet, contrasting textures were used to bring a disruption on traditional silhouettes.

The silhouette is heavily inspired by furniture, representing the mistreatment of women as functional and decorative possessions. Tran has purposefully used the shape of chairs to mirror the domination of men on women’s bodies: emotionless objects to sit and lay hands on. “Women on View” fuses the sophistication of tailoring with multi-wear ethos to create a contemporary perception of womenswear. Her multi-wear ethos is influenced by bondage play of restriction, highlighting the concept of fetishisation. 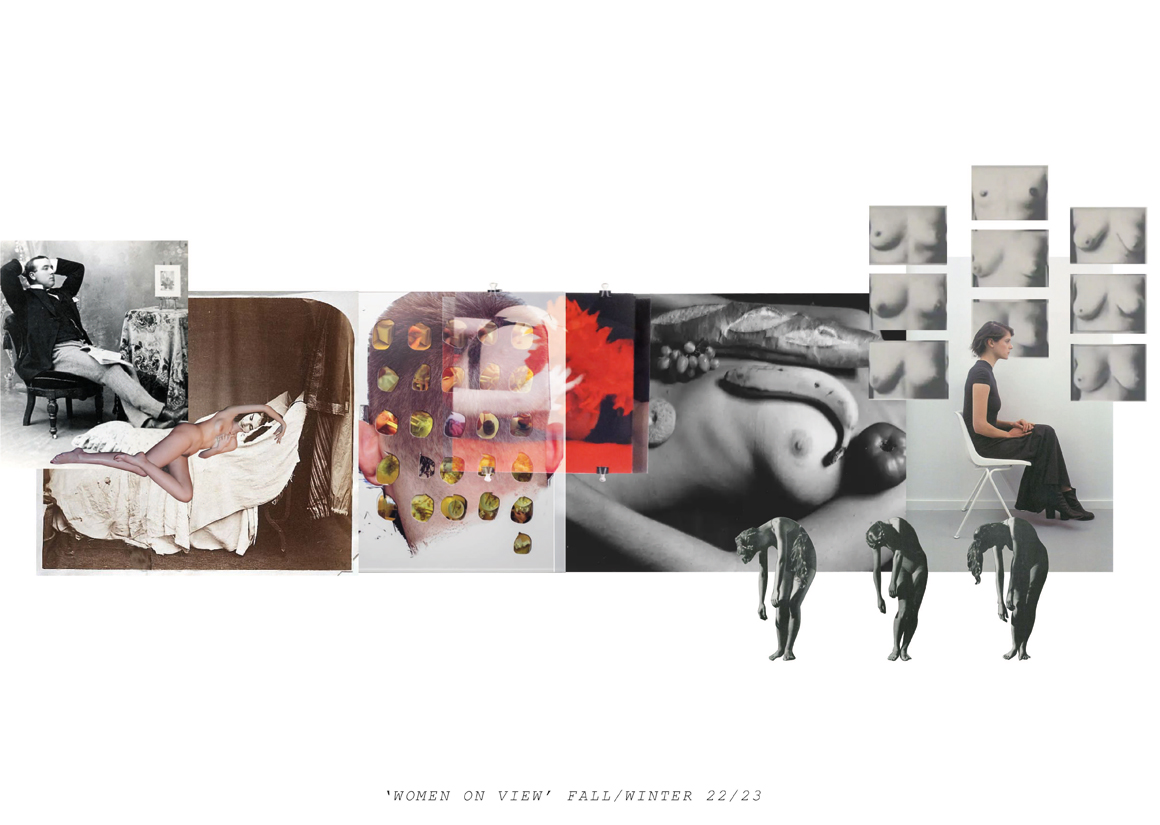 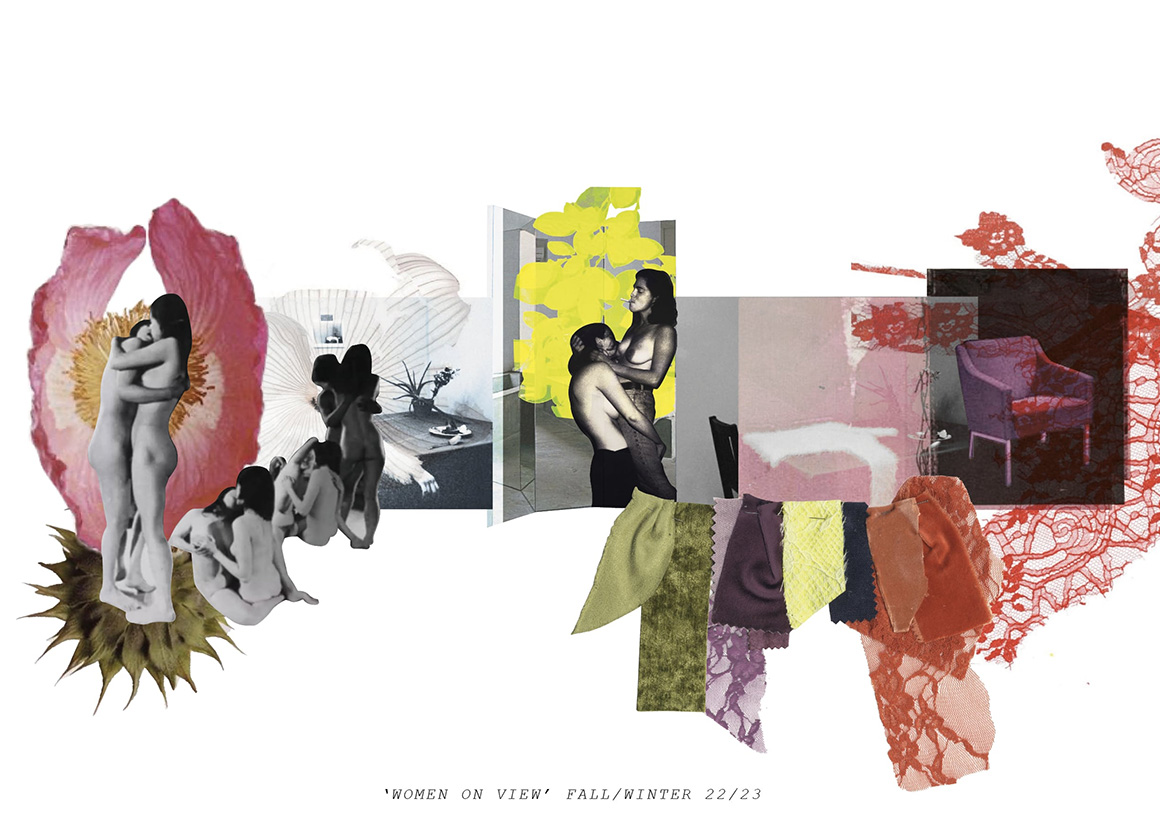 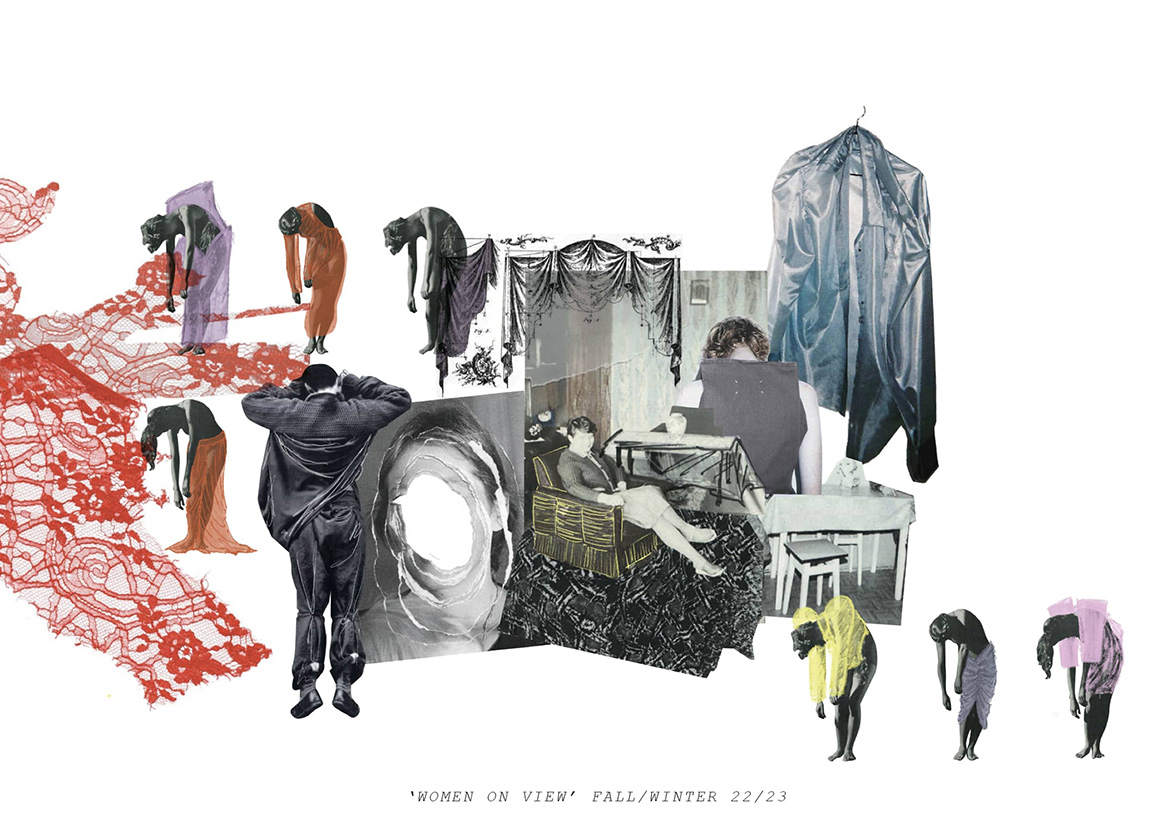 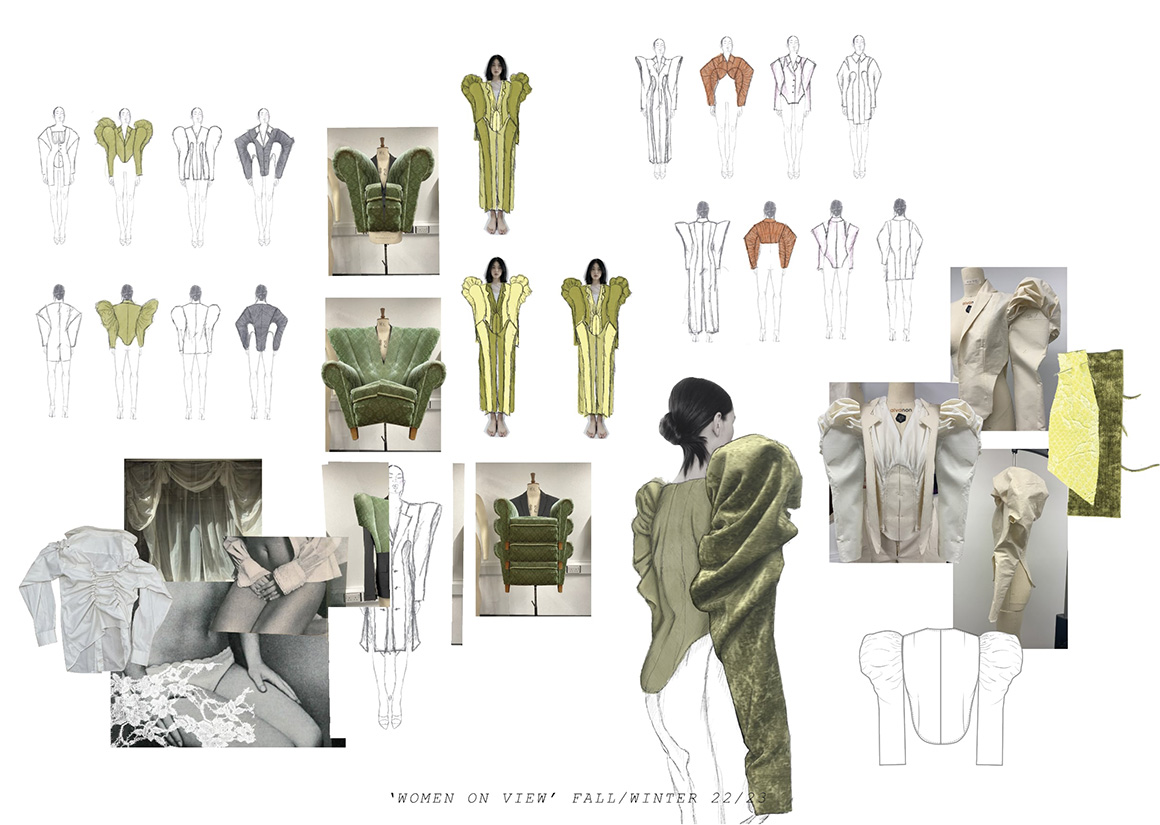 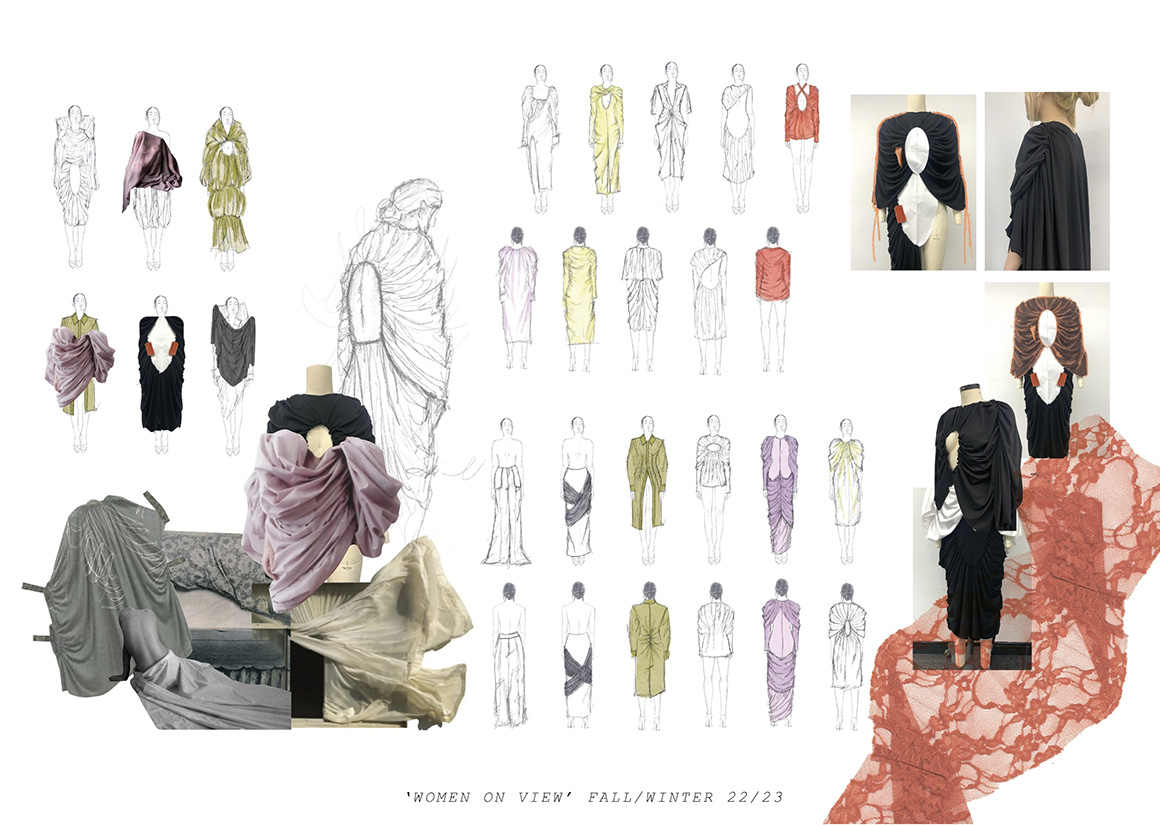 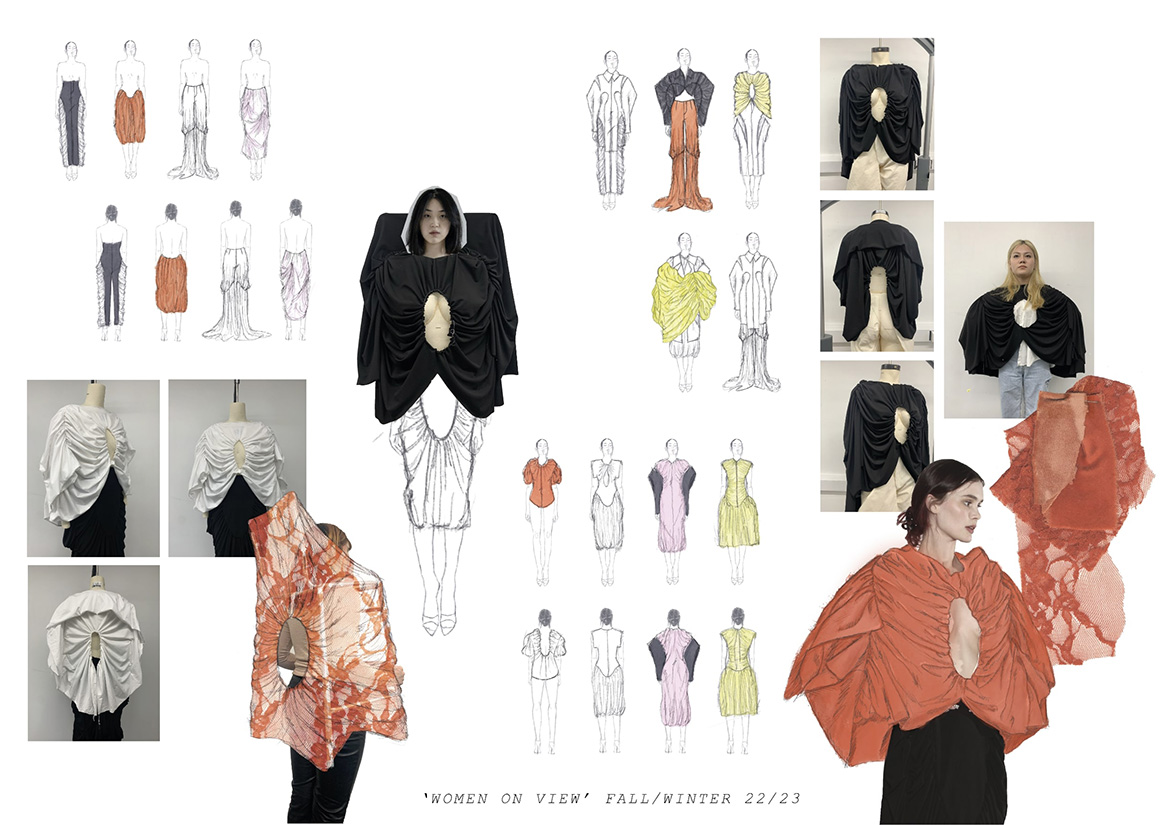 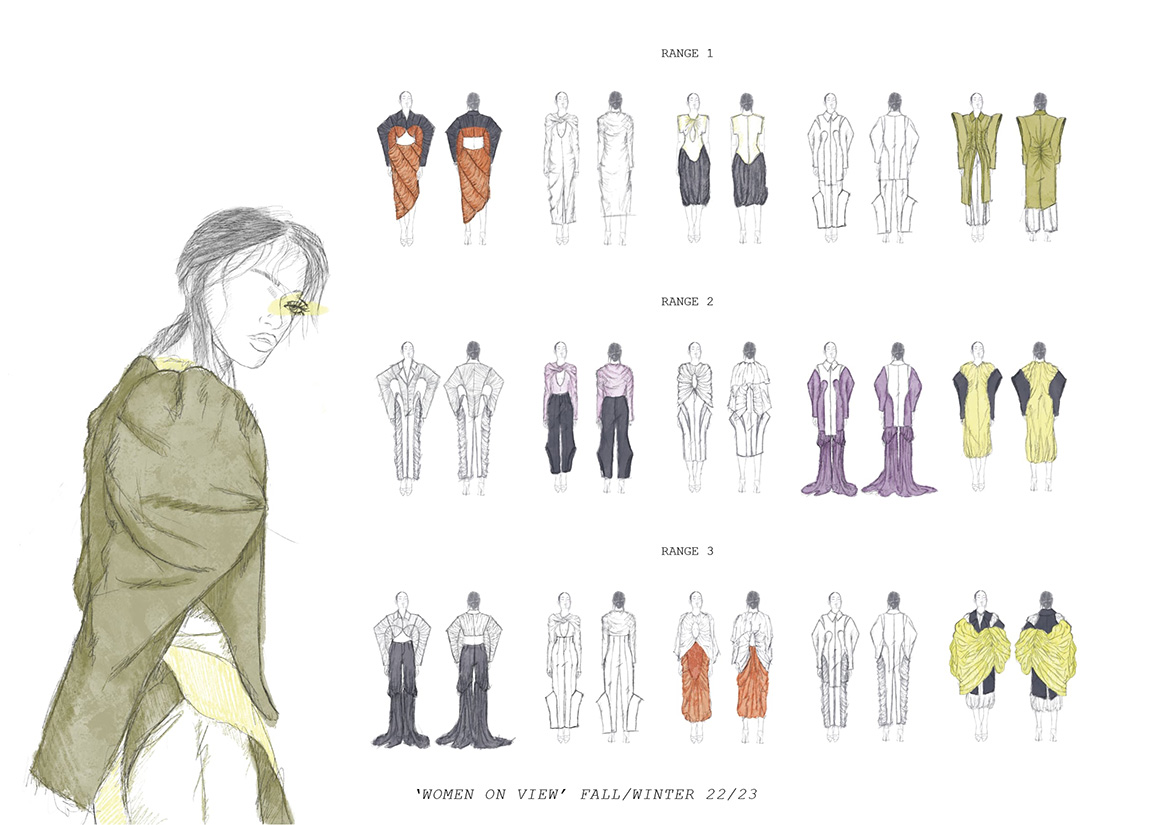 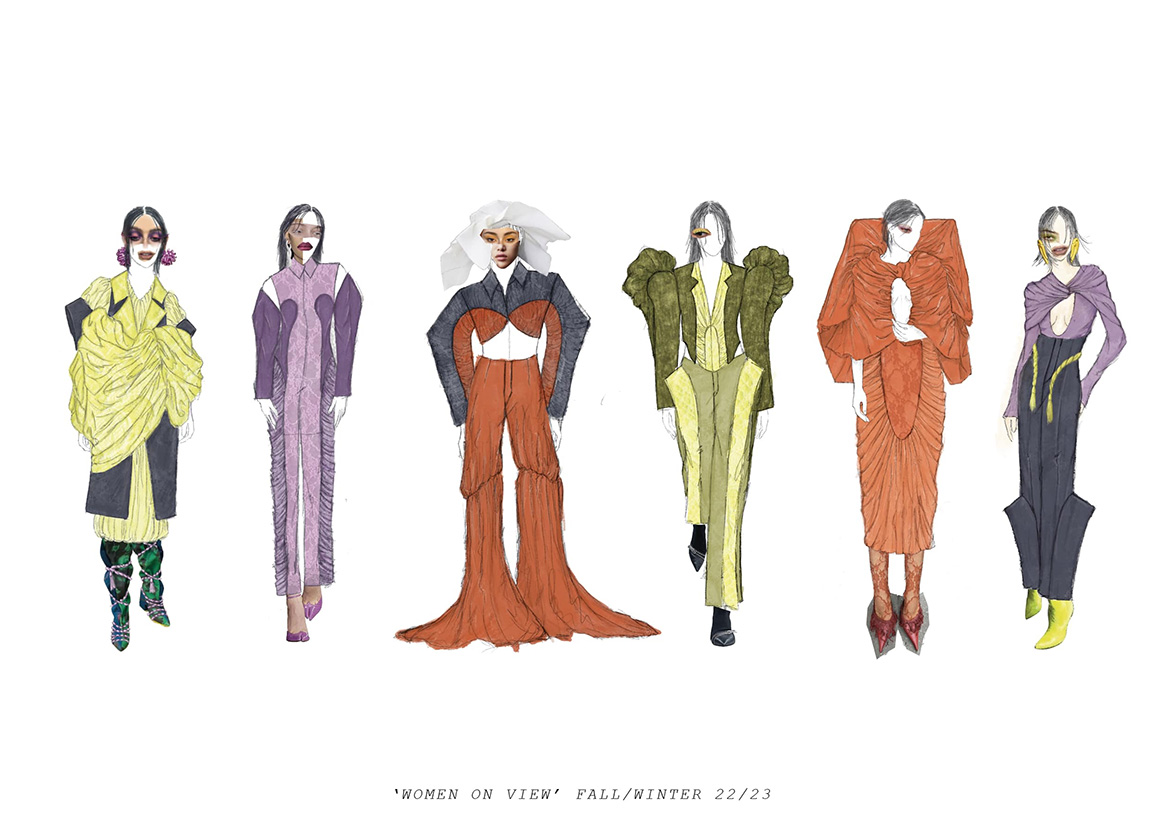 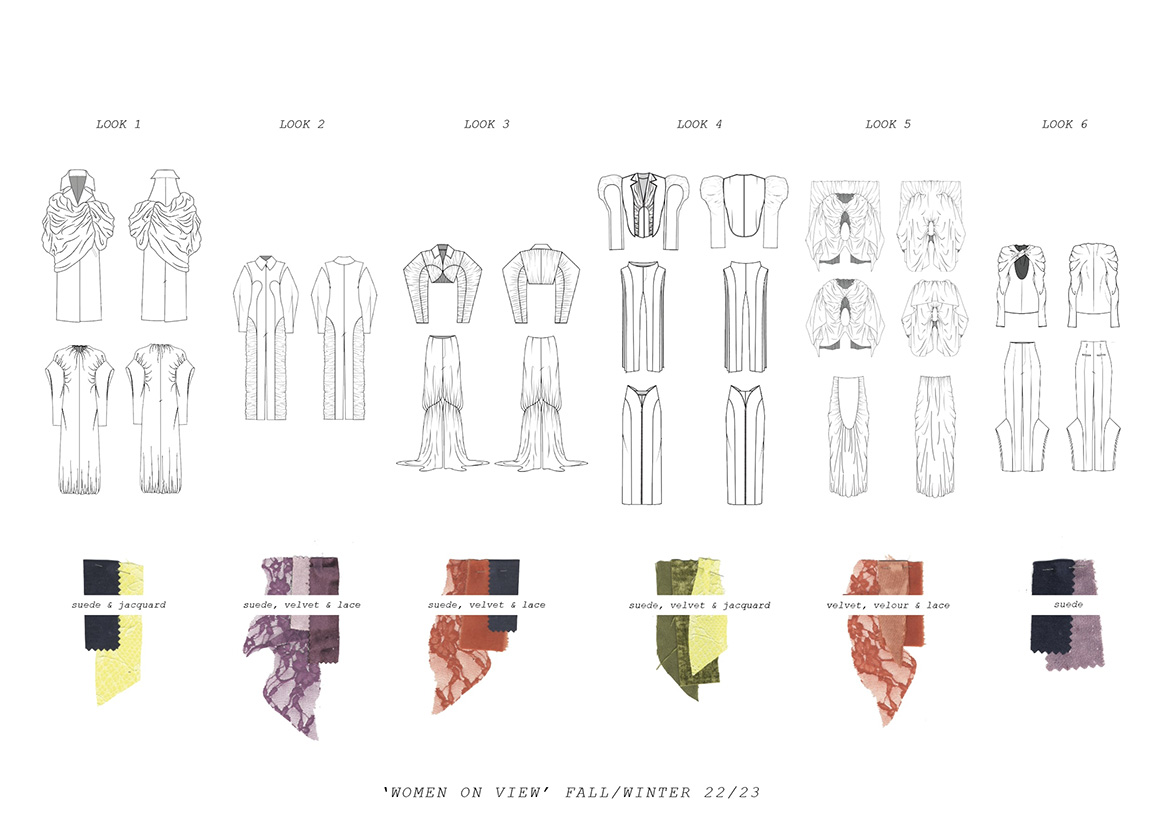 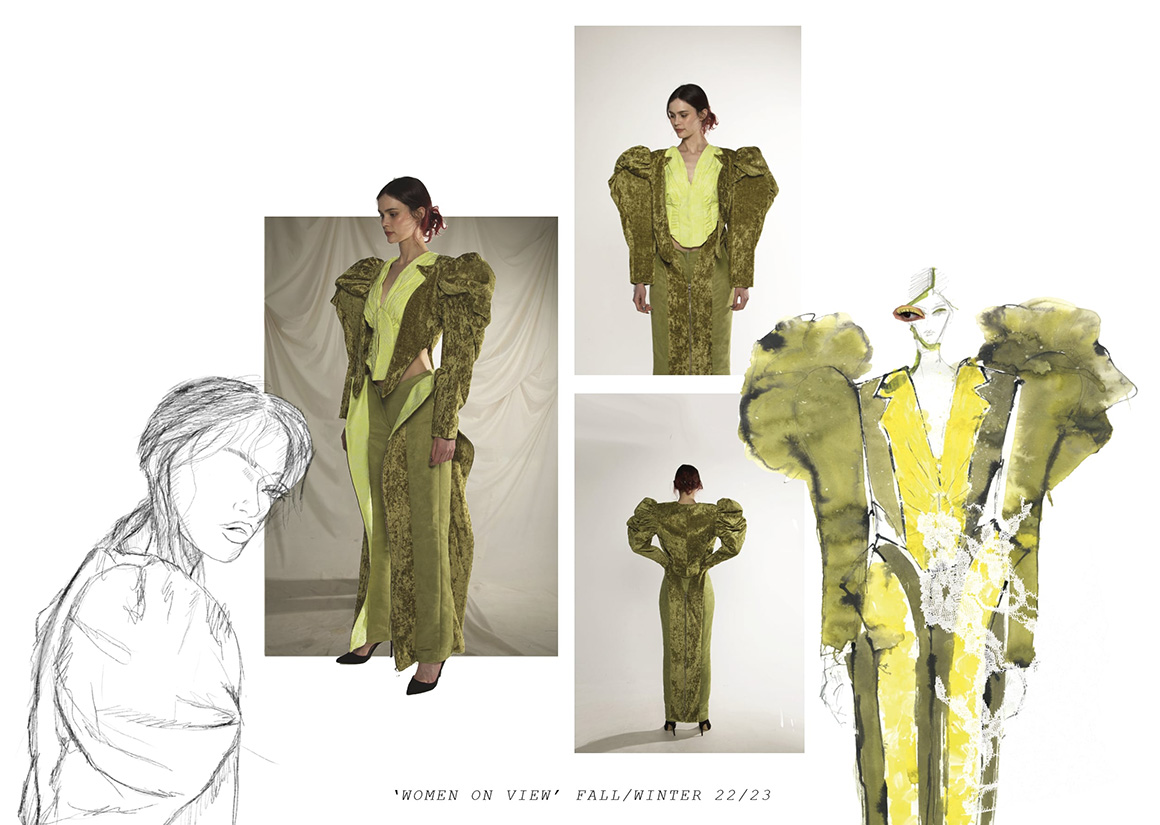 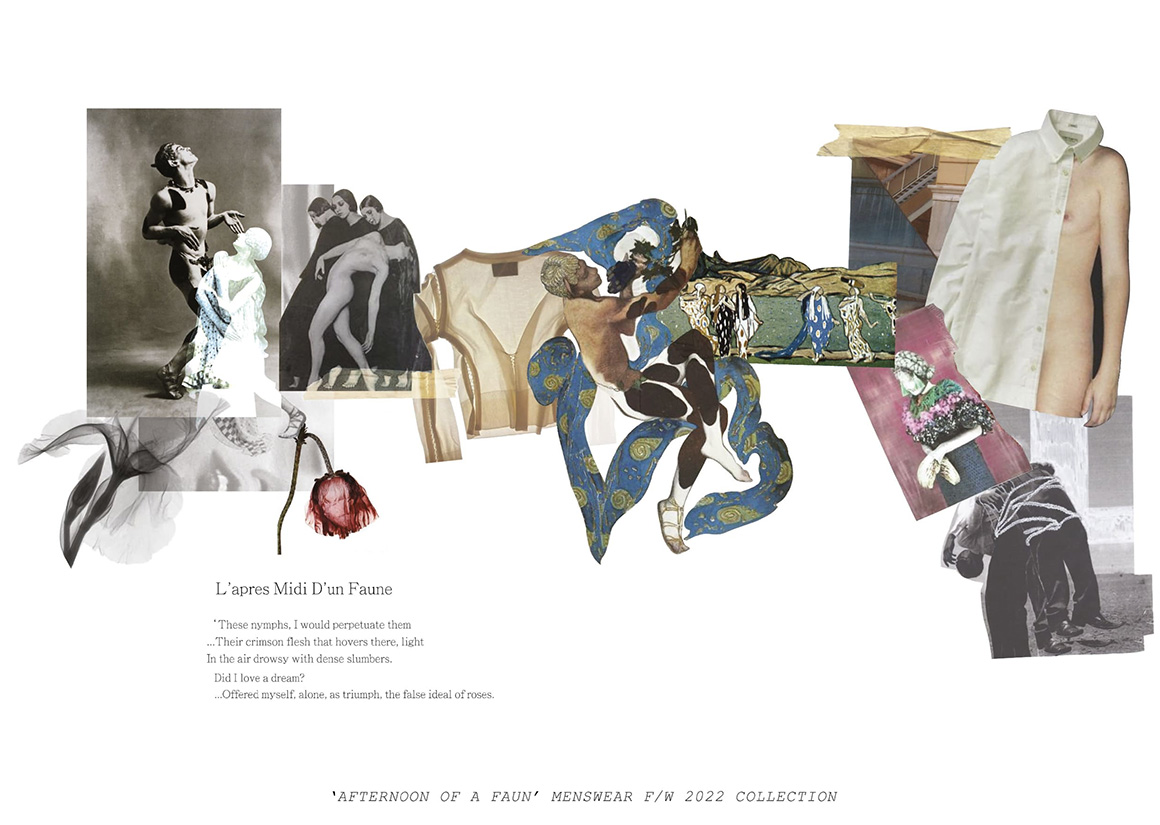 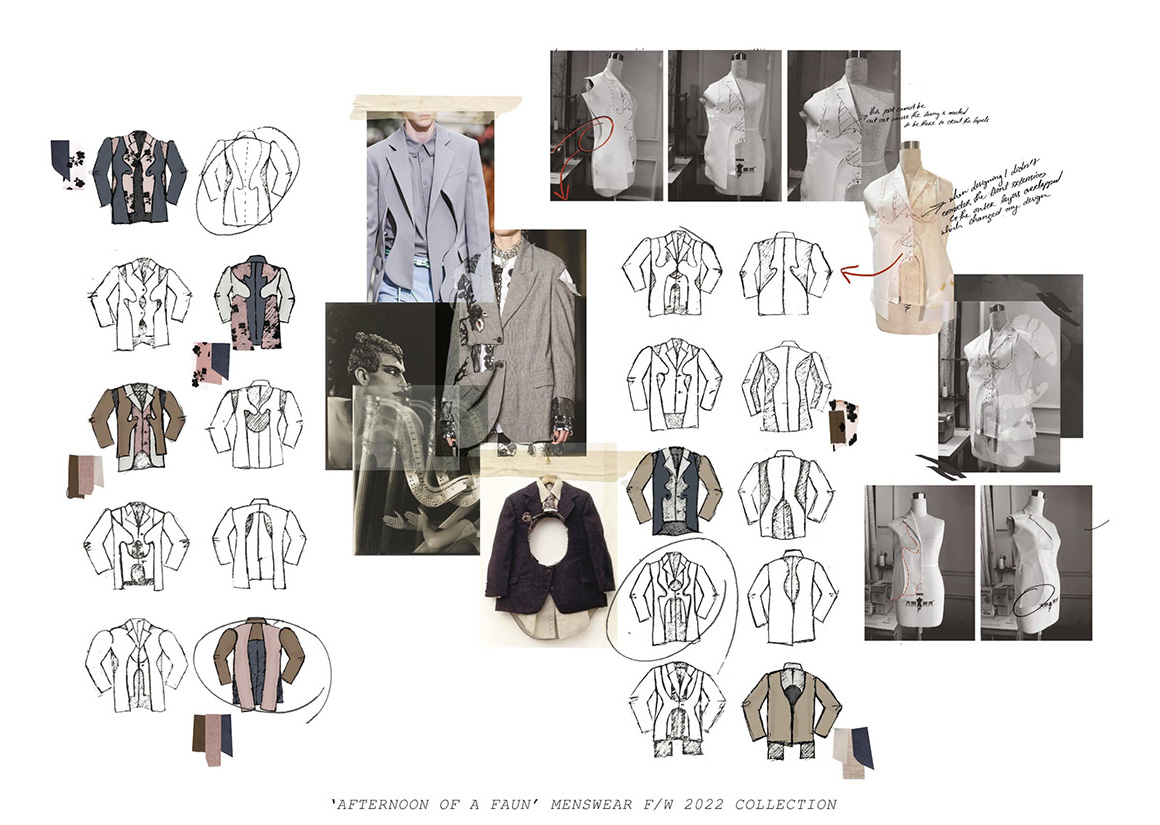 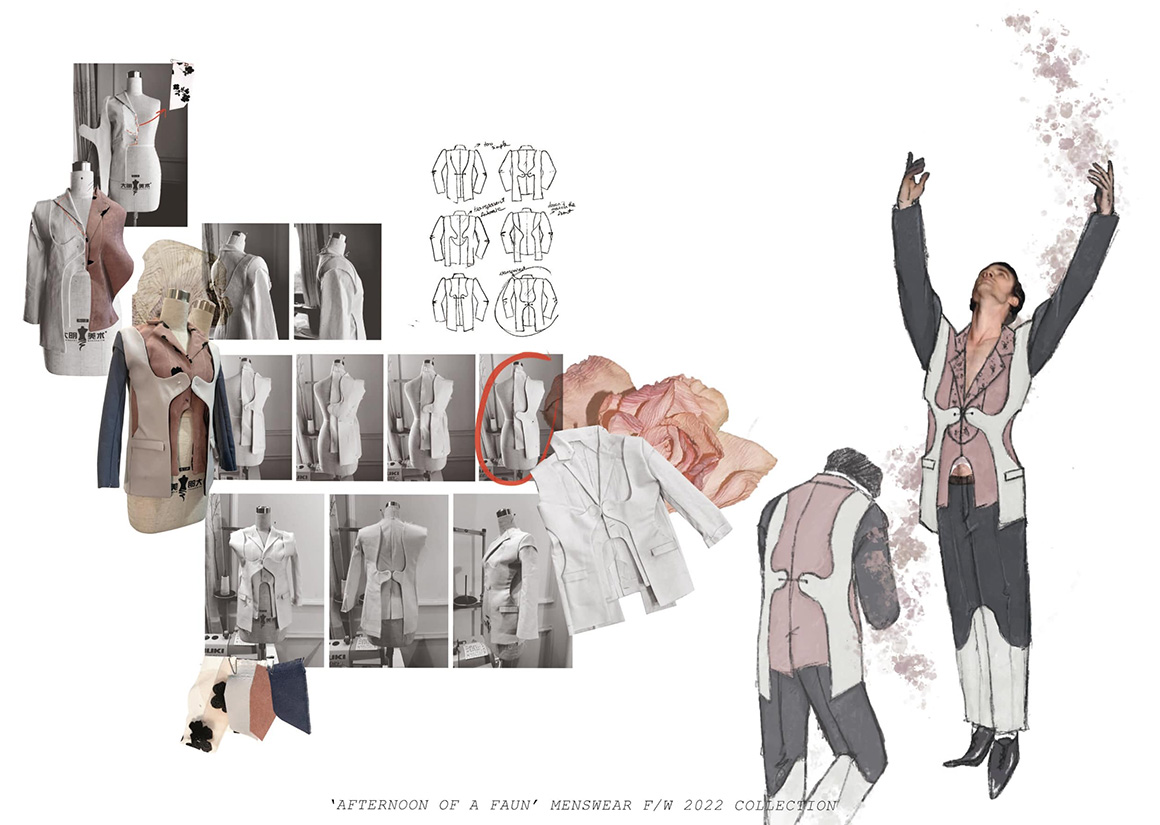 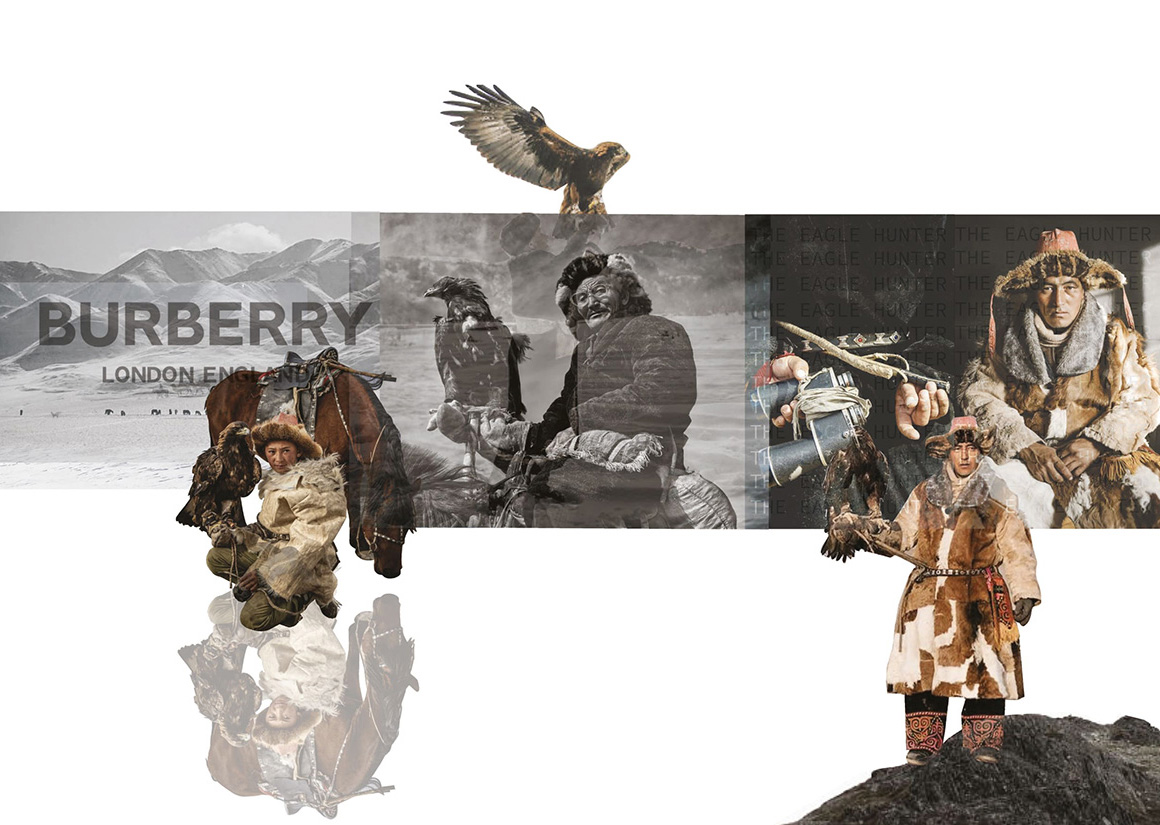 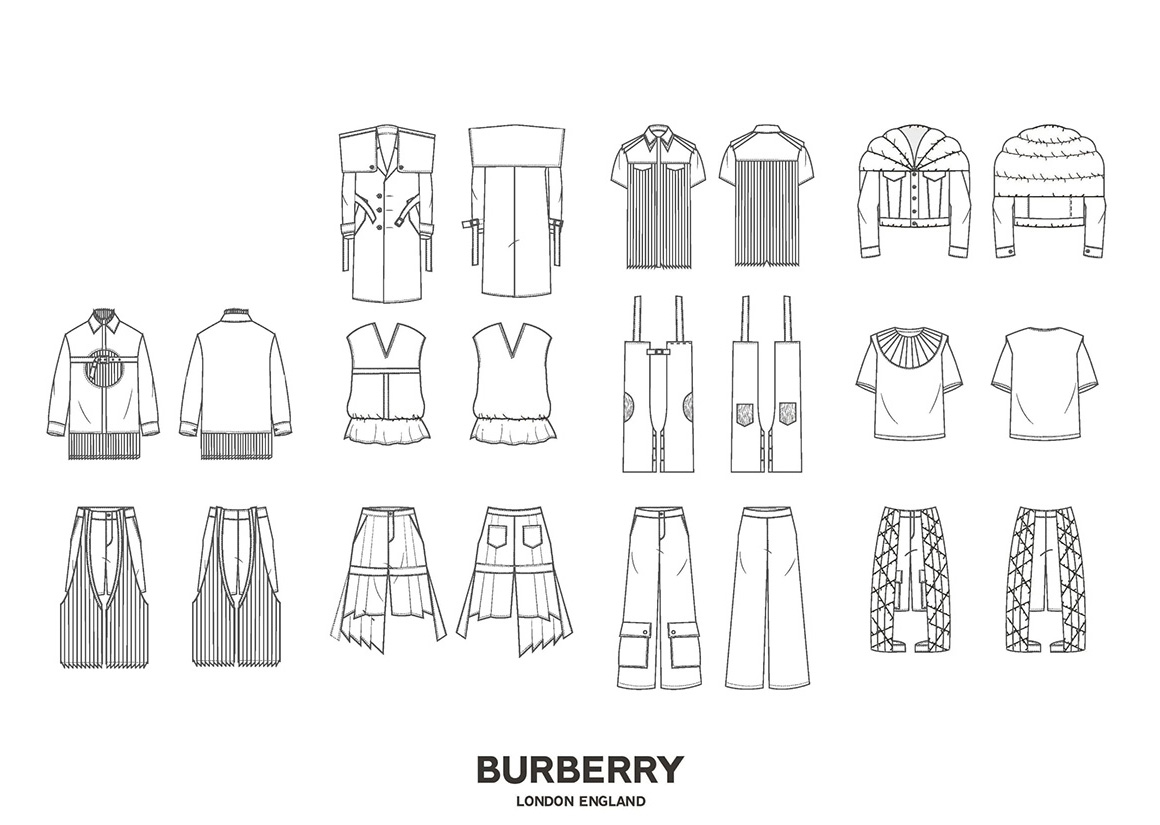 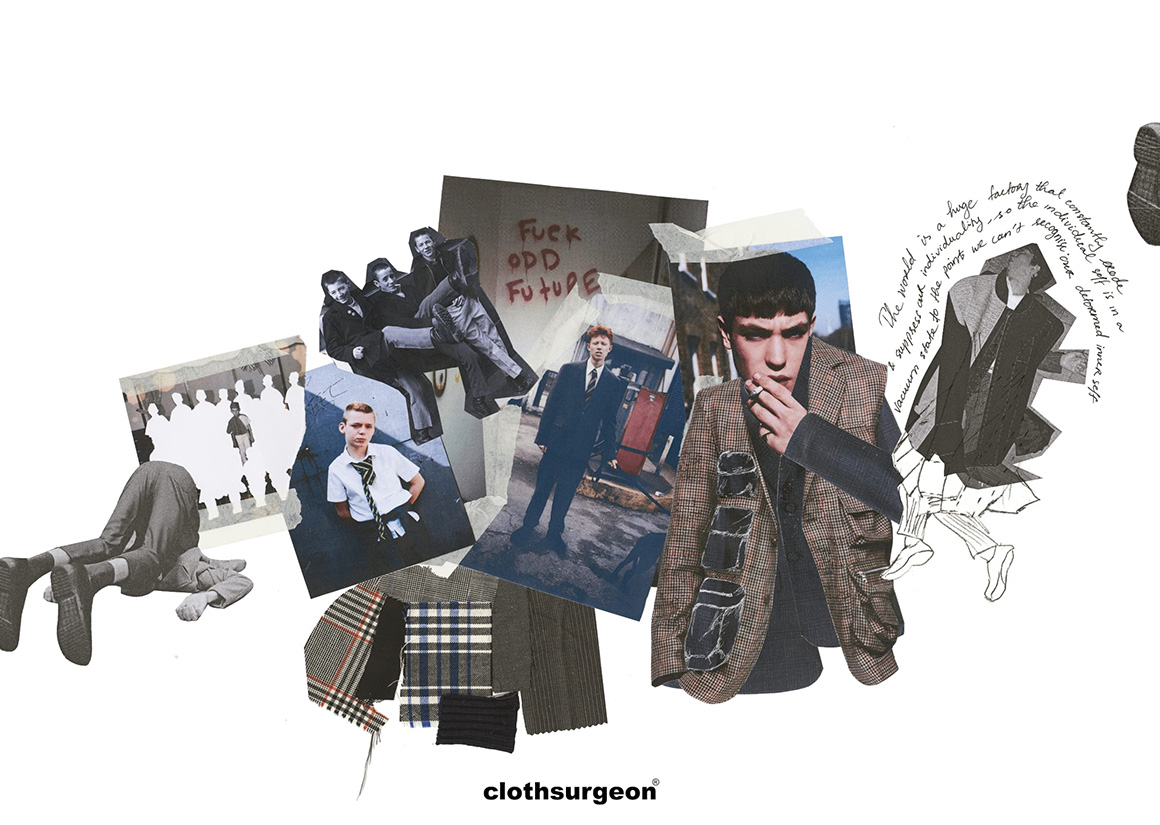 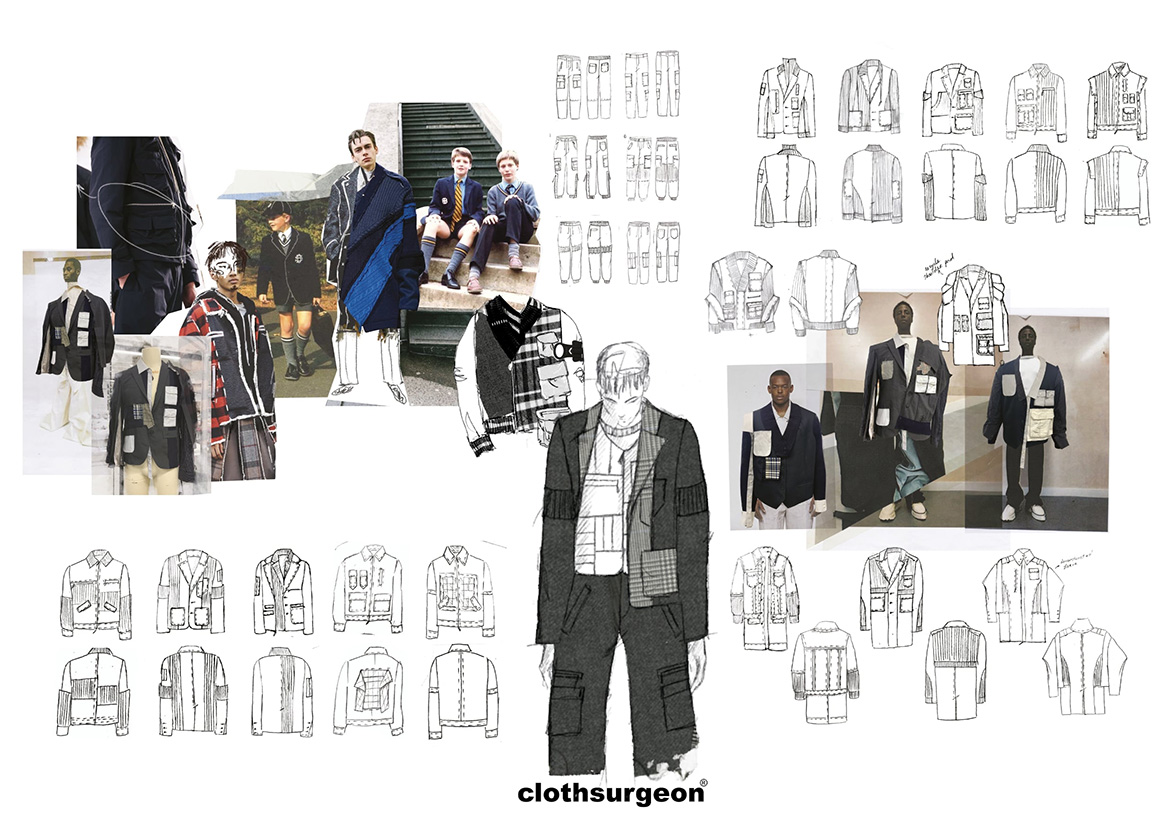 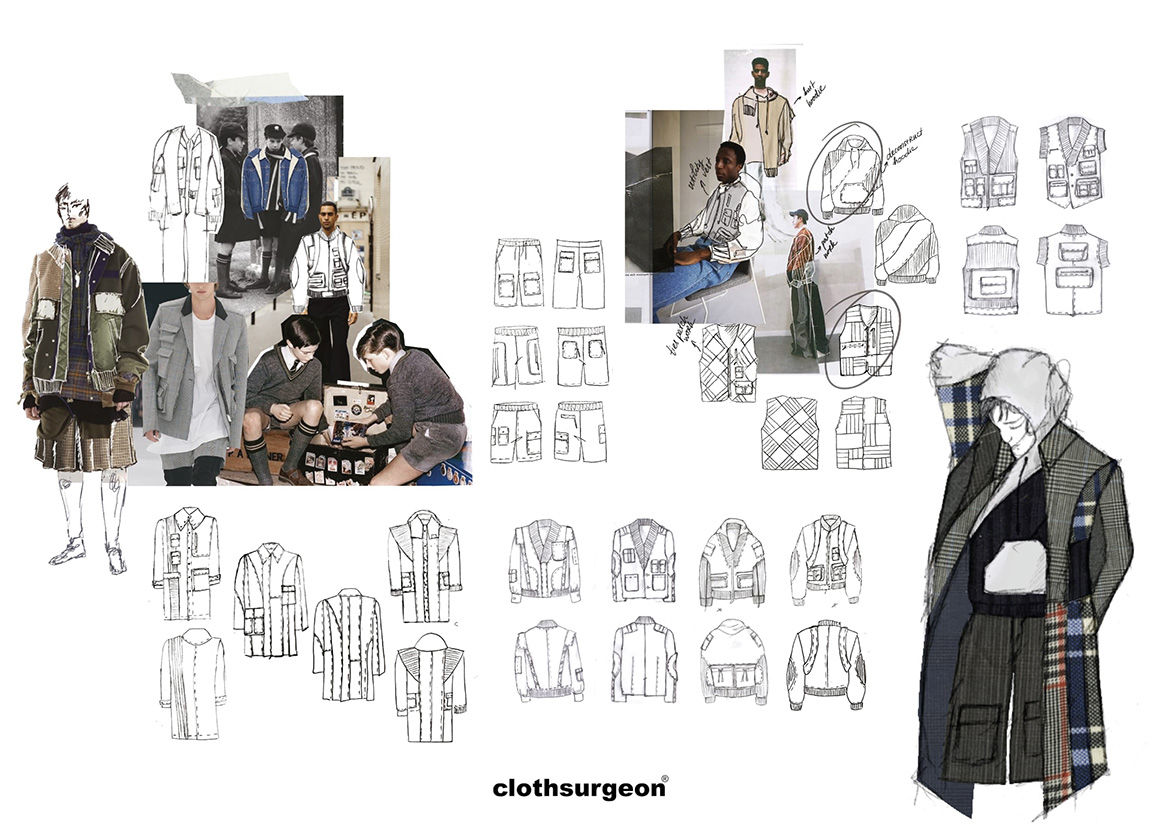 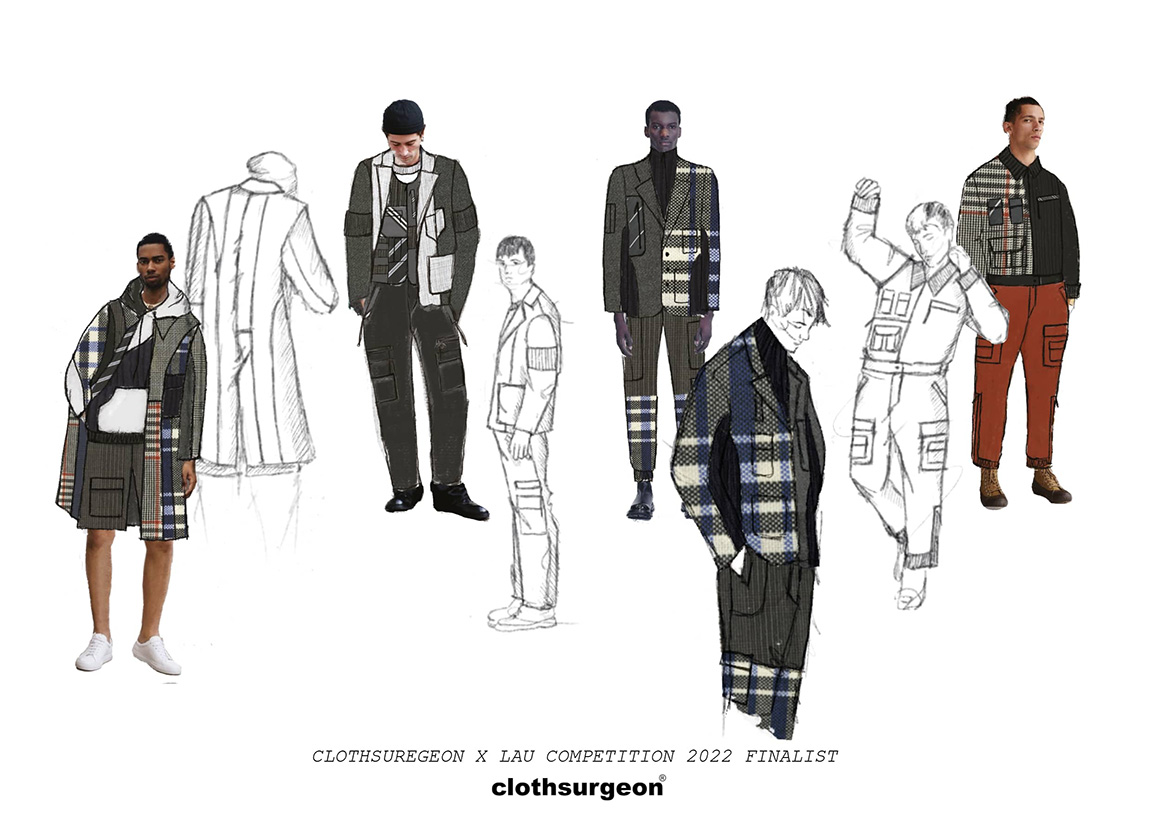 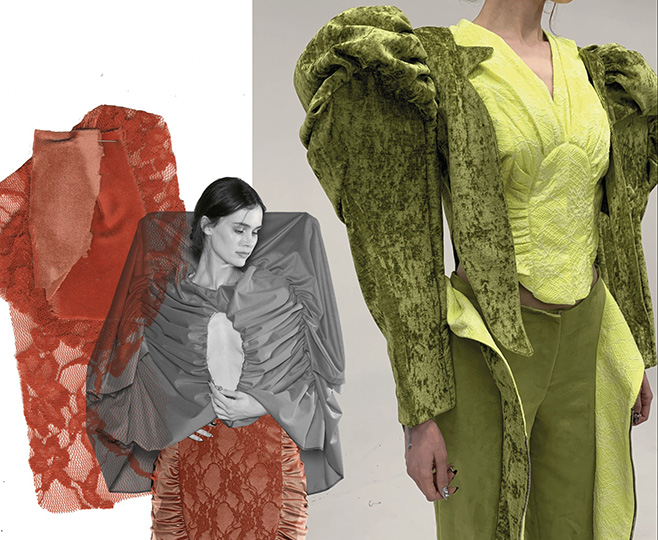 Elements of structural and texture play remain a connecting thread throughout the collection.

The mixture of heavy construction and fluid draping, aims to deliver a structural silhouette, yet, celebrating the female form, which is achieved through balancing different weight fabrics. This approach is inspired by the burdensome responsibility and abuse society places on women, while looking down on them as fragile creatures. The material used throughout the collection is made up of luxury fabrics, highly reflective of the furniture motif, including velvet and lace. The collection also encapsulates the power of the gaze upon women’s bodies, evident through the placement of oval shapes on the body’s erogenous zones. This coherent pattern forces the attention of the eyes to the models’ sensual body parts, placing the spectators behind the objectification lens.

'Opening a cage. It's time to celebrate a woman who is free to practise self-determination, without social constraints, authoritarian sanctions and suffocating stereotypes' - Alessandro Michele