Hollie Catley is a British designer due to graduate from Leeds Arts University in 2021. During her second year studies her ethos to design in an environmentally conscious way was developed and has since become a dominant feature in all her designs in the form of deadstock, off cuts and upcycled fabrics.

Hollie derives her aesthetic from elements from different eras that have inspired her and played an important part of her life, which give her designs a nostalgic and timeless feel. Using bright colours, over the top embellishment and tactile fabrics Hollie’s focus is that the wearer always feels empowered and celebrated.

'Prior to 1970, there was very little remembered about women in music history' - McClary 1993

Hollie credits the female artists she listened to growing up for her views and fashion inspiration. Taking a focus on Debbie Harry, Grace Jones and Dolly Parton, Hollie researched into how these female icons broke the male dominated music industry of the 1970’s and how these can be compared to modern day artists such as, Billie Eilish and Megan Thee Stallion. The collection became a satirical take on the idea that no matter how a female dresses, they will receive criticism.

By utilising bright prints featuring these female icons as embellishment, the collection aims for the wearer to feel celebrated to juxtapose how little recognition women get in the music industry and mirror the ways in which female artists used fashion to demand attention. As time has progressed the notions associated with empowerment have too, ‘Rip Her To Shreds’ ensures that every that wearer has the ability to create their own empowerment with a collection that alters and aligns with their own views. 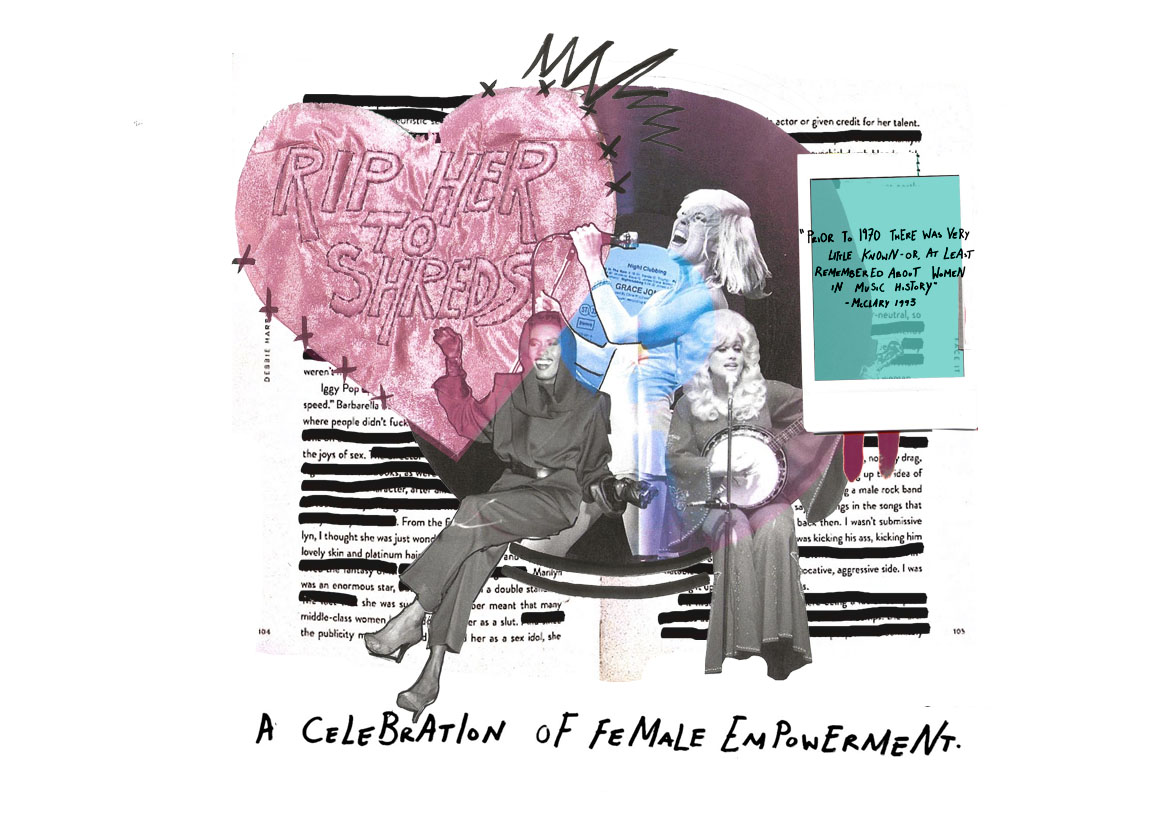 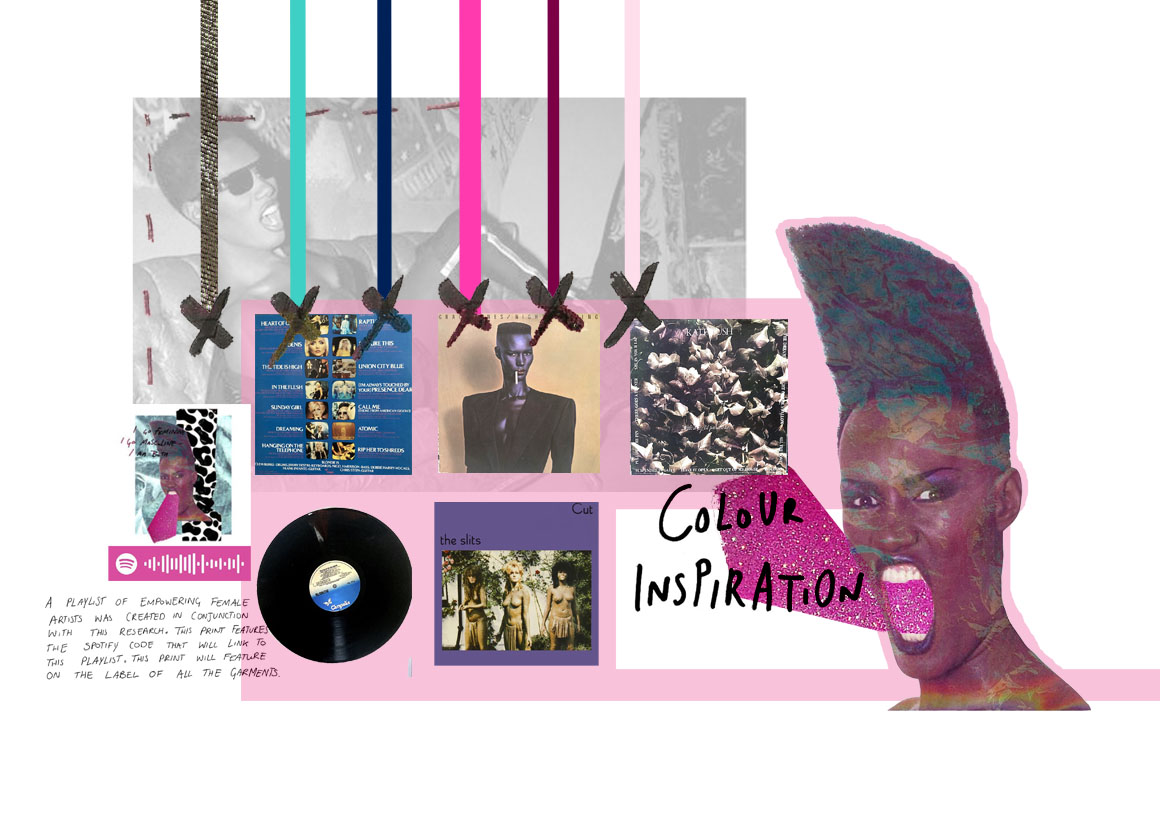 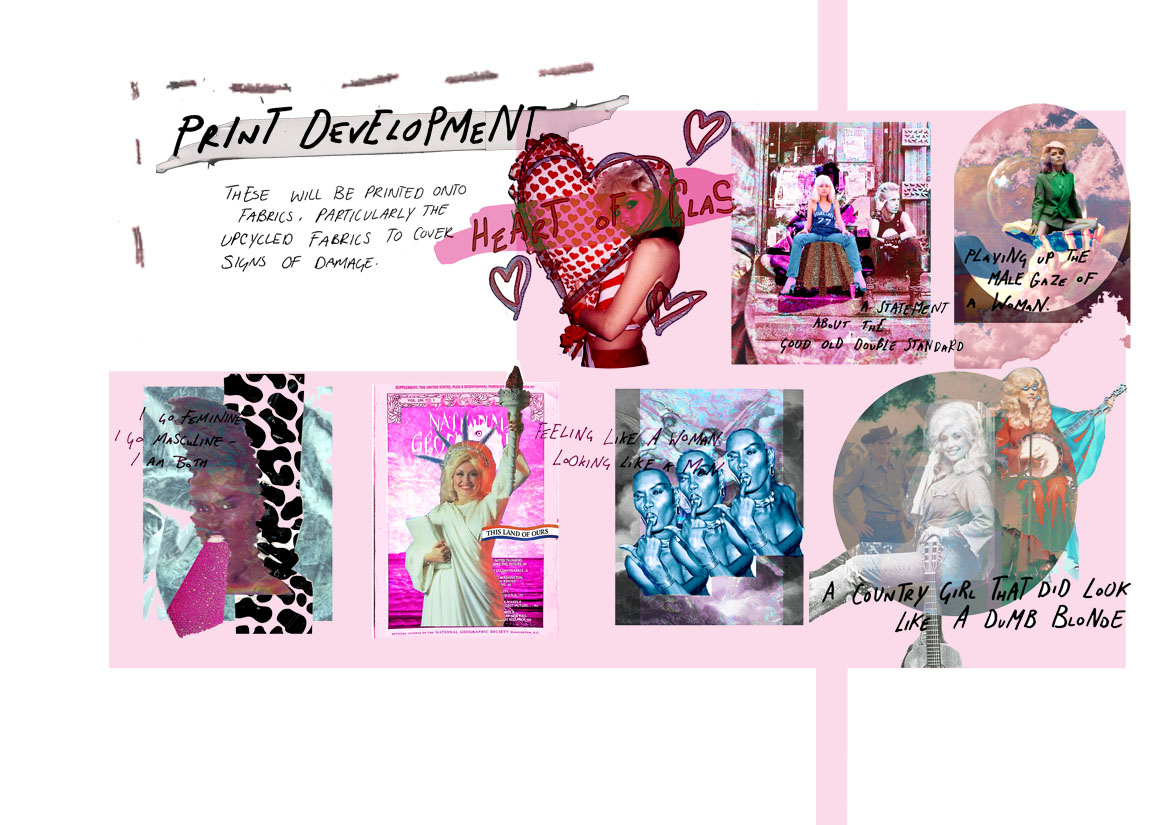 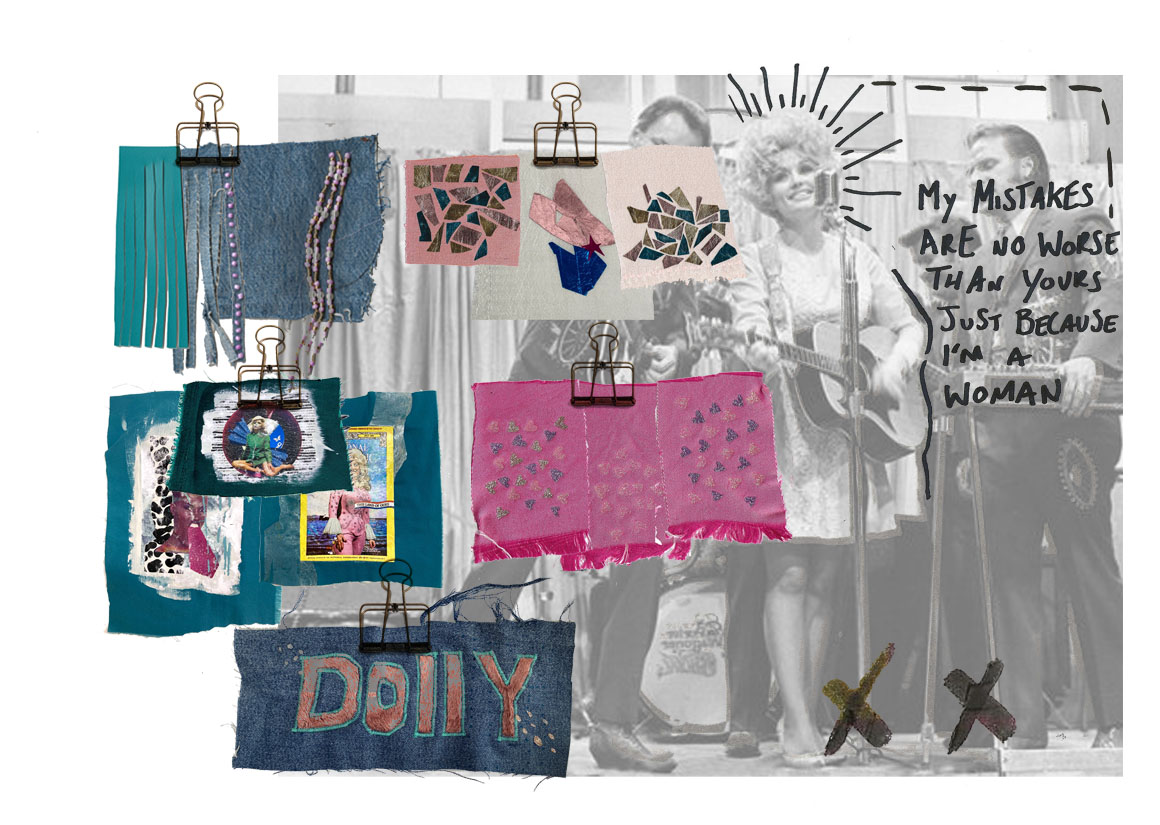 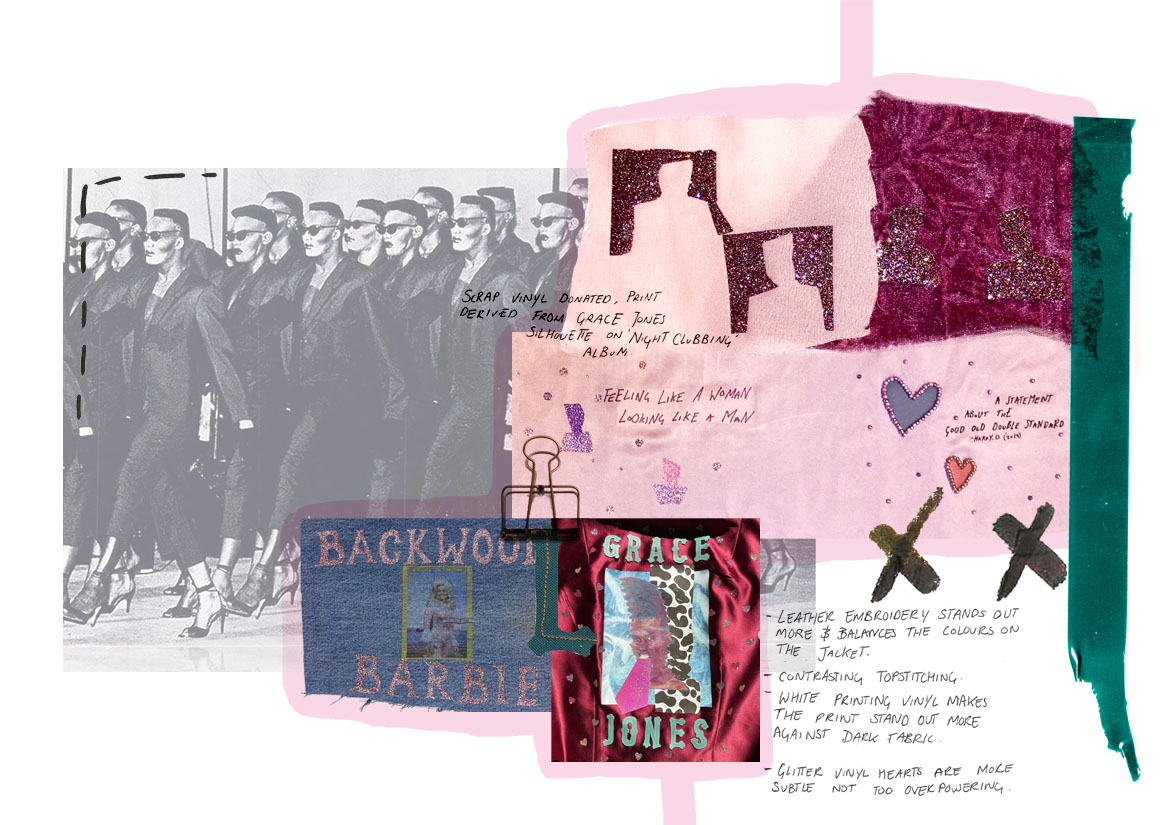 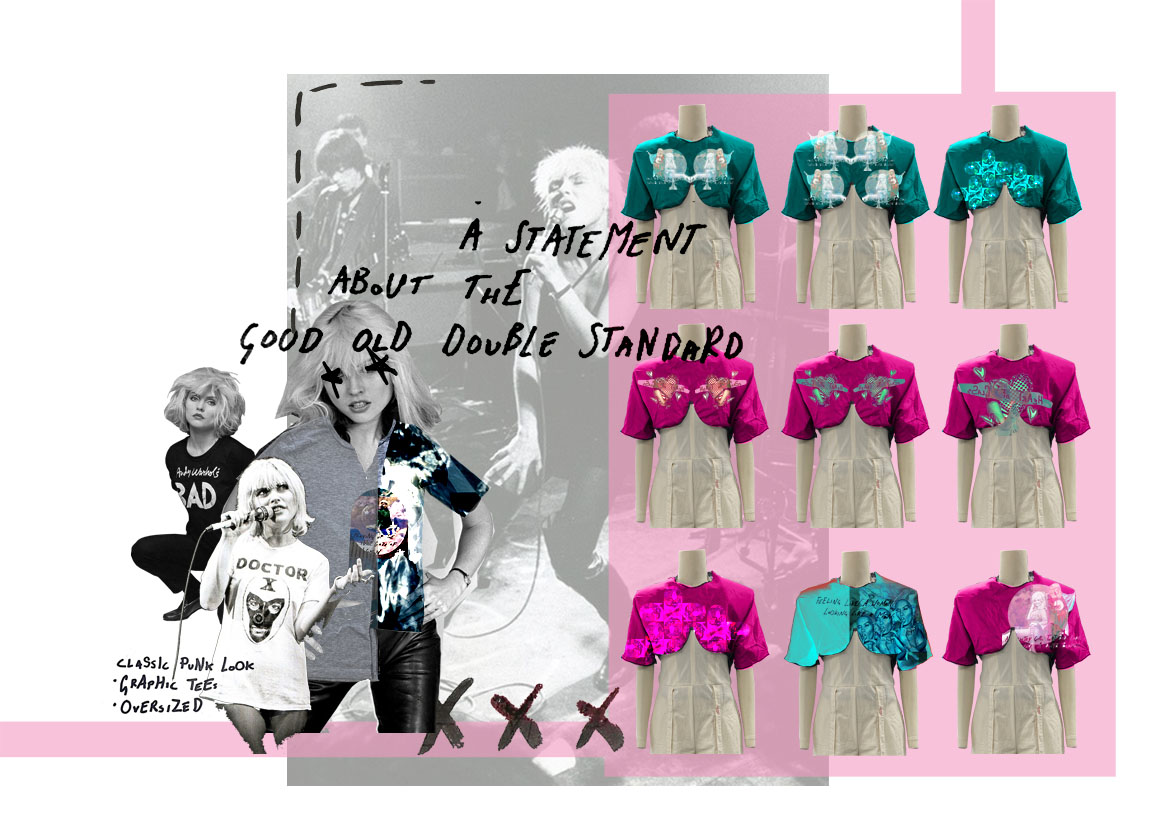 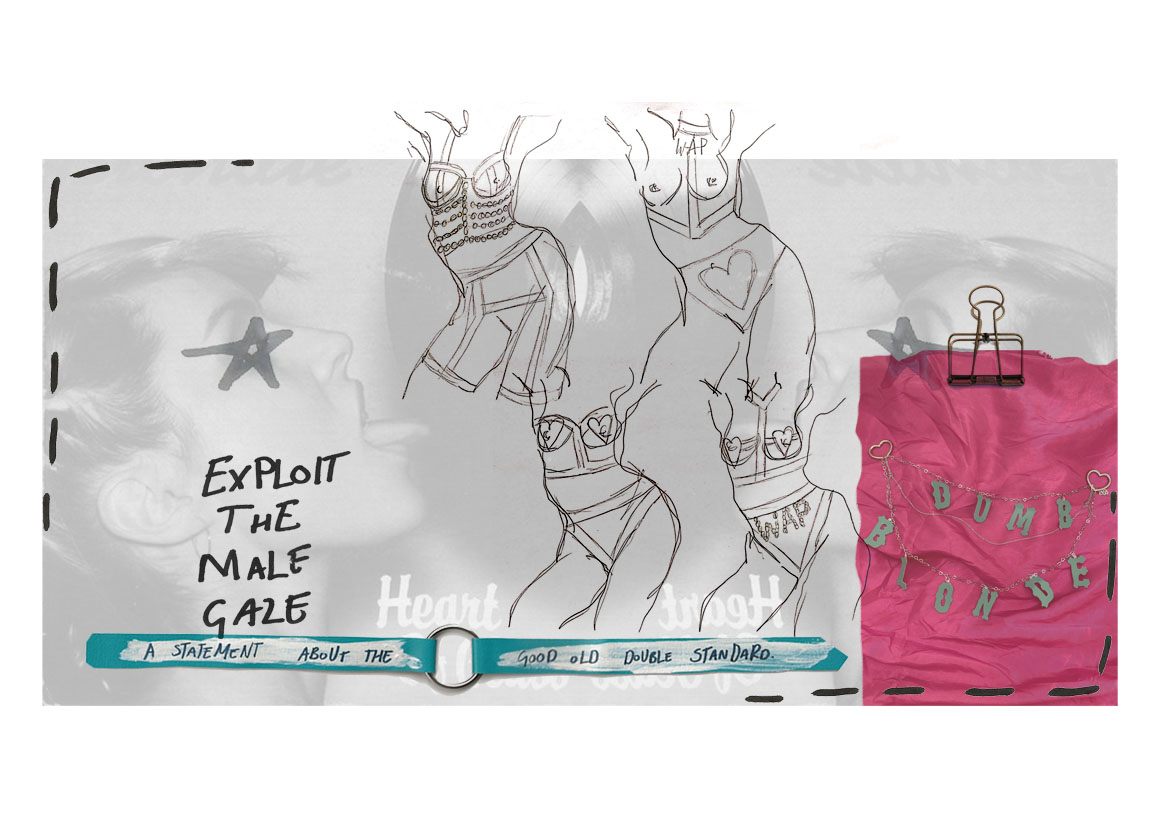 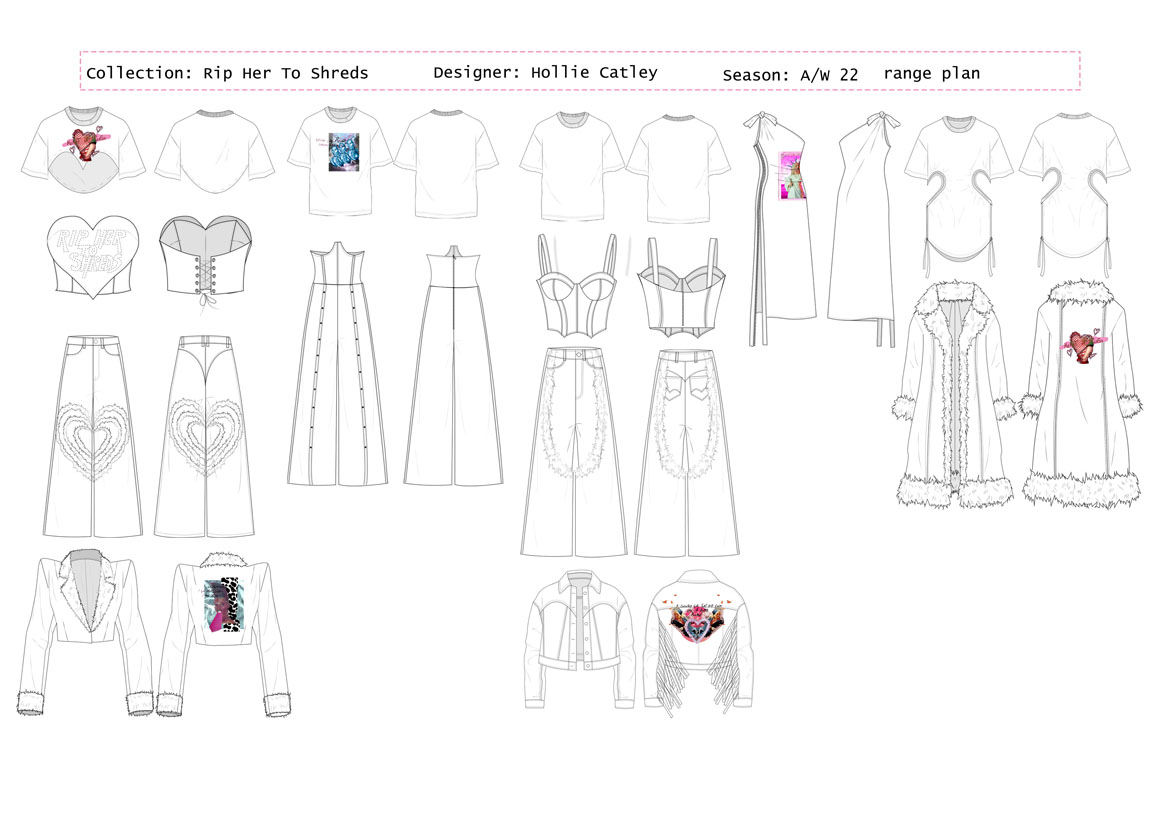 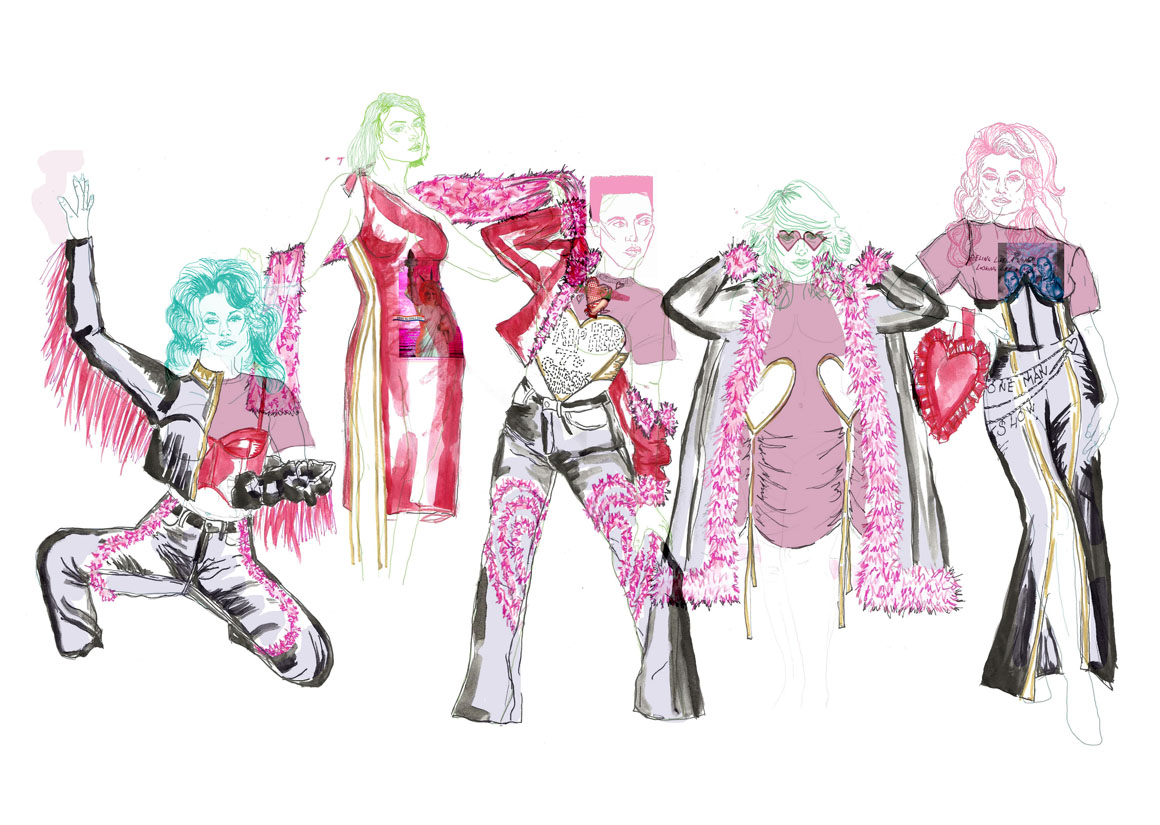 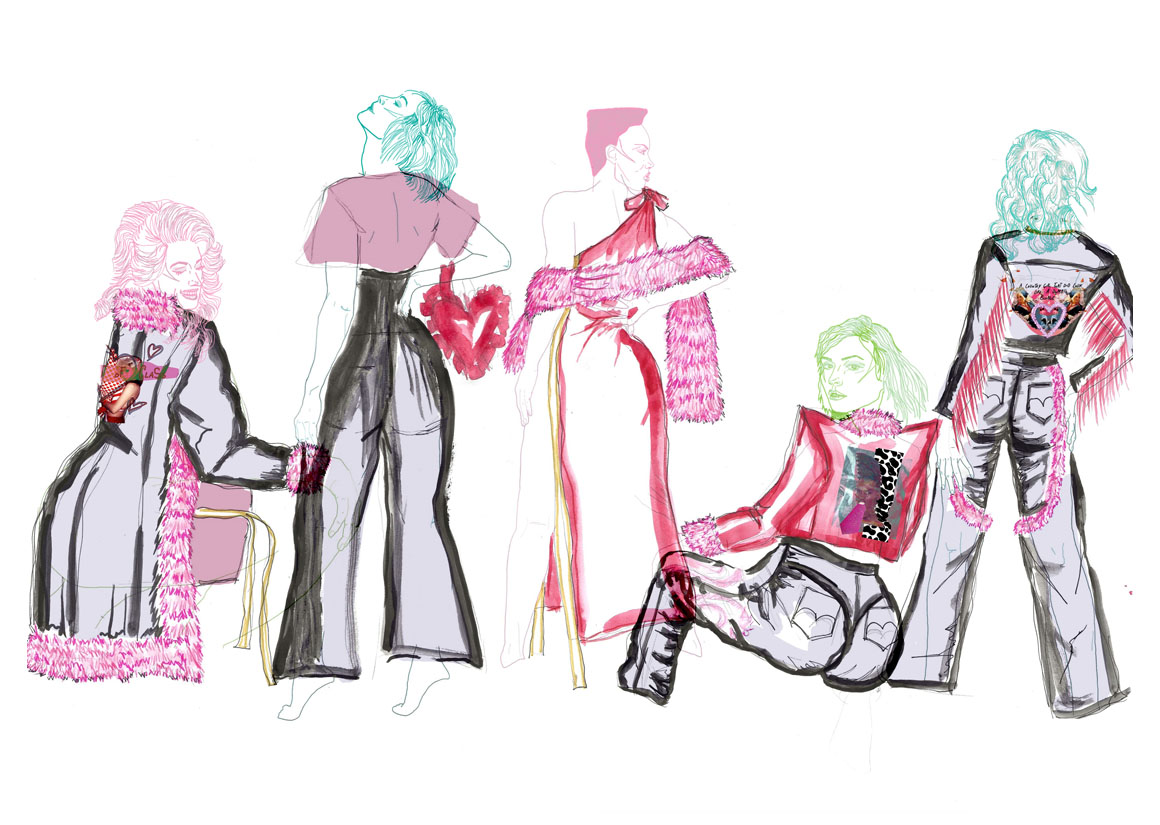 Final line up back 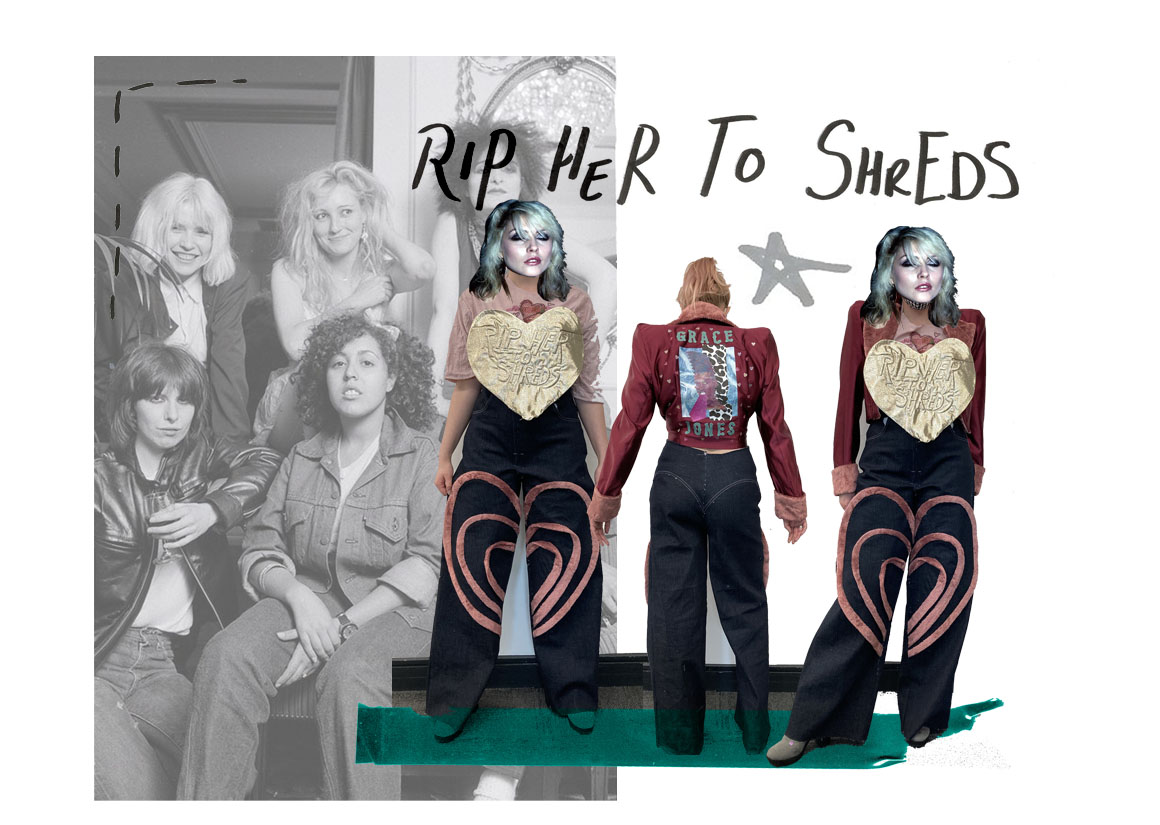 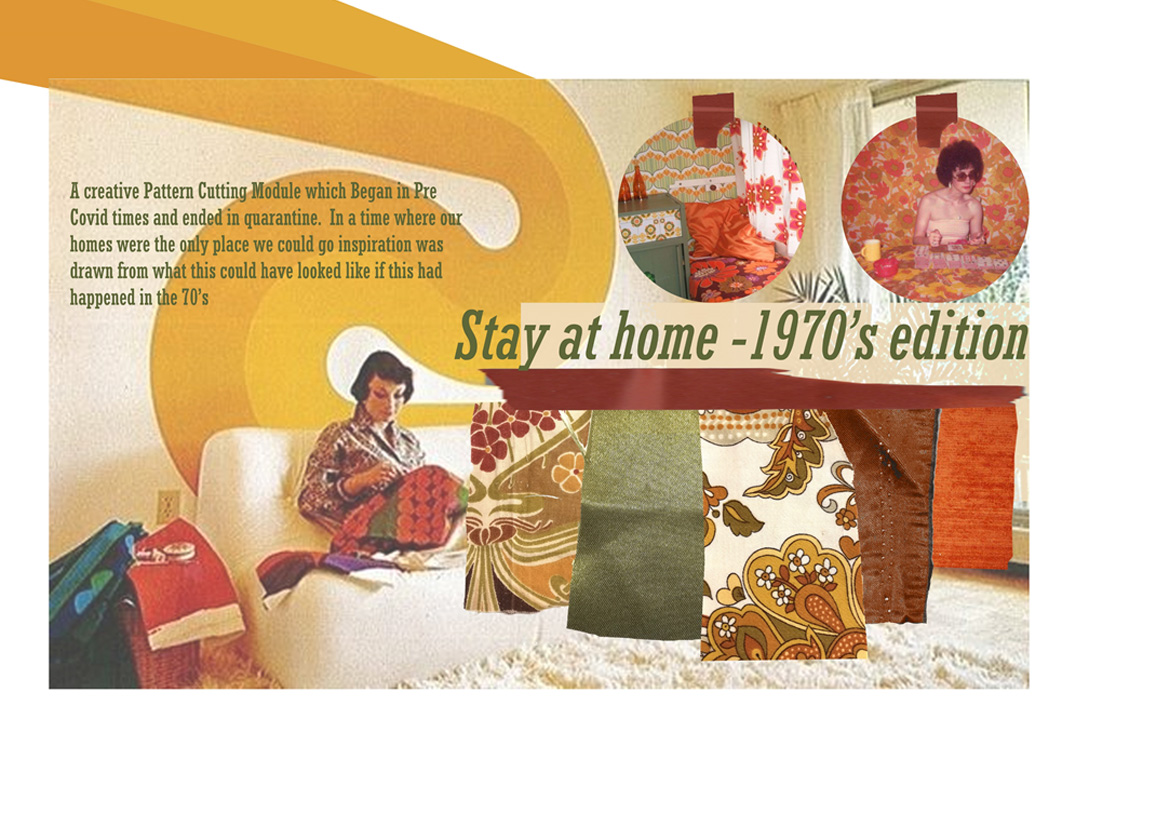 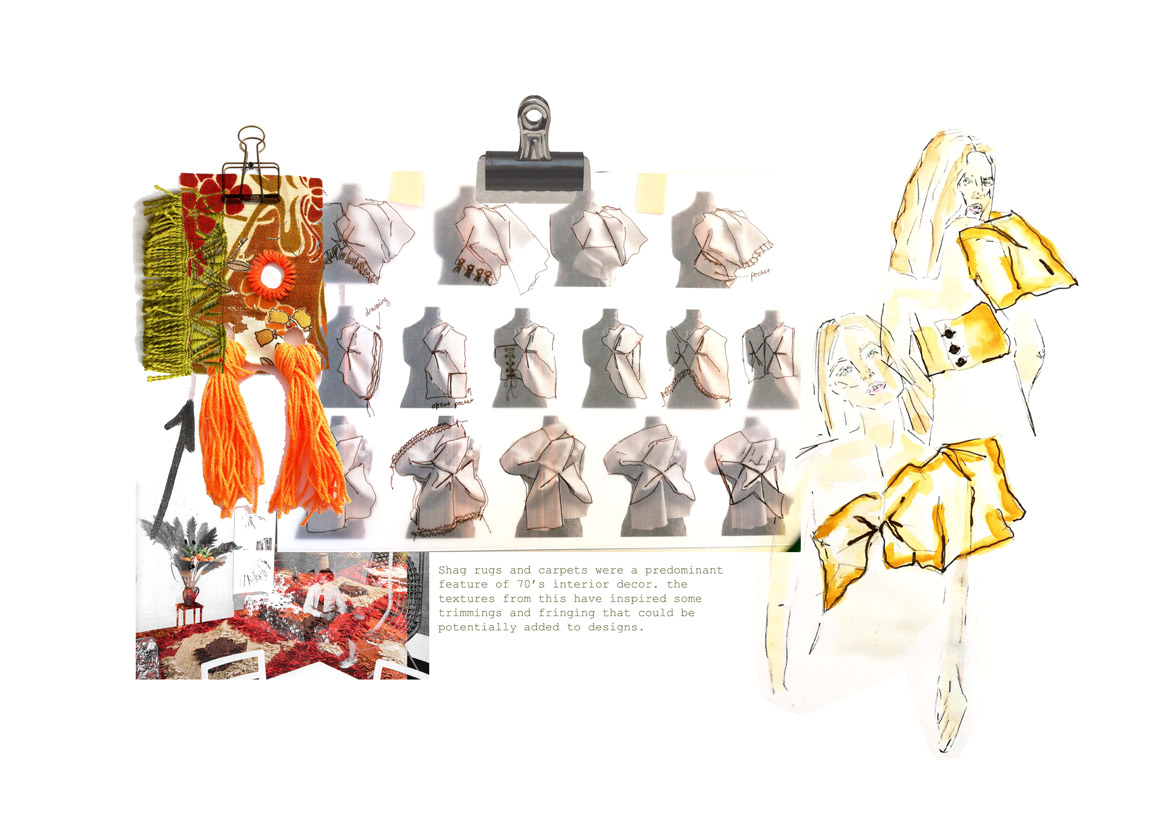 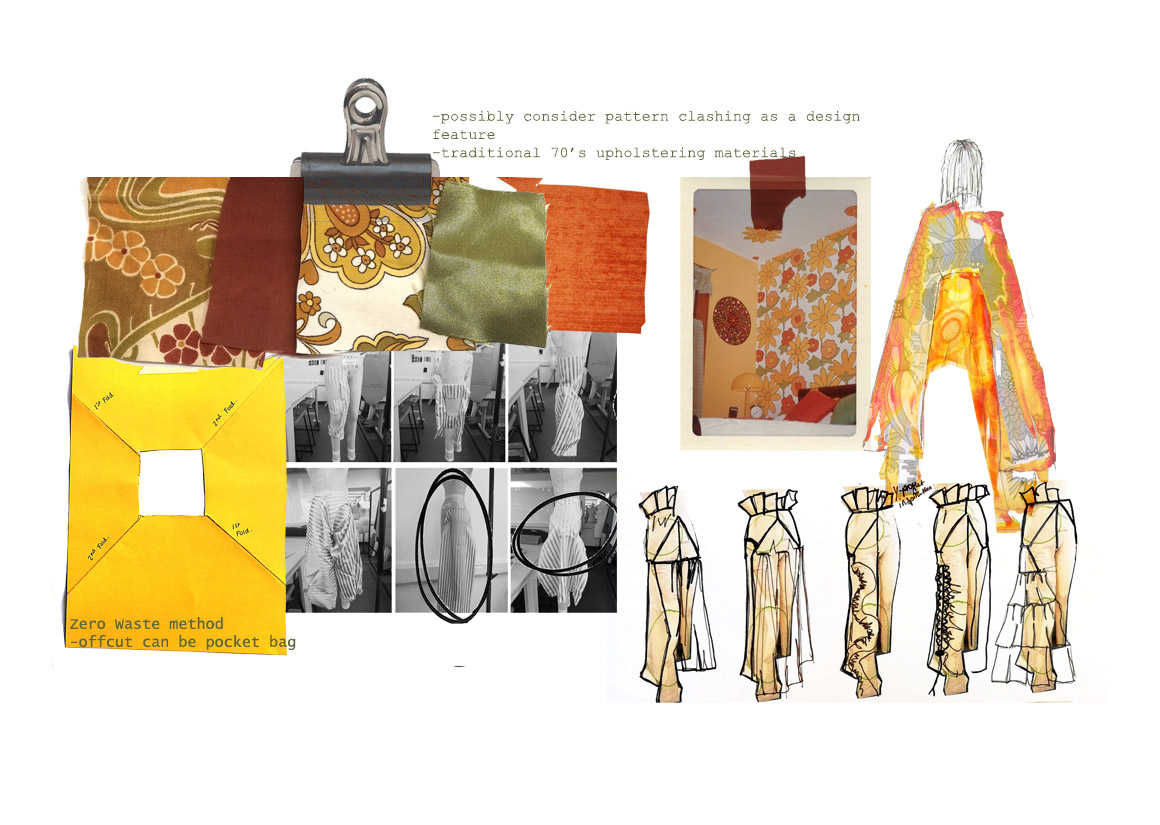 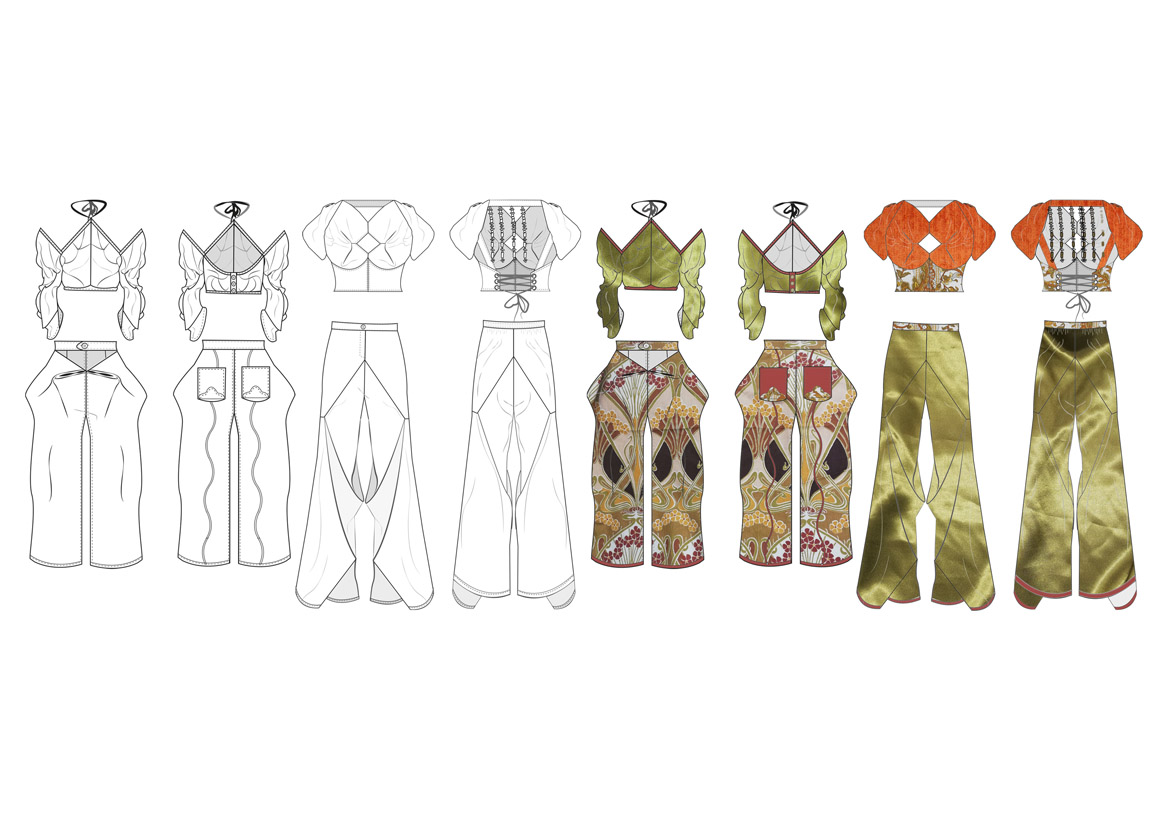 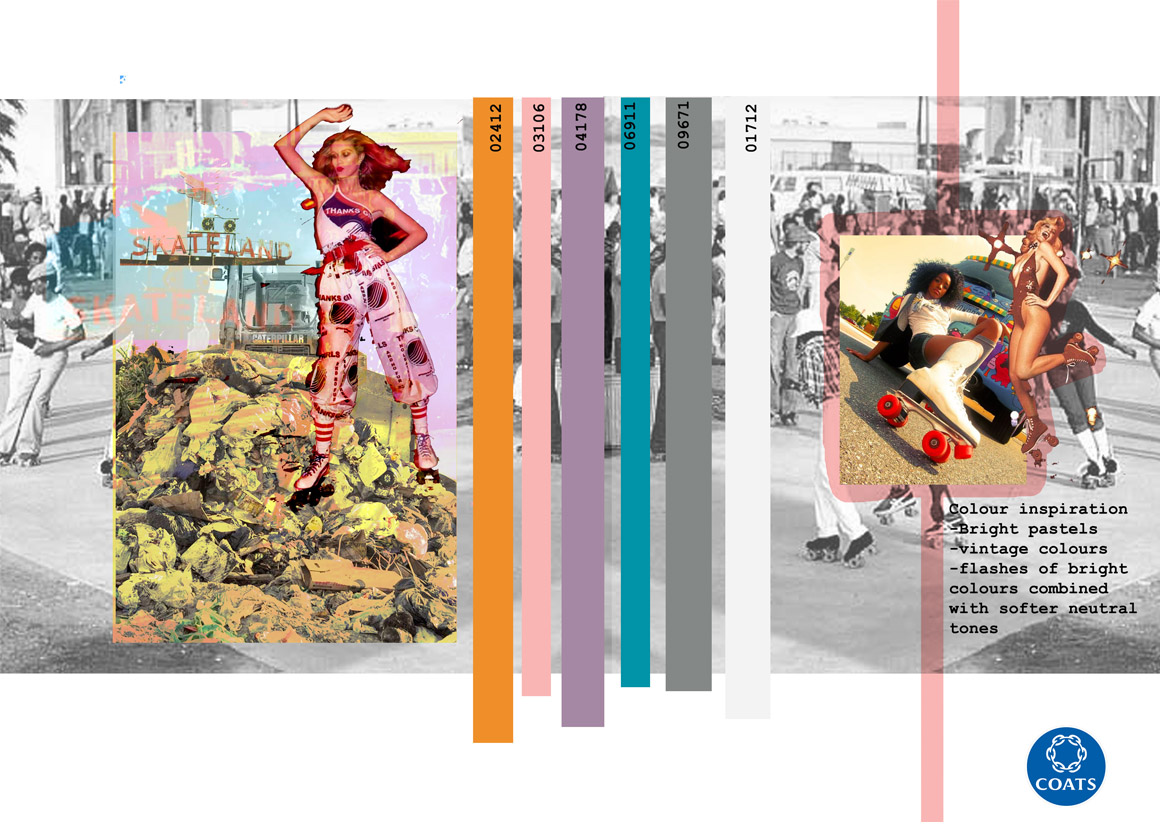 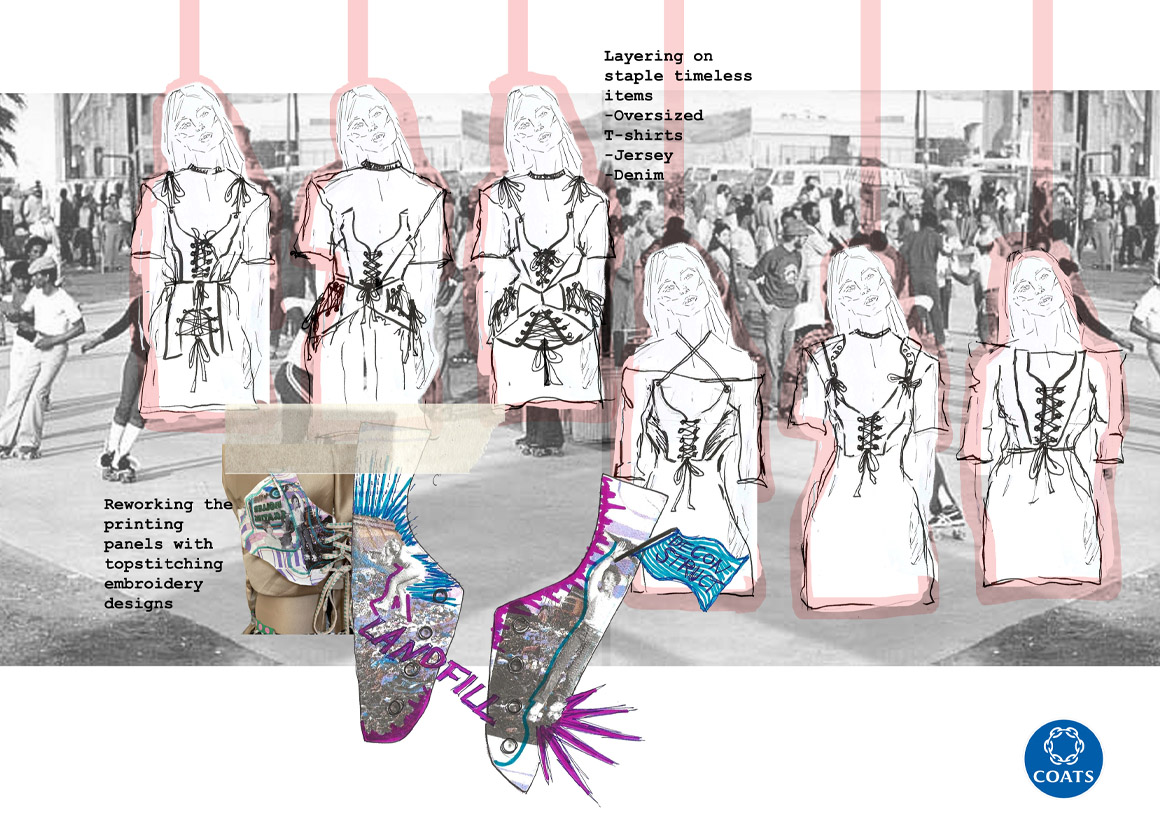 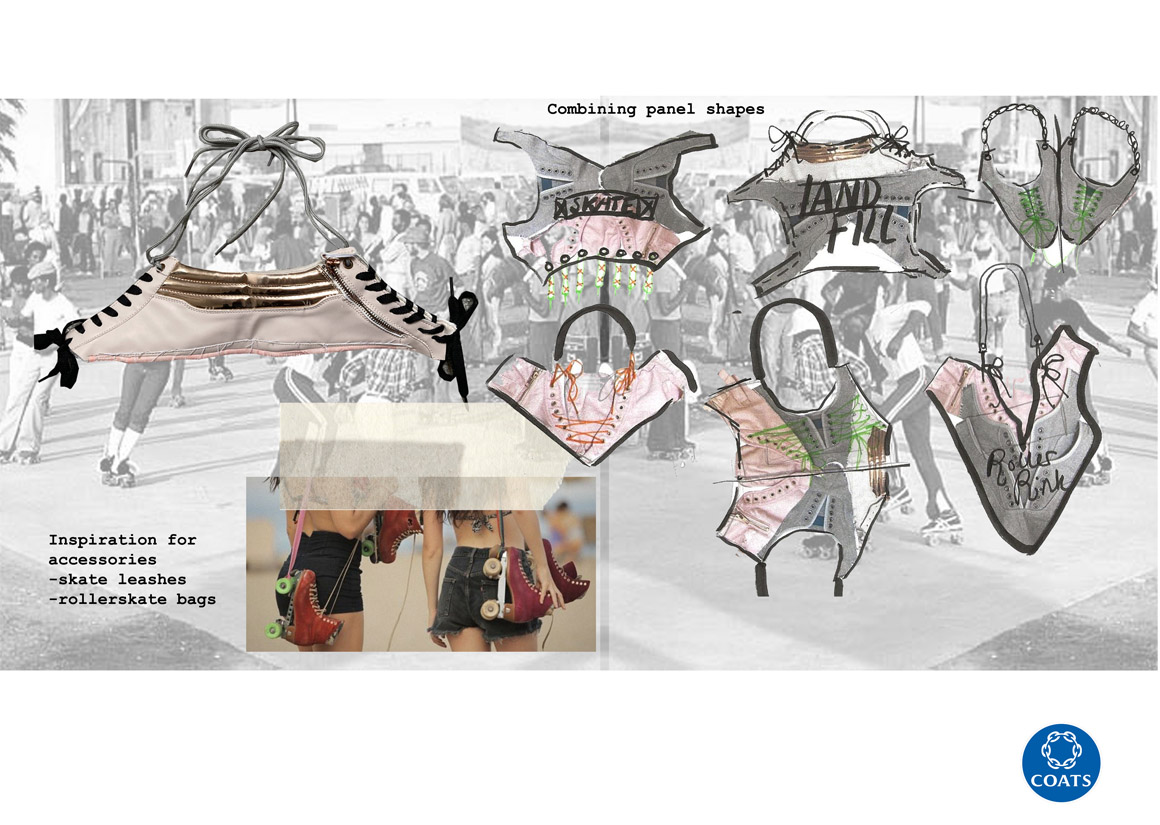 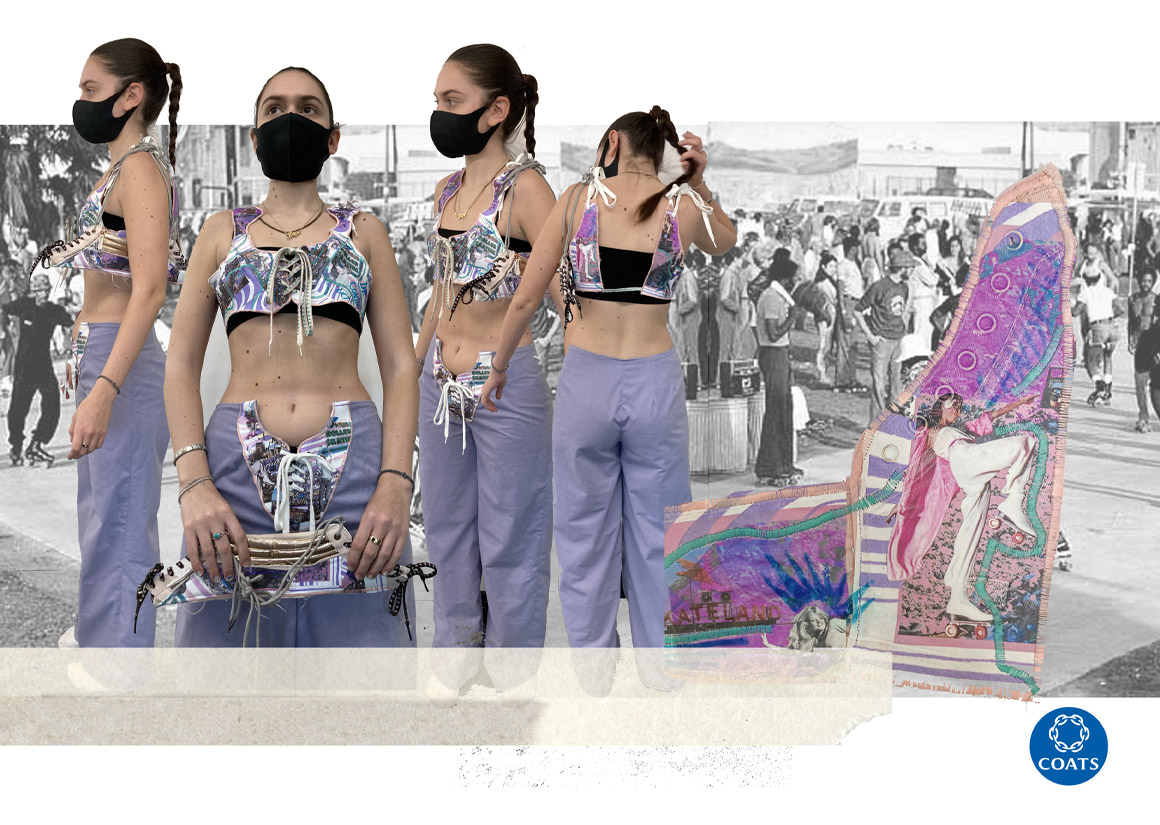 I chose to include my bold prints which I developed originally for inspiration as a statement design feature. This was included with heavy embellishment with leather lettering and vinyl prints to push how bold and fun the design could be to the limit. The idea behind this is for the wearer to feel in the spotlight and celebrated to juxtapose how little recognition women get in the music industry and mirror the ways in which Debbie Harry, Grace Jones and Dolly Parton used fashion to demand attention.

Aims for the wearer to feel celebrated and create their own empowerment with a collection that alters and aligns with their own views.