As a black woman, Hemercia Quintas has a goal to introduce menswear to the world with her innovative explorations. Seeking black and queer representation, her creations aim to break the endless institutional, systemic, cultural, and social boundaries.

My design philosophy is a complex combination of thoughts during the design process and the fabrics explore the western culture in the contemporary eastern world. I aim to tell a story of Black, Asian, or minority ethnicity including people with disabilities. I believe that communication is the strongest form of expression to uplift people, especially when feeling inferior to others.

It all began to make sense when I laid my eyes on Peter Burke’s sculptures made of iron, rusted brown with eight millimetres screws emerging a man with three-segment parts. I instantly felt just as equal, an individual of colour amongst sixteen iron figures with a missing piece. I equally felt the same, yet the difference was only my ability to walk which eventually pushed me to recognise privilege. Individuals of colour who survived their own injuries, challenges, and many more sociological hindrances.

This project is called THE ANONYMOUS BLACK MAN POLITICALLY MASCULINE because of the toxic power within the political system. When I started studying intersectionality, I discovered a lot more about us, BAME, and the factors on why we are socially, racially discriminated, and much more, but all of this exists due to the system and infrastructures alongside privilege given to some not others. 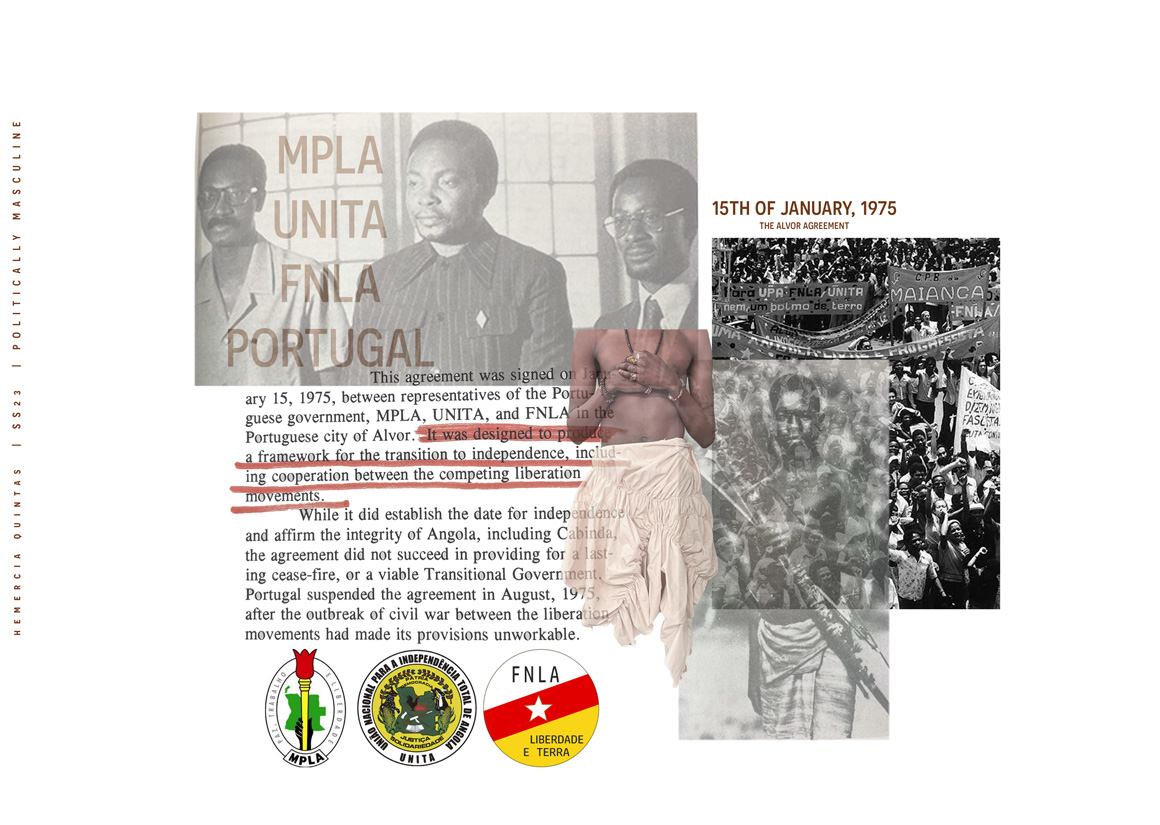 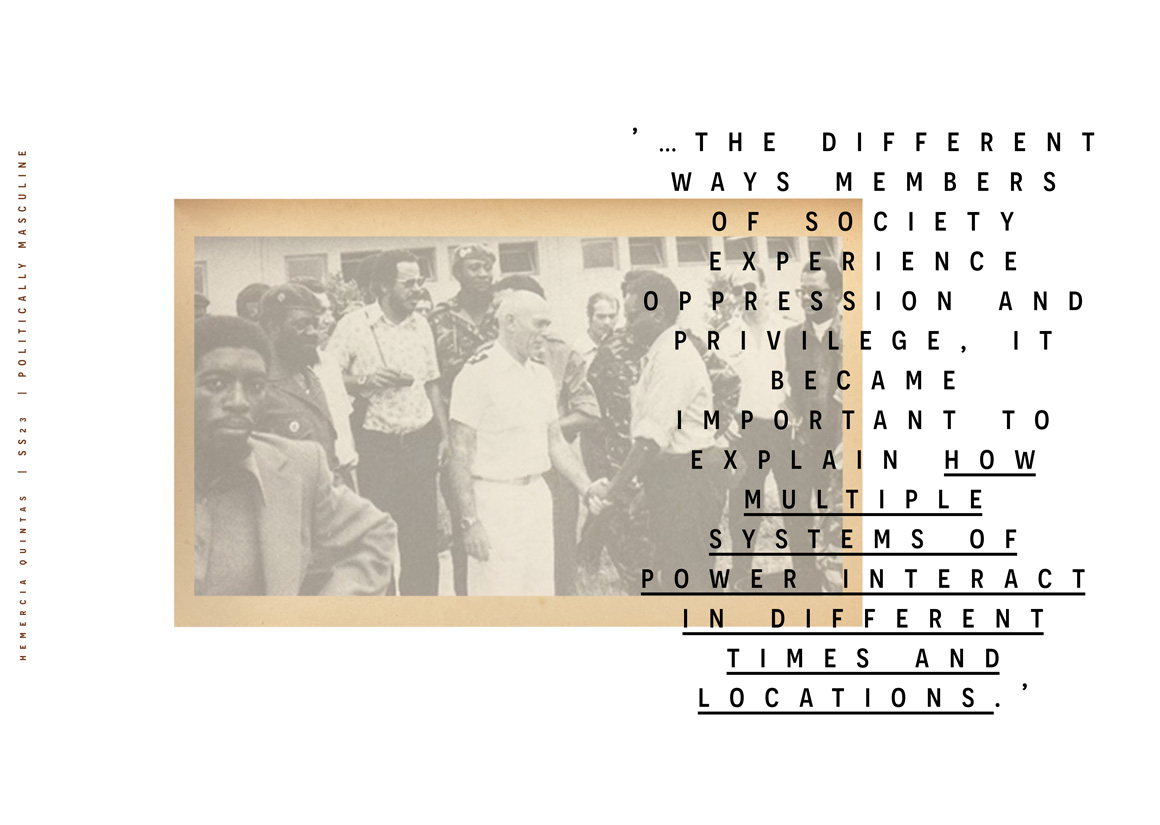 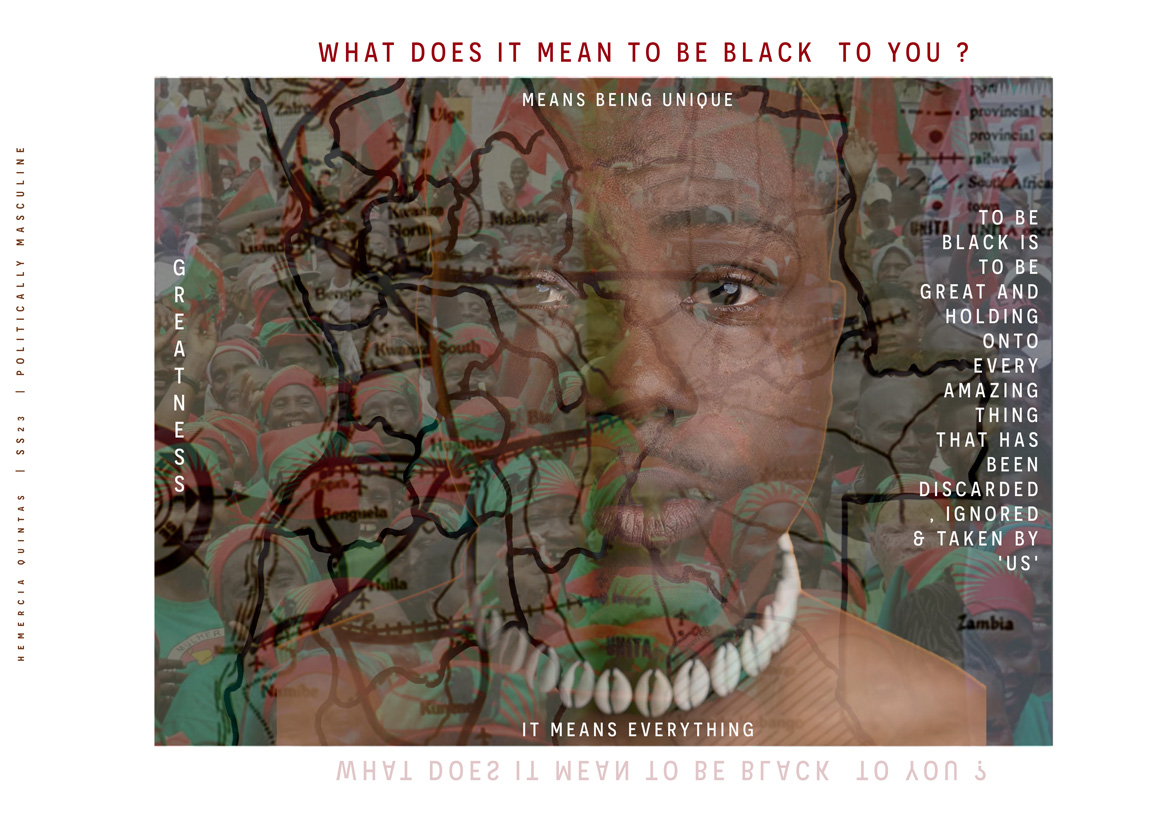 What does it mean to be black to you? 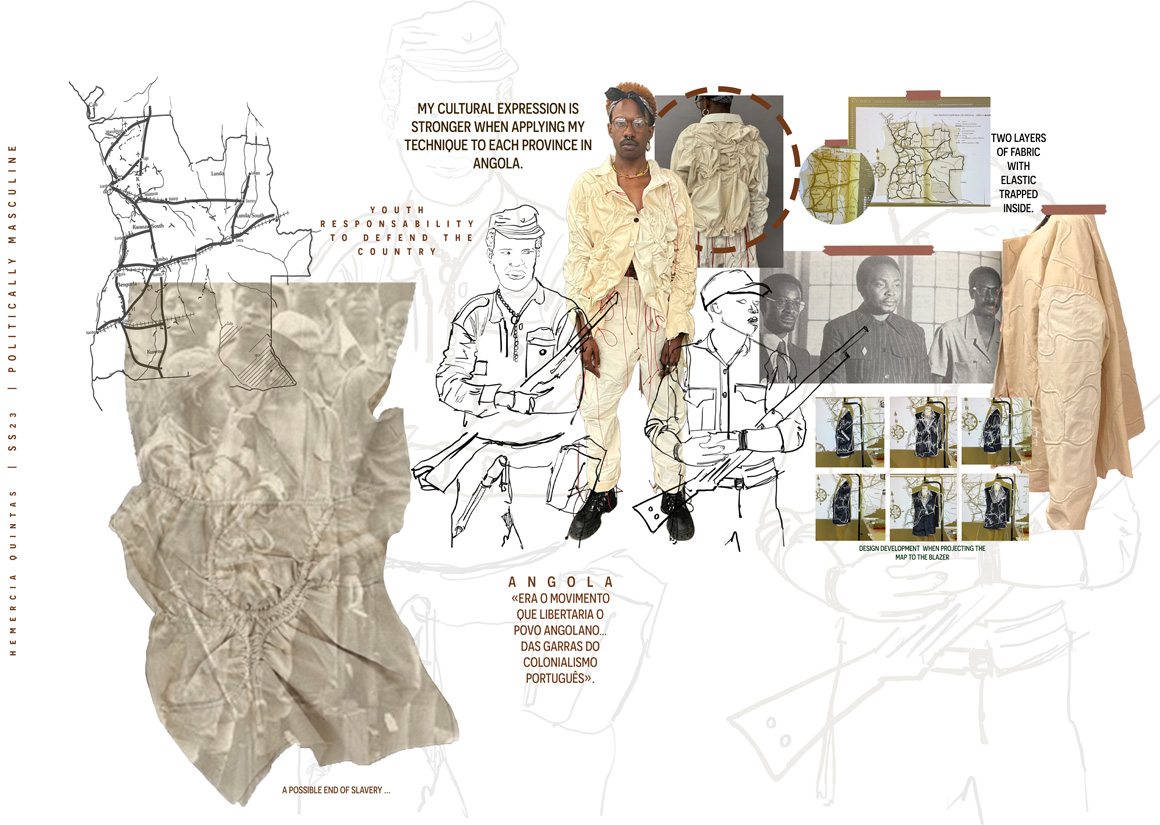 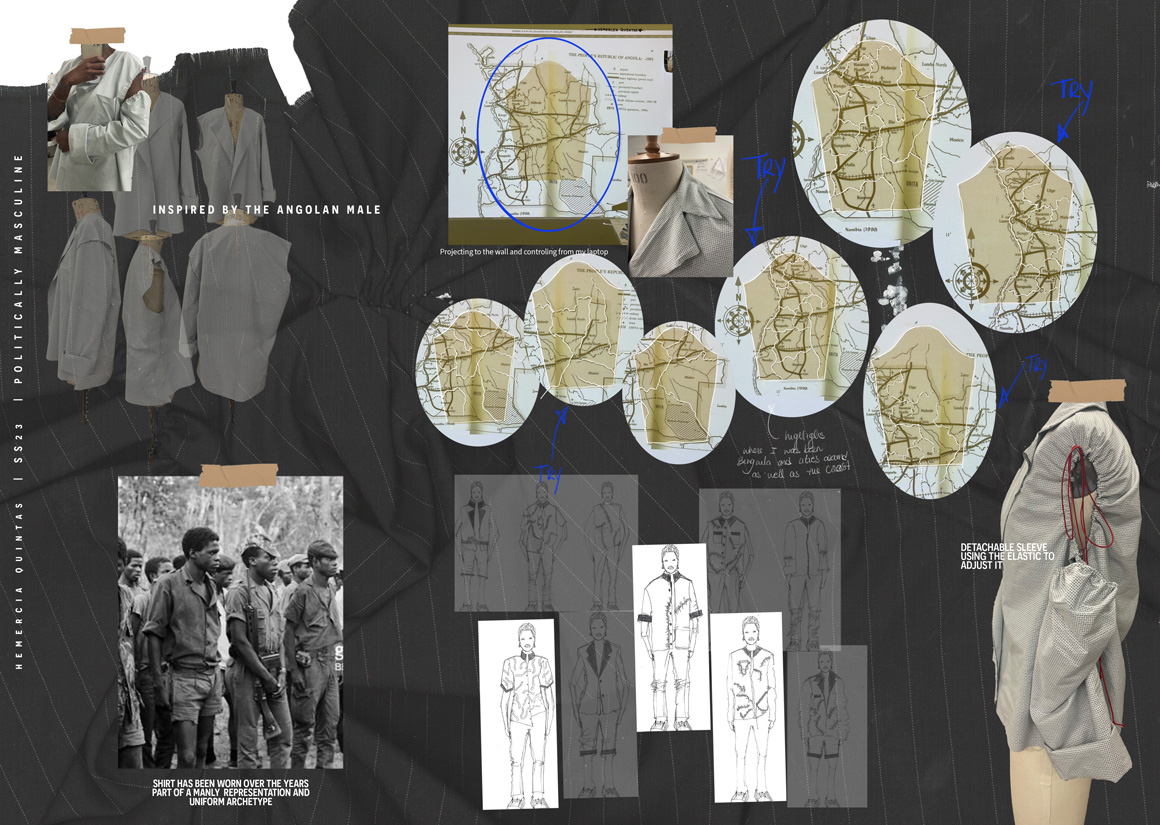 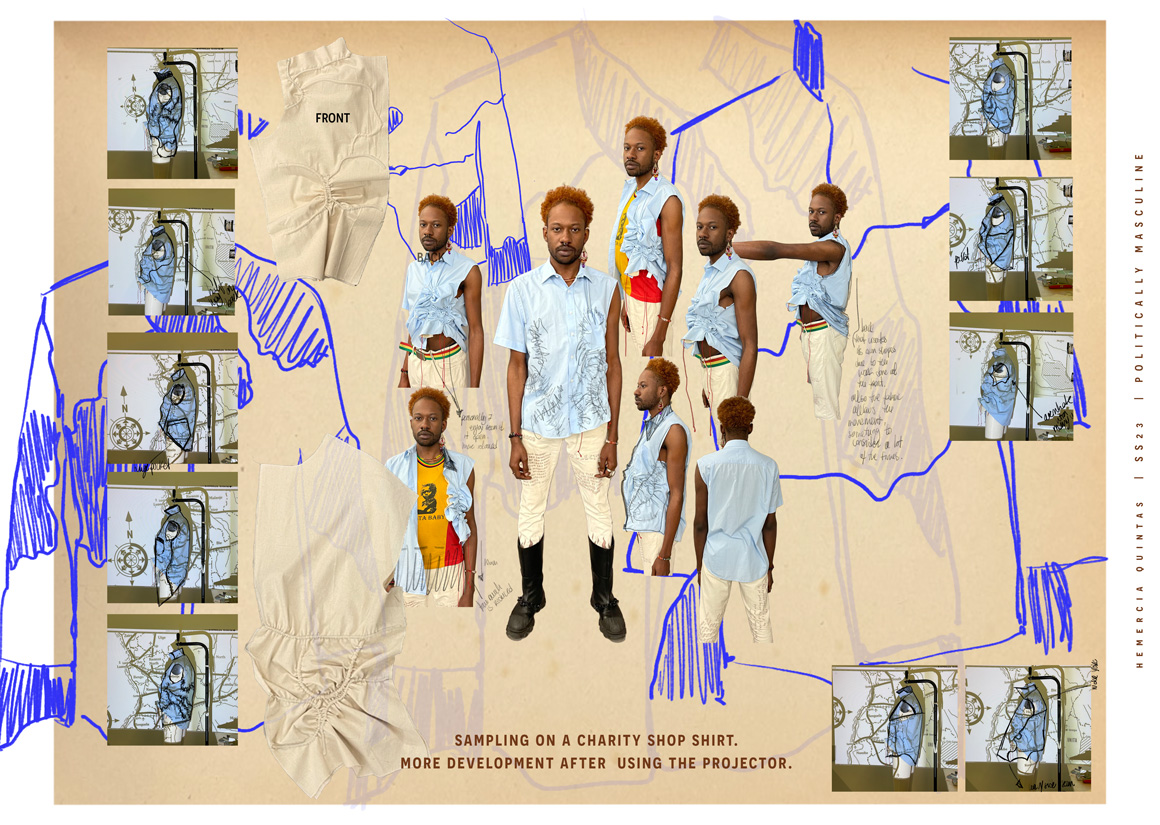 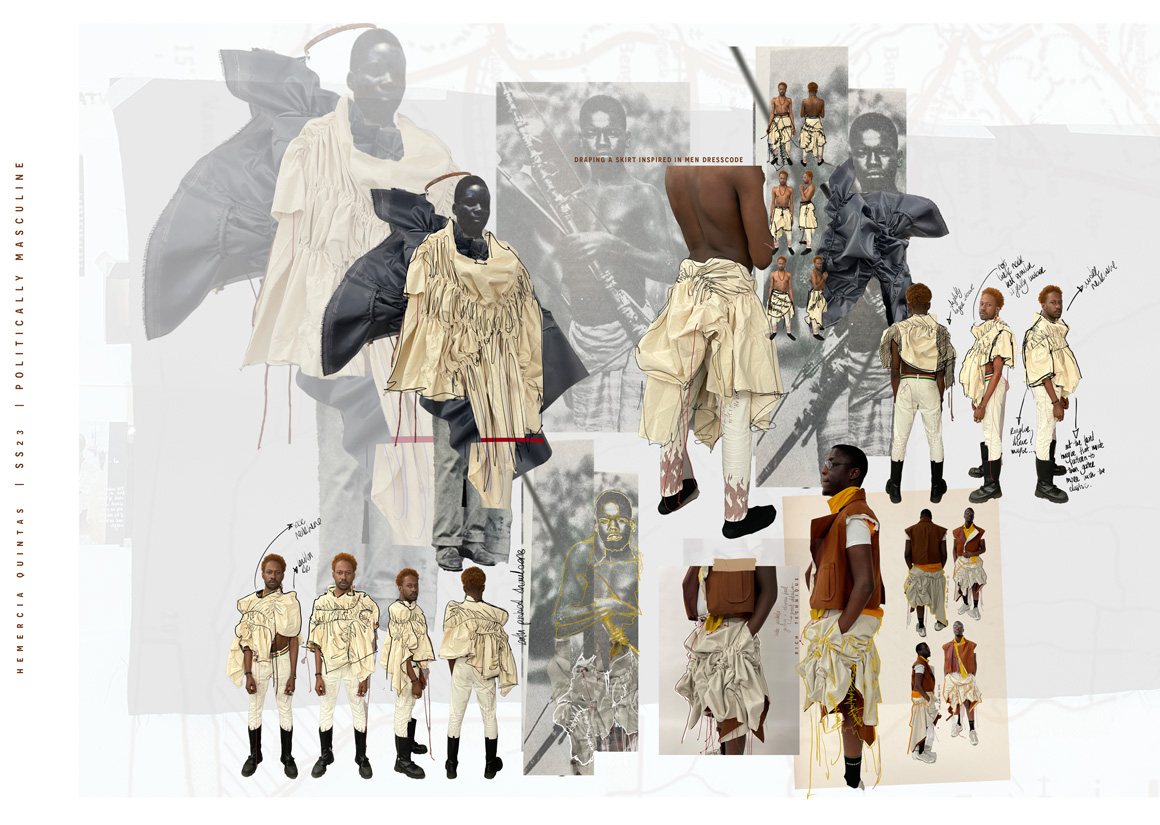 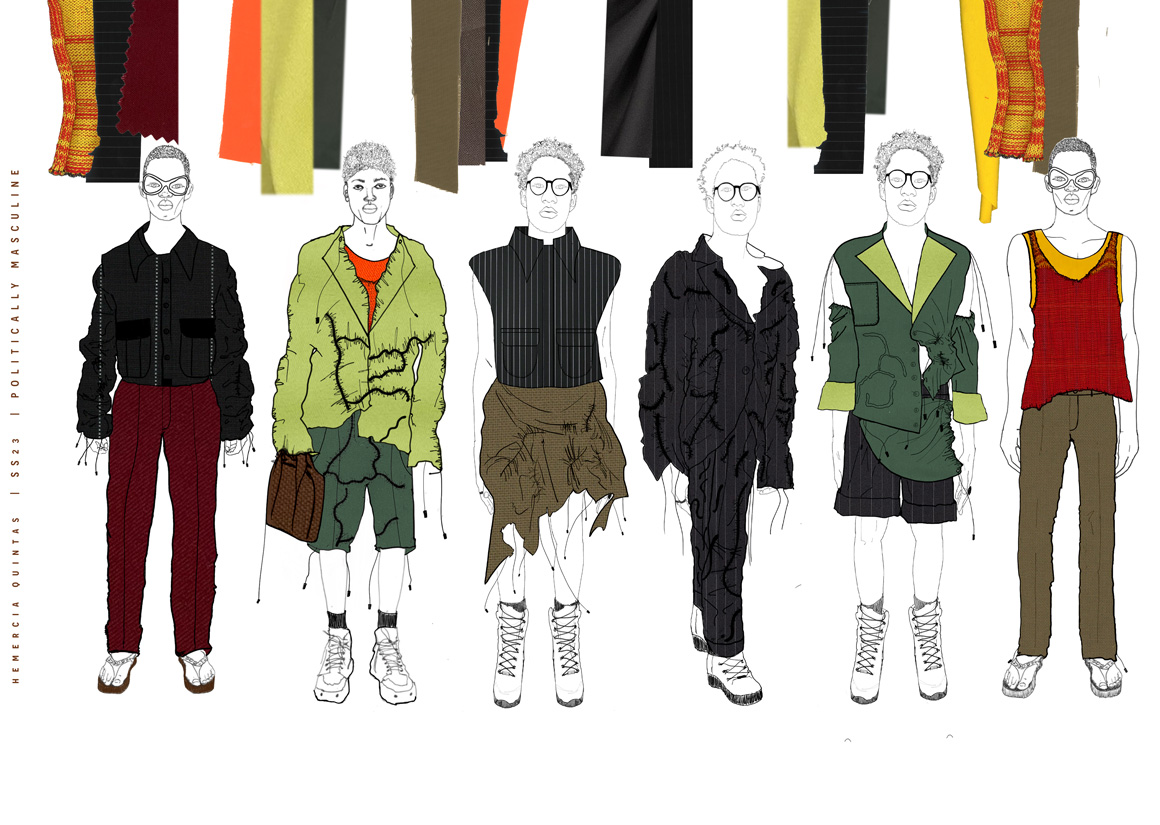 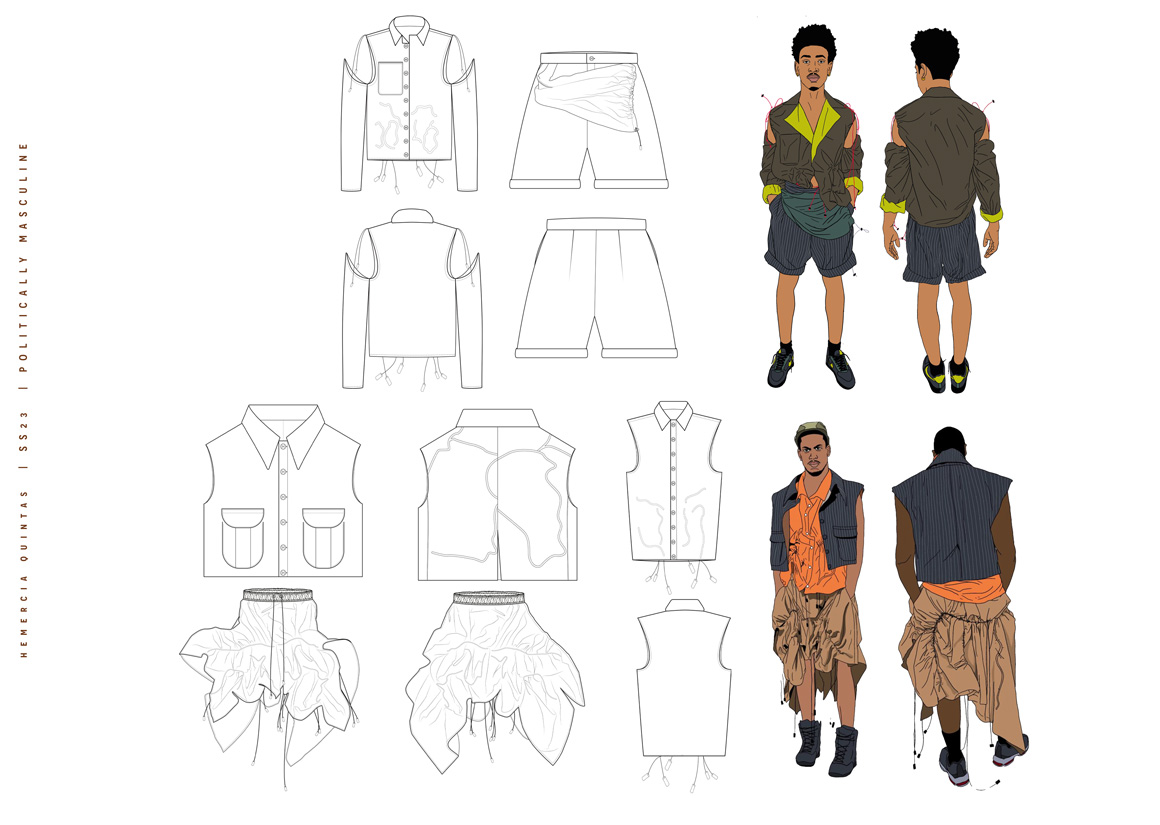 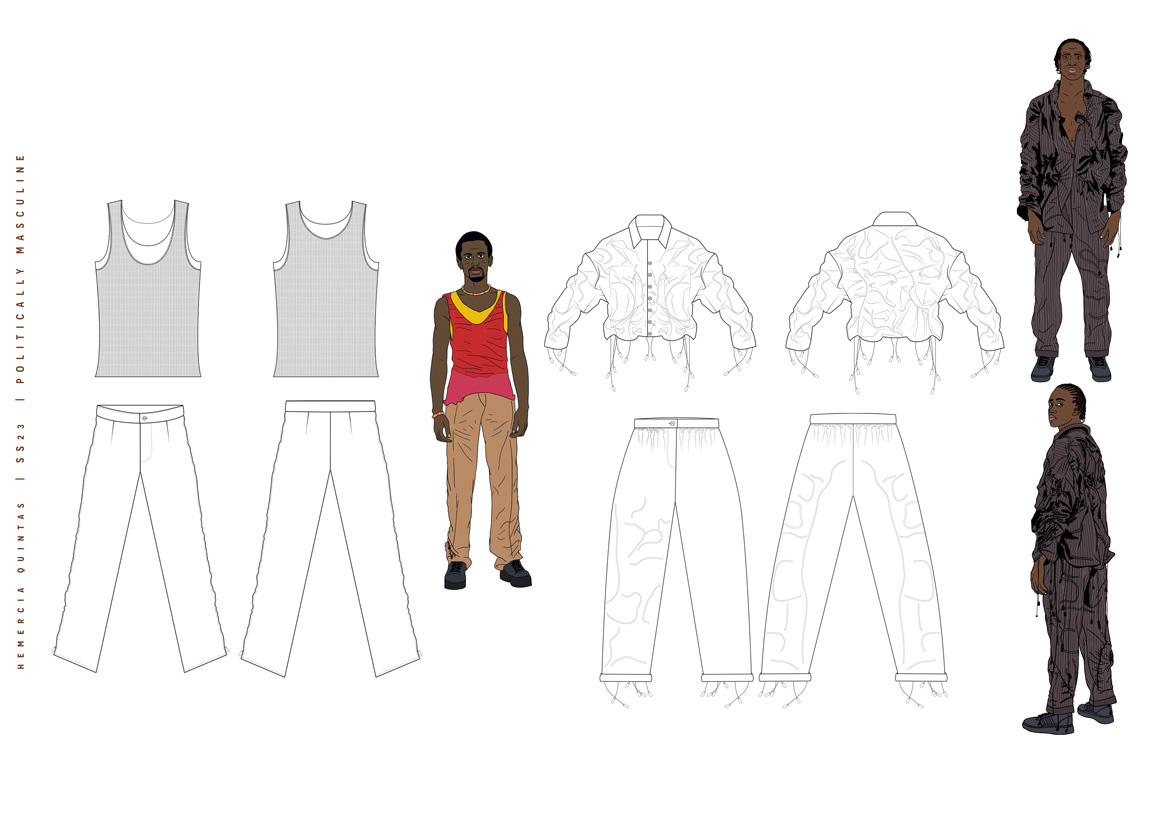 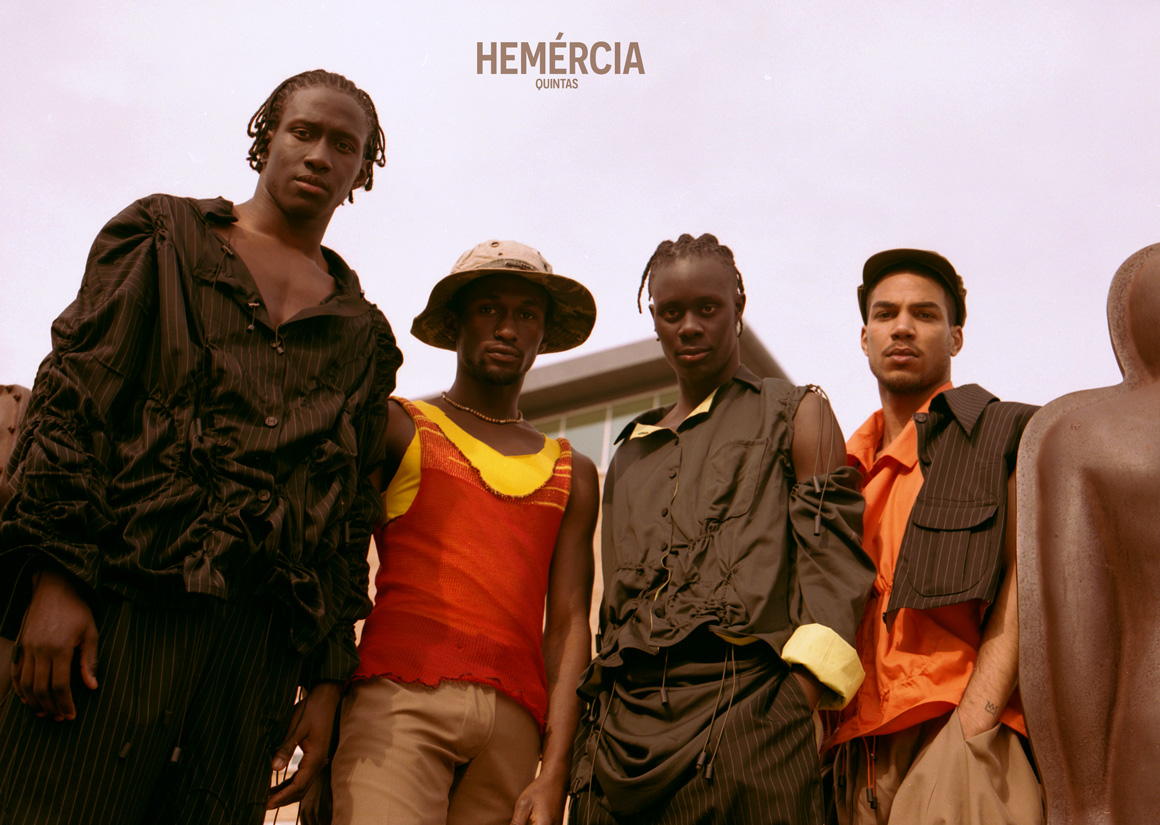 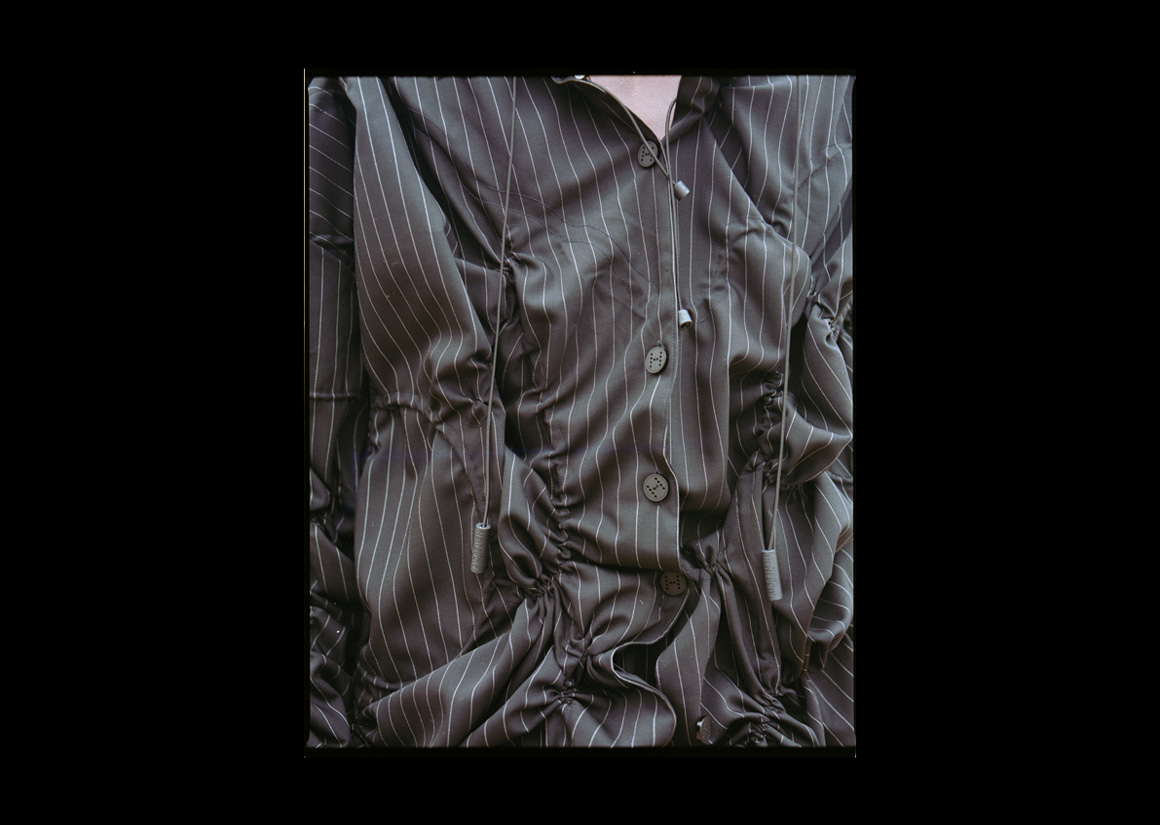 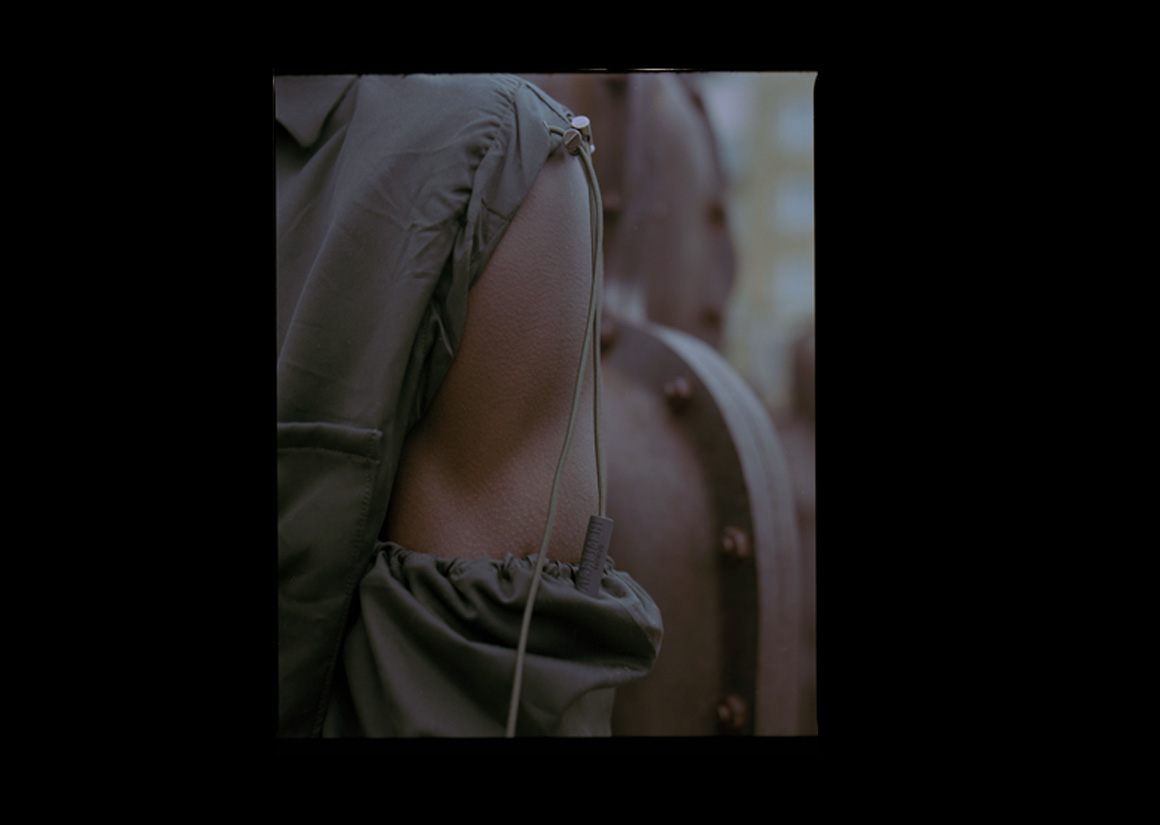 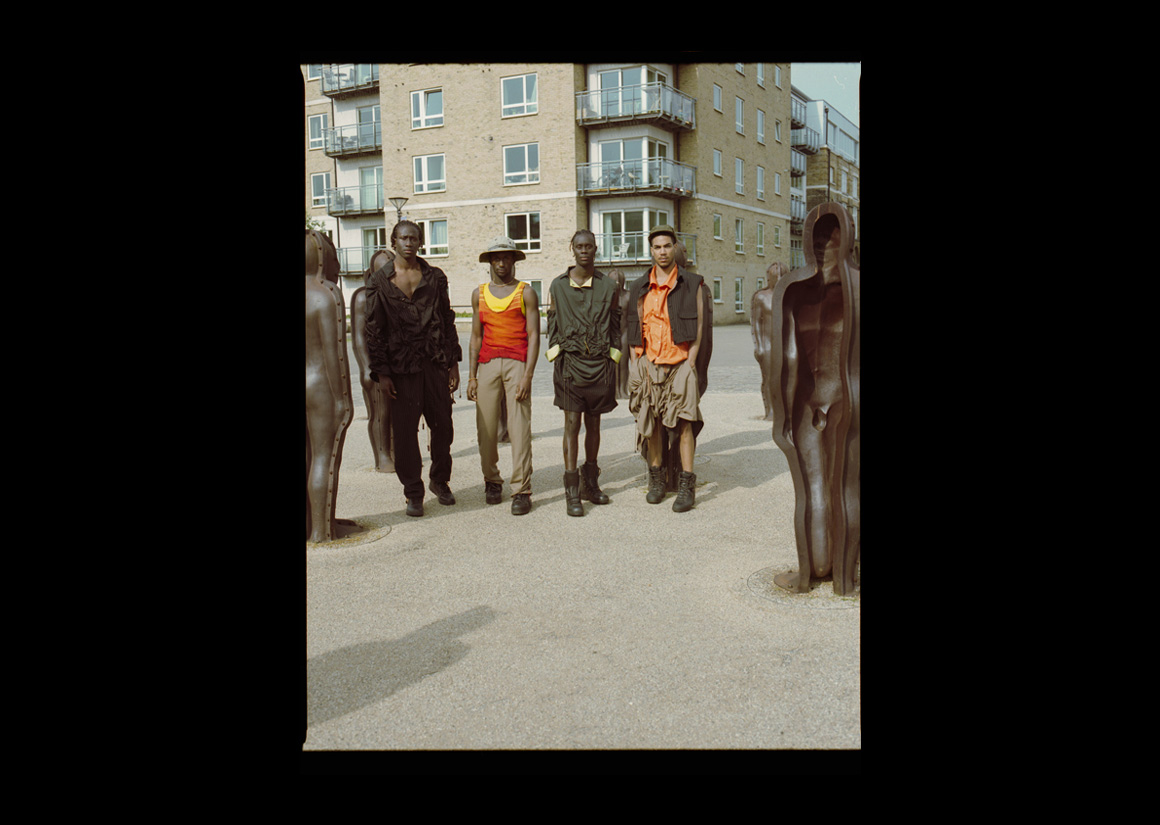 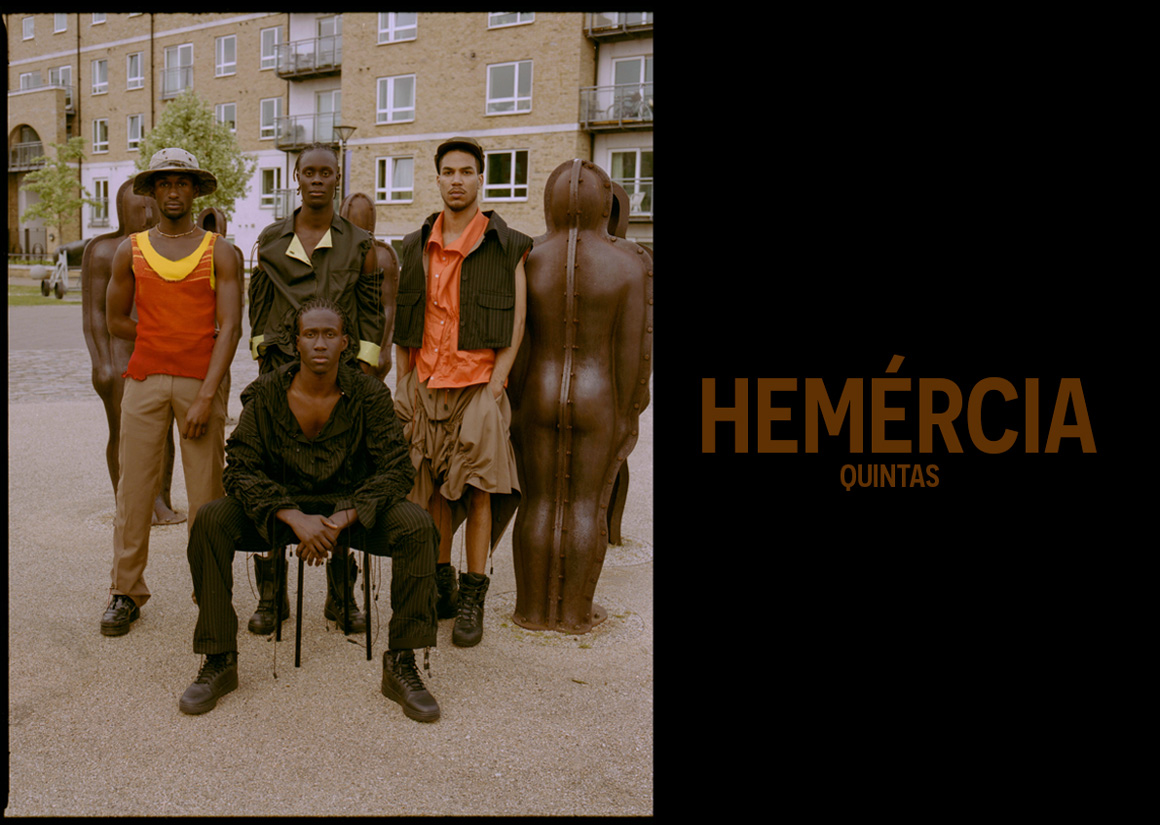 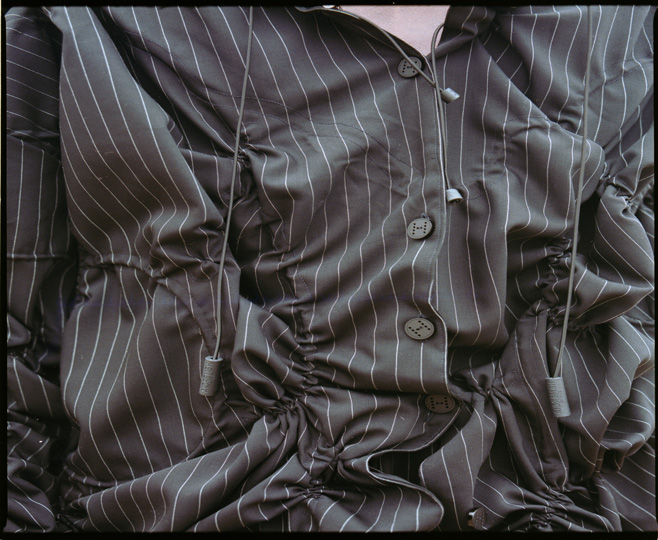 3D Printed End of the Cord and Laser Cutting Buttons

The end of the cord and the buttons have been printed as part of a branding for my collection. Throughout the garments you will find that the end of the cords actually have different names of cities in Angola. Benguela, which is where I was born has a thicker elastic running through the collection and the rest remain with the same size 3mm.

“The lack of ‘social interaction between black and white males is usually one of the indifferences acknowledged in public places.” - Asante and Al-Deen 1984, p. 514.