Because of my curiosity I decided to undertake an artistic career: this shade of my personality's always led me to approach with different cultures and stories, indeed one of the aspects that fascinates me the most about Fashion is its History. I love mixing inspirations from the past with the contemporary and my story, trying to create something unexpected.

I grew up with an architect mother and a pattern maker grandmother so I've always been surrounded by creativity and it's because of this inspiring atmosphere I grew up in that I am the creative person I am now. my first memory about fashion is a very child me trying on the clothes and shoes from my mother's wardrobe dreaming about the day I'd have been so grown up to wear them. Fashion's been the most natural way to express myself at my purest stage and through University I had the chance of fully understanding and putting into practice all my creativity and my passion.

About the 2000 inspiration, since the beginning of my creative process I knew I wanted to do something related to my birth year (and in general the firsts 2000s) in order to create something with also an emotional affection. The idea. was to bring them back to life with their most characteristic features: a very playful, colorful and pop atmosphere and an obsession for layering. These aspects really maintained their integrity especially in the styling and the decision of fabrics, colors and manipulations

At a certain point I felt the need of adding others inspirations for what concerns volumes and shapes in general. The solution came from the 90s and their contrasting tendencies: on one hand the cleanness and sobriety proposed by Calvin Klein and Jil Sander, on the other the exaggeration and experimentation of Martin Margiela. Then for a sensual and elegant touch I also added the 30s night gowns, used both as a mere inspiration for their splits and transparencies and as a jolly for layering. 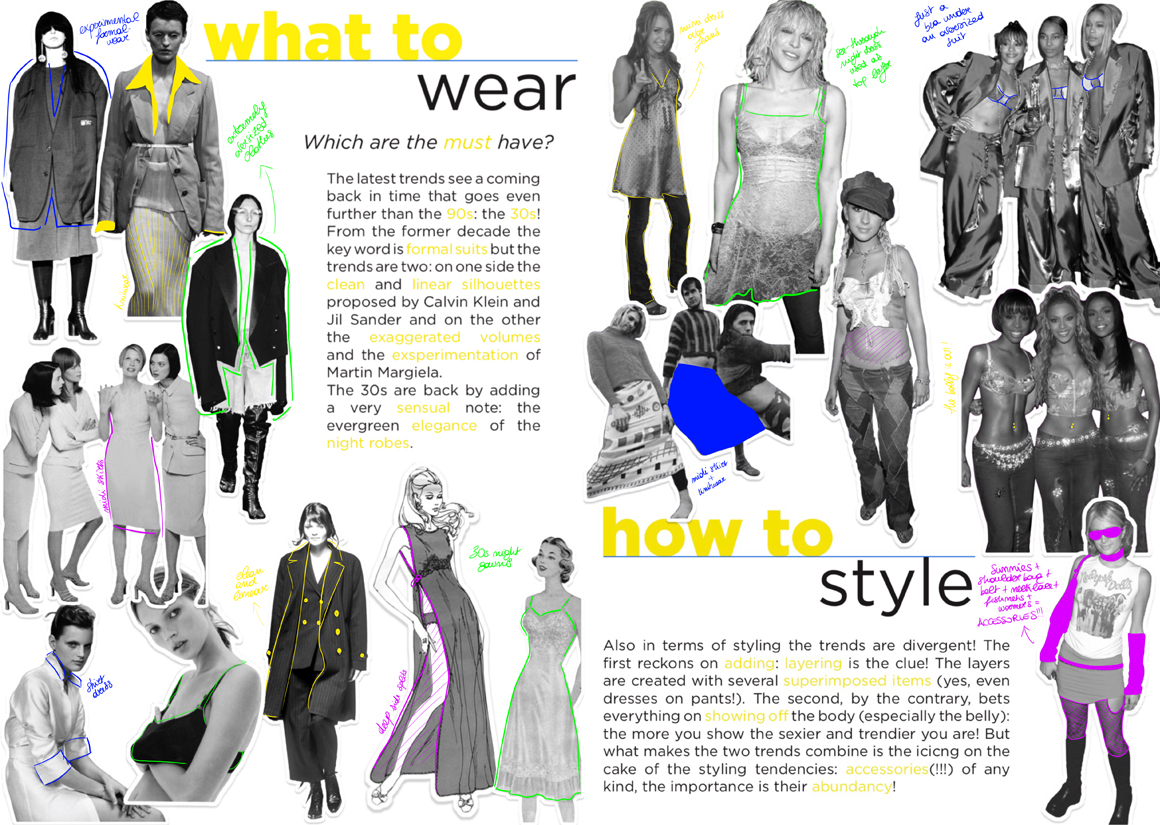 A funny magazine to explain my creative process. 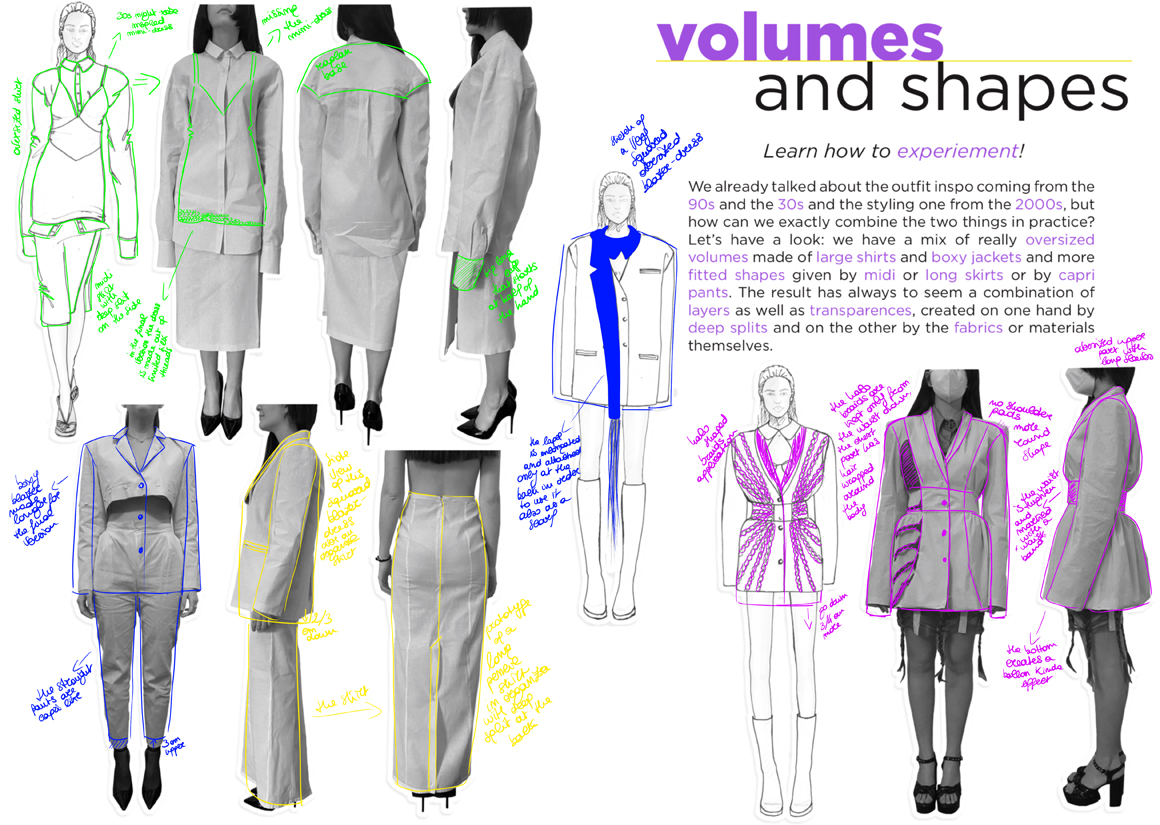 How the inspirations influenced the volumes. 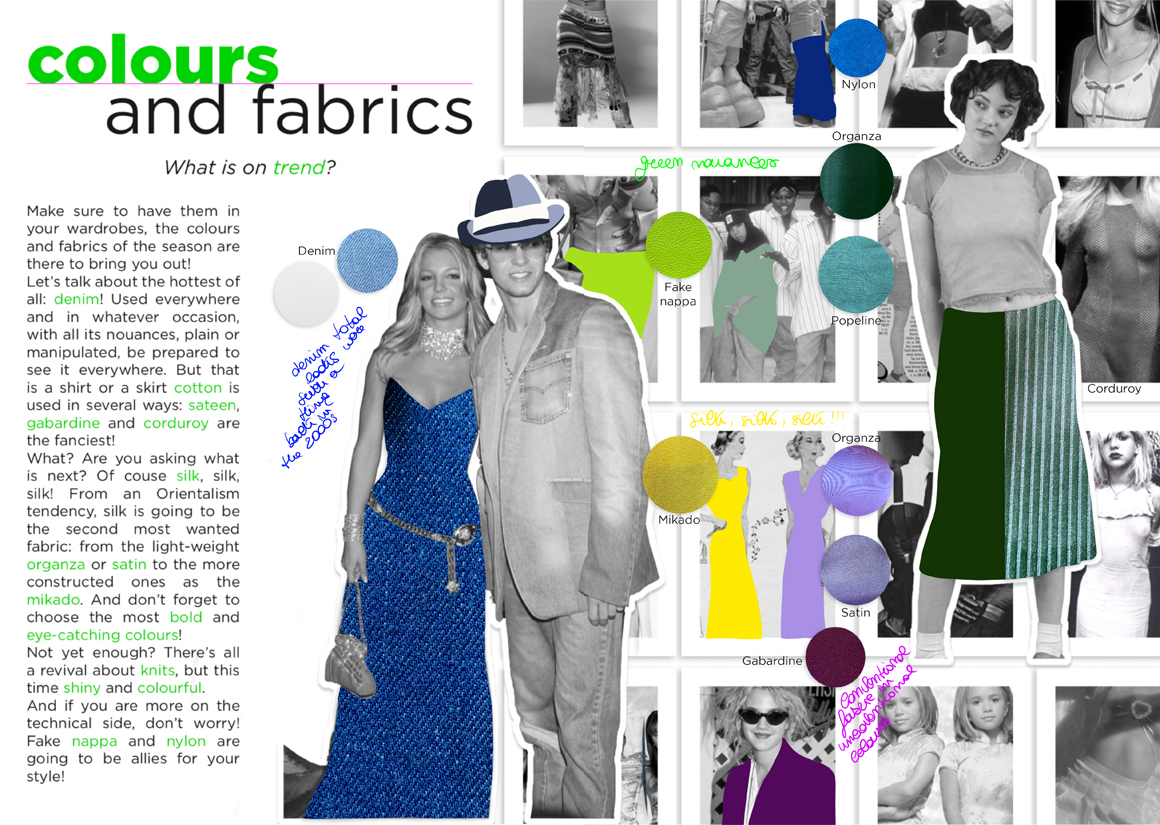 Colors and denim from the 2ks, silks from the 30s. 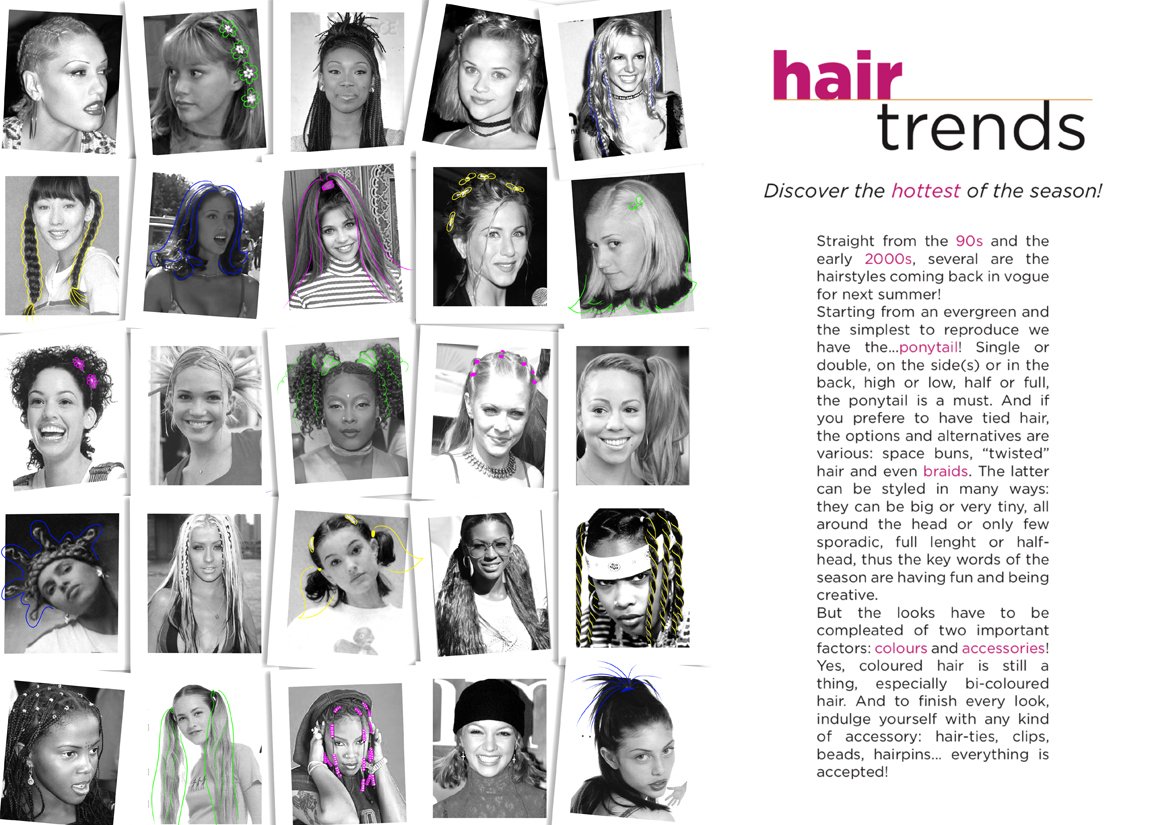 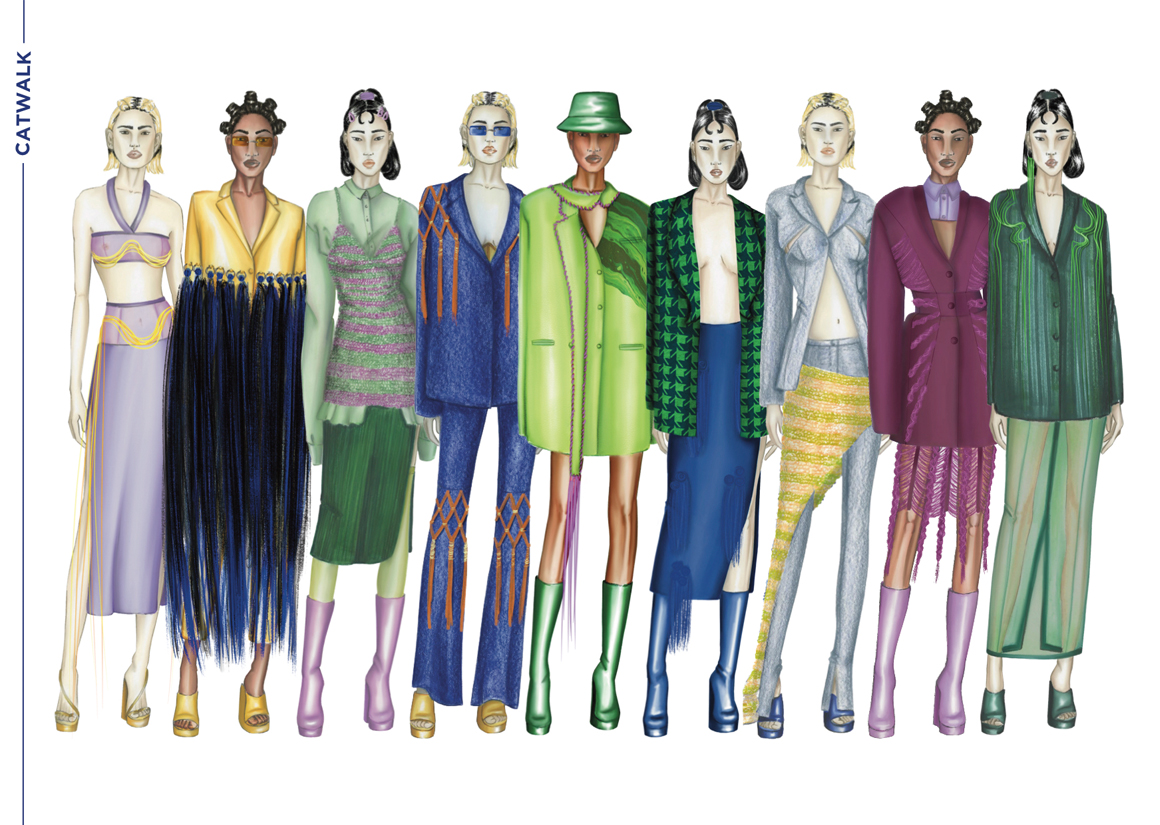 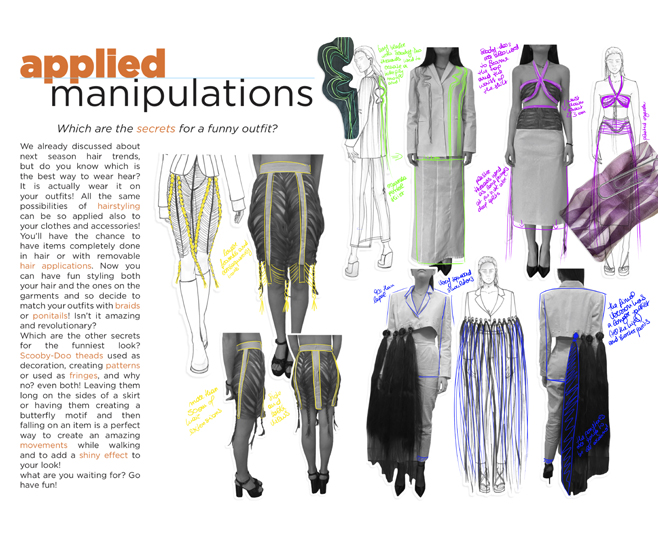 Hairstyles, games/toys and new Millennium trends in general influenced the details of my Collection.

The Collection is called Born 2.0^3 (2.0cube) both to point out the rebirth and reinterpretation I wanted to give to the inspiration years/decades and to underline again the connection with my persona. Another quote of the 2000 is the way I showed my creative process: a fancy teenager's magazine. The New Millenium ended up being the main inspiration for the details: its influence is present in the choice of the fabrics and the bright, bold colors but also, especially, of the manipulations. The hairstyles are now applications through long ponytails or braids, as well as the Scooby-Doo plastic threads creating patterns and fringes. The two trends of layering and showing off the body are coexisting and reinforced by the 90s inspiration. The latter is visible in the volumes development: more fitted and clean silhouettes are combined with oversized shapes. But still they are influenced also by the 30s night gowns: they guided the choice of the silk fabrics and an elegant, sensual dimension the outfits assumed

It is my belief that, in life, you can be the one who designs and rules his life or one that gets designed and ruled. I like to think that I belong to the first example, and so should you!