Being born and raised in the countryside surrounded by nature and an abundance of wildlife, this is where my soul truly feels at home. Many of my projects draw inspiration from this, with the consideration of protecting my love of nature in every day life, as well as channeling this through my work.

I use getting outdoors and exploring natural spaces to increase not just my physical, but mental health also. The fast pace and demands of the world can often overwhelm, so it is a great way to gain perspective and centre myself. Perspective not only comes by day, but also by night. Stargazing is one of the many outdoor activities I enjoy, the ever evolving universe is a great source of inspiration.

The journey of my research originated from going camping with the aim of getting the clearest possible view of the night sky. Delving deeper, I began thinking about the ambitions of humans living on the Moon and eventually Mars. Ambitions that have been deeply routed within us for centuries, expressed through film, art, and science, which may say a lot about civilisation’s constant worry about its fate.

Worry that comes from issues here at home, things like climate, waste, deforestation and much more that poses a threat to the world that created us. It only seems logical to tackle the issues here before creating more on another planet. I attempted to do this through sustainable practices such as reusing and upcycling, taking abandoned and damaged outdoor waste like sleeping bags, tents, wetsuits and other equipment. and turning it into product. 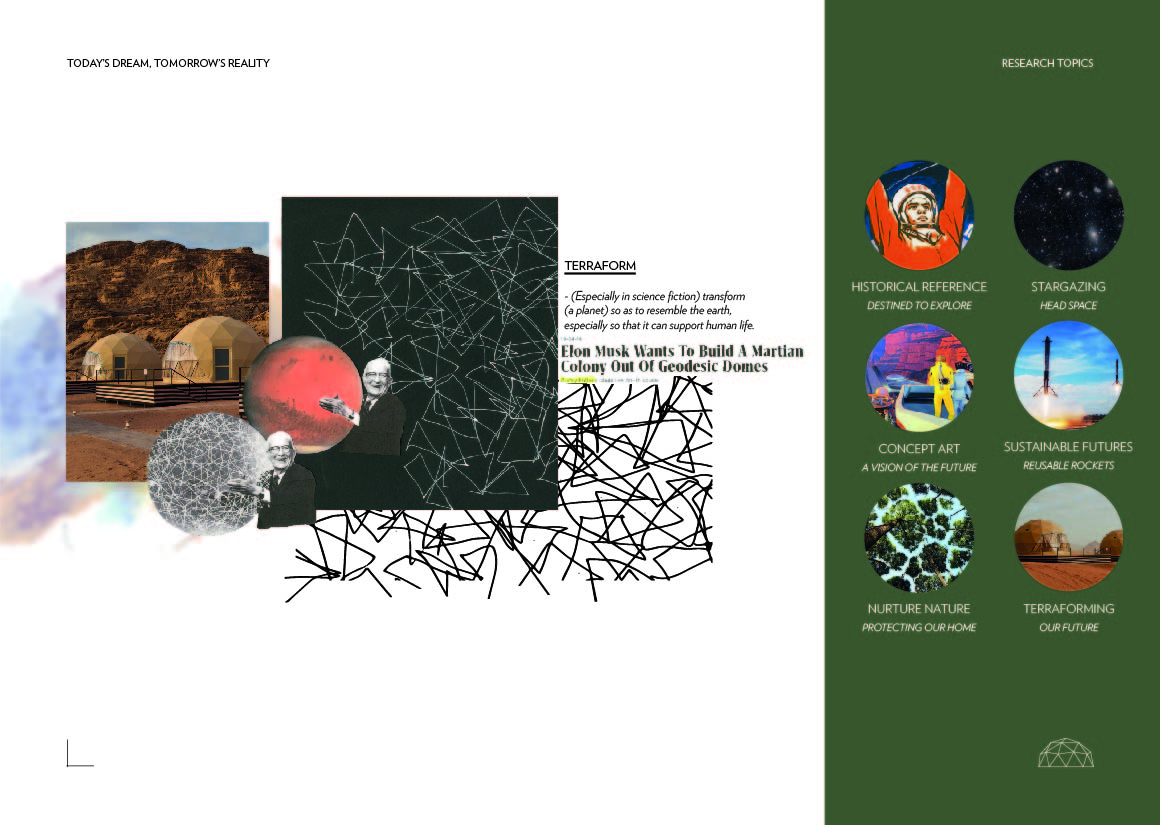 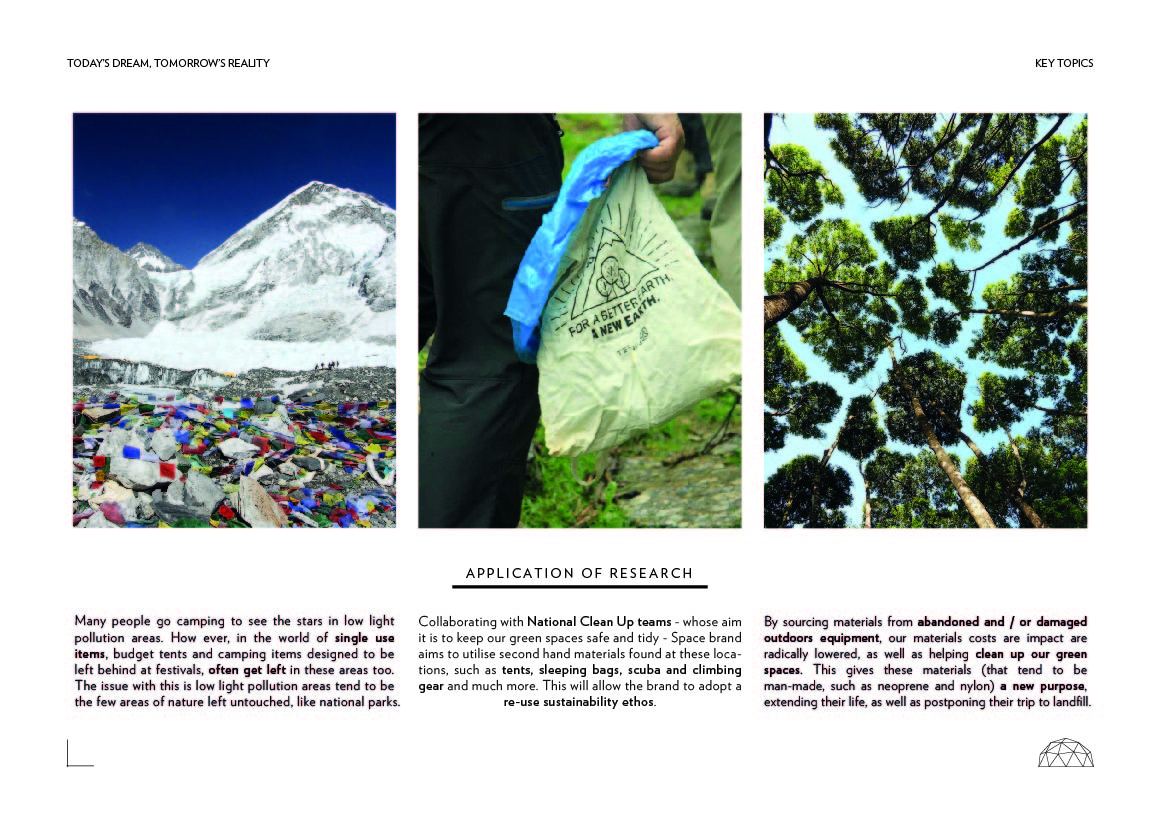 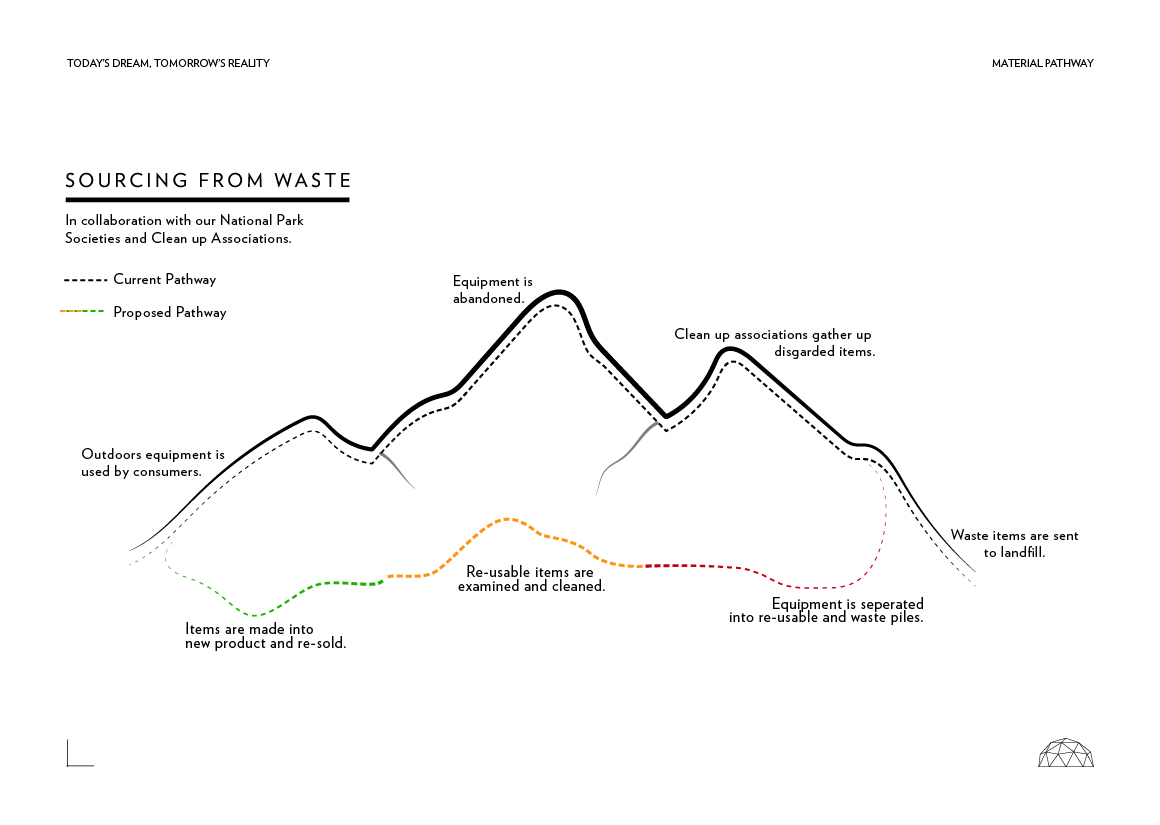 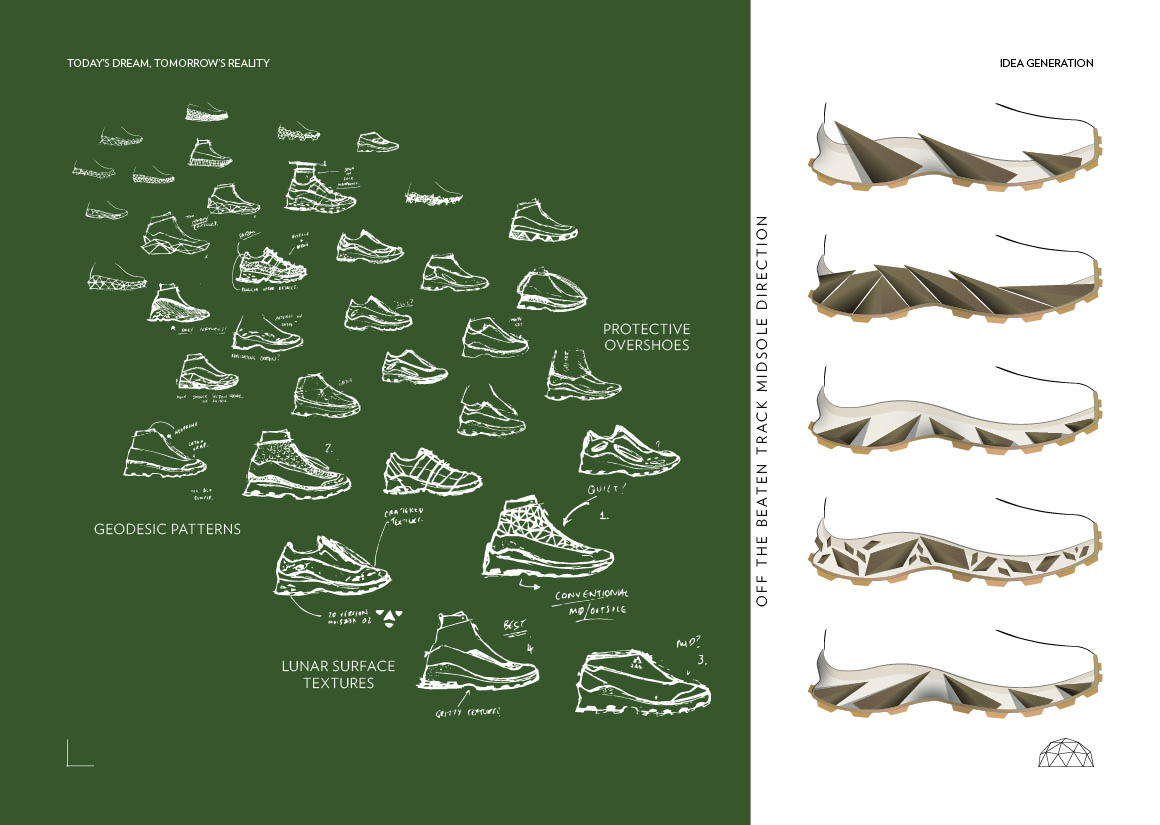 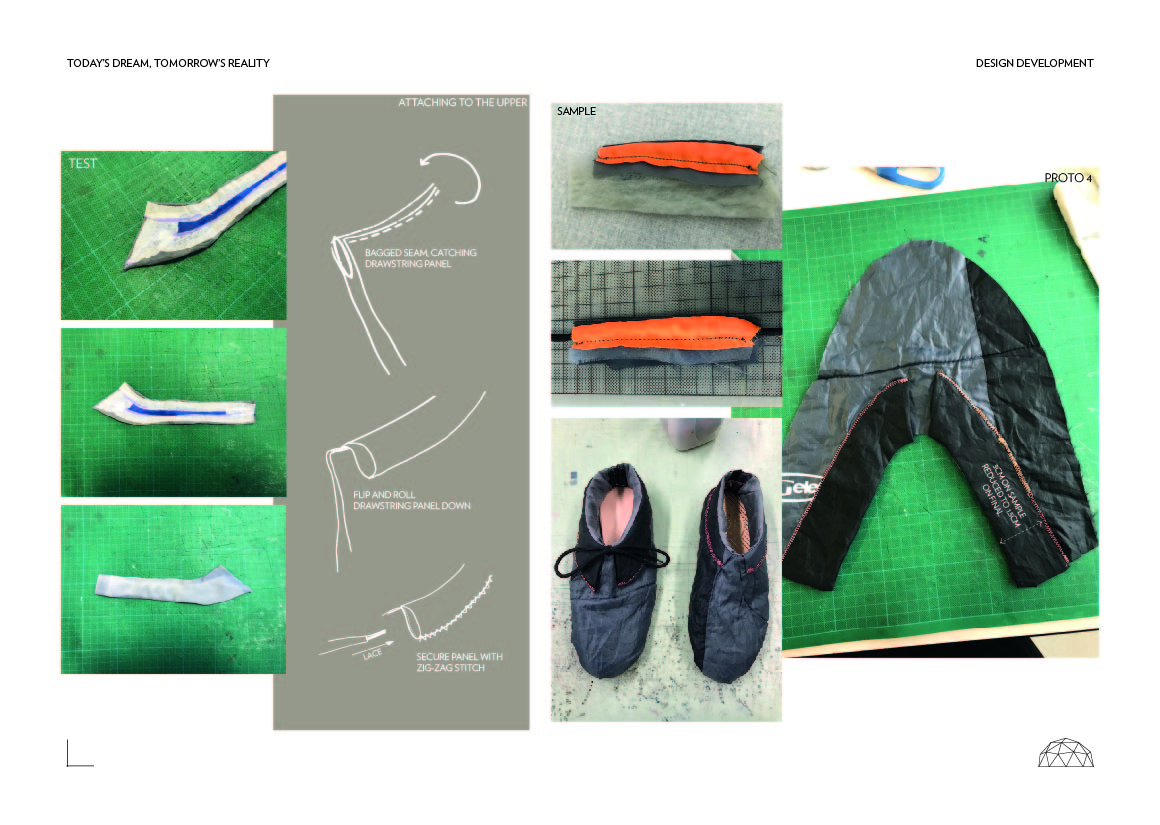 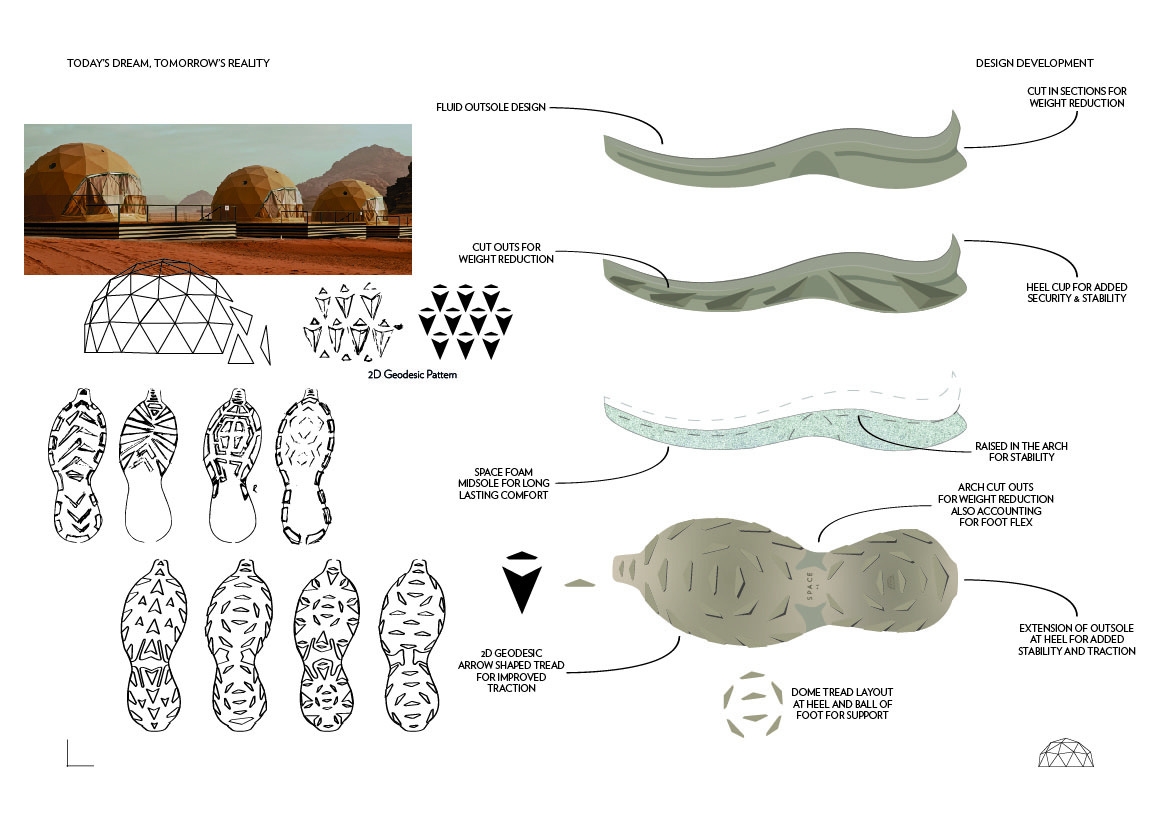 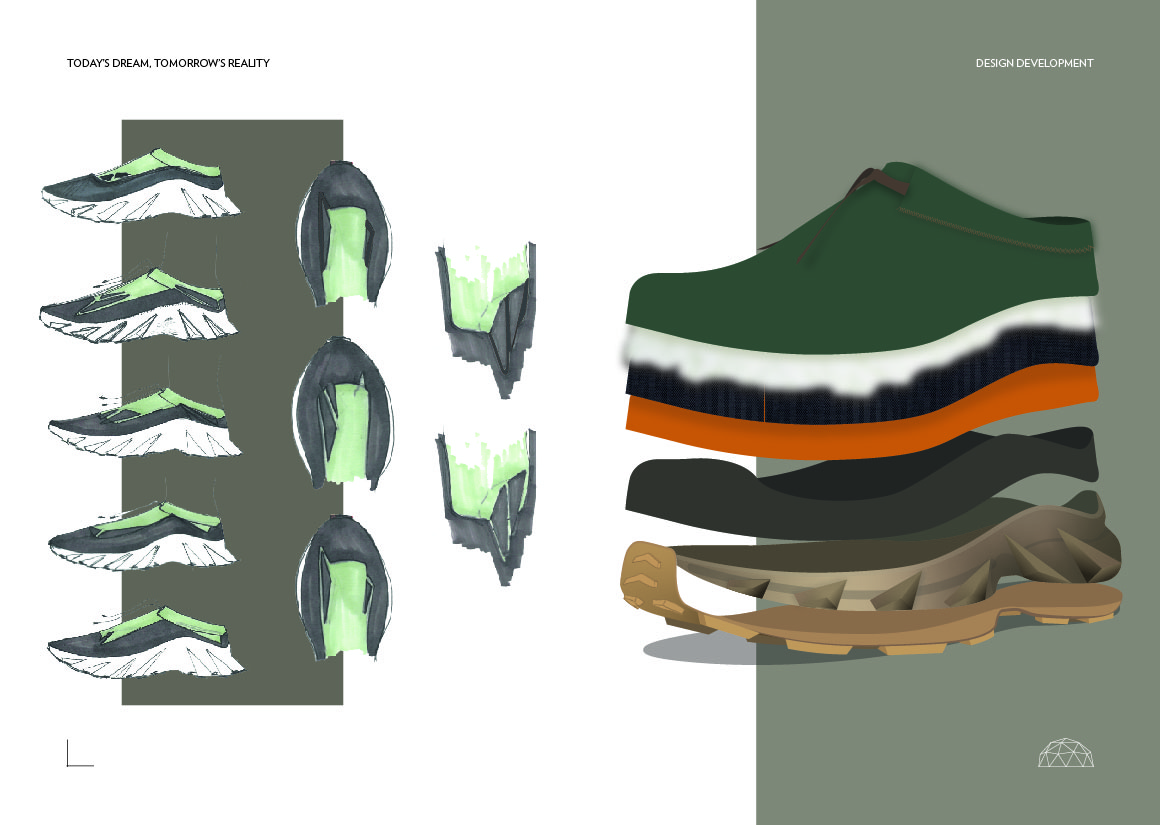 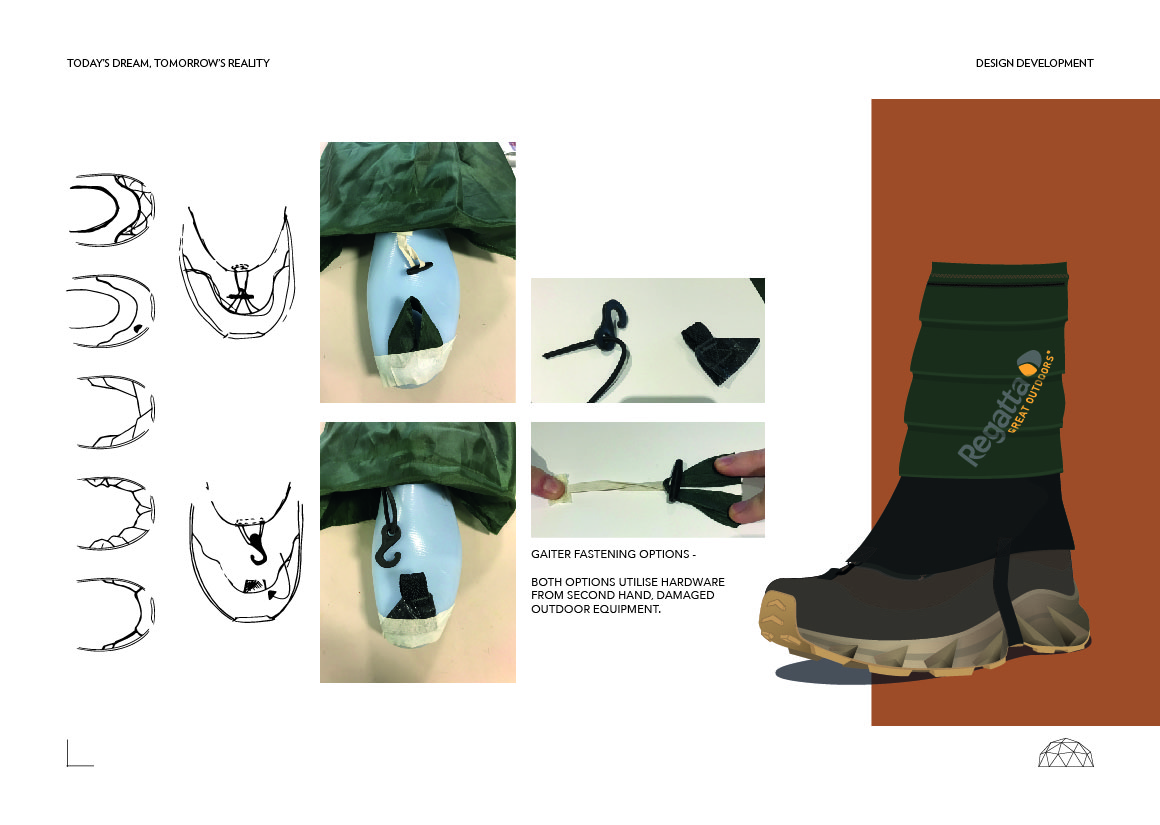 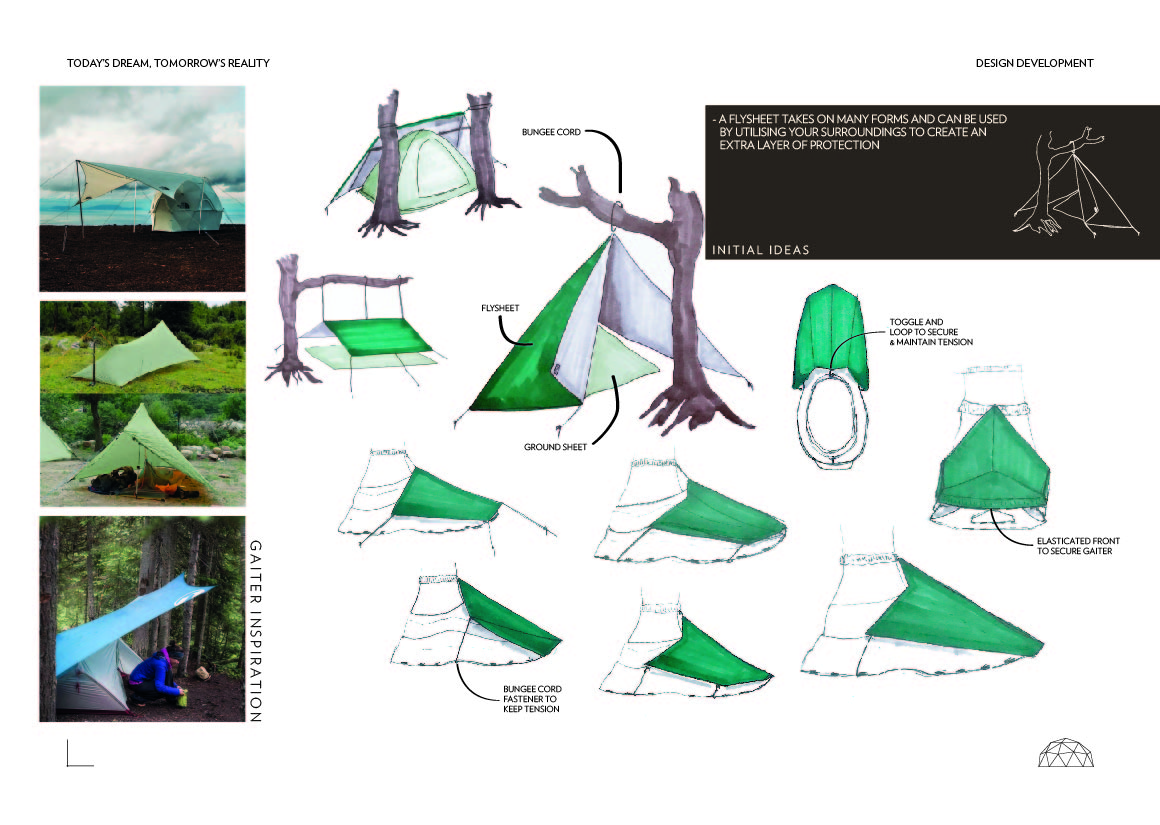 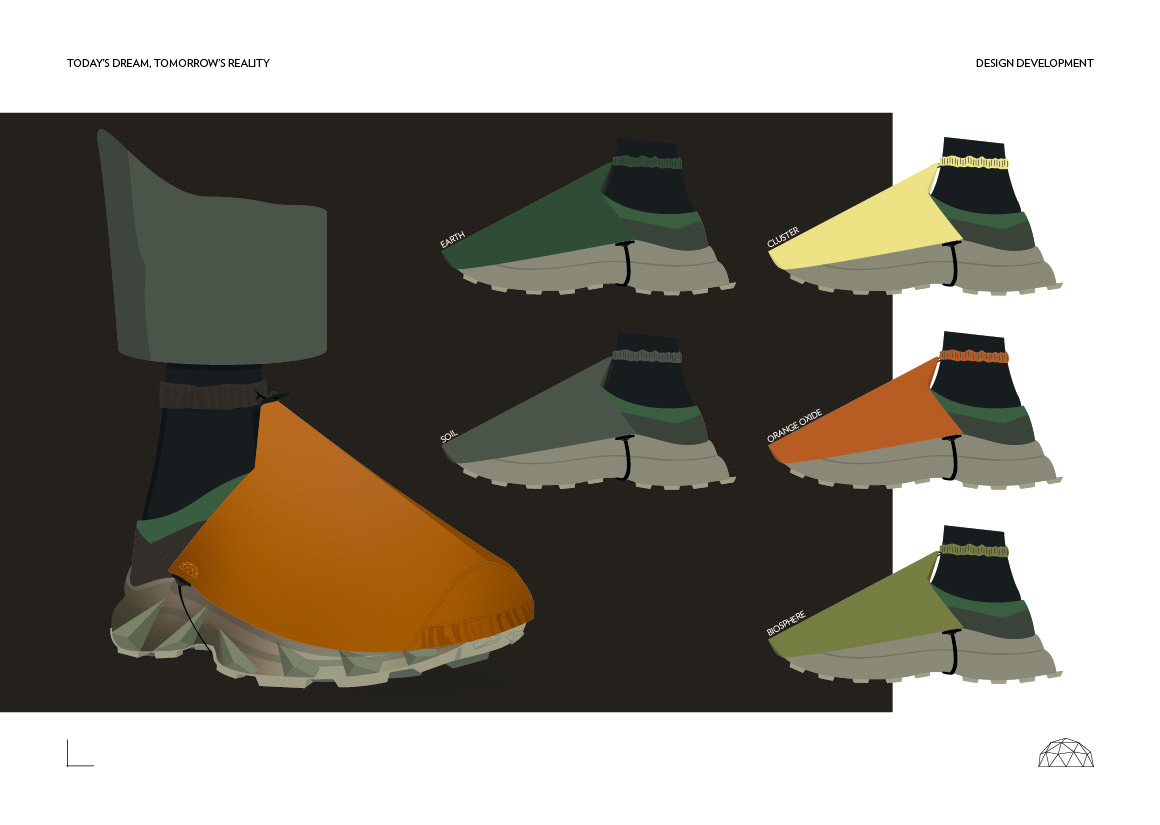 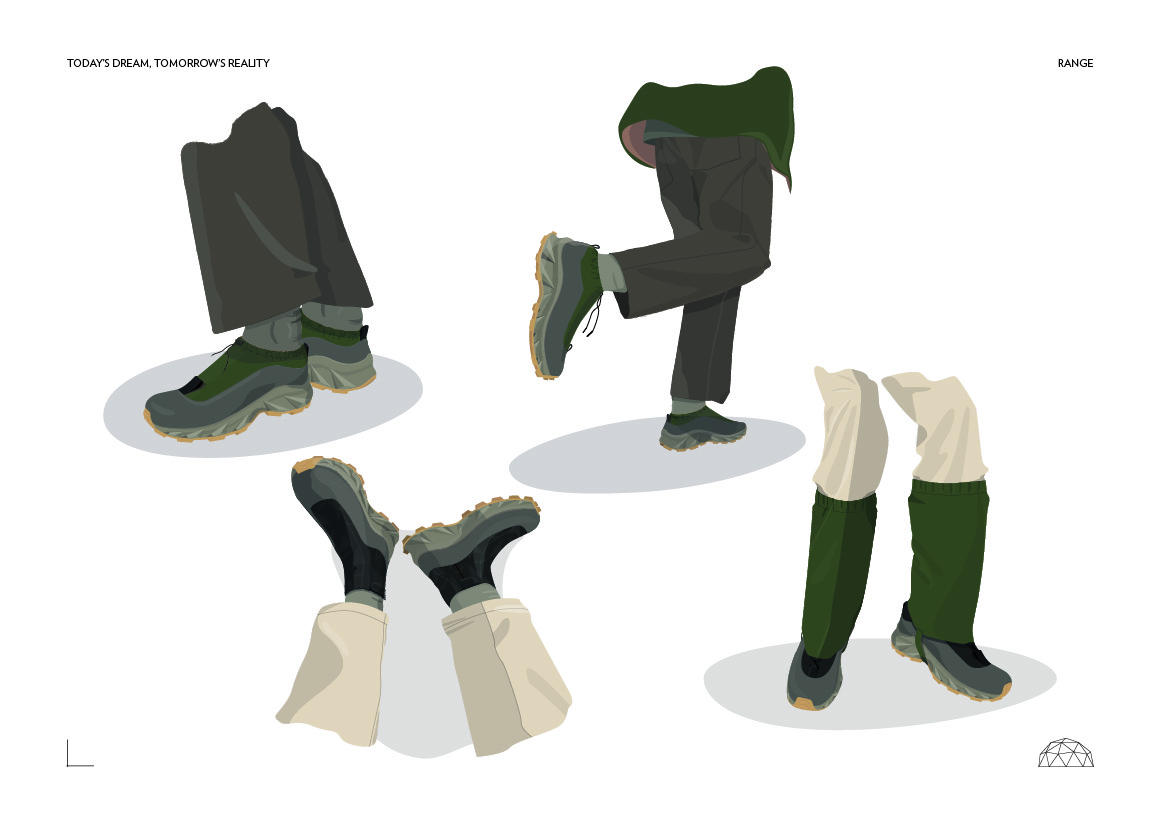 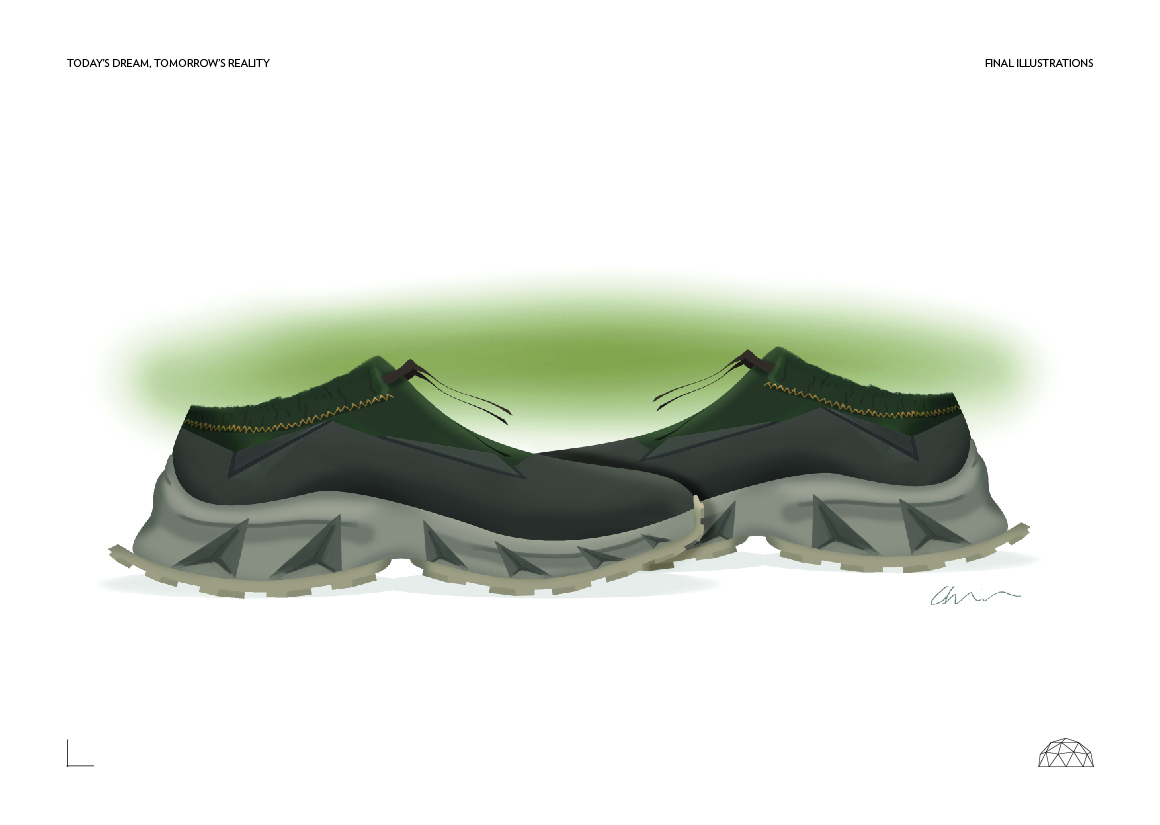 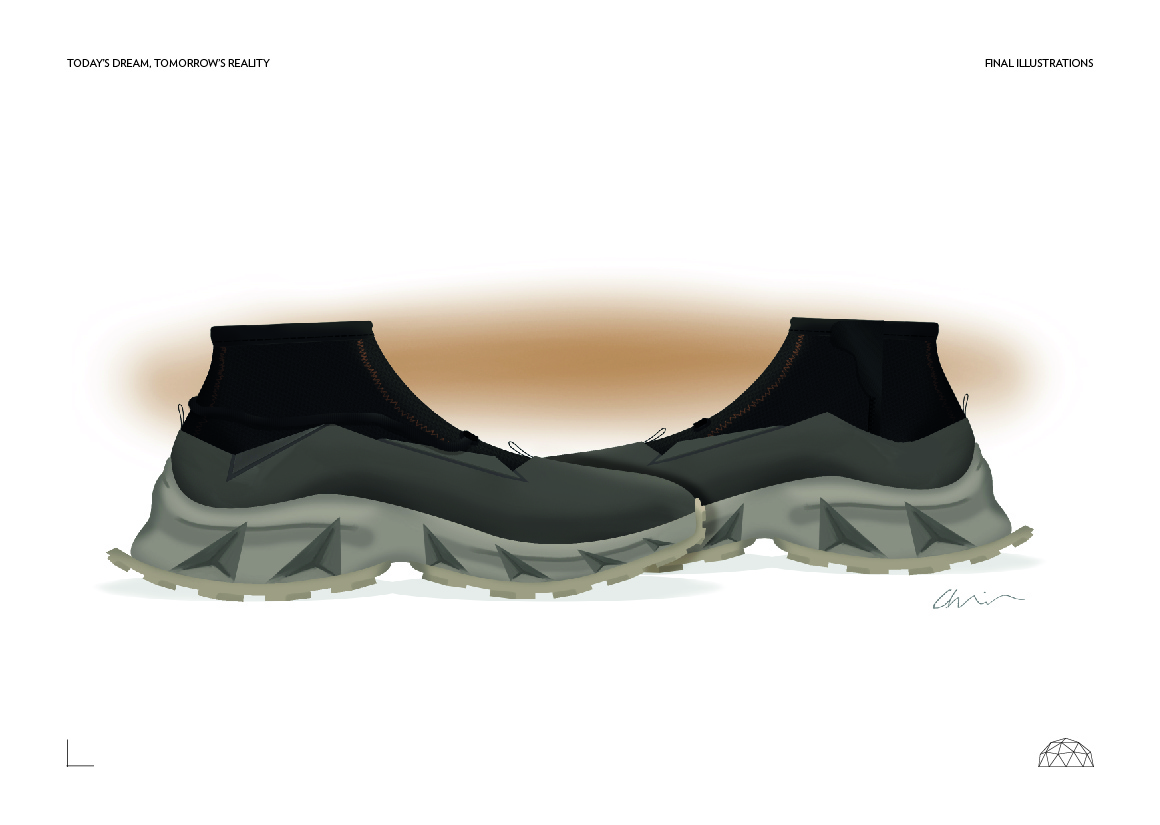 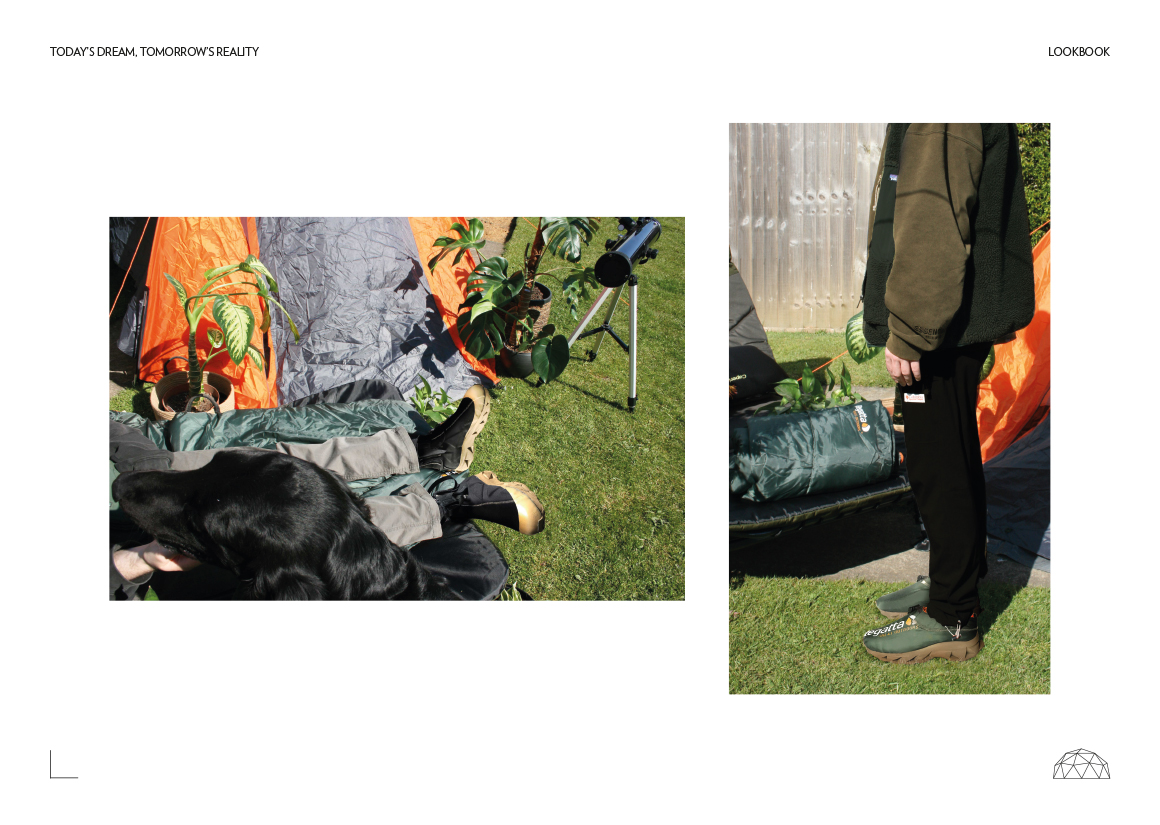 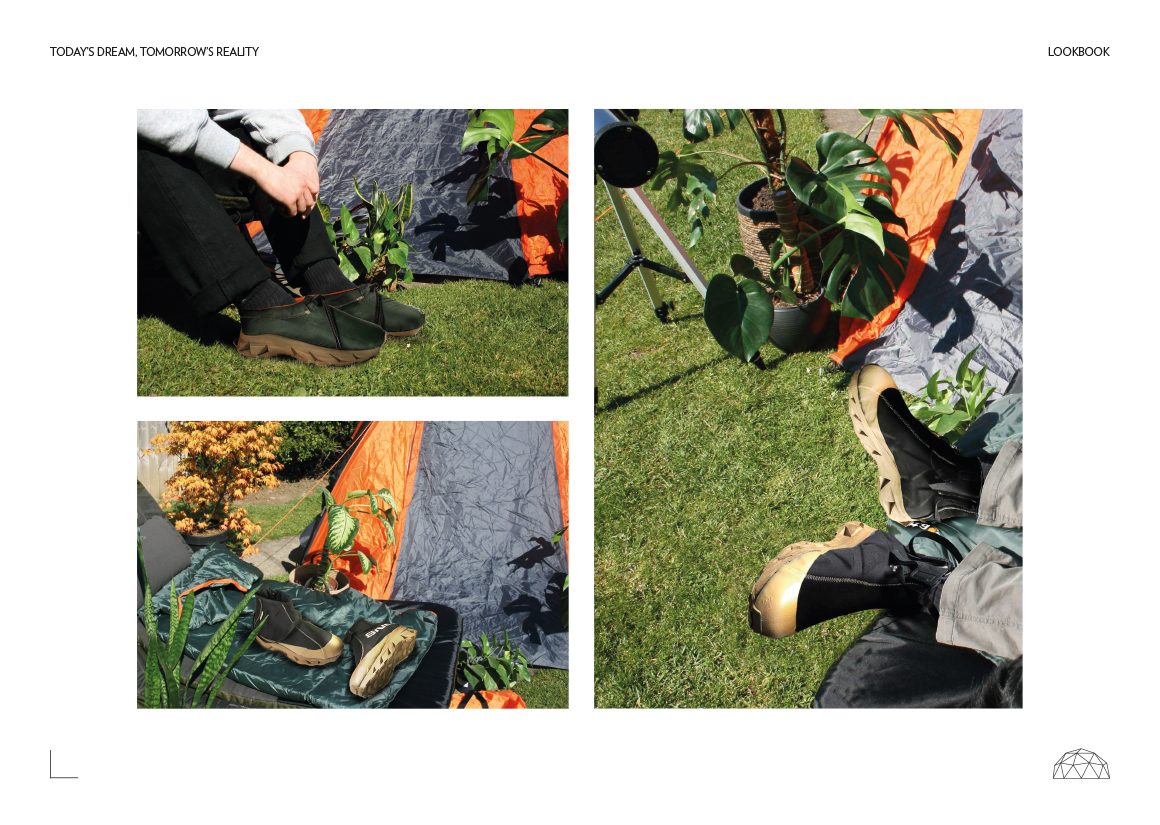 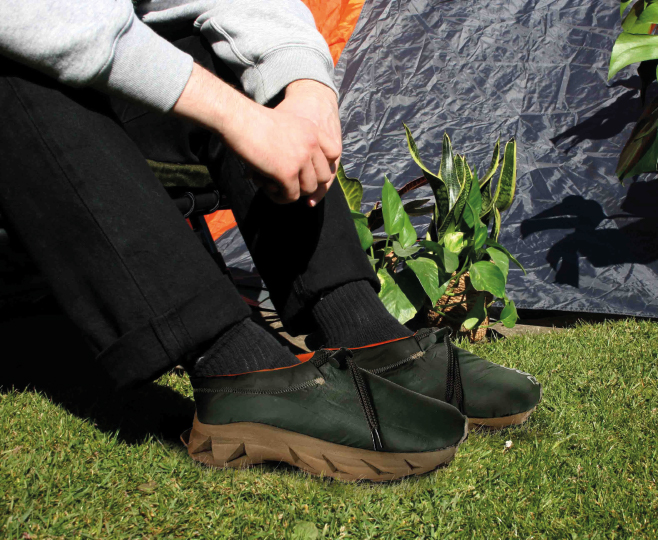 SUSTAINABILITY VERY QUICKLY BECAME THE FOCAL POINT OF MY PROJECT

With the increased amount of people getting outdoors during the COVID-19 pandemic, an increase of waste has been left in our wake and having got in touch with the Snowdonia Society, I had found this to be true. Abandoned tents, sleeping bags, and wetsuits from camping and wild swimming are among an array of usable materials that have been collected in the past by clean up teams. Utilising these materials - that would otherwise be going to landfill - and repurposing them are at the forefront of my design outcomes. By doing this, not only would I be reducing my impact on not having to have these materials manufactured, I would also be giving back to our much loved natural spaces that are being smothered in waste, as well as keeping these items from going to landfill by giving them a new purpose. This gives life to what would otherwise be waste, in turn creating unique product, composed of materials and hardware that have scarcely been utilised on footwear before.

'An understanding of the natural world is a source of not only great curiosity, but great fulfilment' - Sir David Attenborough