Hi there, I am a graduate in Fashion Design with Business Studies.

Throughout the design development stages, Bianca often takes inspiration from her culture - usually using the ethnic costume of her native country, with its various artisanal techniques, as a starting point. Her research process is also predominantly influenced by creators that have the ability to build a story, a dream around their art.

I admire artists that can be described as storytellers and their capacity of using symbols in order to convey an abstract concept and give meaning to their form of art. Their interpretations and distinctive vision in decoding the essential - are a fundamental source of inspiration for my design approach. In my creative process, I aim to build a poetic, idyllic atmosphere, that is talking about ephemerality and simplicity as a complex form of expression.

The concept started by investigating sculptures belonging to Modernist artists.

The sculptural forms identified in the works of the modernists Barbara Hepworth and Constantin Brancusi were reinterpreted through pattern cutting and the use of fabric, in order to create lightness in movement and a feeling of weightlessness. In the early stages of the research, those shapes were correlated with the volumes and the smocking details found on the ethnic blouses from my native country.

The research also includes Amedeo Modigliani's carved, elongated figure and Sarah Moon's ethereal aesthetic, outlining the mood of the collection: romantic, melancholic, feminine, fragile. Maiastra, the mystical bird from Romanian folklore, from which the collection took its name, informed the muse of the collection. The legend is describing a bird of rare nobility and grace, which is able to spread a heavenly light and give back the youth to the fortunate few who heard its gentle, harmonious song. 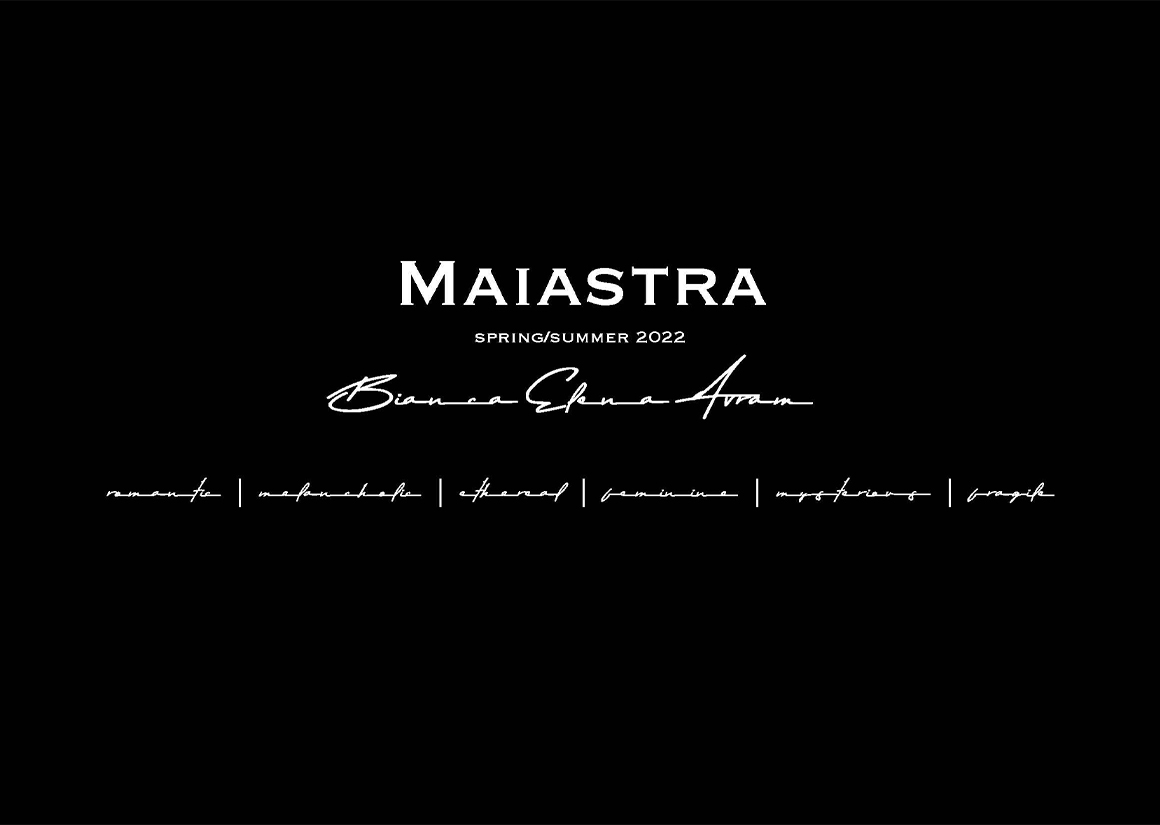 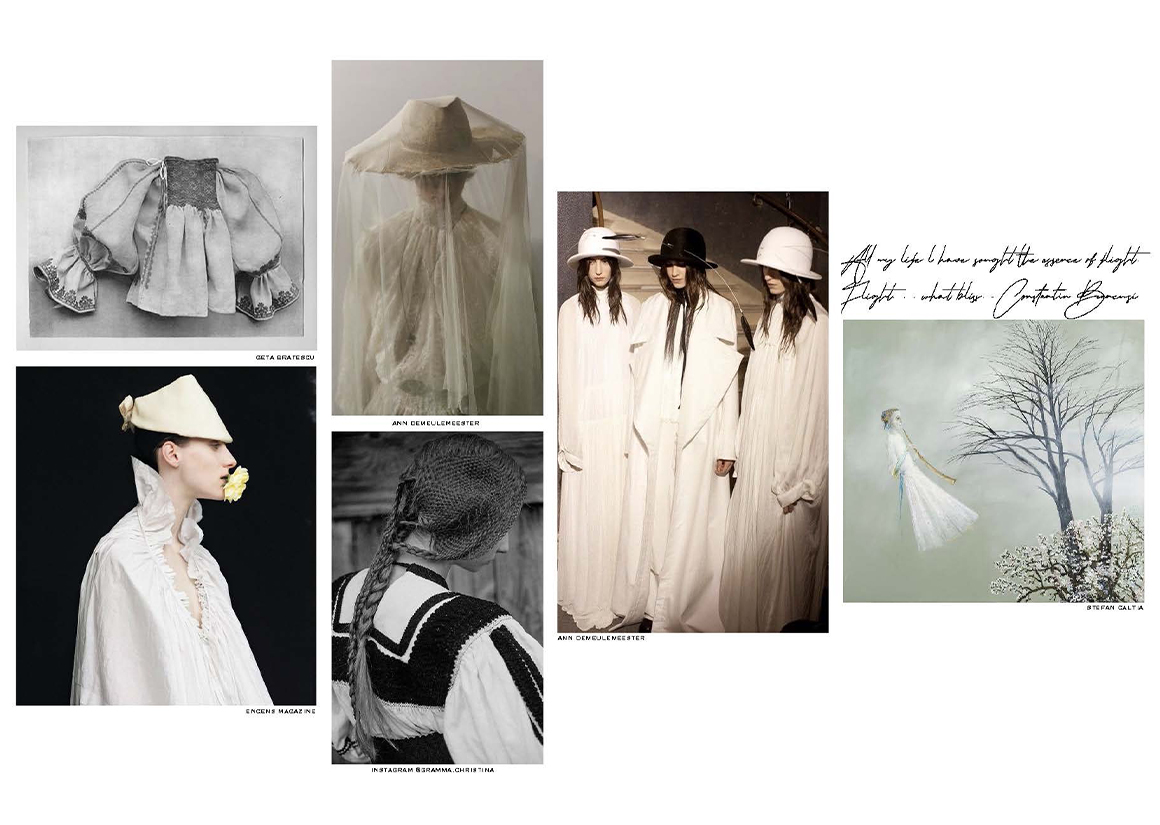 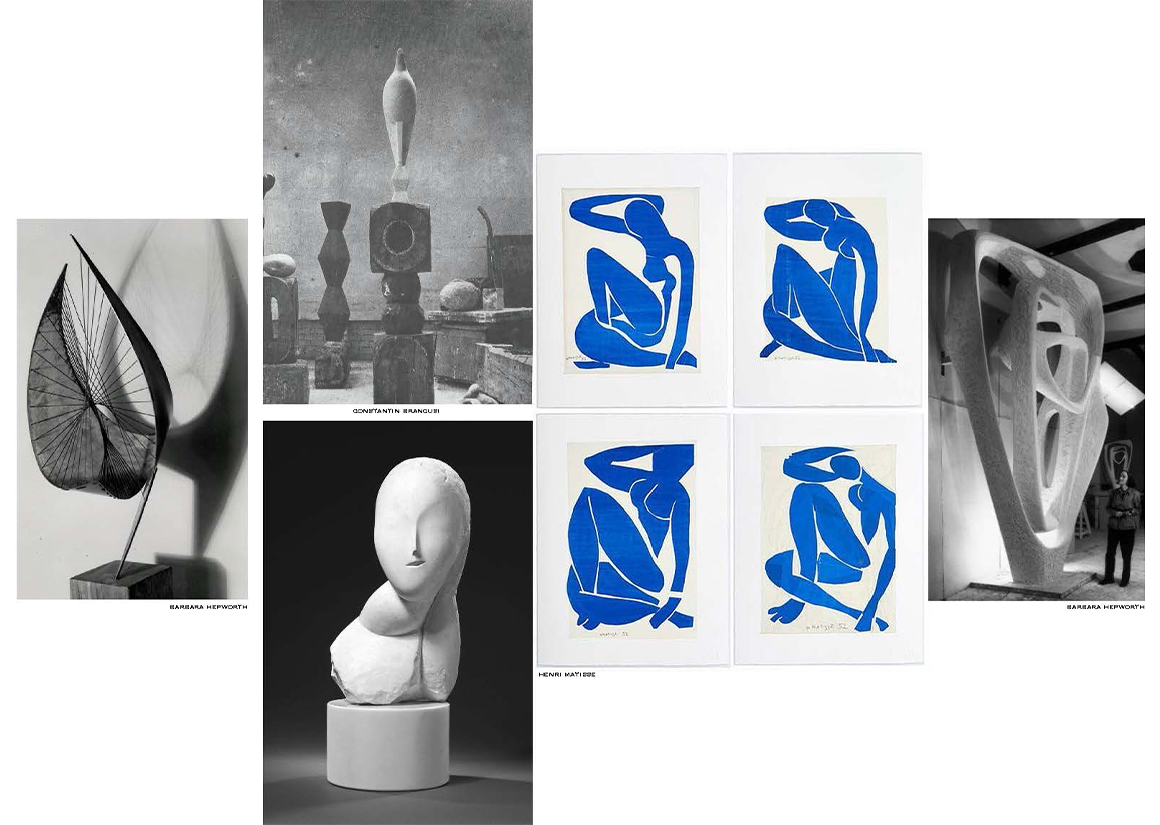 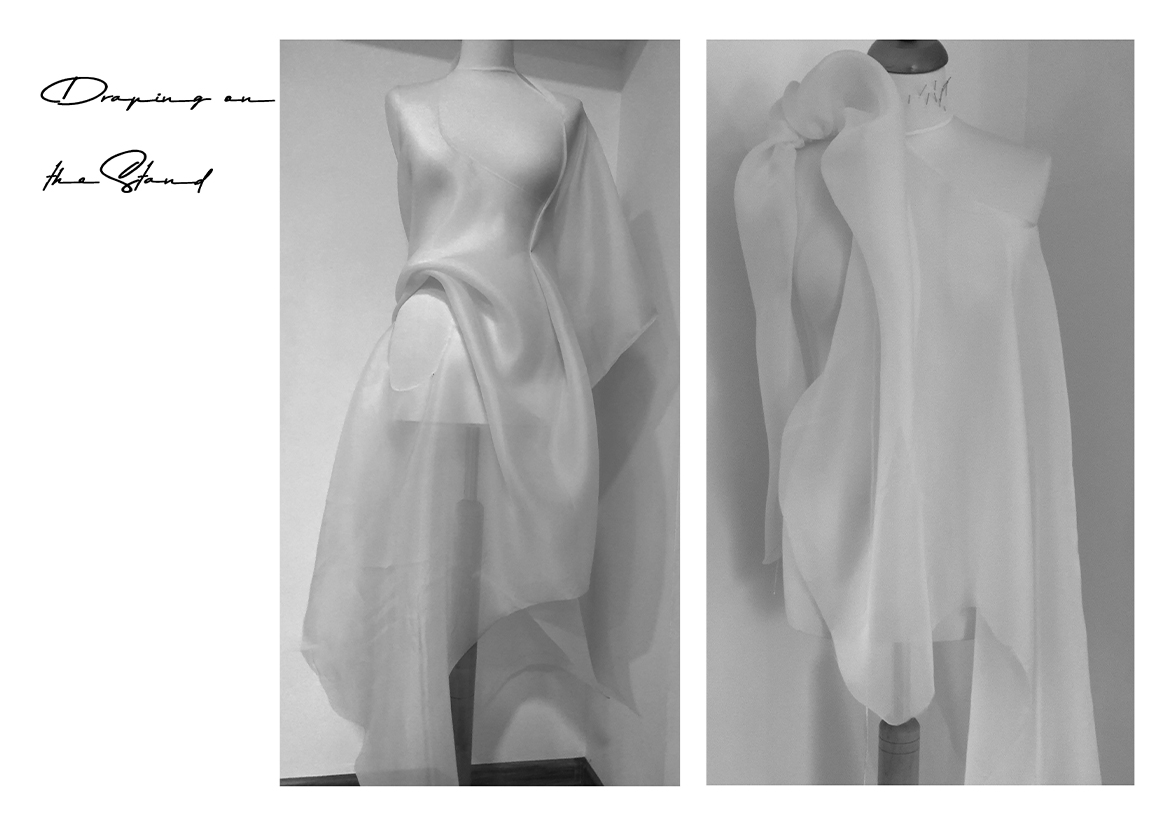 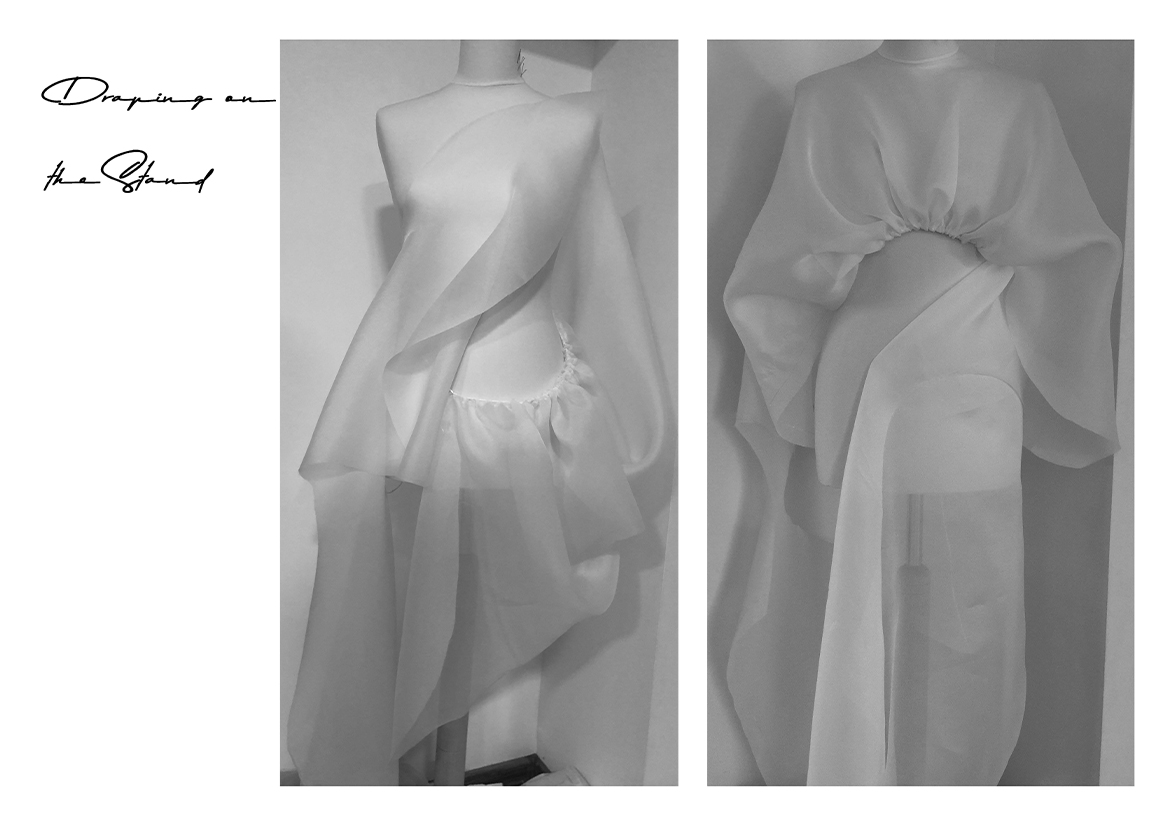 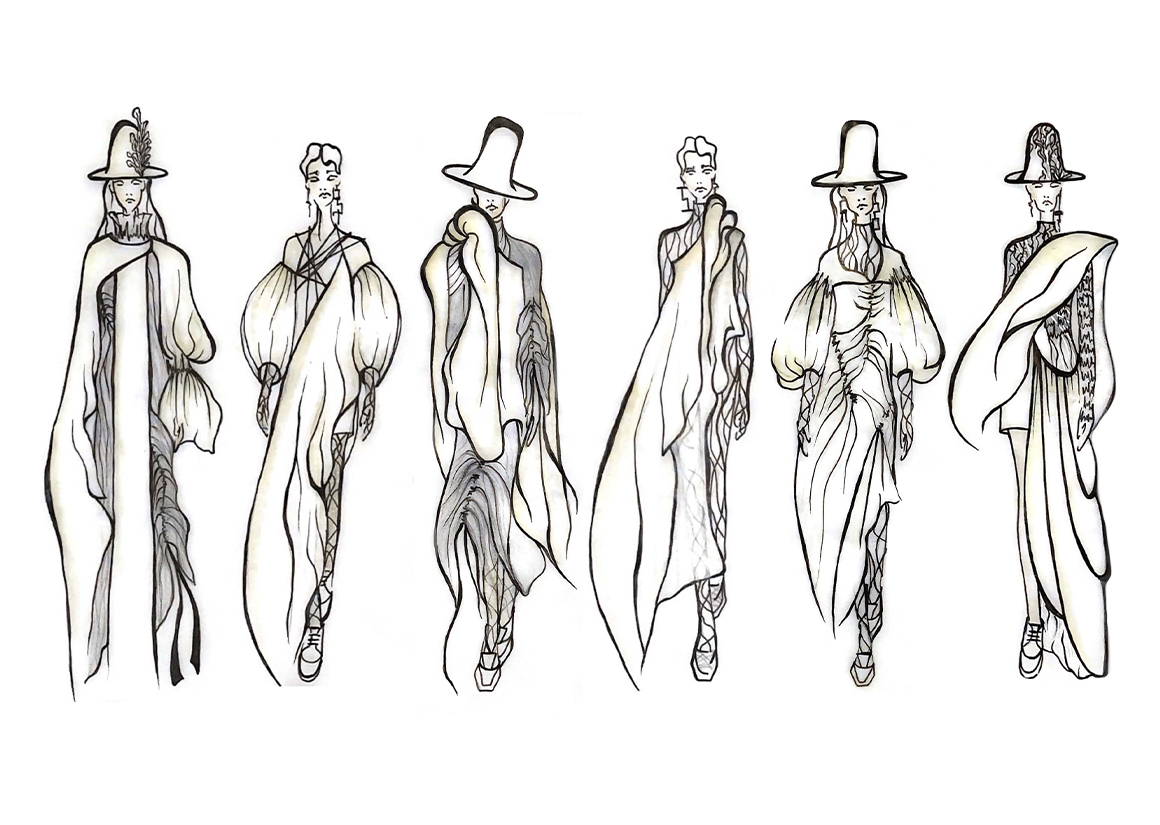 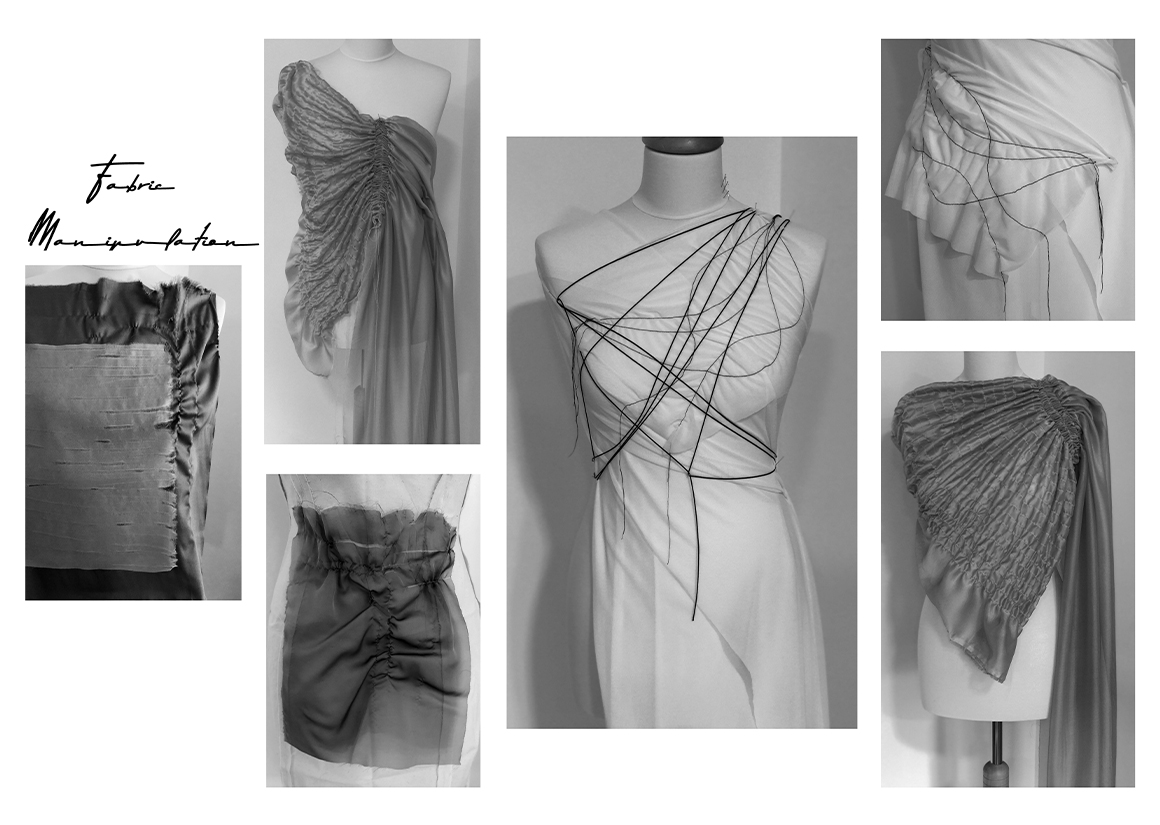 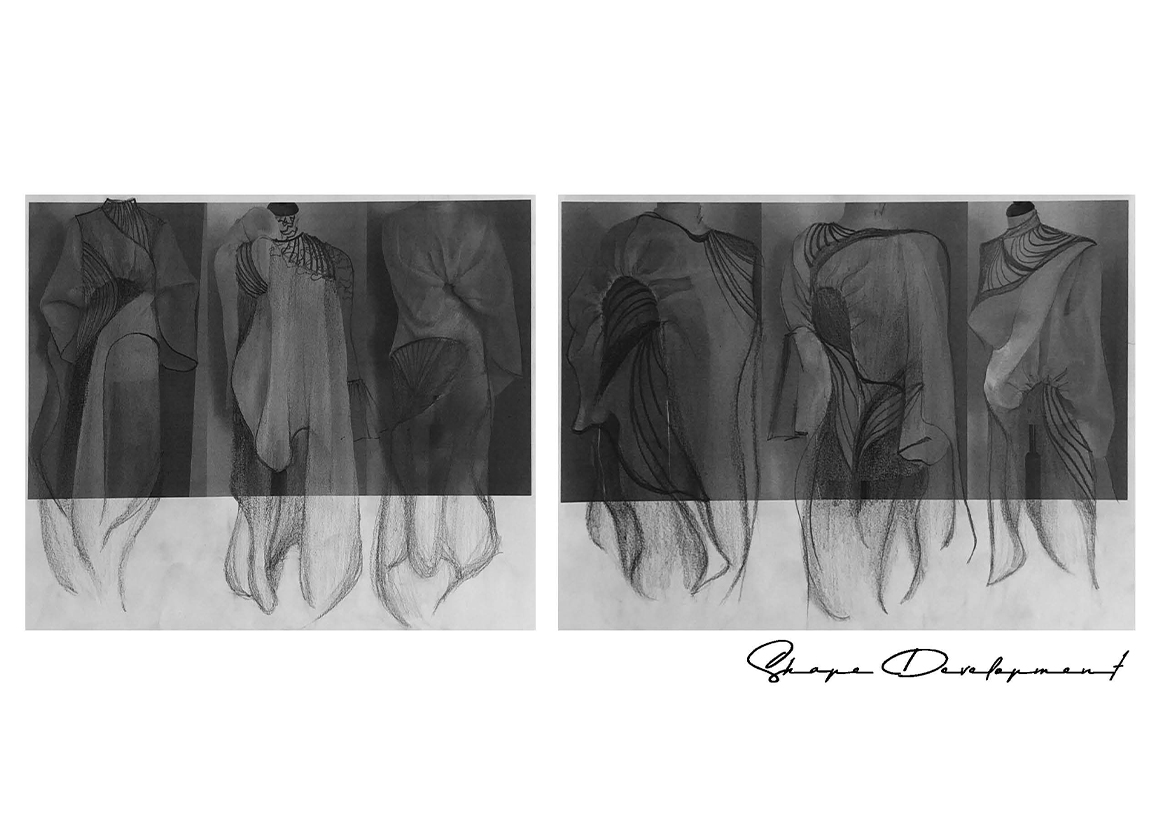 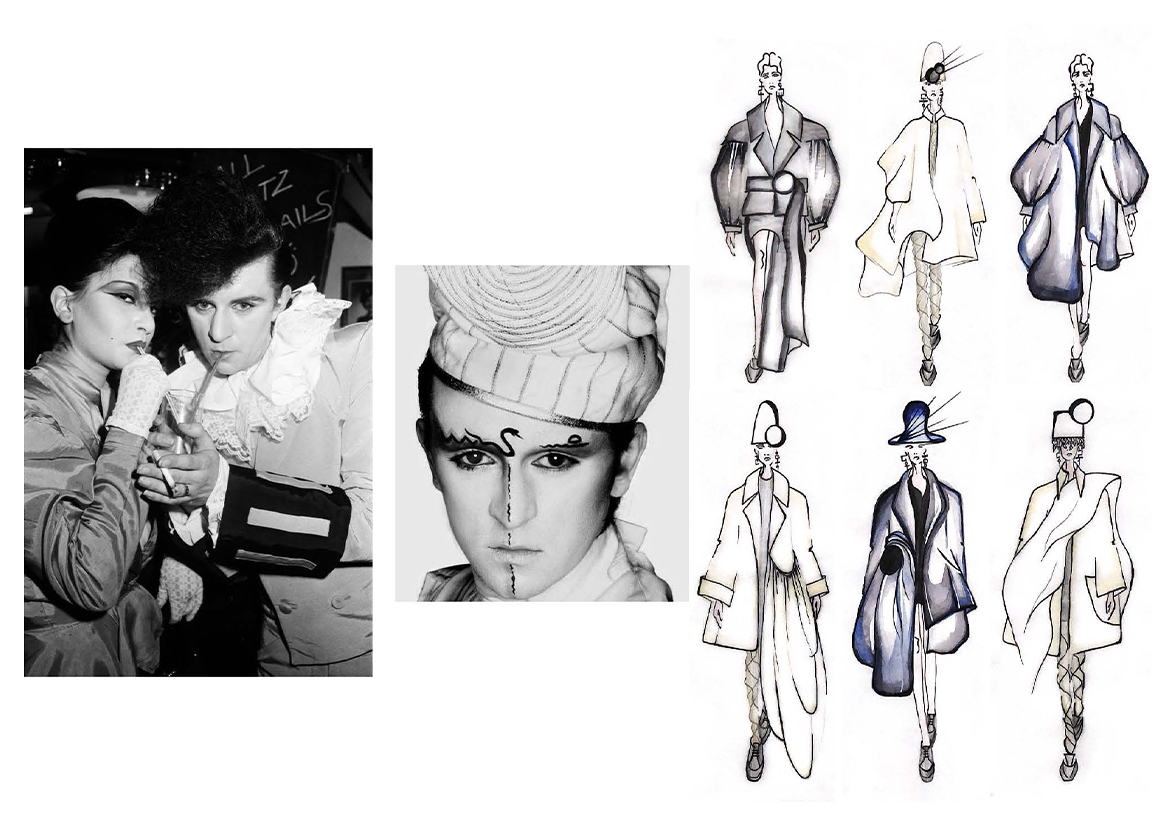 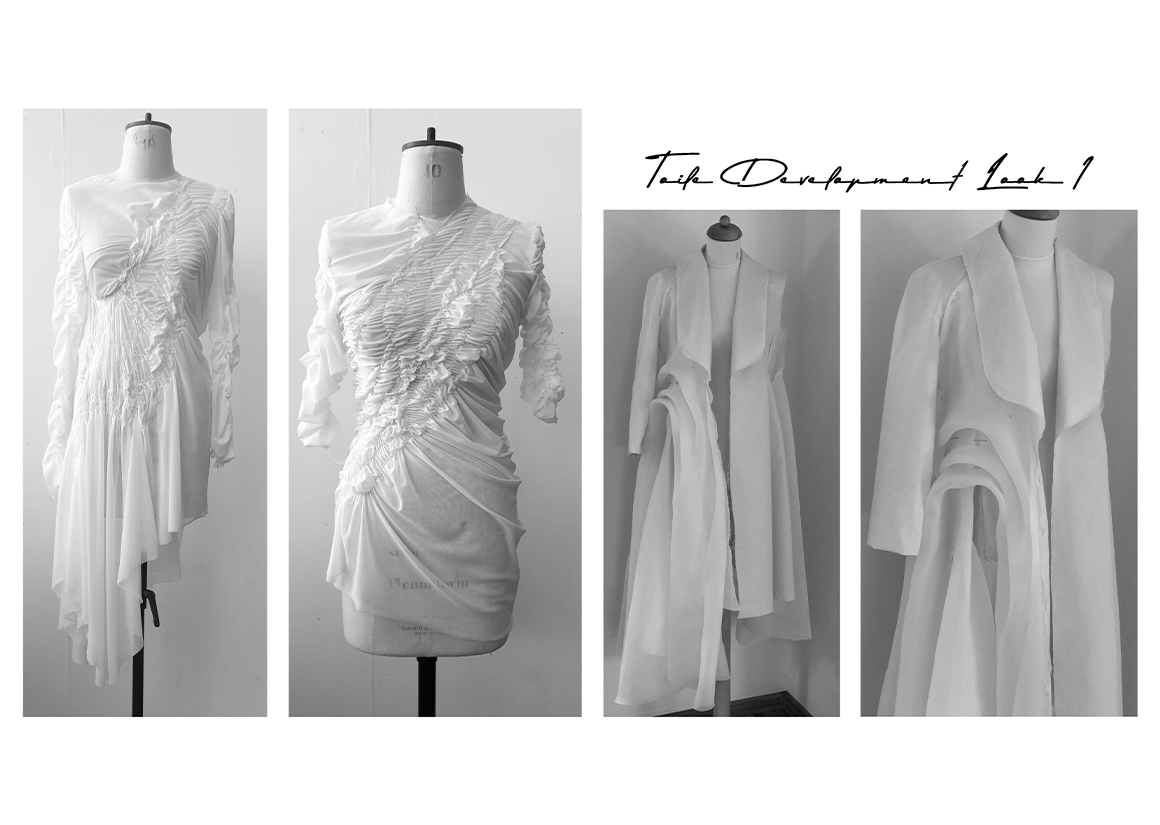 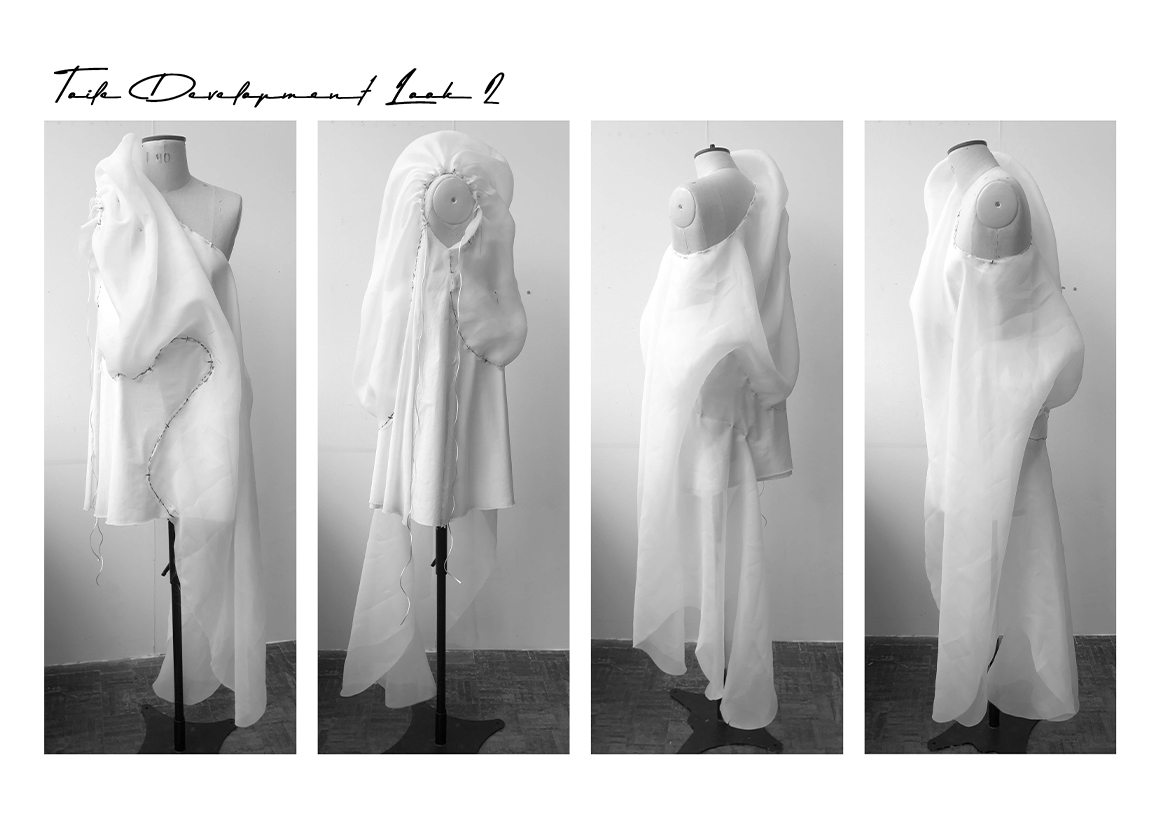 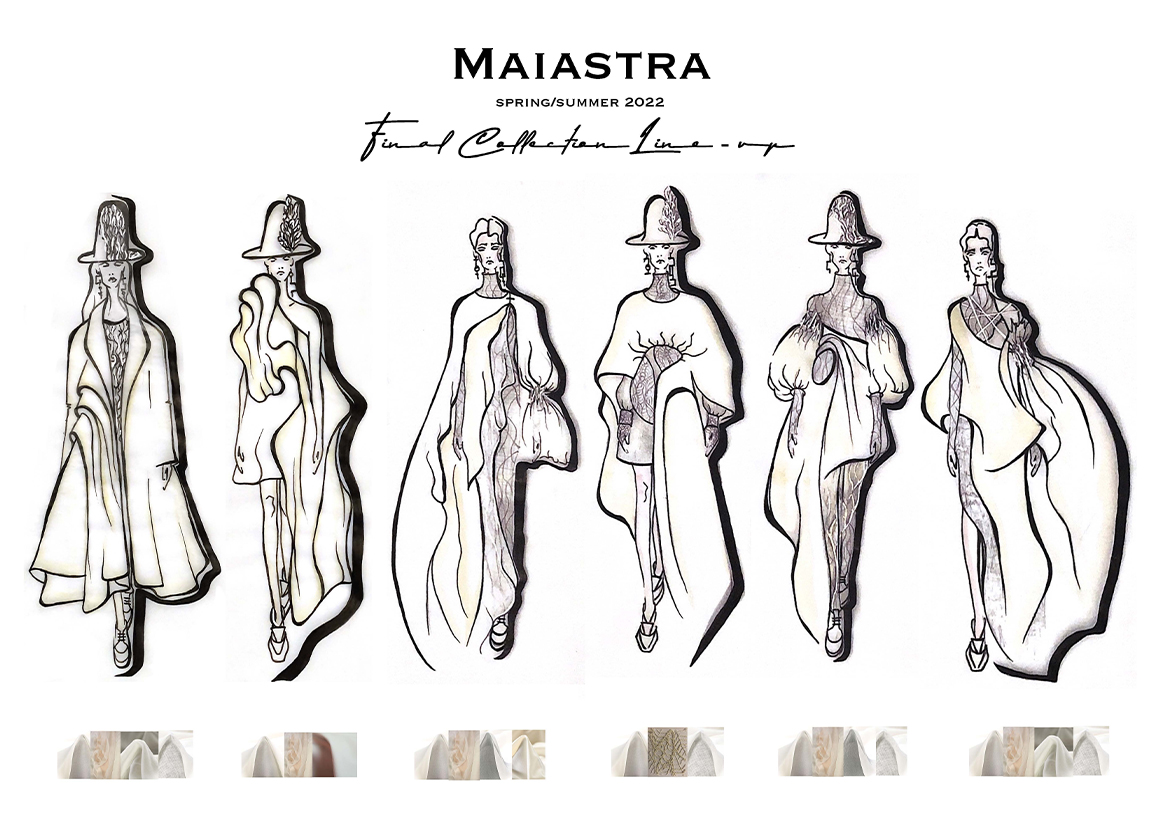 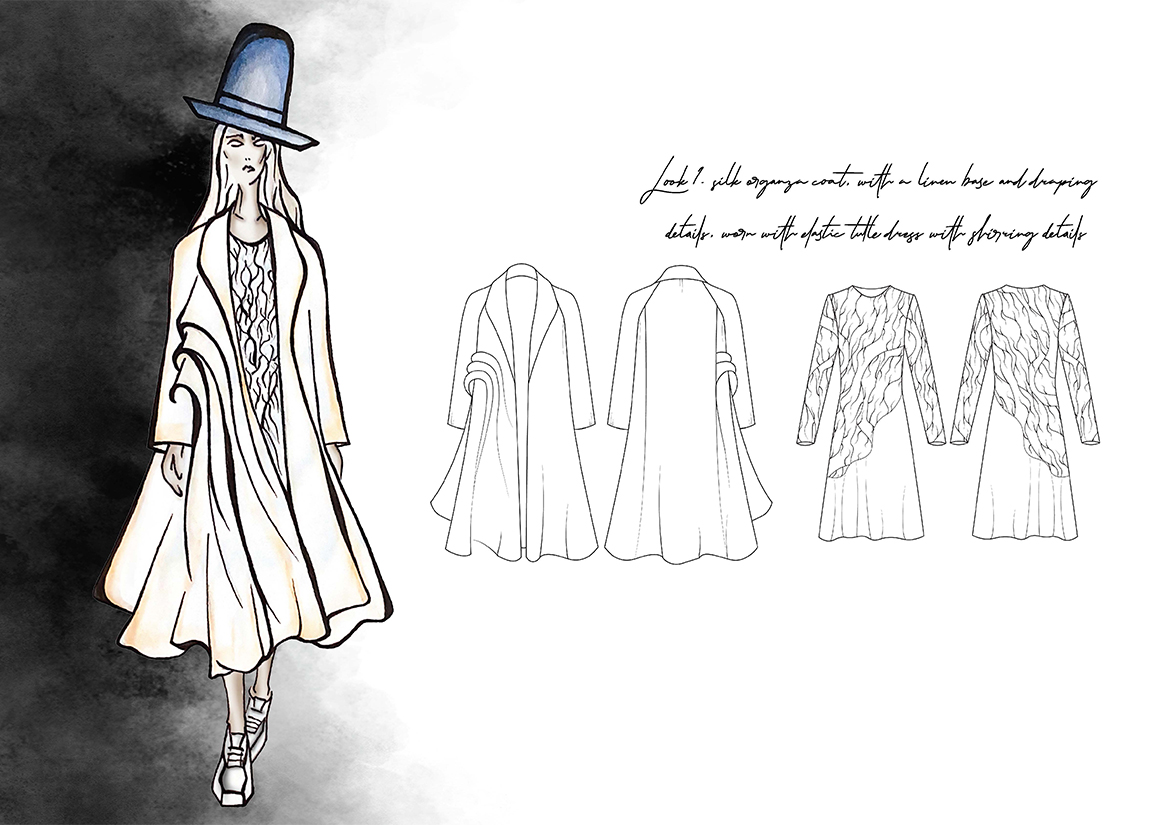 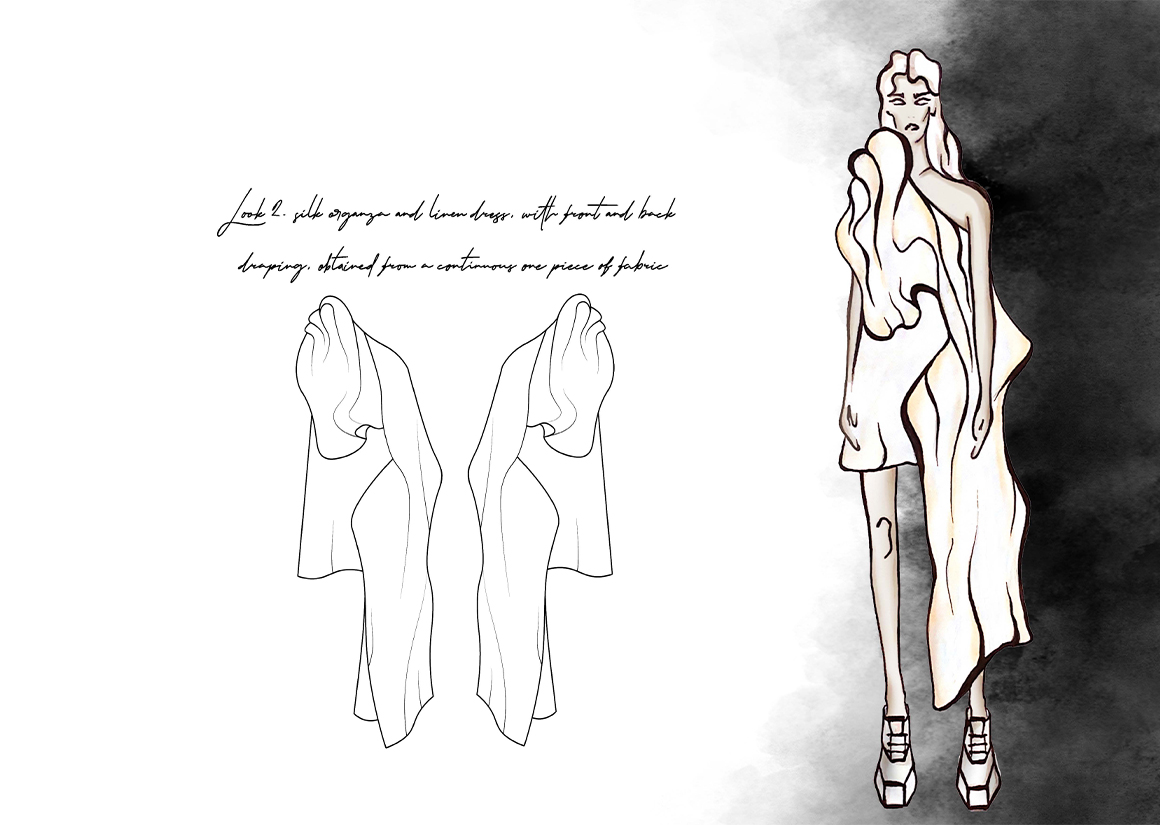 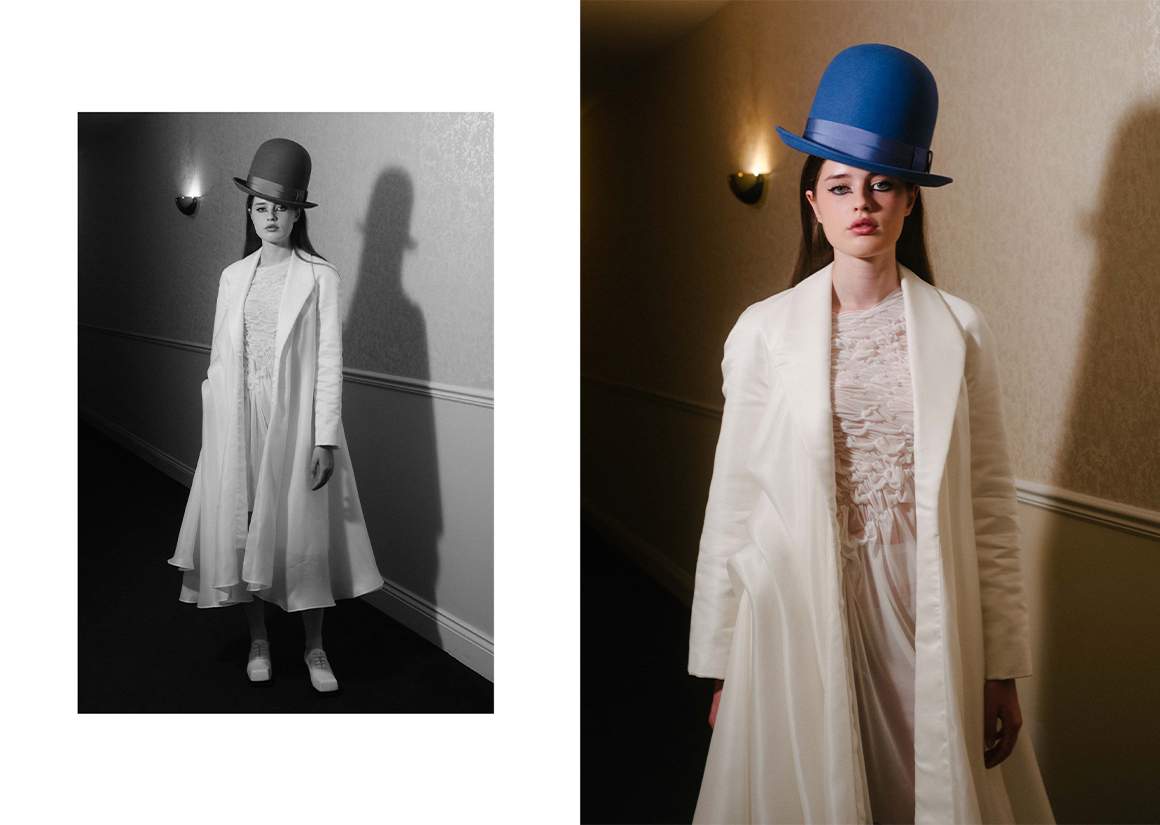 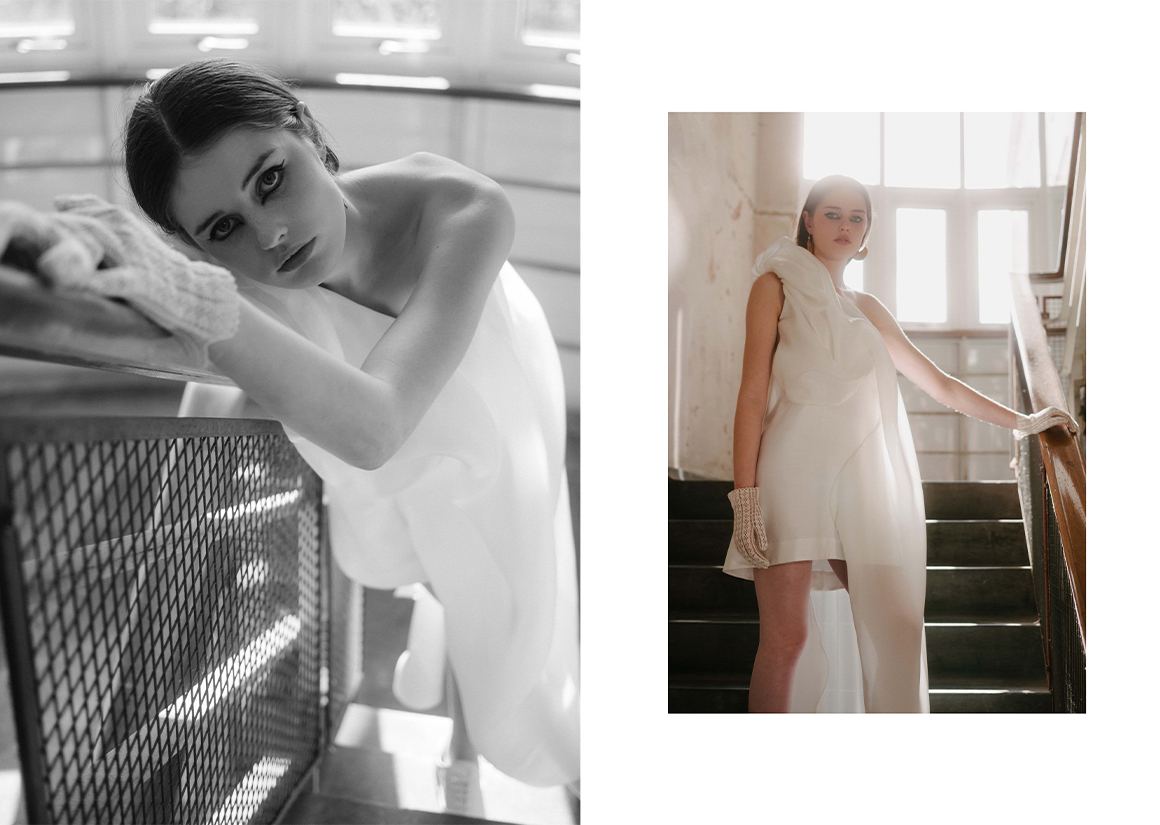 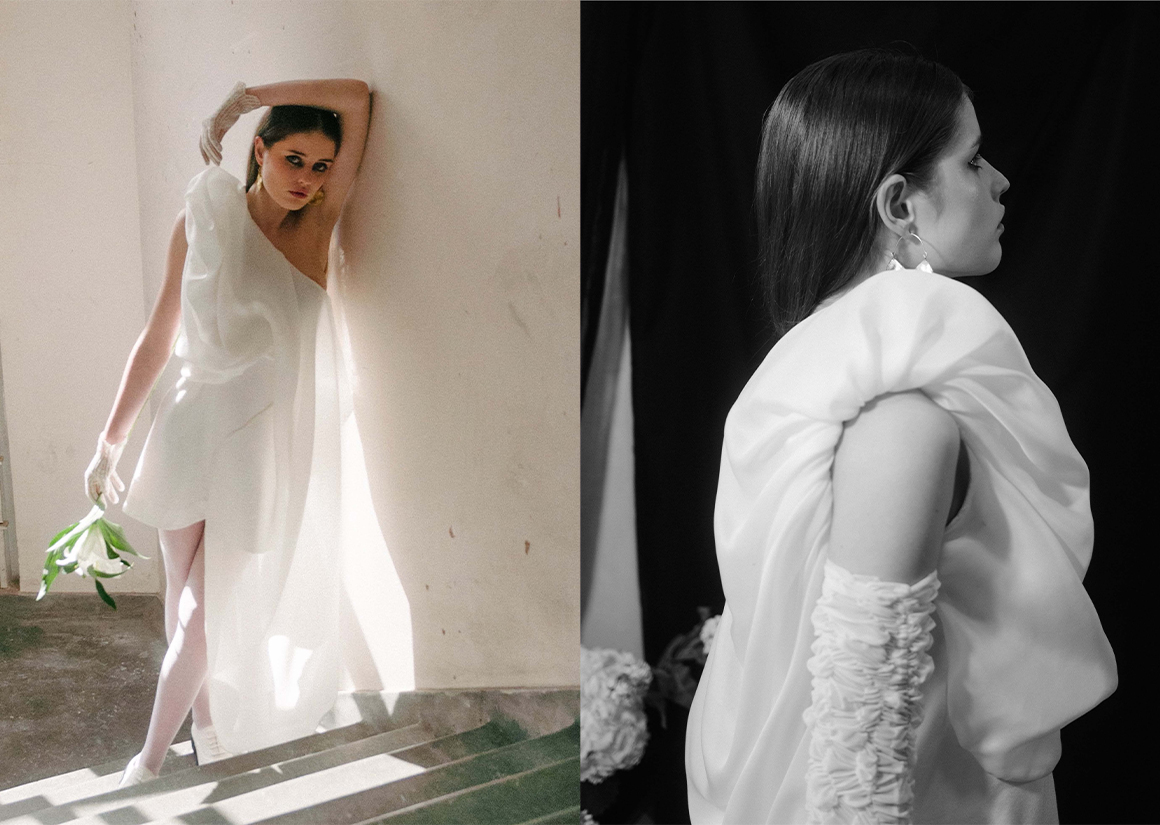 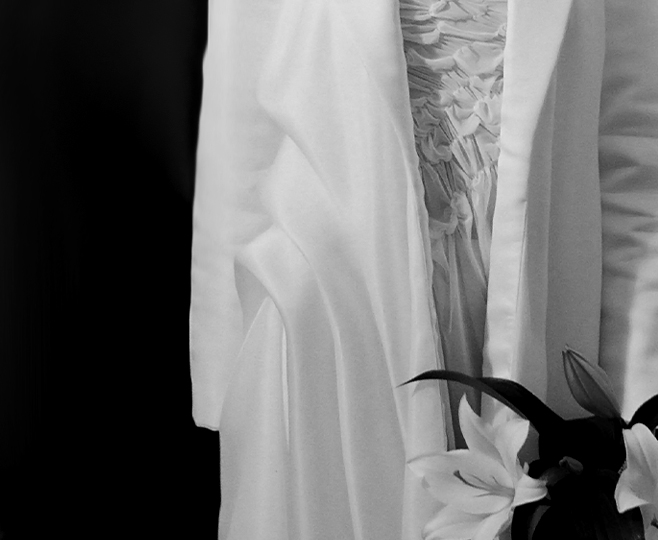 The shapes were cut and draped following the outline of Henry Moore's sculpture.

Inspired by the sculptures created by the artists mentioned above and their method of leaving gaps where things should be - I tried to convey their rounded shapes by cutting a large piece of organza, following the exact outline of one of Henry Moore's sculptures. Then, I draped it on the stand as a continuous pattern piece and started to place the volumes created on different parts of the body, in order to obtain various silhouettes. The final folds are hand tacked on a linen base. The asymmetrical, fluid shapes are combined with the idea of graphic lines - translated into a series of fabric manipulation developments, out of which the shirring technique was chosen to be used on the final pieces. The fabric range is blending different weights and textures in shades of white, varying from natural, raw-finished linen to precious silk organza.

'...there was a furious struggle to rise heavenward and for long years I have been carving flights. I don’t sculpt birds, but their essence, their spirit…the soar, the flight...' - Constantin Brâncuși