My work often finds inspiration in arts and culture, especially theatre, dance and cinema. I believe fashion is about human beings, so everything that relates to humans and relationships between them is a source of inspiration to me. In fact while I love my work to be personal and spontaneous I also think that it should always be political and speak to people.

I think fashion is a powerful tool of resistance, because it’s widely tangible and very visual, everyone has access to it and in one way or another it reaches people in a more direct way compared to other forms of art and expression. My message with this collection lies in the concept of encounters between human beings, between men and women, between contraries; mainly the idea of bringing together opposites and how, sometimes, between these oppositions lies the odd beauty of the world.

My BA collection is inspired by contemporary dance, movement and the idea of fusion between garments

The collection RENCONTRES begins with my fascination for the choreographer Pina Bausch. My inspiration comes from her plays and the use she makes of the costumes. I was impressed by the fact that the members of her company could dance wearing tailored suits, so I decided to explore this idea of how suits and tailored structured garments can change when they are in movement. The collection talks about structure and movement and how these two opposite elements brought together can give life to something new

The tailoring represents the tradition, the structure and, of course, the masculinity. While the dance represents the femininity, it represents the the living energy of women. These two opposite forces brought together create a rupture that gives space to a new life, a new vision. The deconstruction of the traditional elements and the introduction of a more chaotic and colorful energy brings to life an unexpected form of beauty. 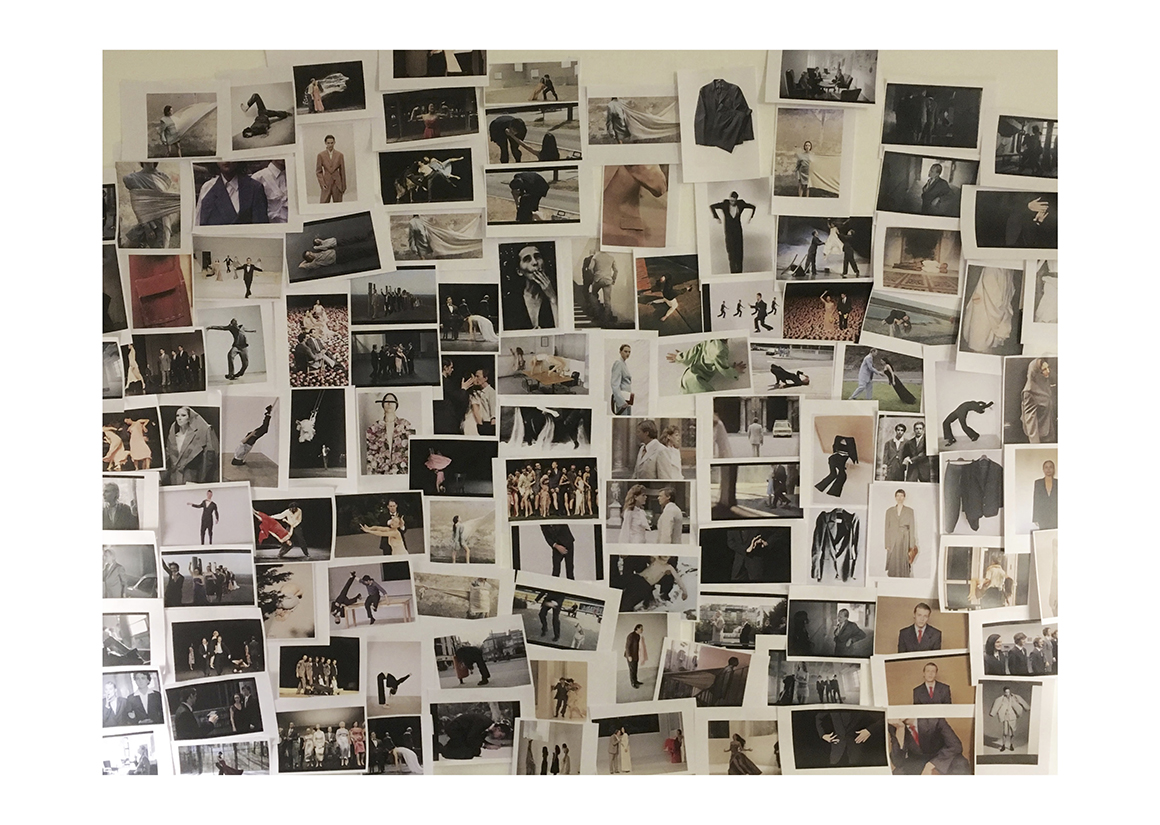 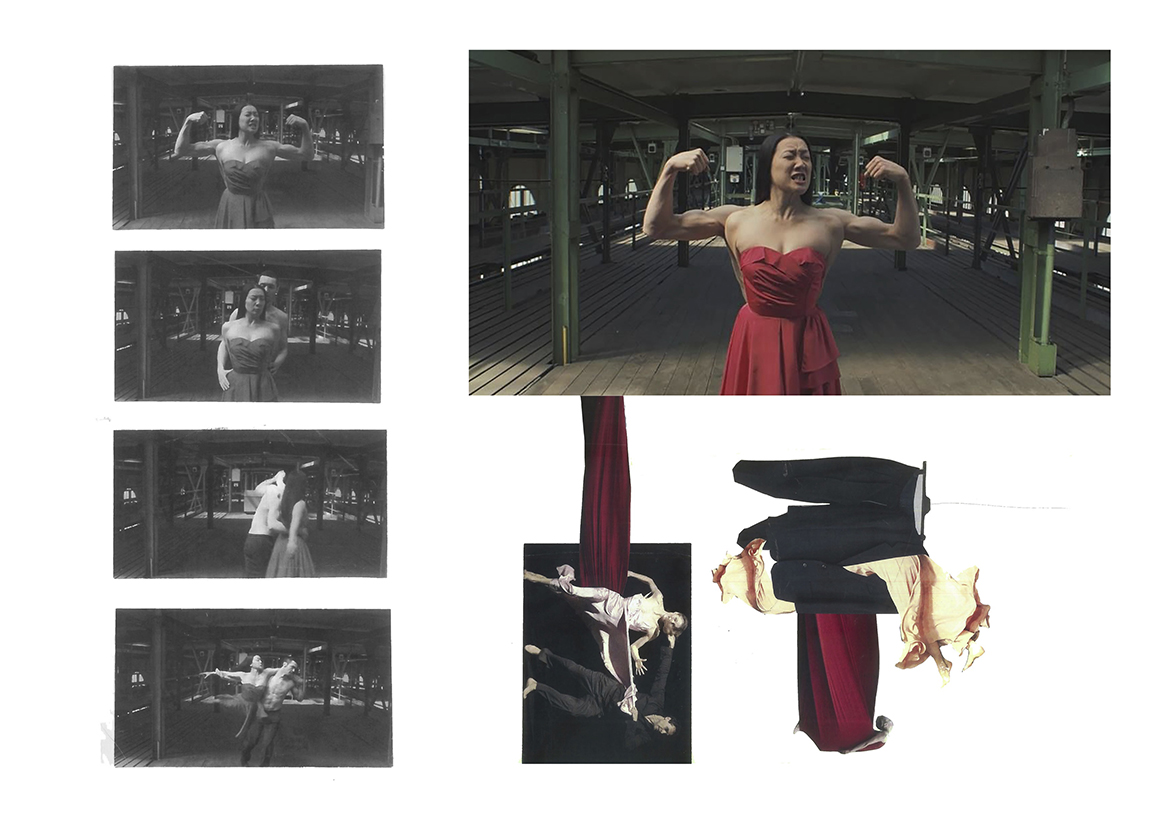 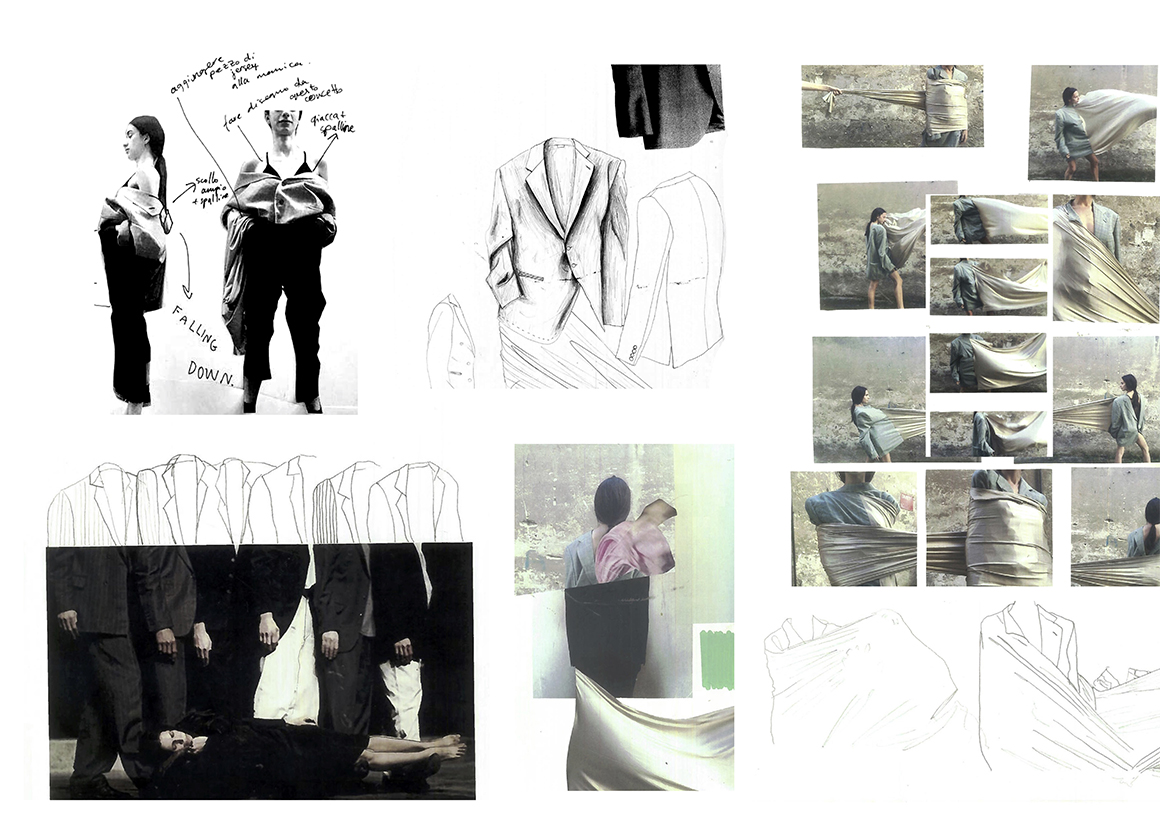 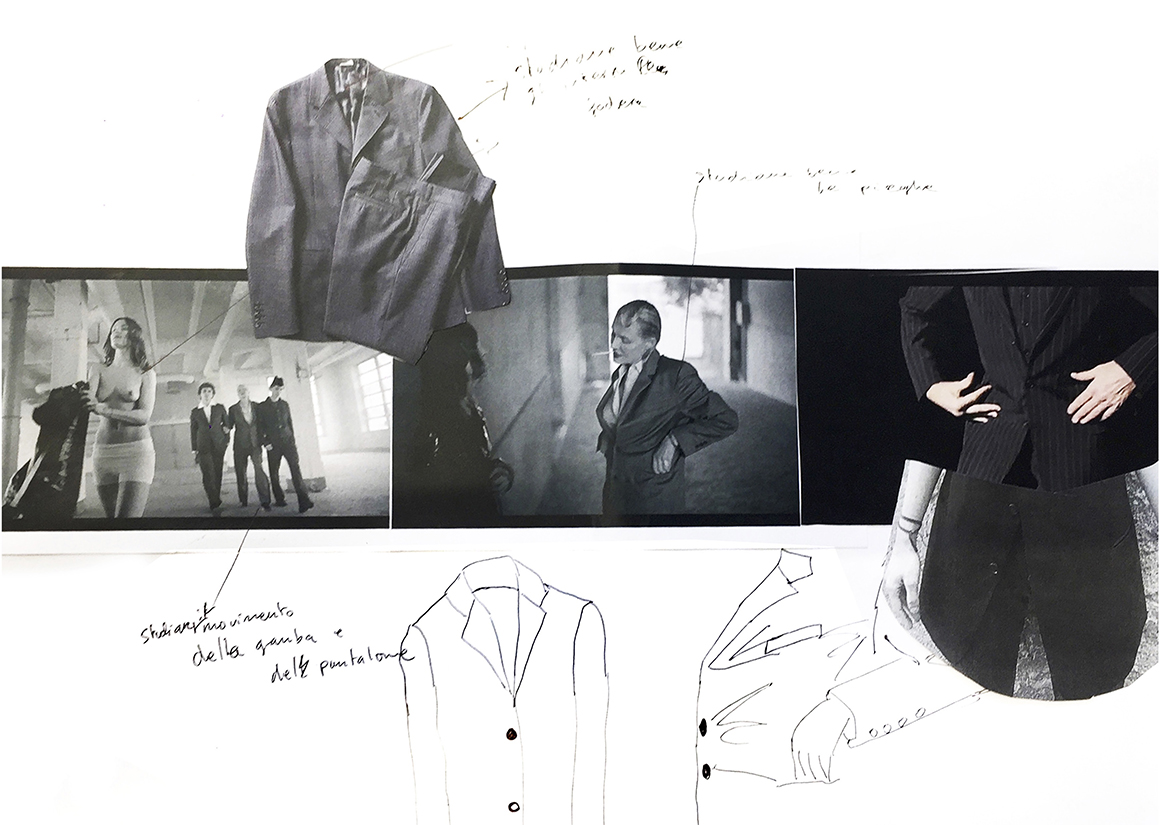 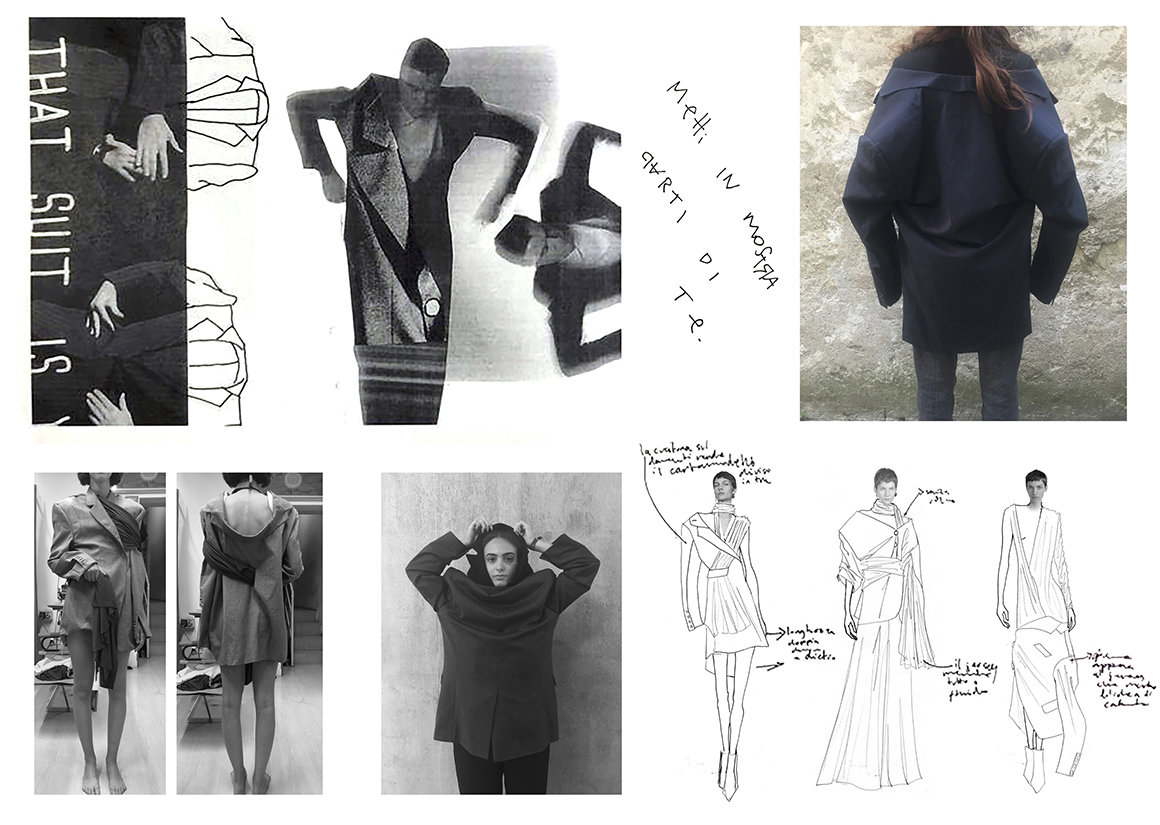 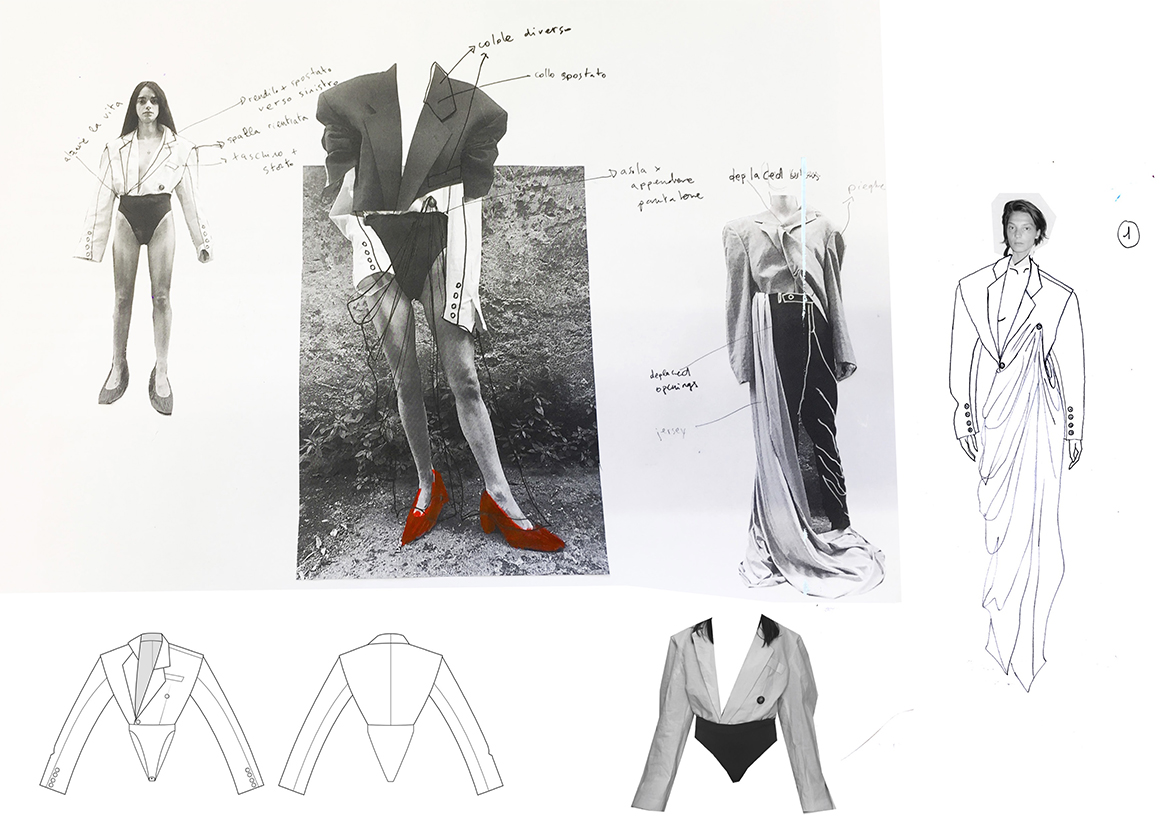 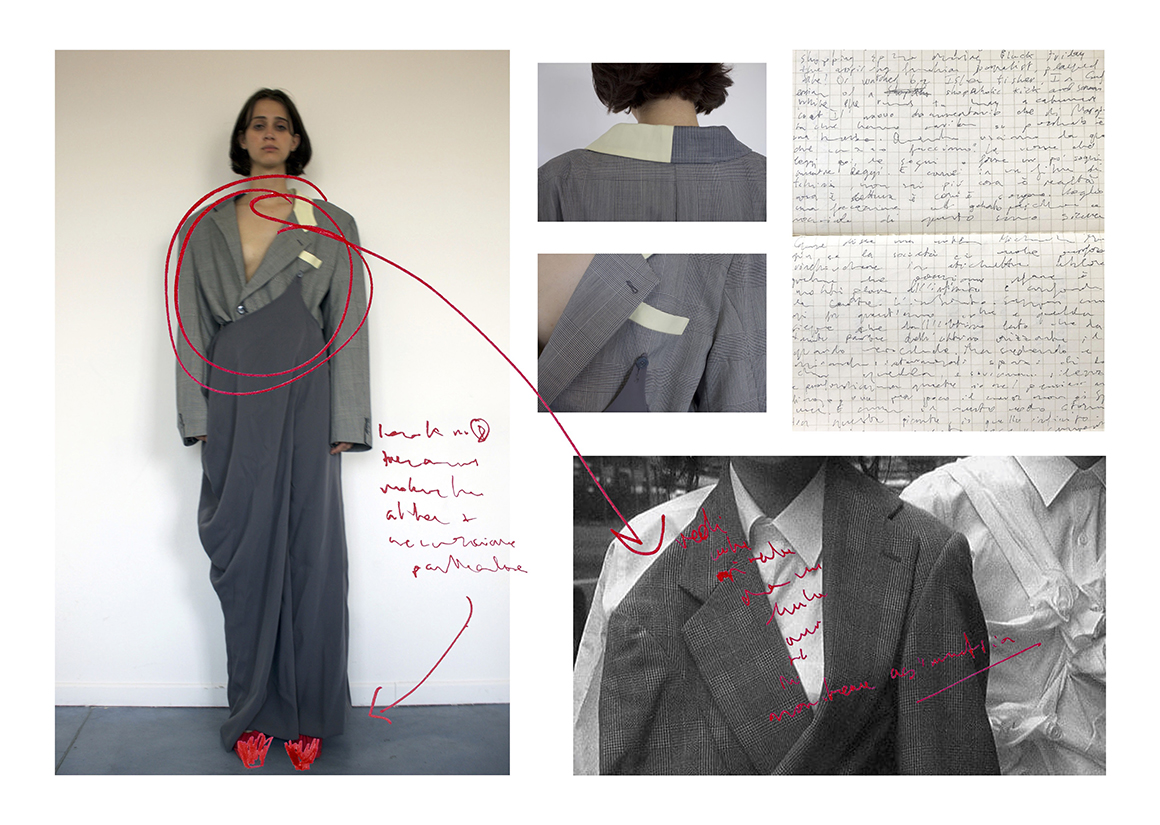 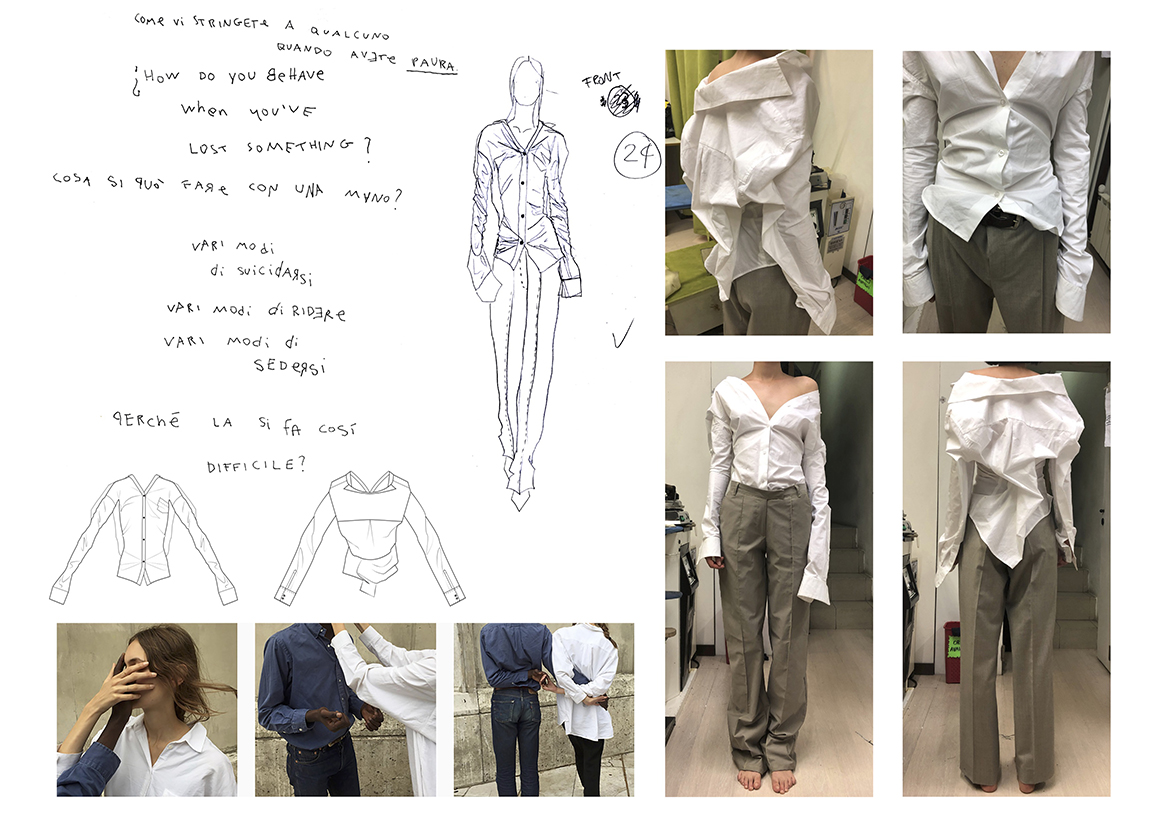 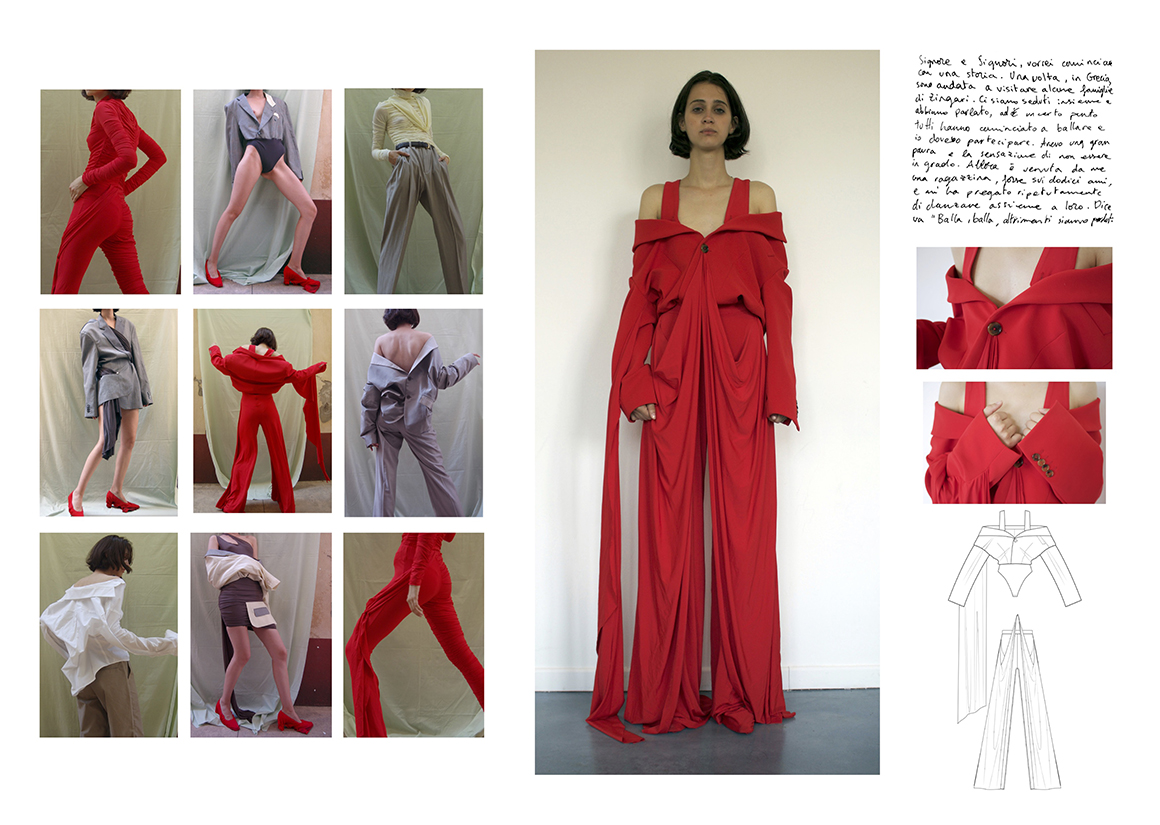 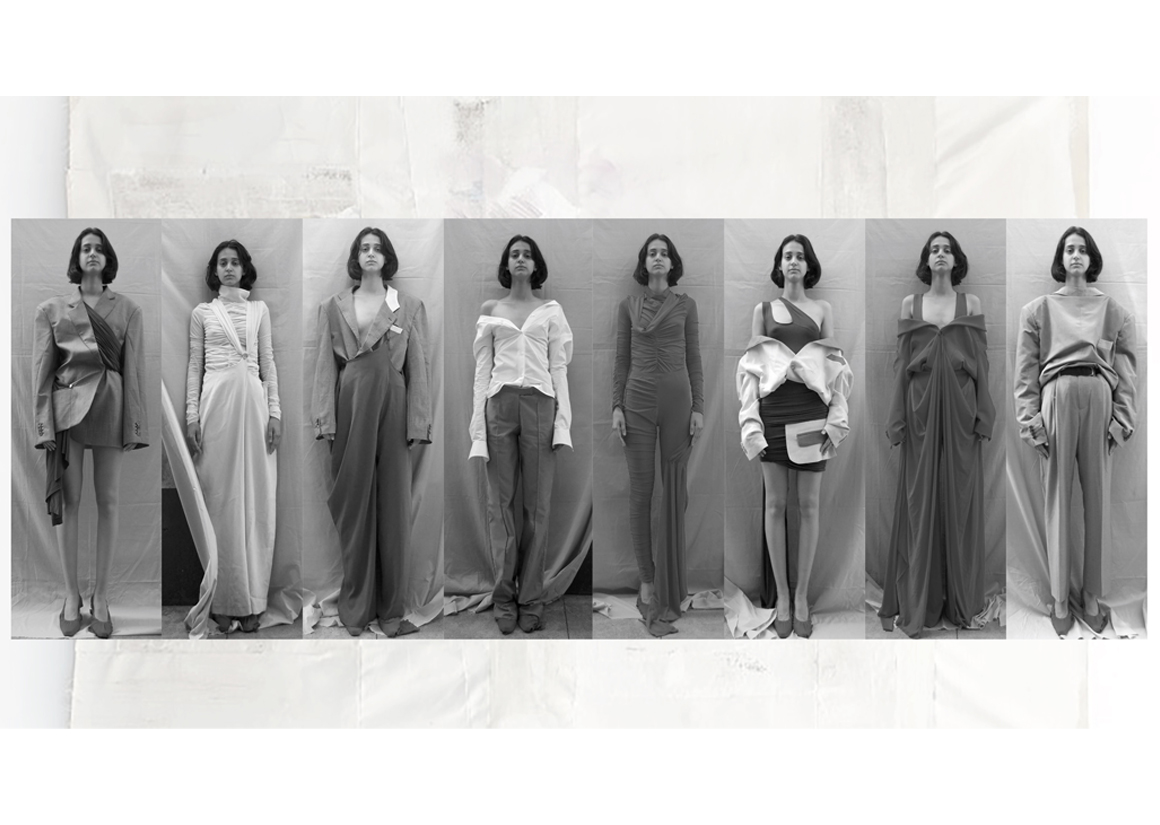 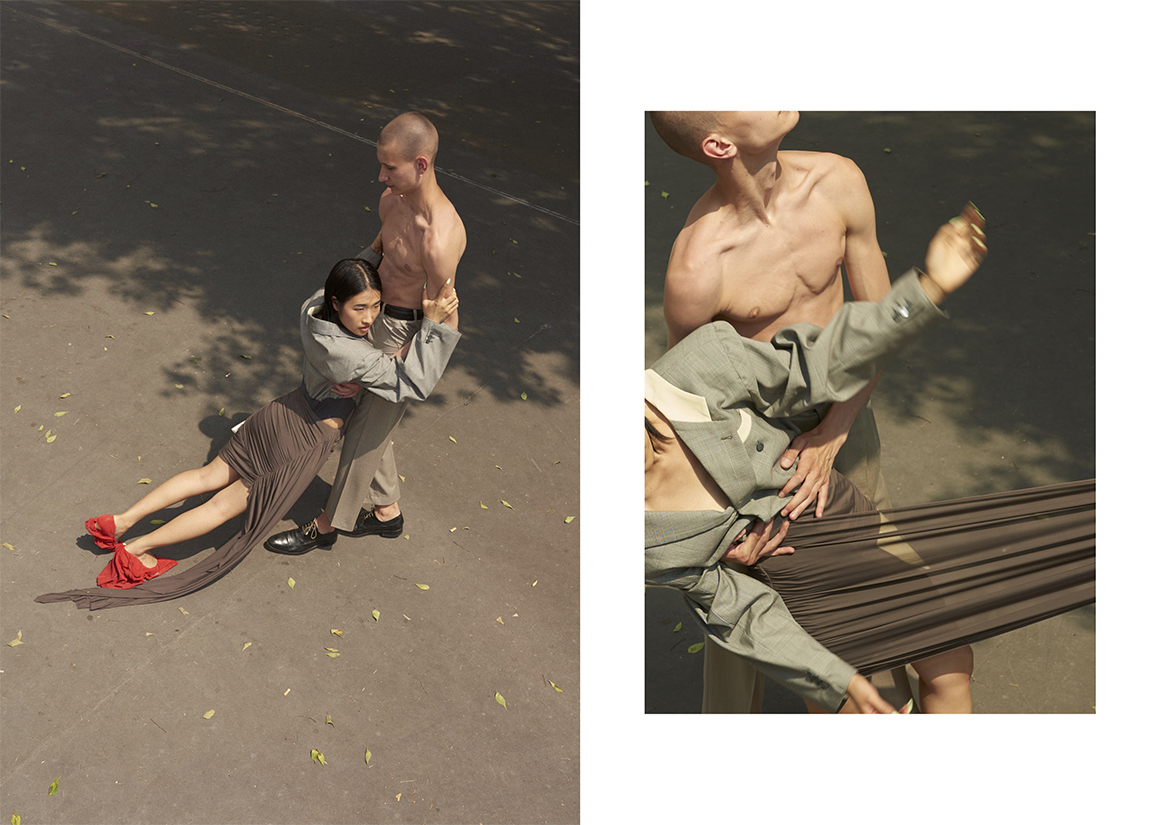 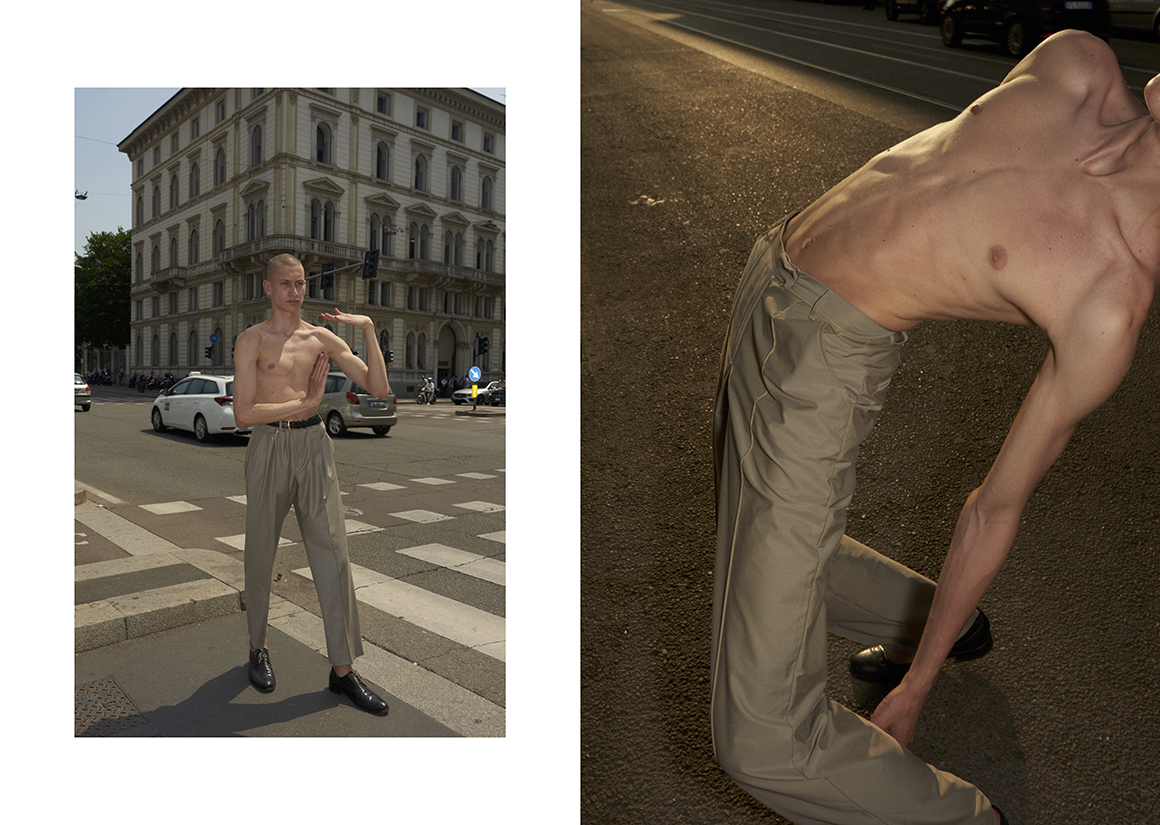 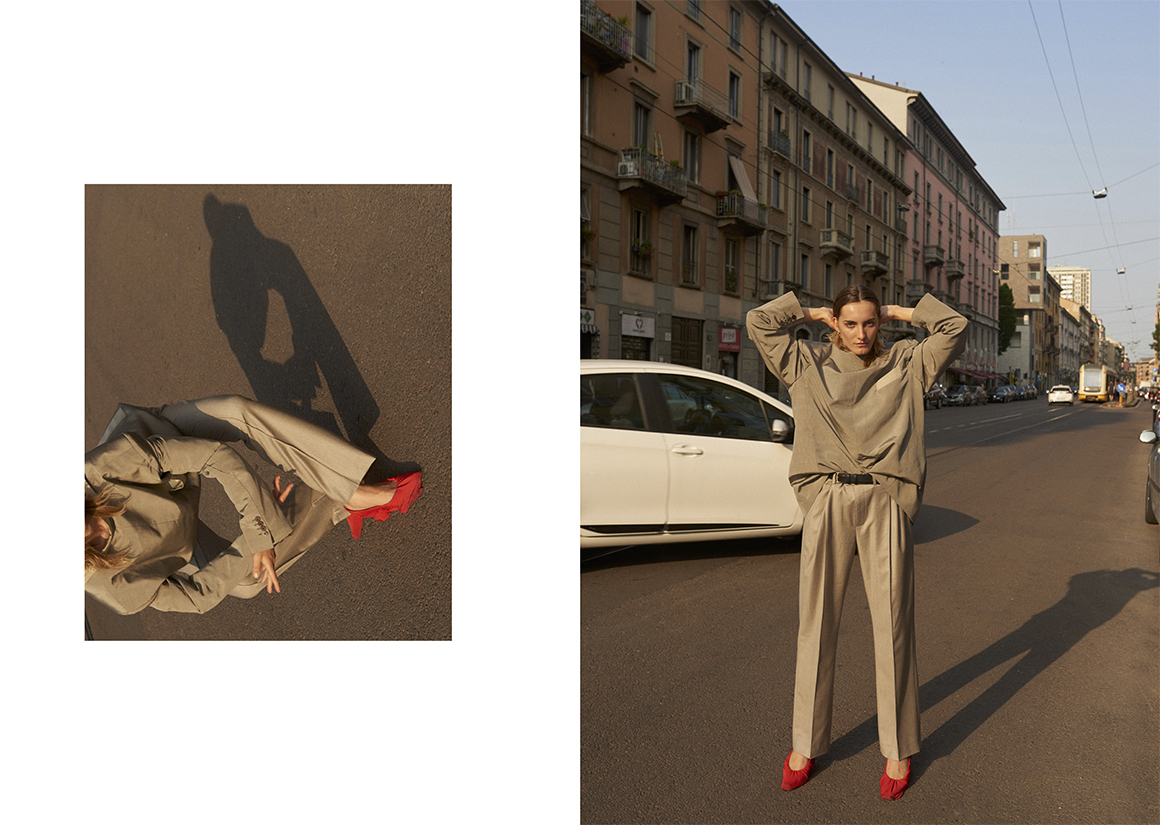 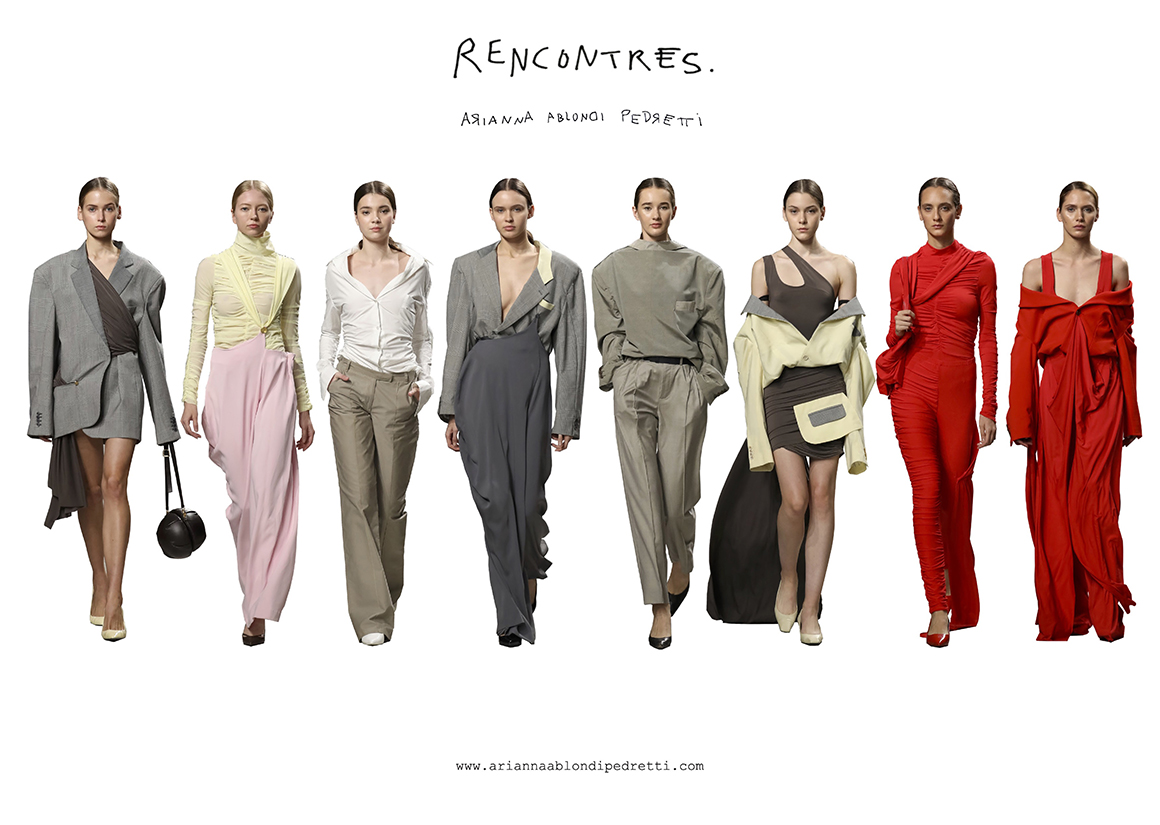 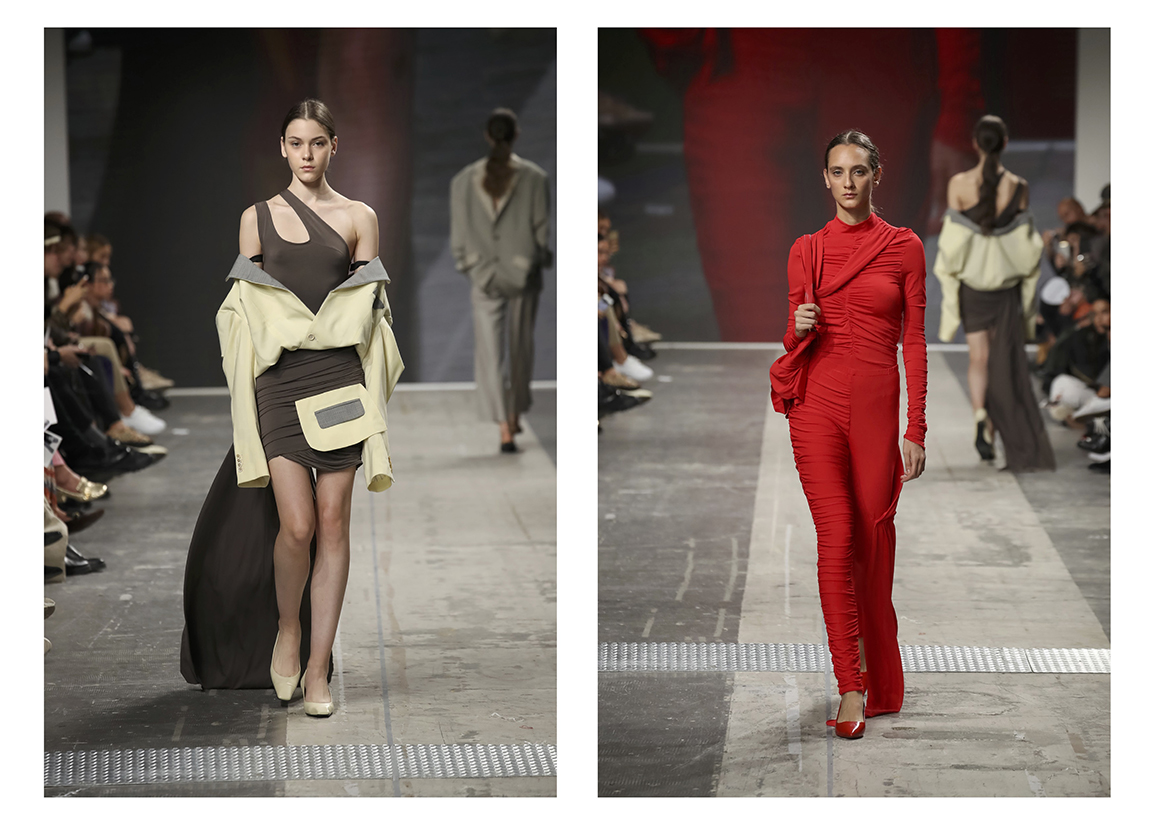 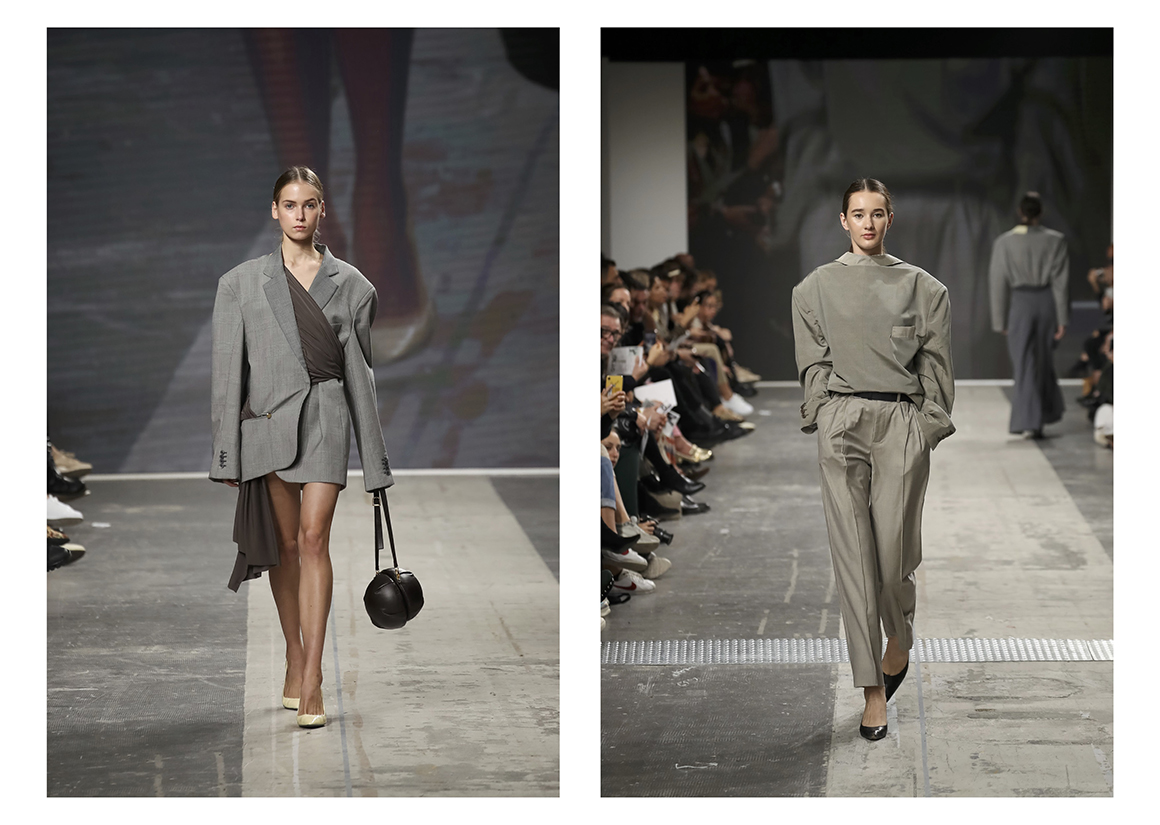 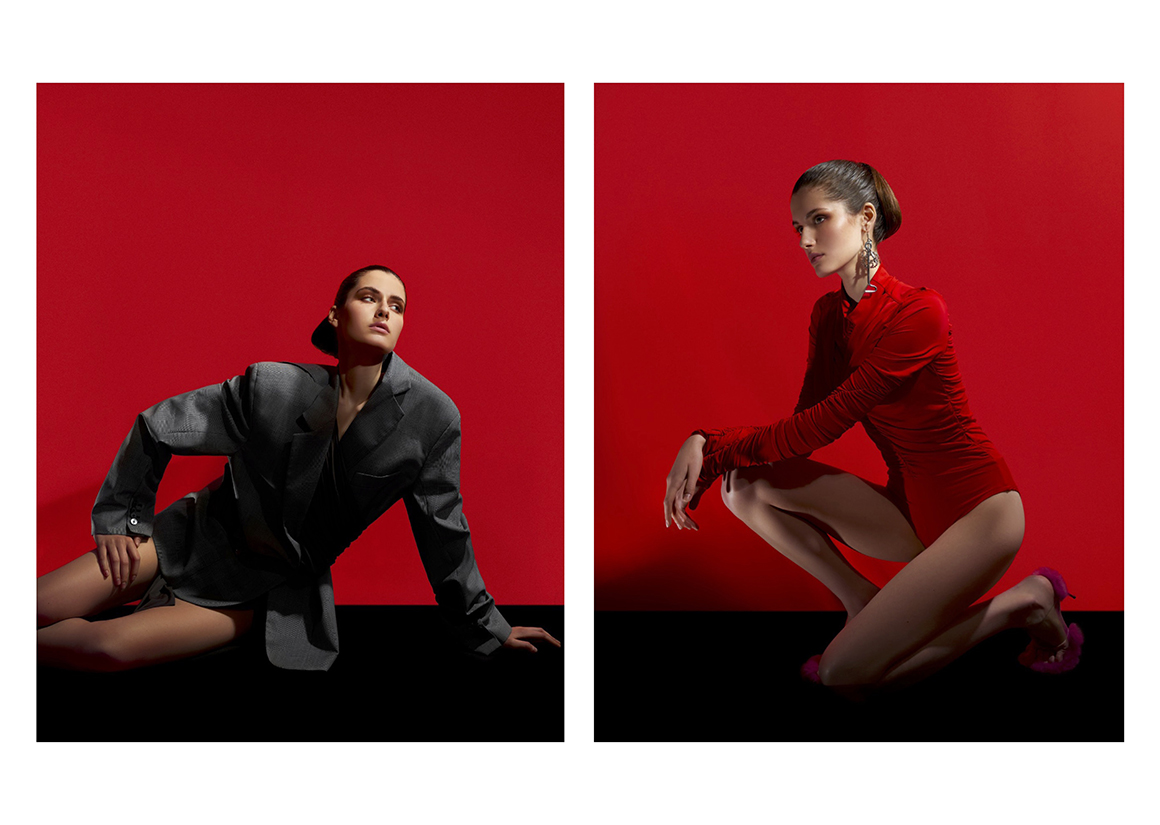 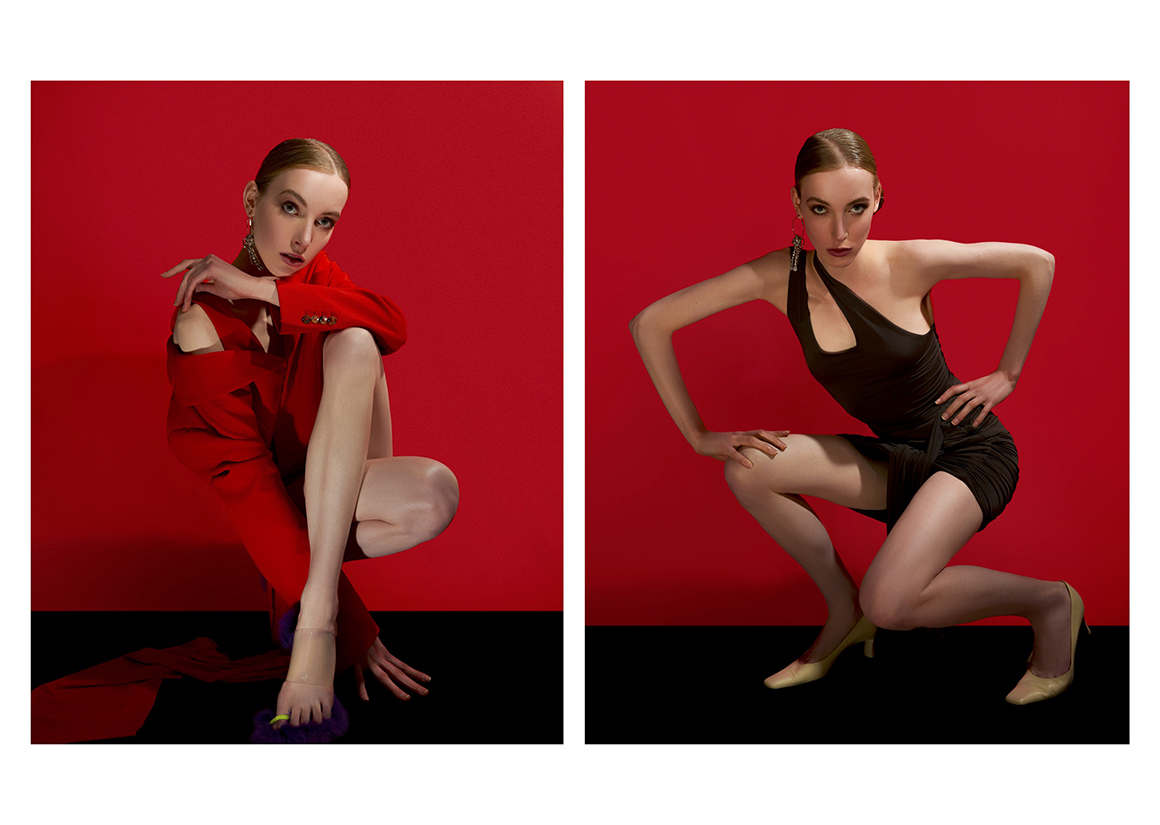 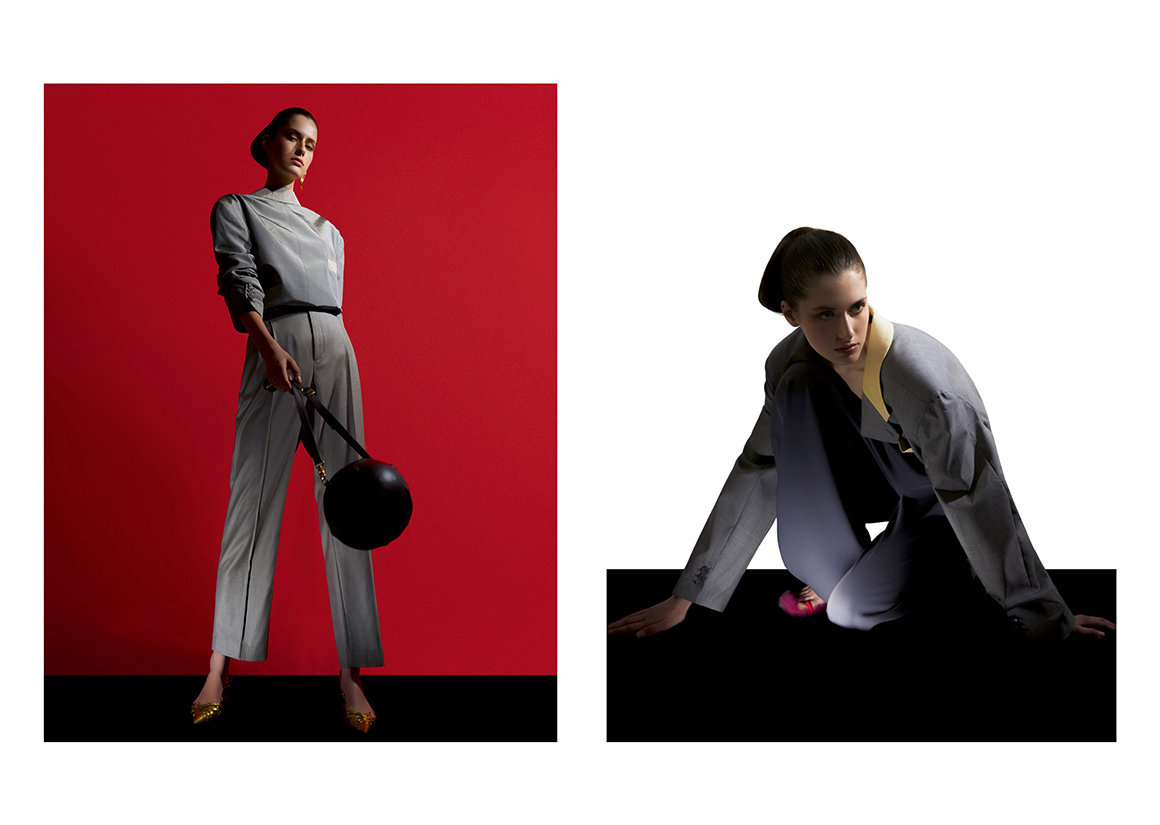 The process was based on the idea of moving the pieces around the body, reproducing a form of dance.

The toiles of the collection are all based on garments found in markets and vintage stores that I then used to create a sense of movement around the body, cutting old suits and adding jersey to them, turning them around, creating a dance with the pieces on a static mannequin. I had a few classic menswear garments (a suit, a pair of trousers and a white shirt) that were the starting point of the collection. From there I added the more fluid and stretchy side of the inspiration bringing in the jersey. This was a way for me to cut down waste using old garments and remnant fabrics to make the prototypes and build the collection. The dance being the starting point I transformed some of the suits into bodices, making the classical menswear more feminine and sexy.

I'm not interested in how people move, but what moves them - Pina Bausch