Norwich University of the Arts

Hi I'm Anna, a fashion graduate from Norwich University of the Arts

My graduate collection "Corpus Meum" is inspired by the duality of women; the ability to be both soft and strong. Throughout centuries of misogyny and being used as fertile machines, meant to be seen and not heard, women have resiliently found their place and society, gaining back liberation over their bodies and sexuality.

My message displayed in this collection was one of freedom- the garments are sheer and flirtatious, expressing hyper femininity, with contrasting textures using faux leather and satin, further contrasting with the hyper masculine, shibari inspired chain accessories and embellishments. The collection is size inclusive, being made to fit a size 10 and a size 16/18. This felt important for me to include, after viewing the fashion industry through plus size eyes.

Exhibitions have often been an inspiration to me creatively, but Titians "Poesie" collection, based off of Ovid's "Metamorphoses", really struck a chord with me. The way Titian painted the women he depicted, displayed such a sense of power and strength- despite them often being nude or mostly exposed. The nakedness reveals their vulnerability as women. The fabrics he painted were so fluid, they soon became initial inspiration for how I wanted the silhouettes of my garments to look and feel.

From this inspiration of Ovid's ancient Greek and Roman stories, I went on to research other ancient cultures and consequently found the ancient Chinese art of Shibari, a form of bondage/ rope tying. This form of restriction, brilliantly symbolised how women were restricted and "tied" in society, whether it be to their husbands or to patriarchal gender roles. I loved how the tying contorted the body, highlighting the curves and softness of the female body, which inspired my final silhouettes. 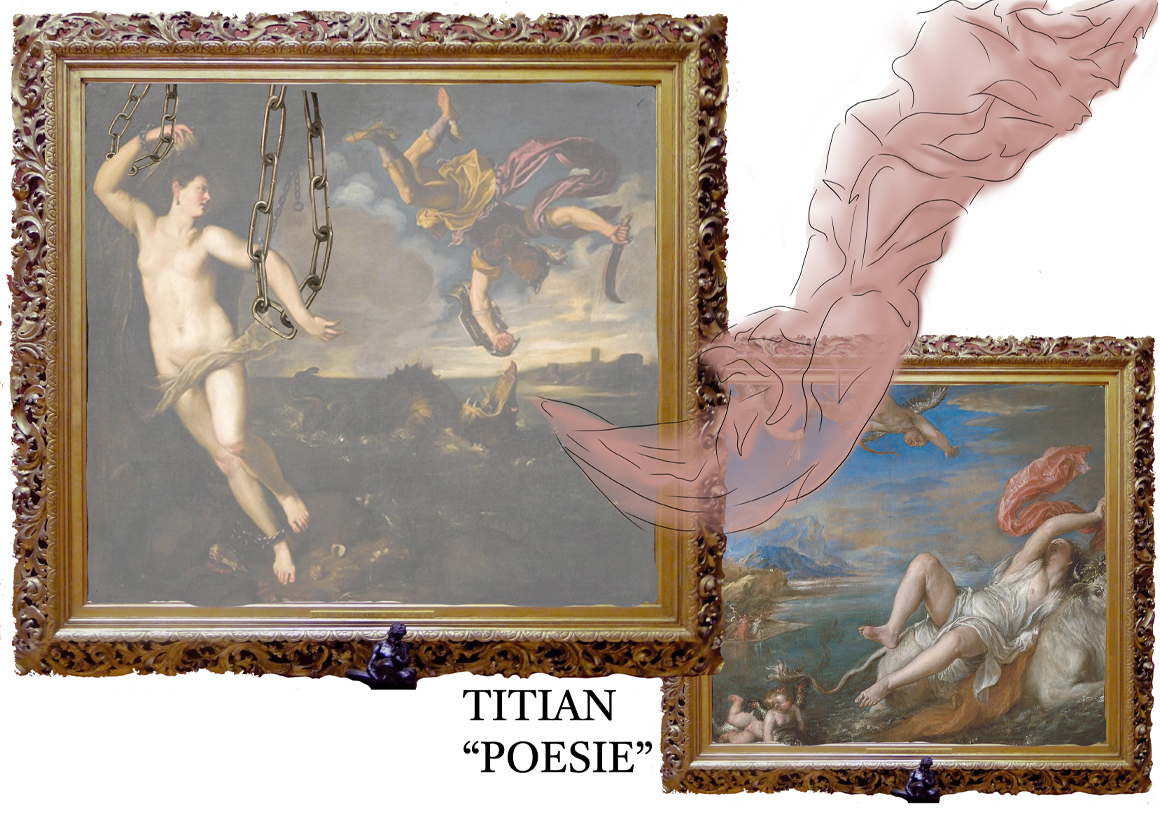 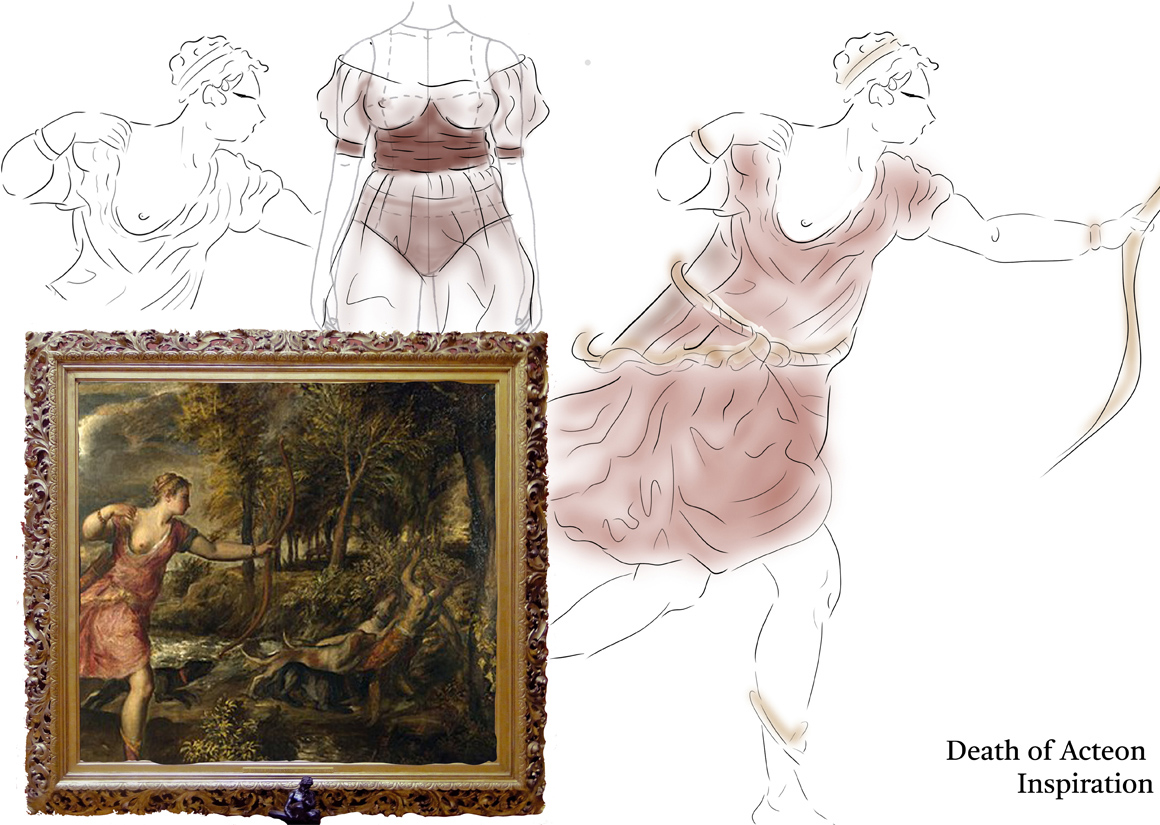 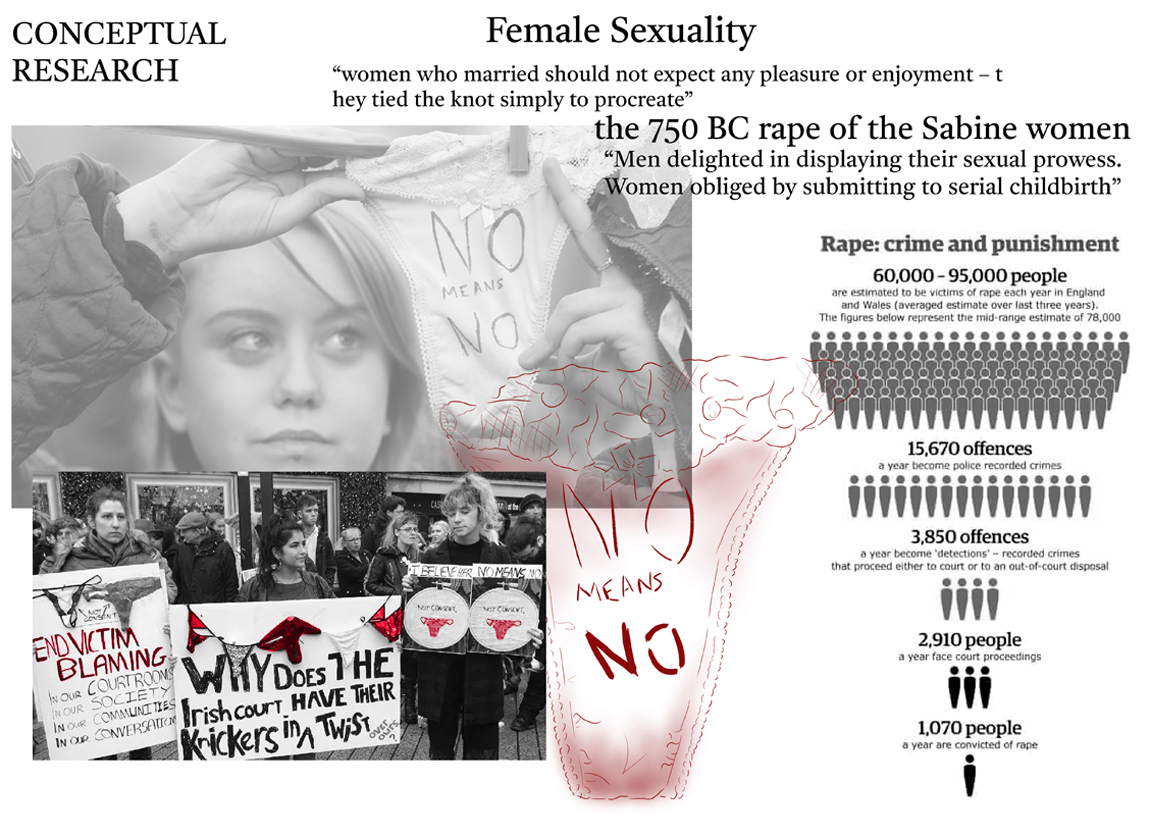 No Means No Research 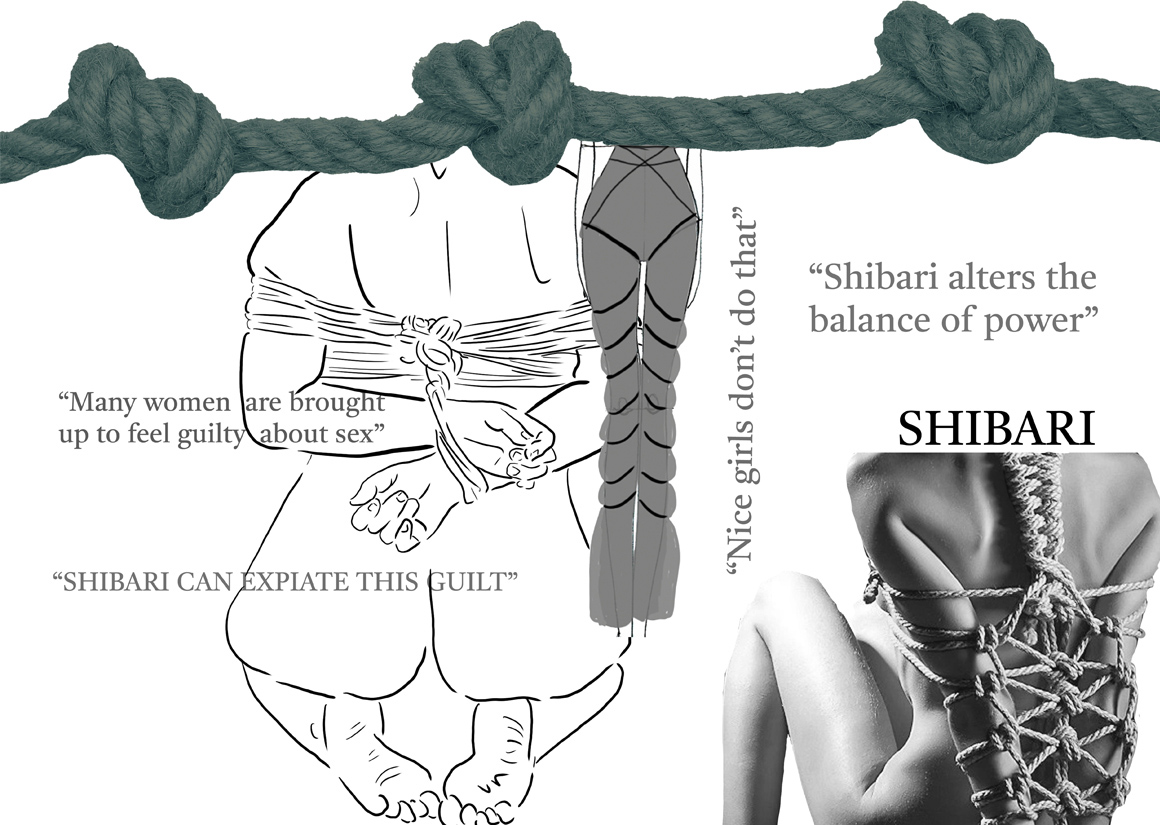 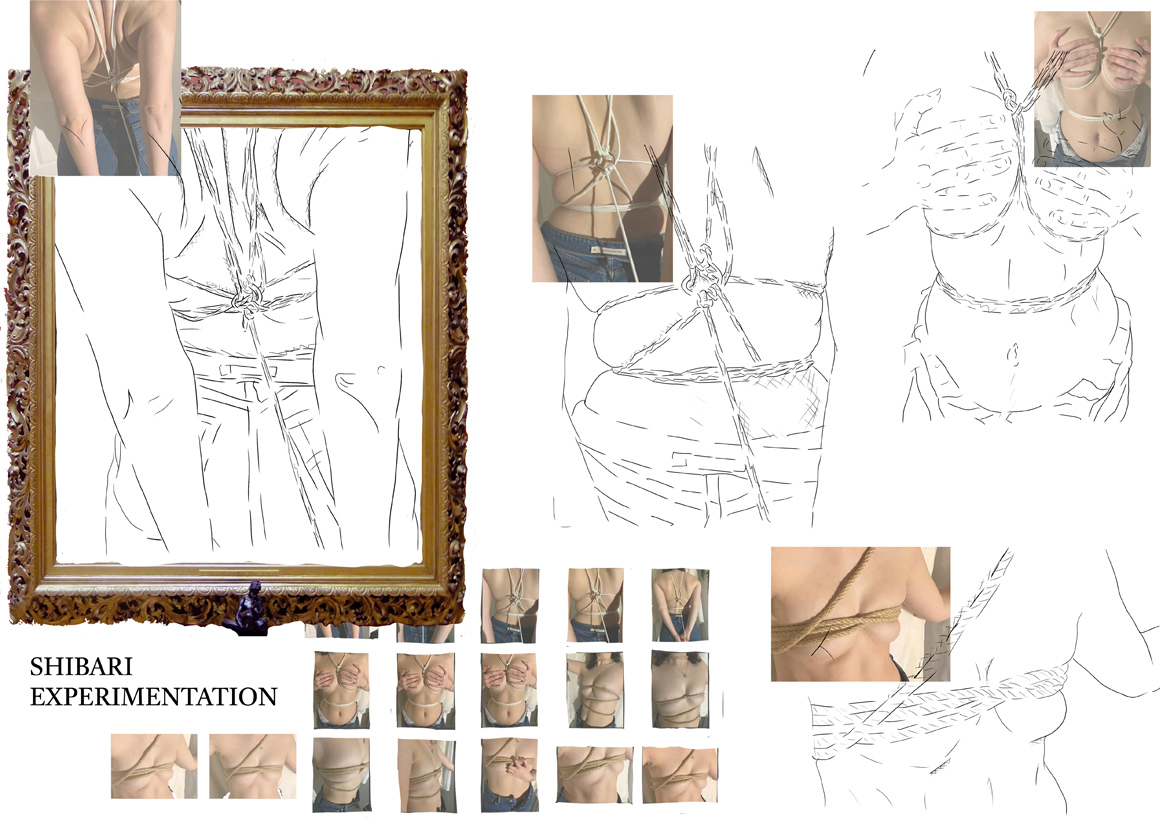 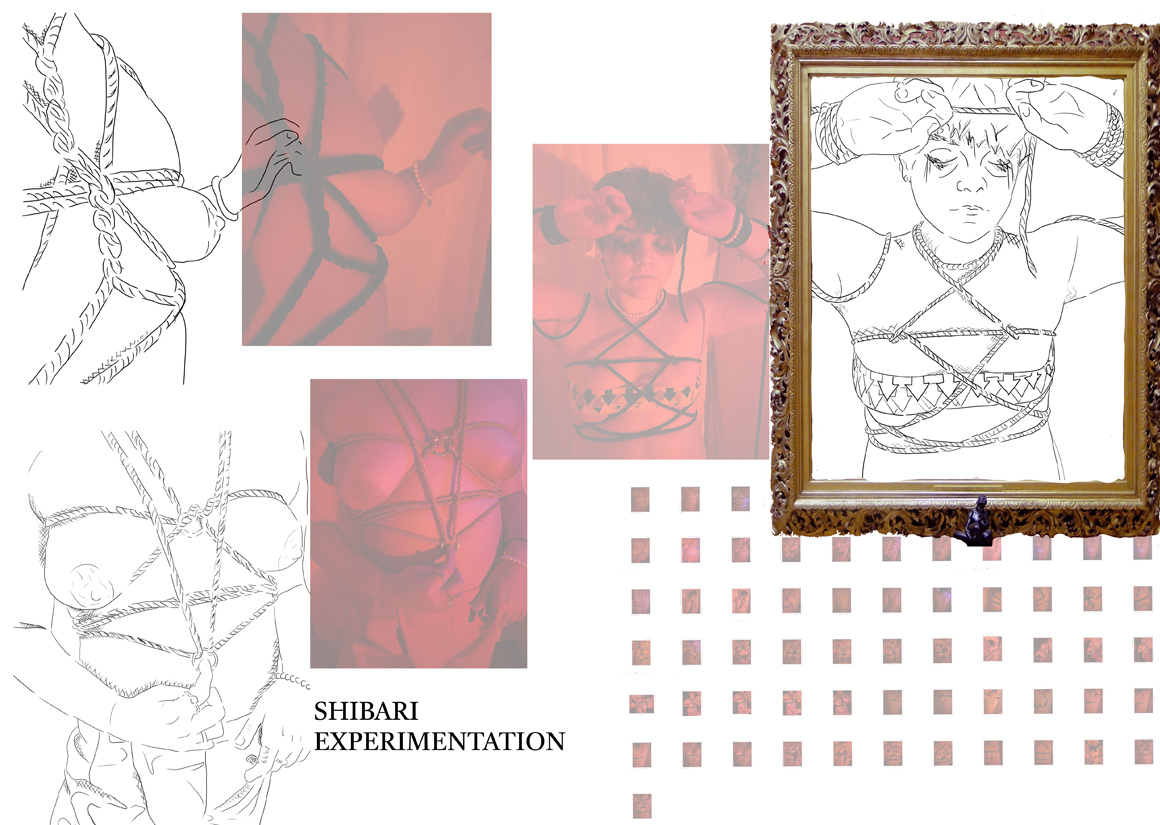 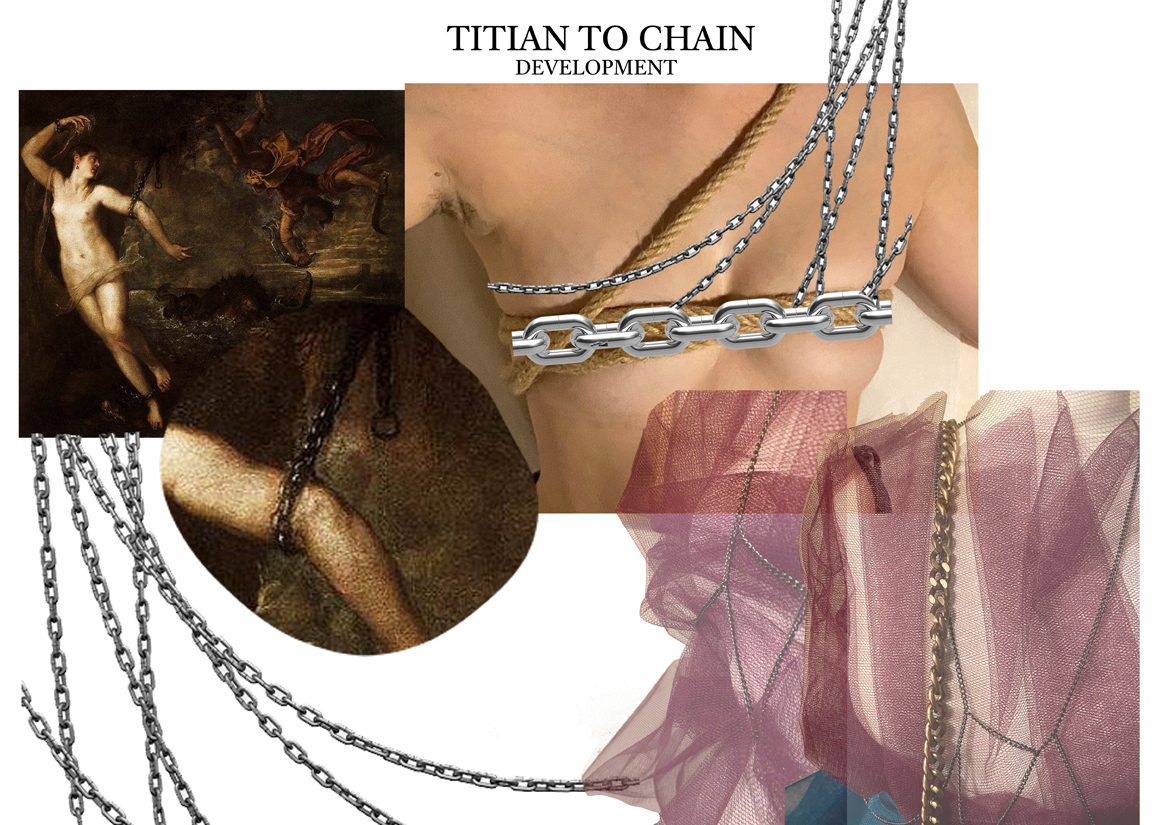 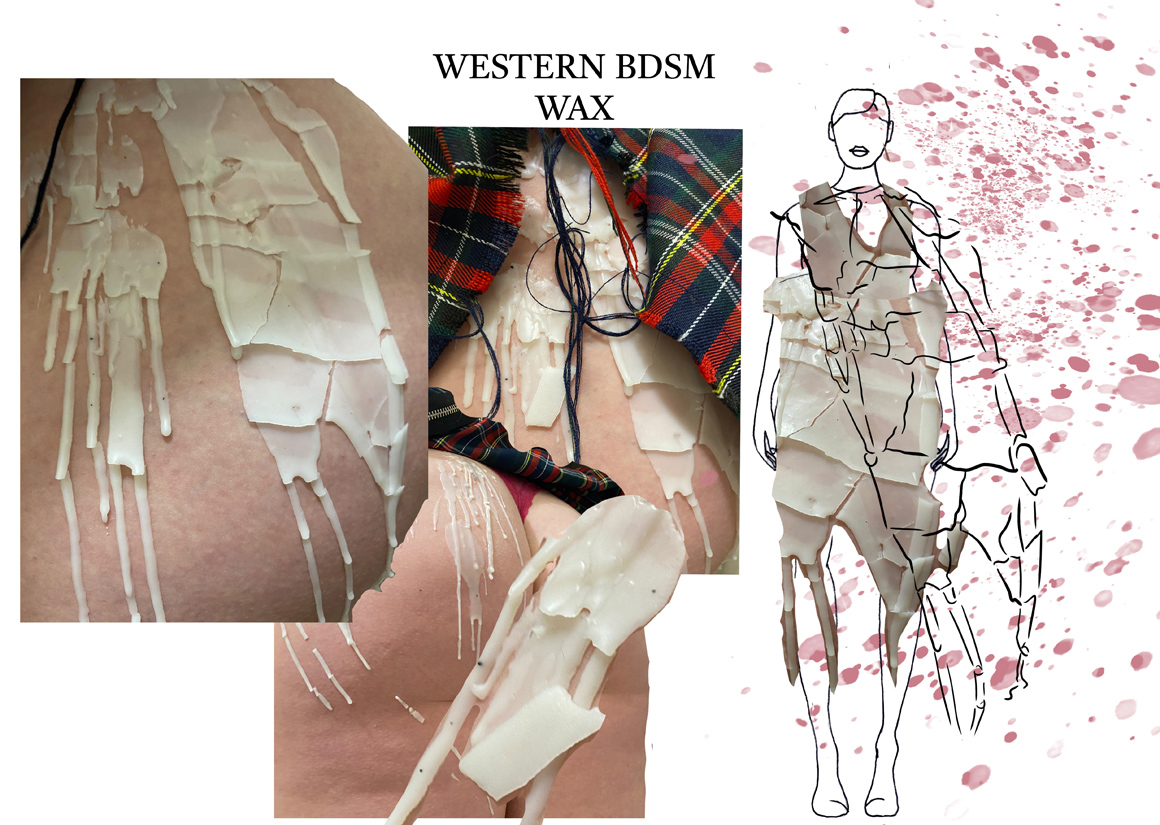 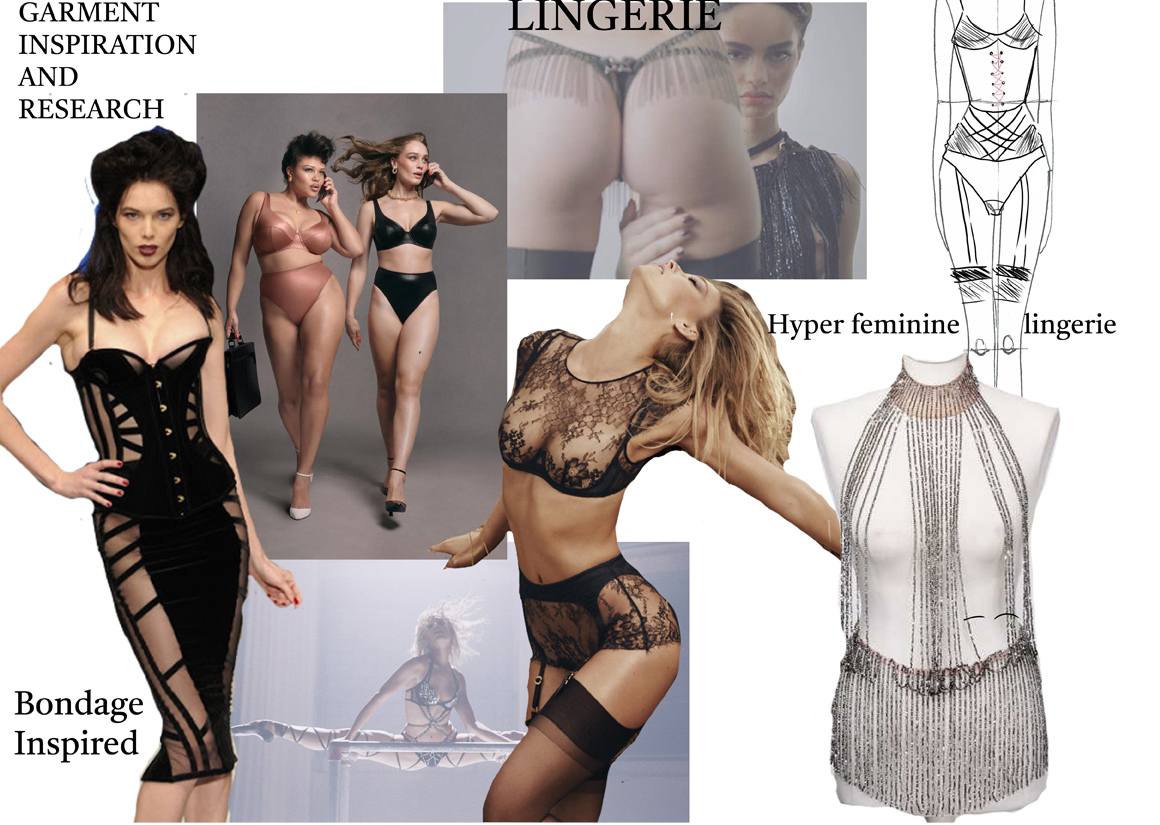 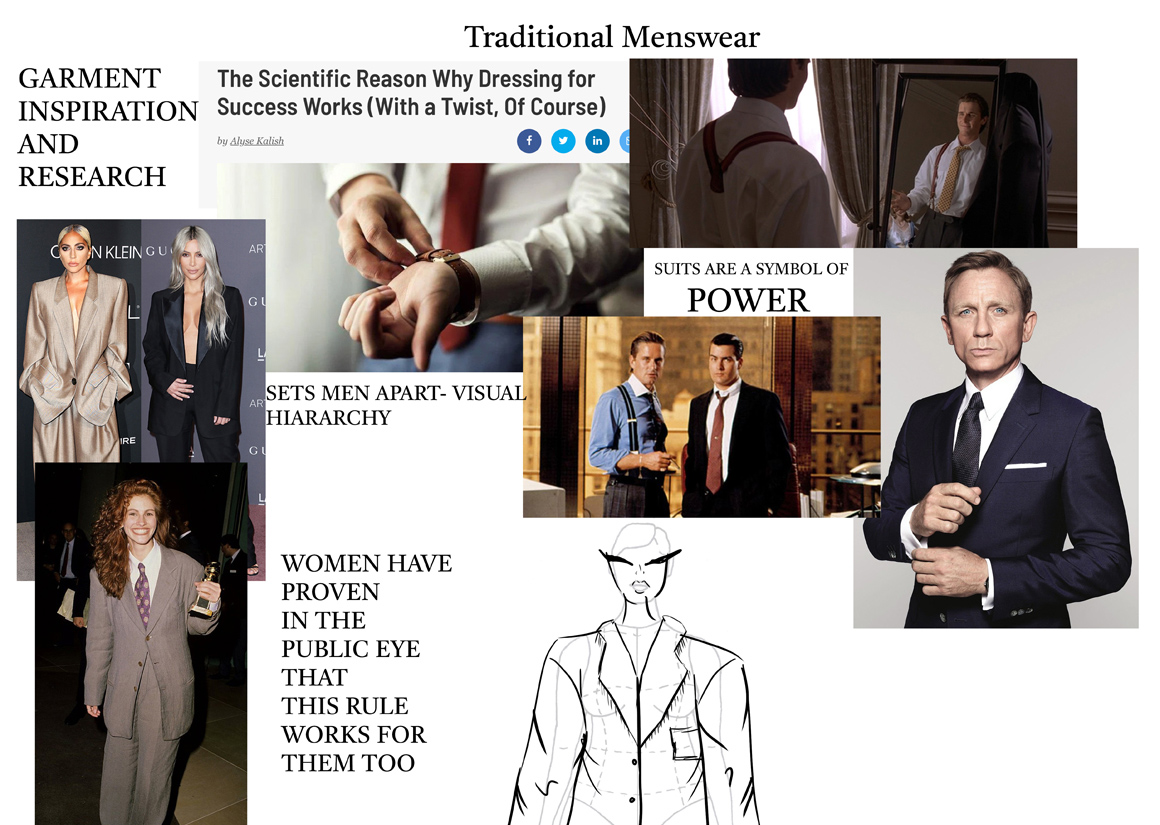 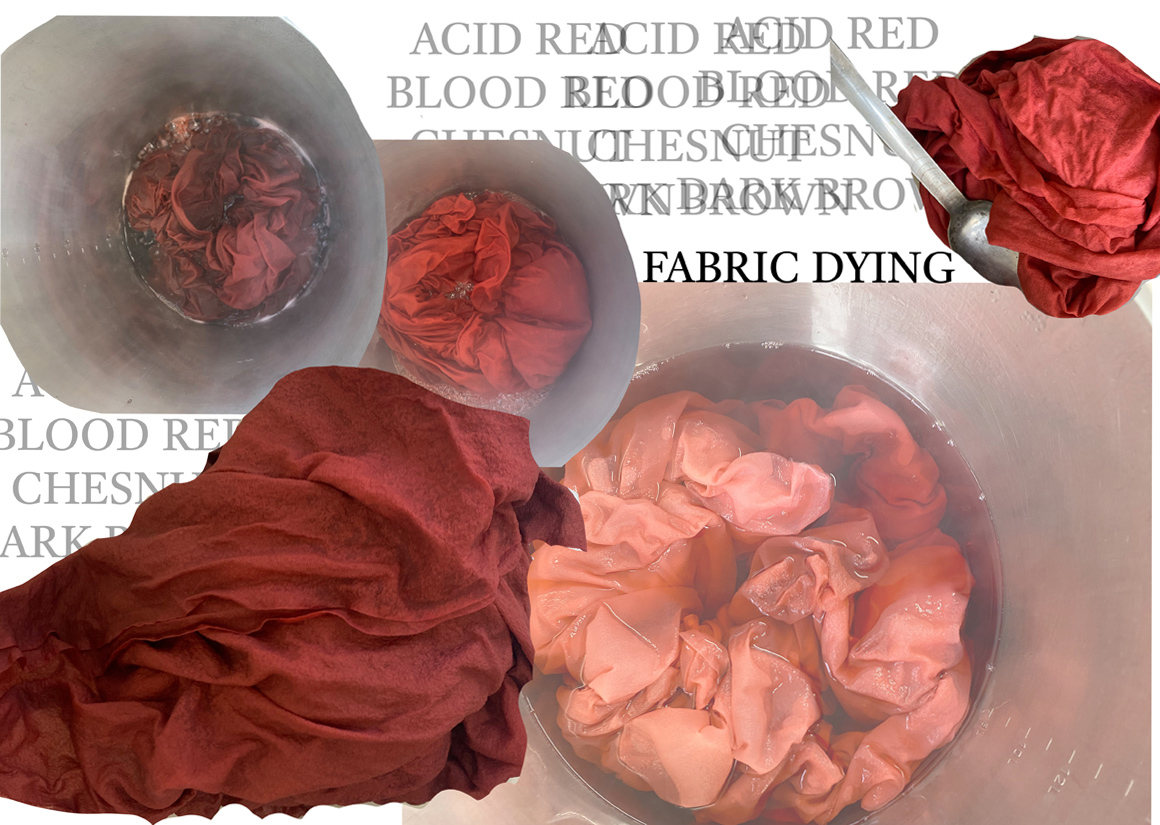 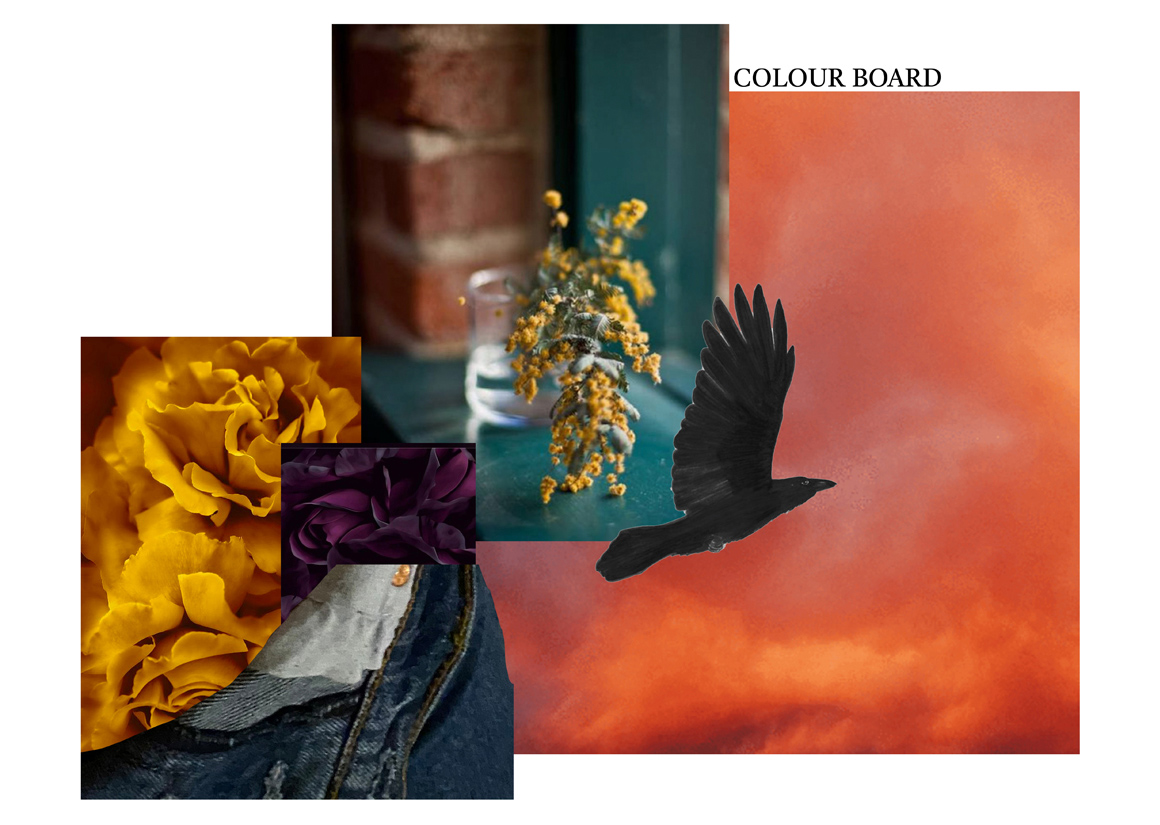 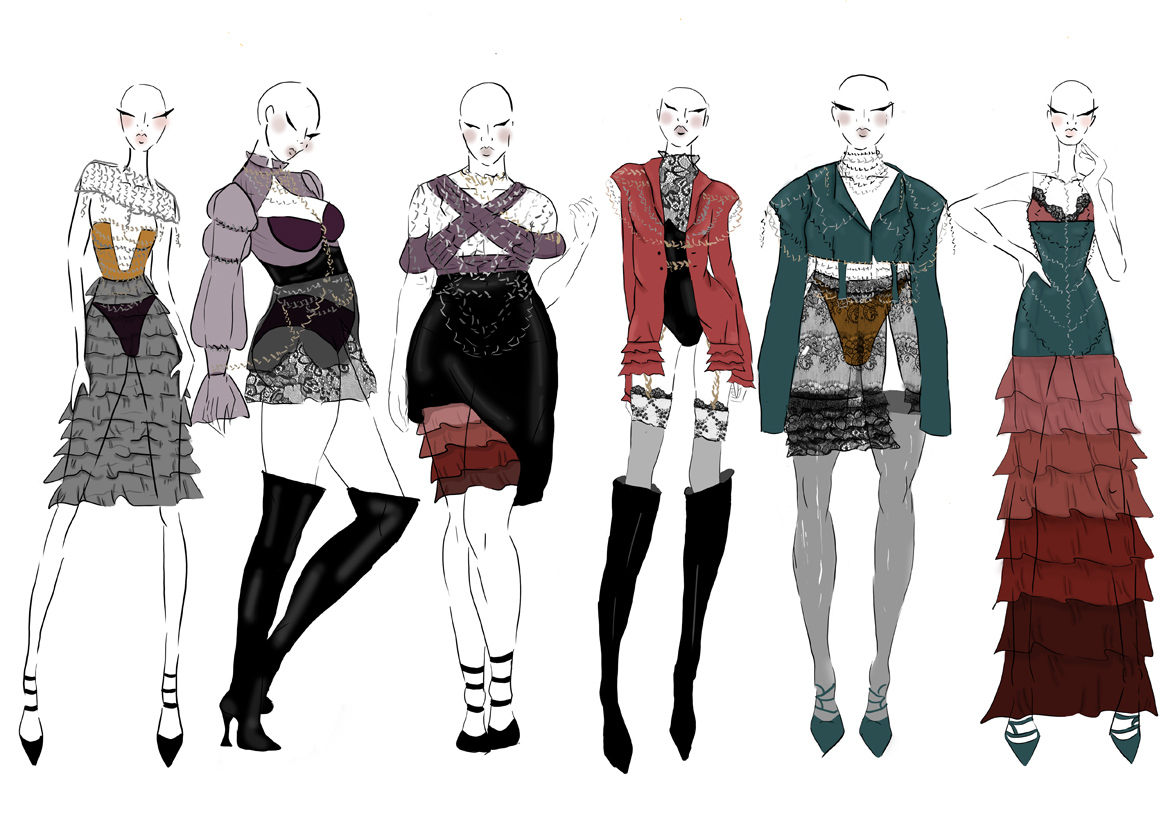 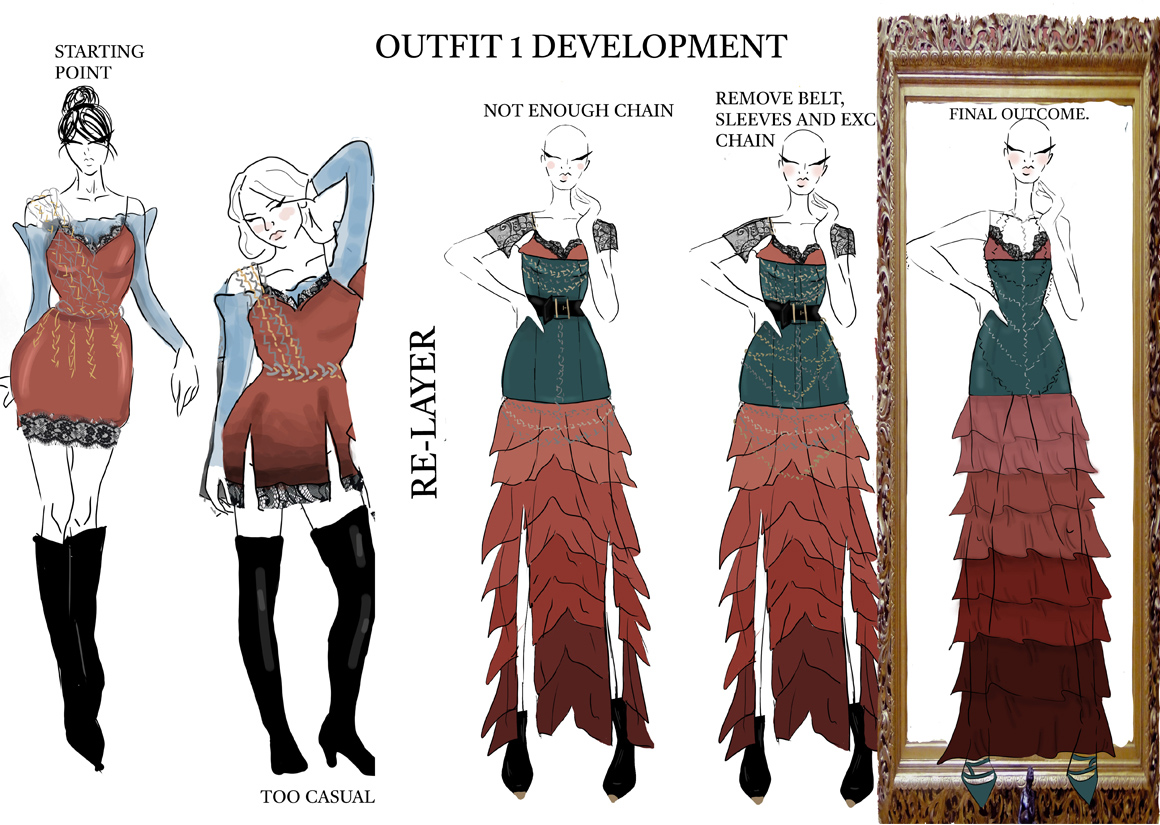 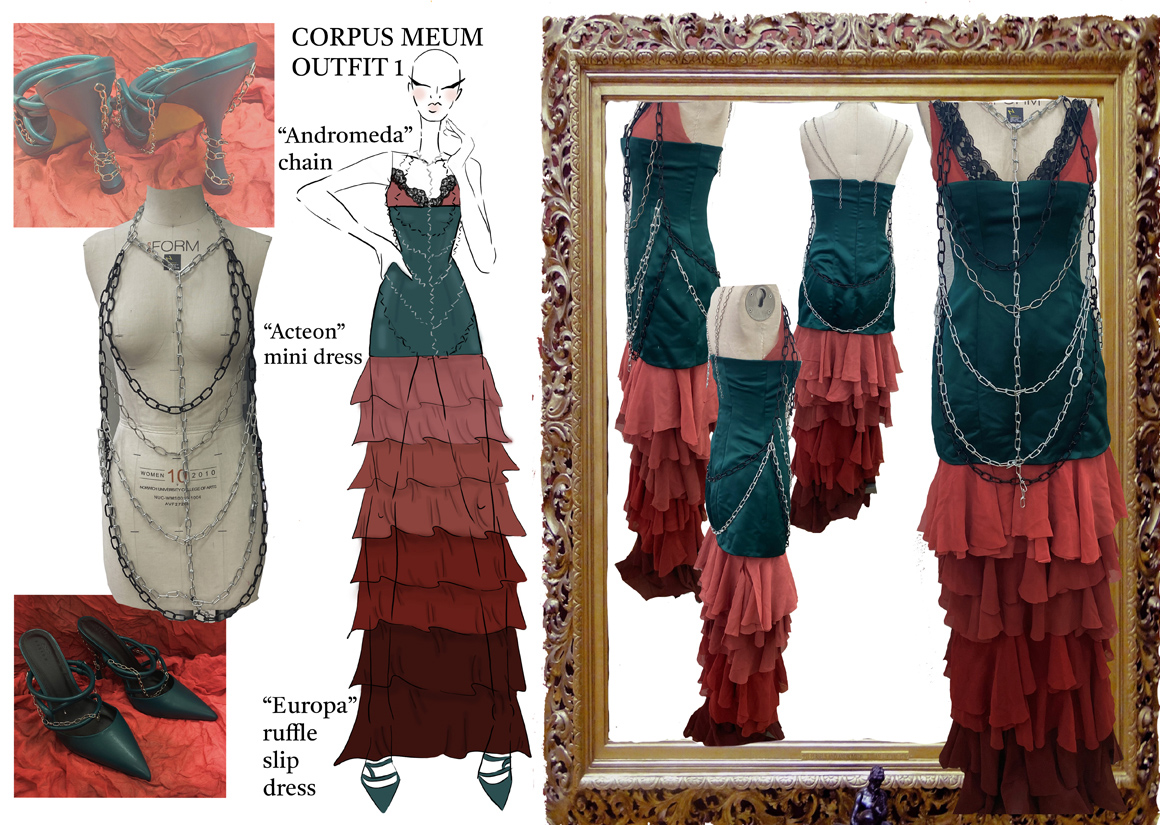 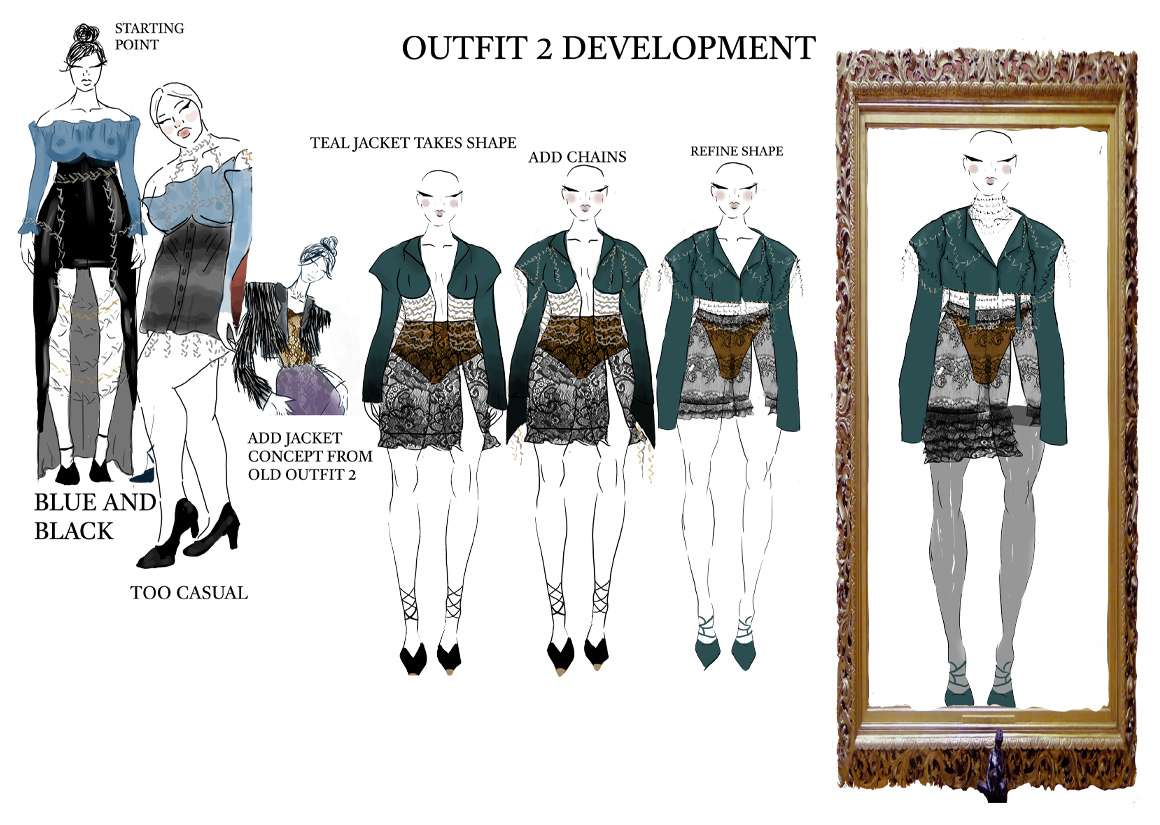 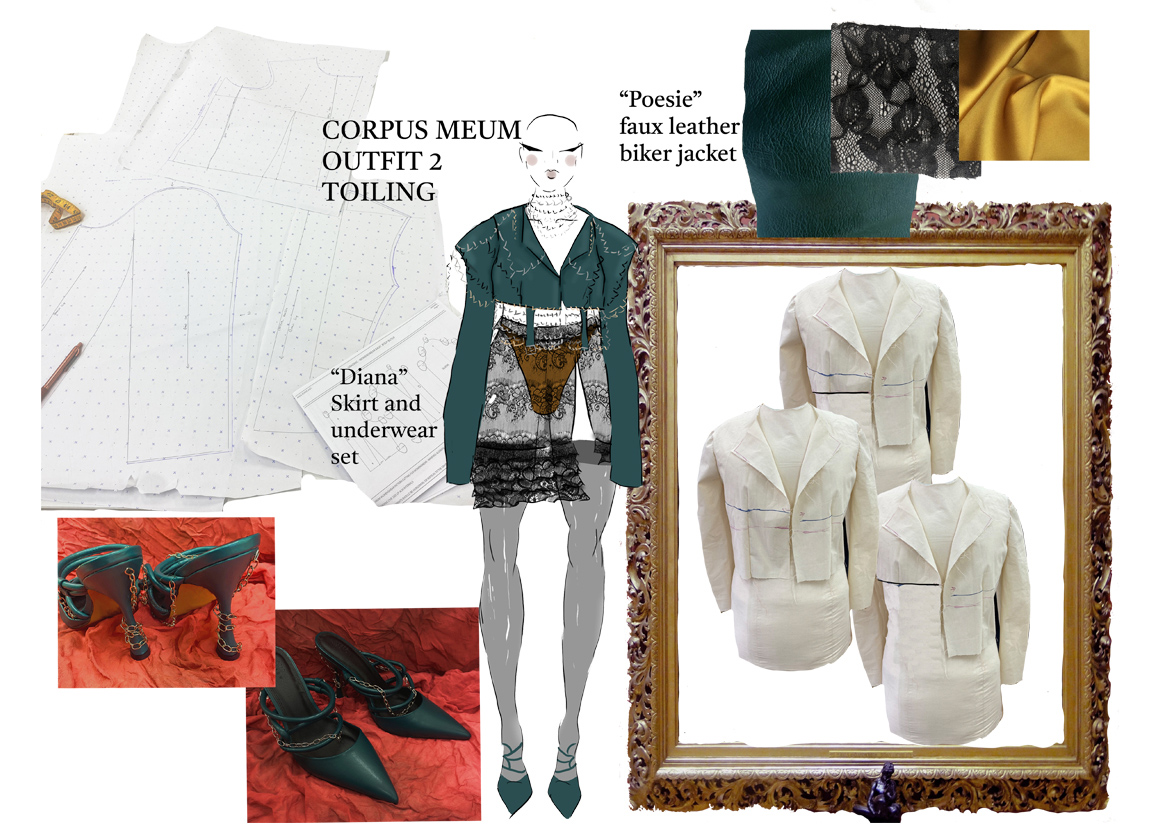 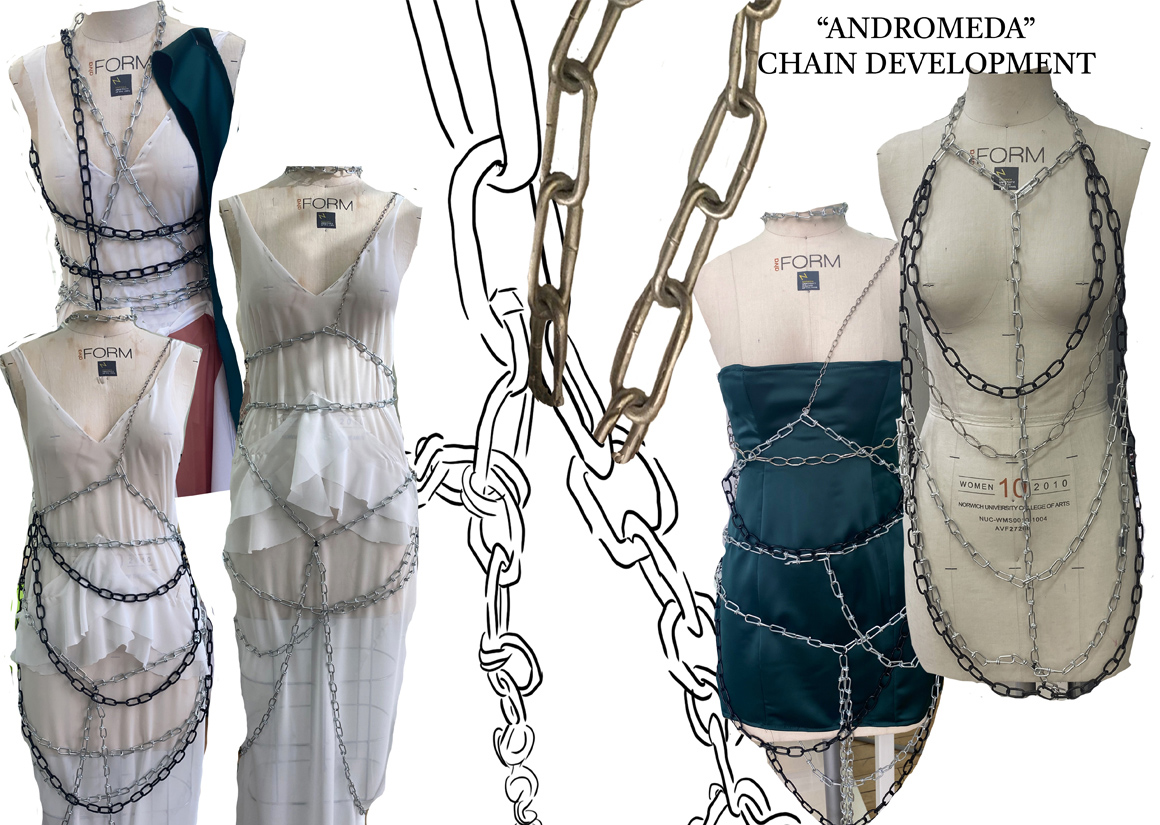 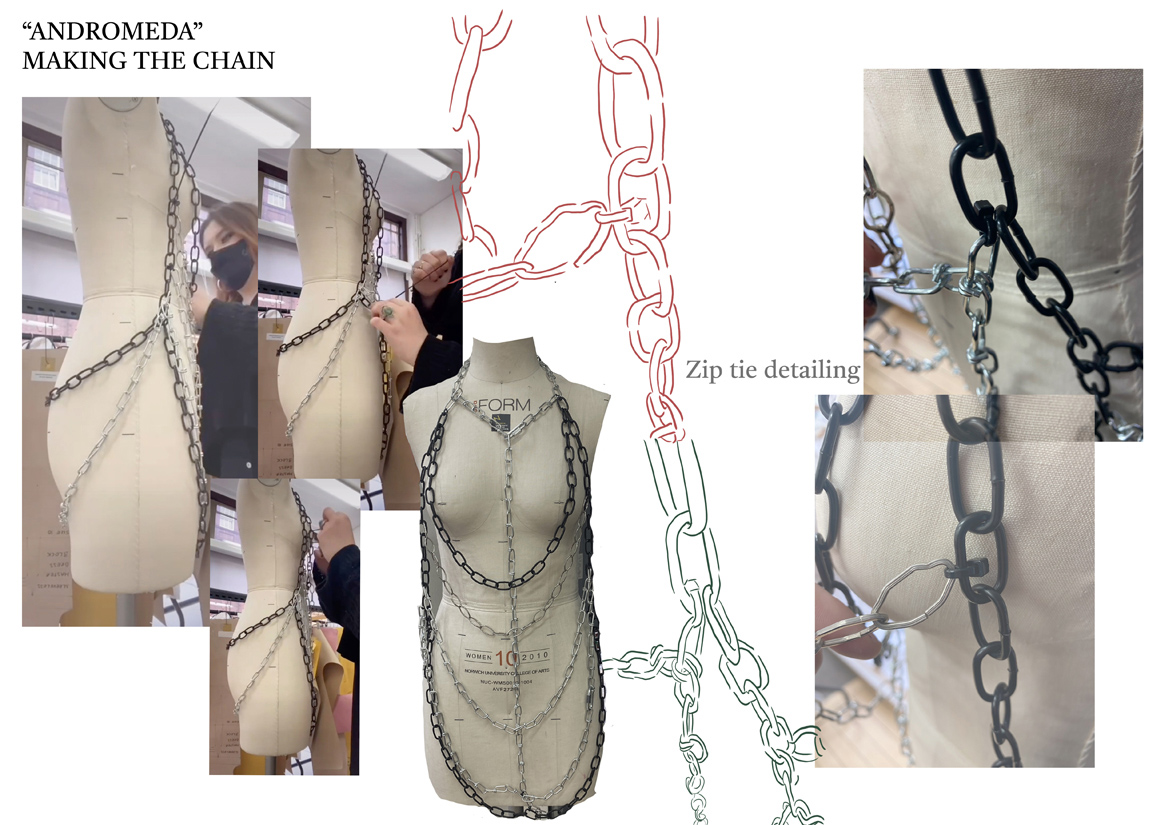 Chain- The Make and Details 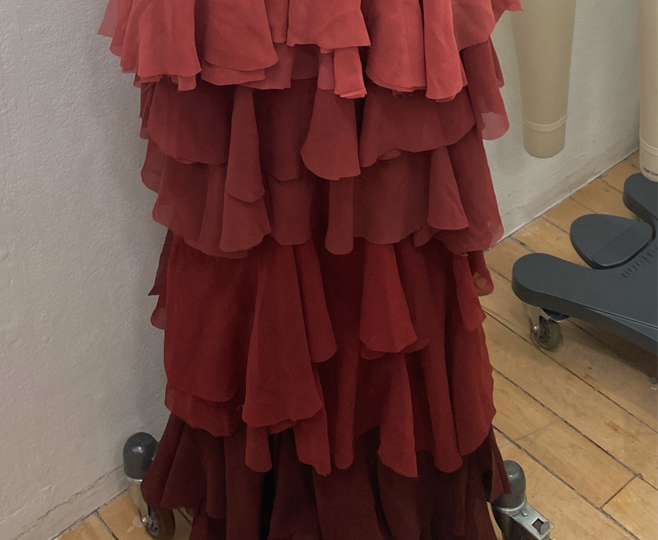 I used contrasting textures and weights to highlight feminine duality

“Blemishes are hid by night and every fault forgiven; darkness makes any woman fair.” ― Ovid