I’m originally from Portugal but I moved to the UK four years ago to pursue my dreams to study menswear design.

As a young designer, I get inspiration from my surroundings as a child and the stories listened from my grandparents and implement them on my body of work. I aim to be a designer that shares feelings and emotions with my audience, to have a transparent and honest design process so people can feel part of what’s behind the final product. Being a young creative I believe that I can explore personal narratives and traditional techniques, building a contemporary heritage aesthetic where every garment has a story to tell through its silhouette, details, prints, and techniques

“A Love Story to You”: in the middle of chaos and war, love and kindness will always win.

My collection honours my family; a thank you for making me the person I am today. My mains focus point was the Carnation Revolution. On April 25, 1974, a mutiny in the Portuguese army put an end to five decades of dictatorship. This movement showed the working class fighting for their freedom.

My Grandfather, an inspirational activist, was one of the many 18-year-old men forced to fight on the front line. During three years of service in Angola, he and my grandmother maintained their relationship which lead to their marriage and our family. On returning home, my Grandfather was part of a left-party group that helped with the organization of a silent and peaceful revolution, resulting in a new democratic country. This story shaped our family until the very present day. 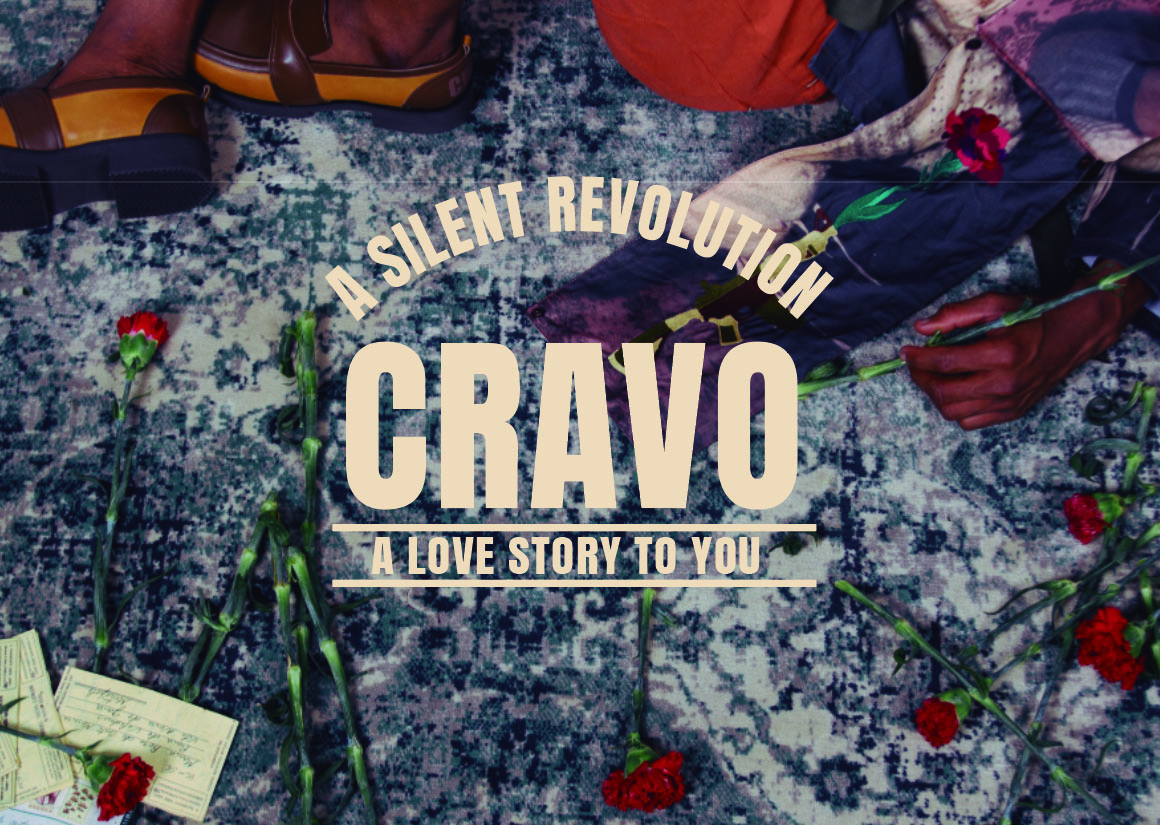 Menswear Collection "A Love Story to You" 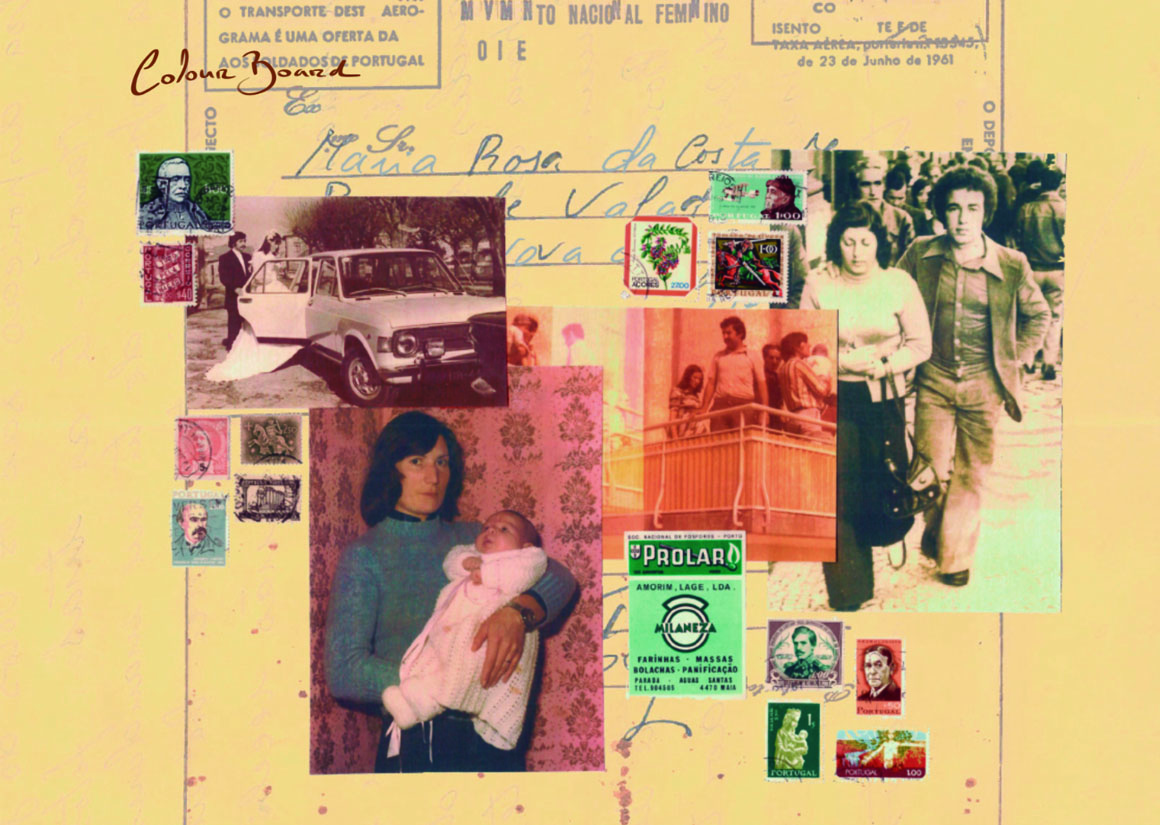 Mood and Colour Board 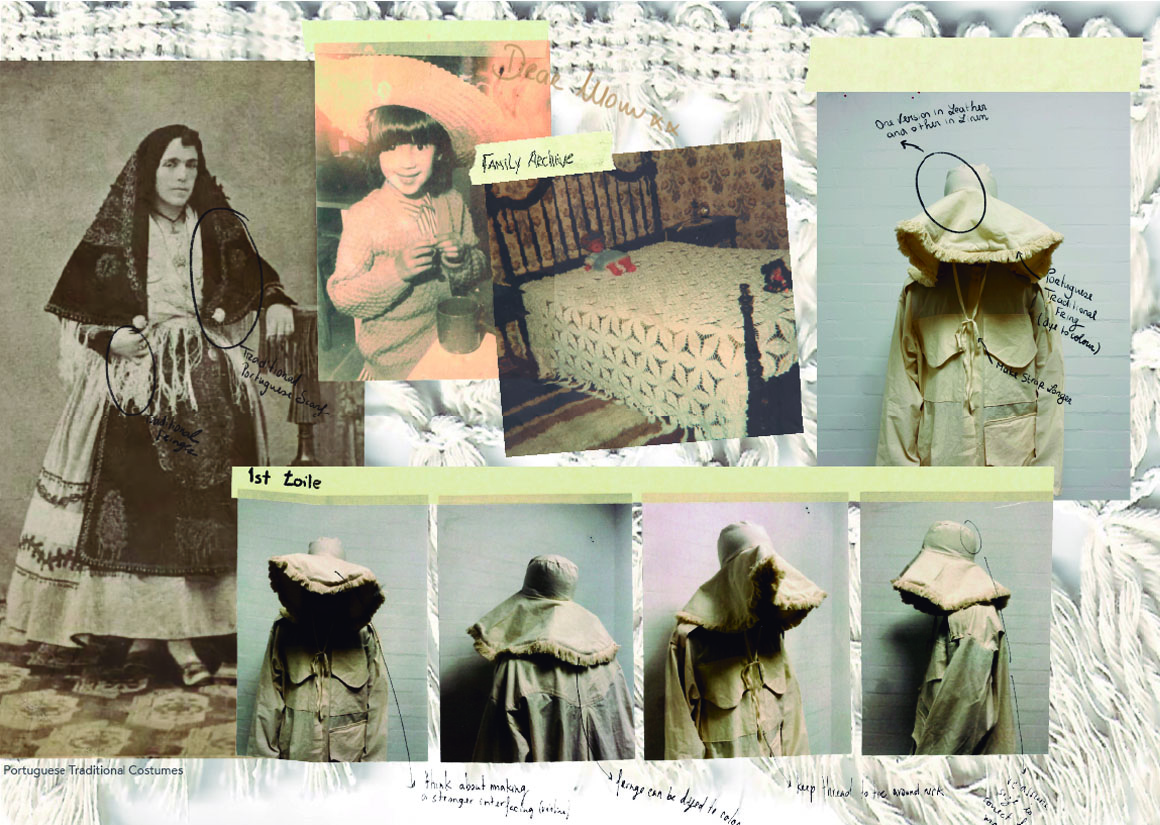 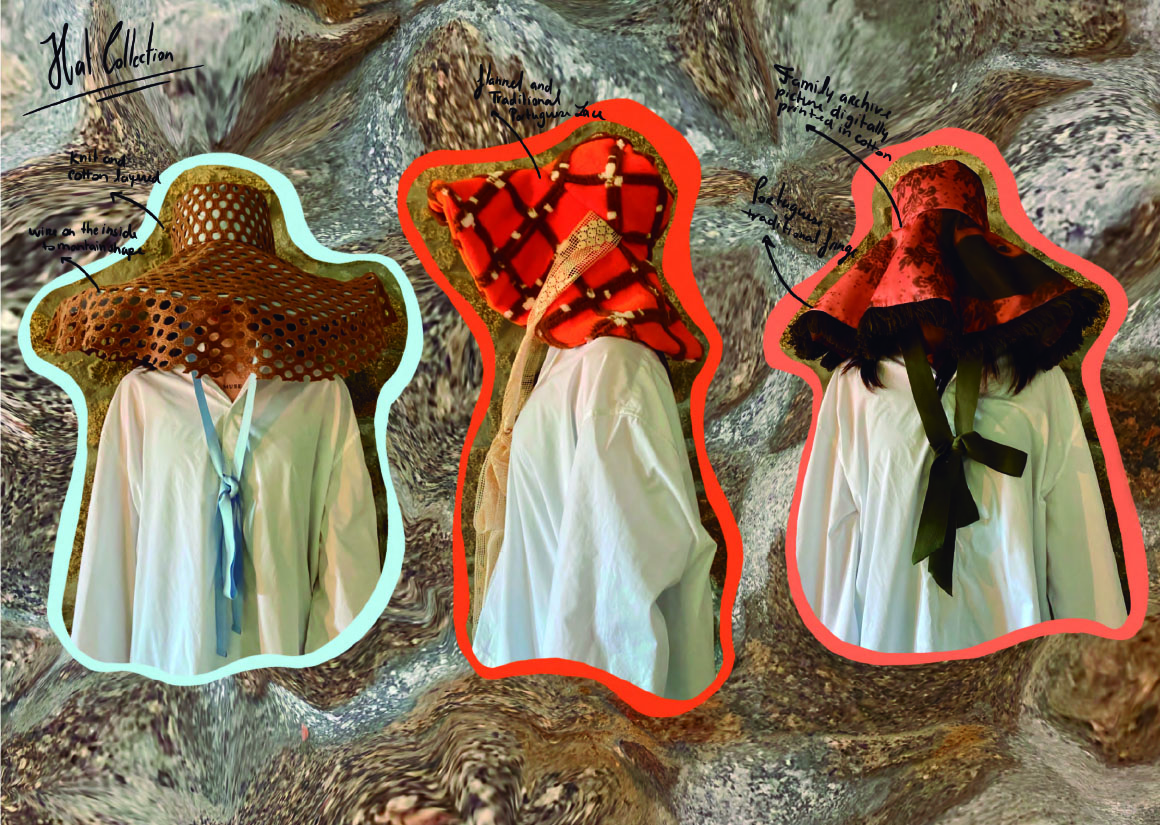 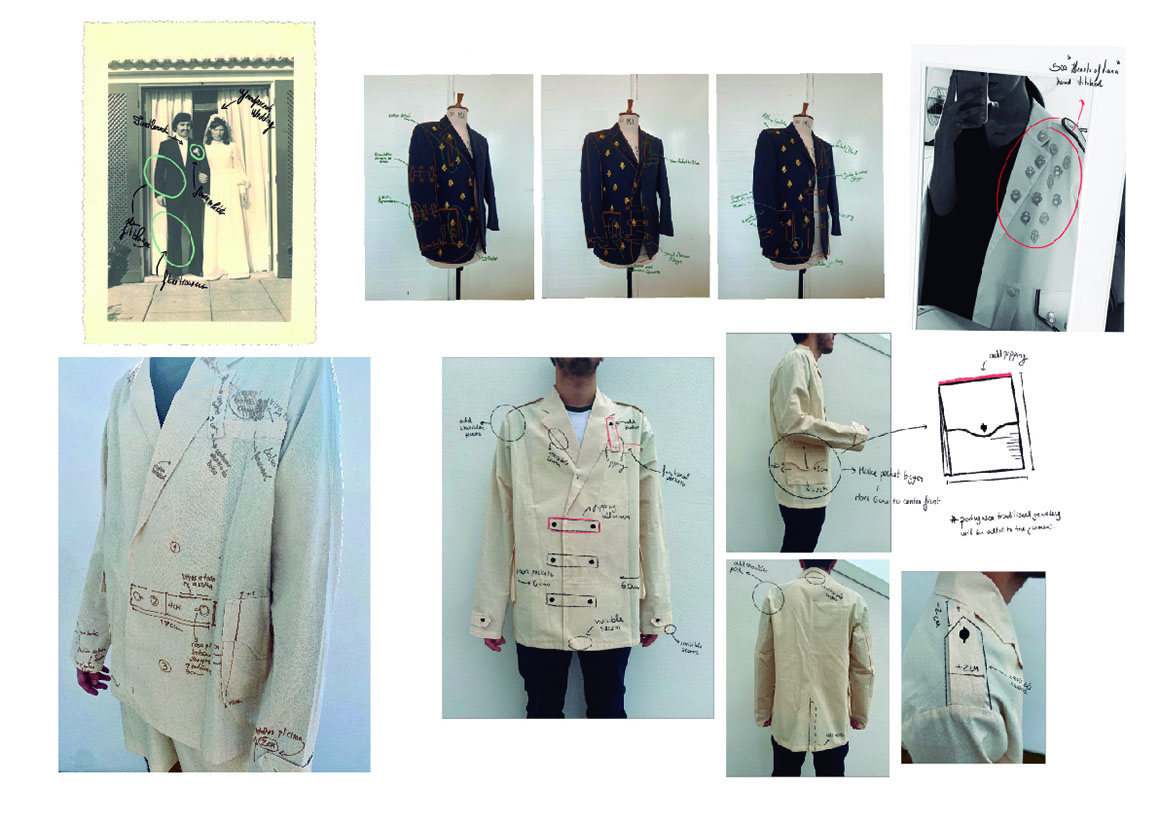 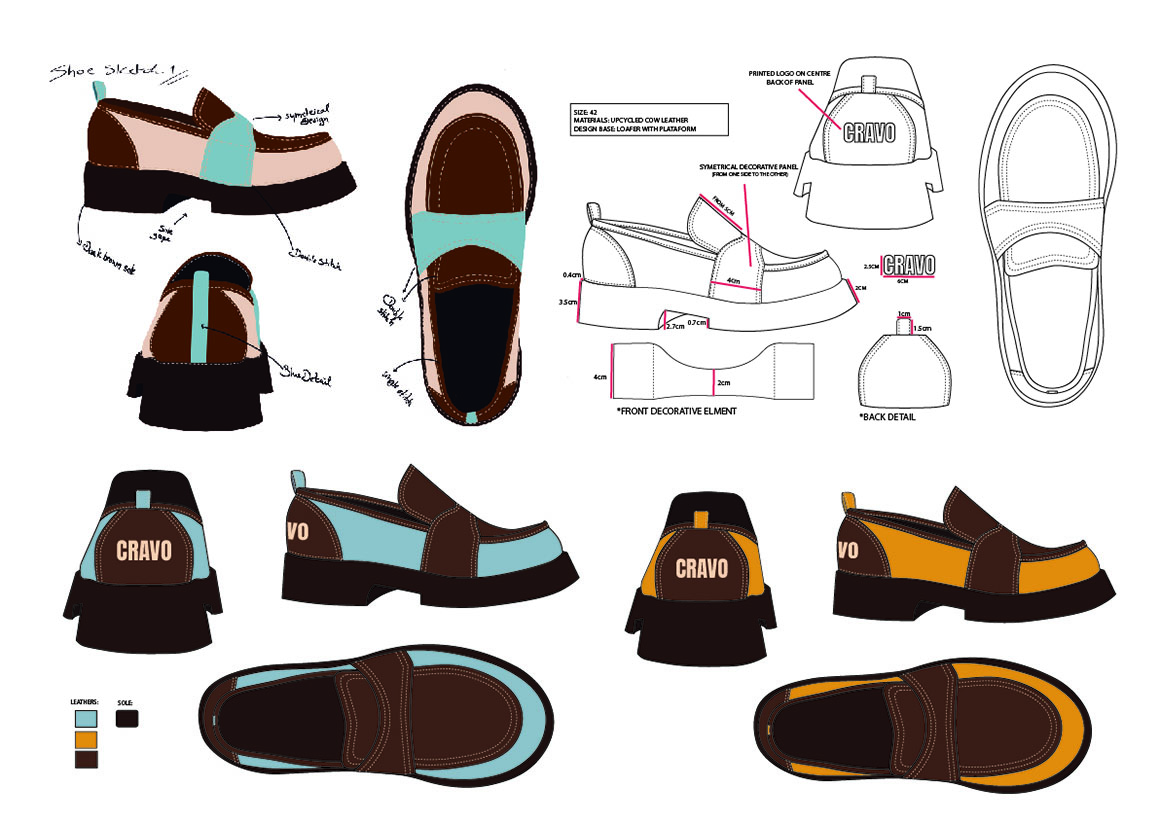 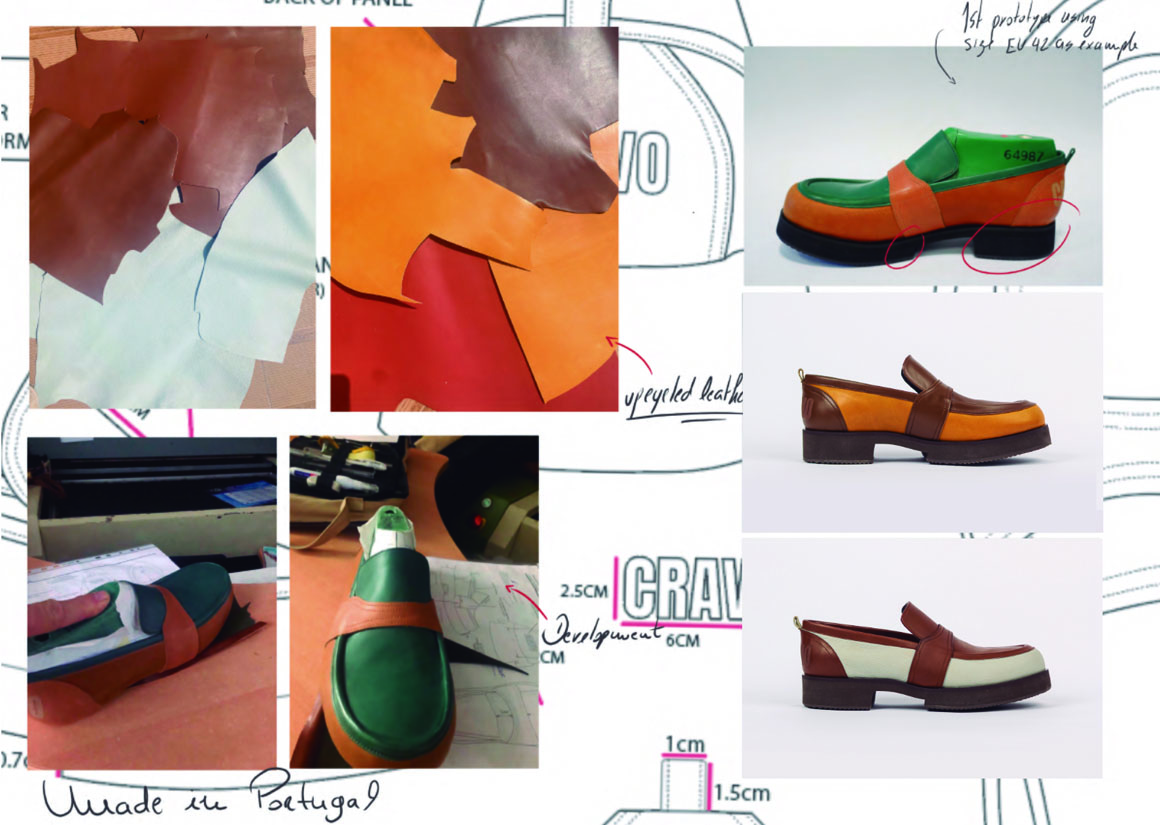 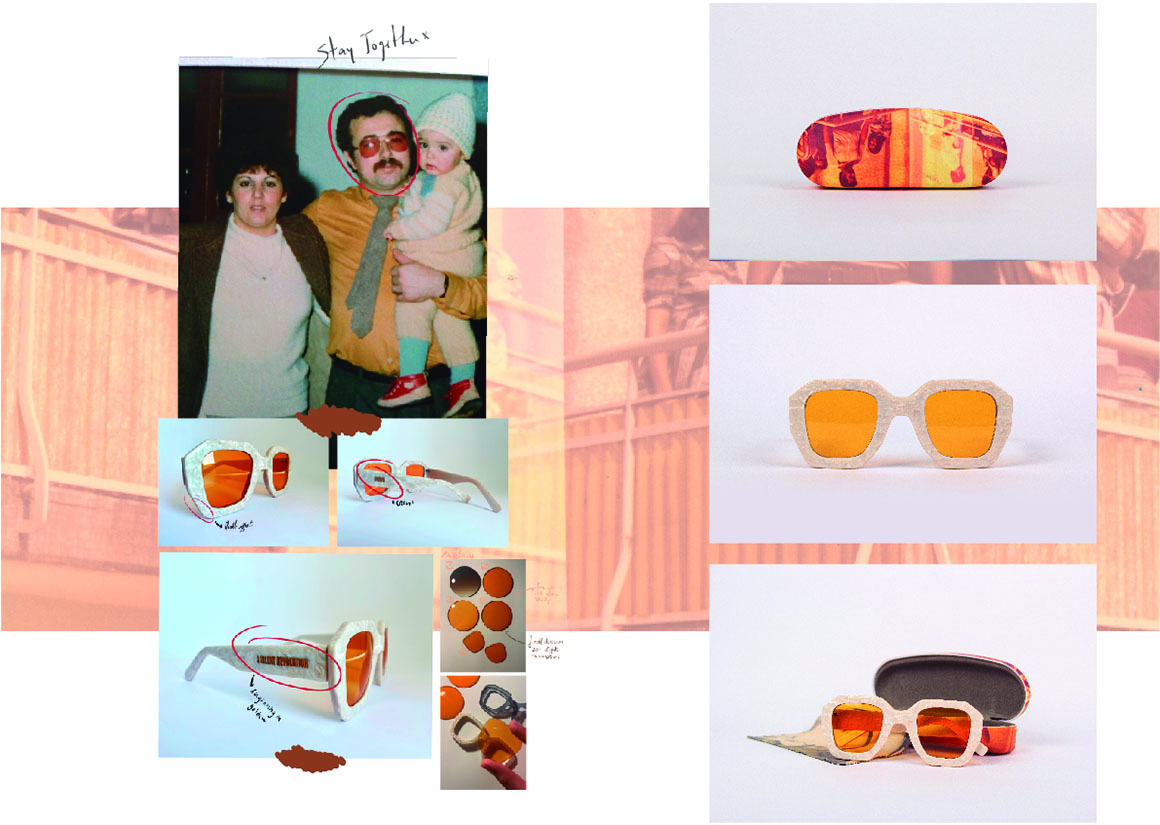 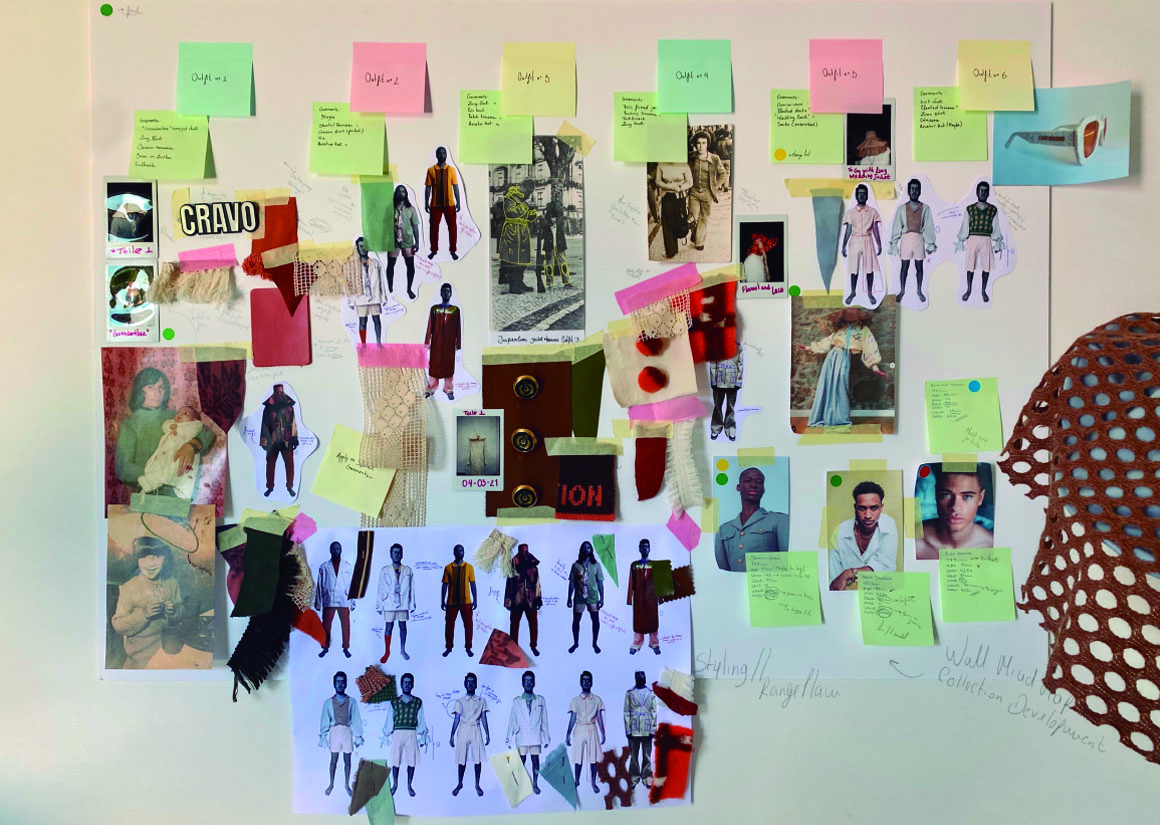 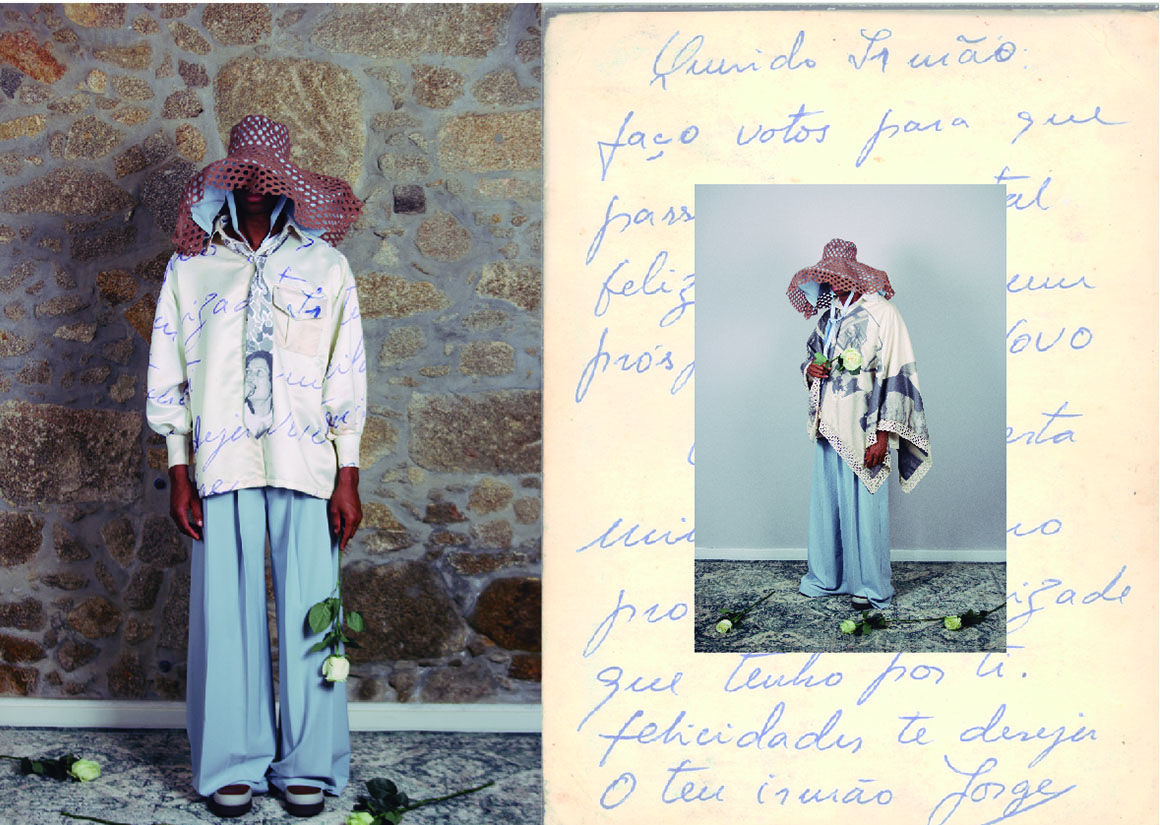 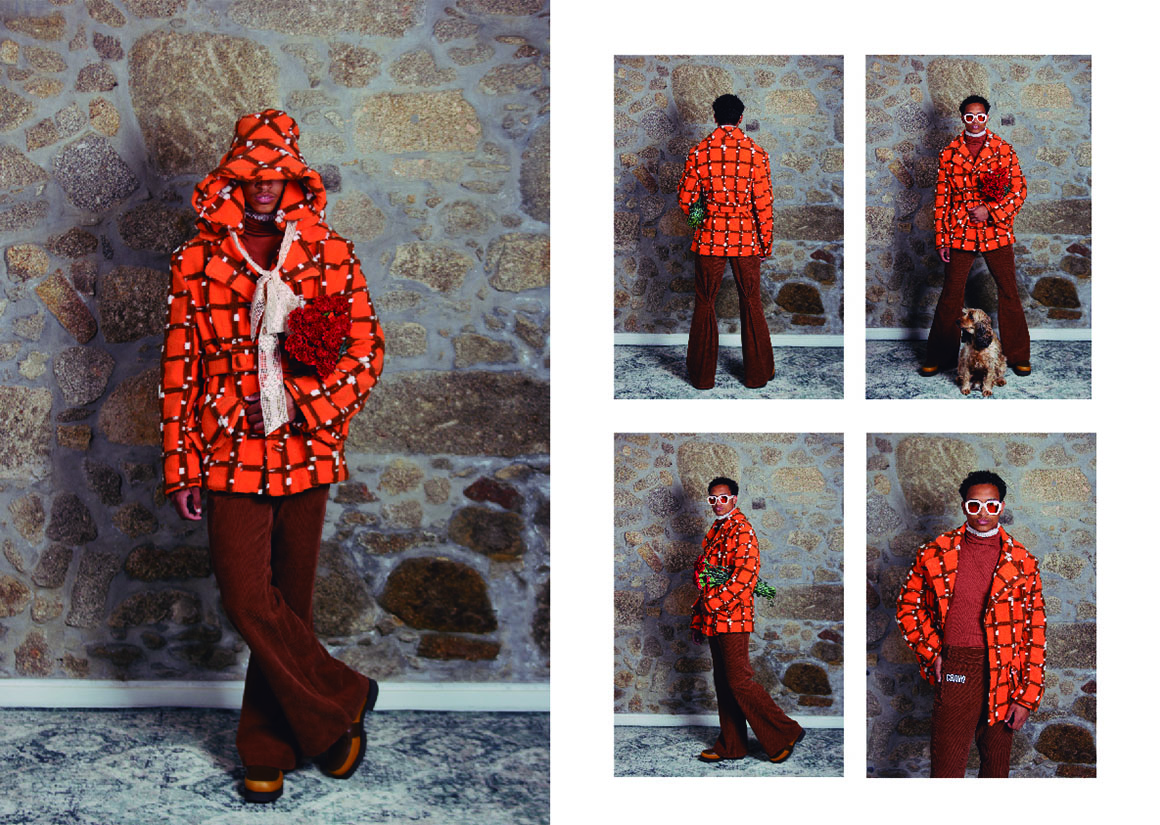 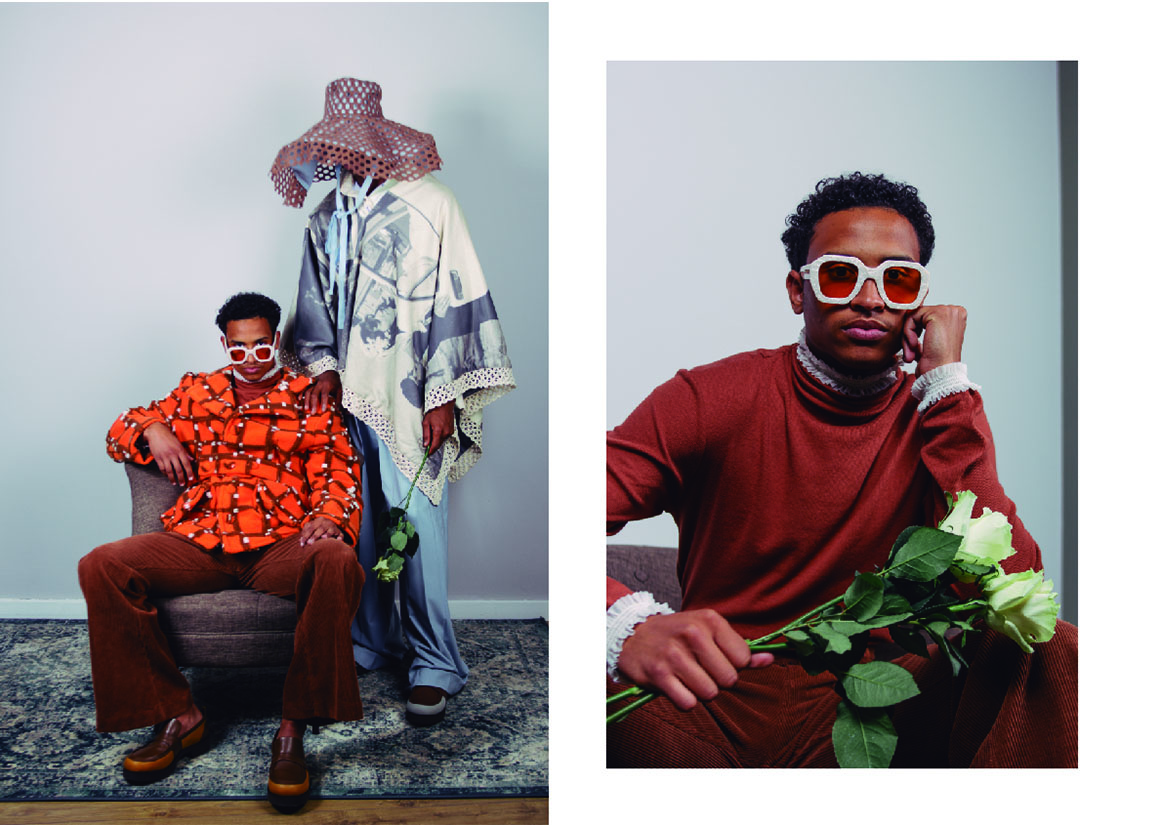 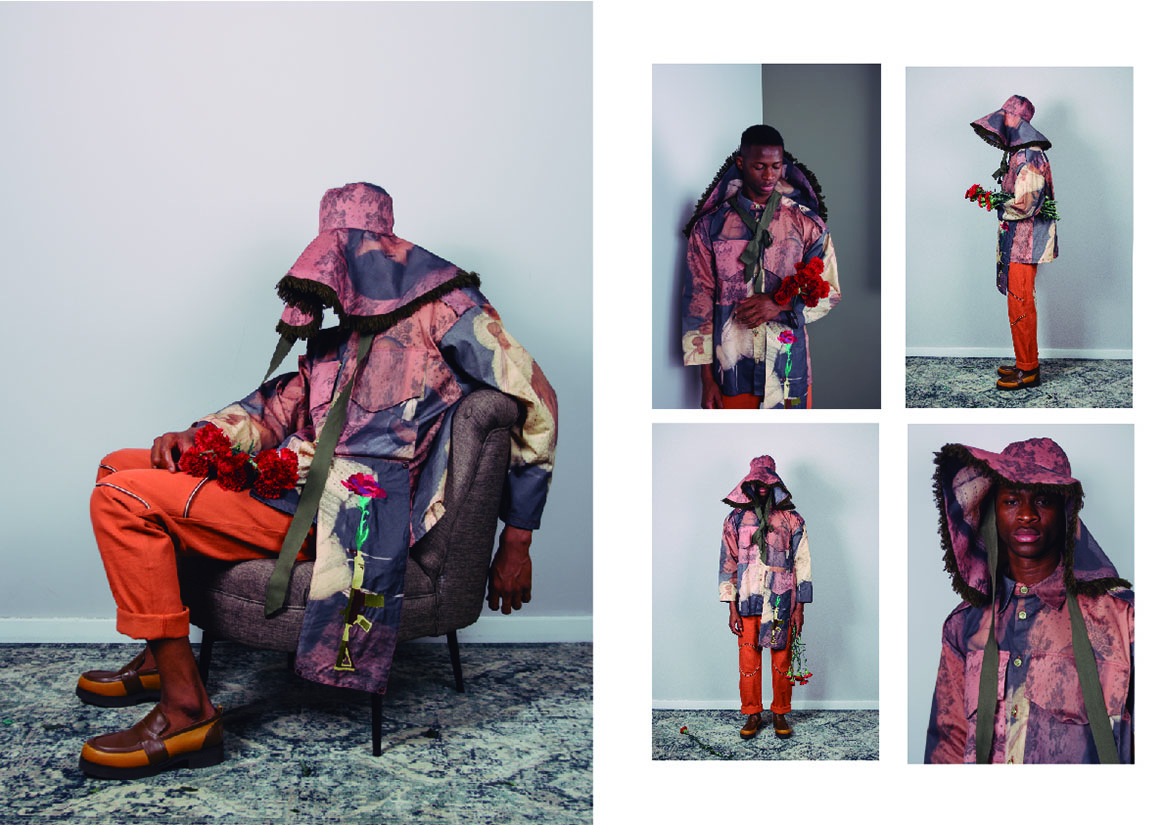 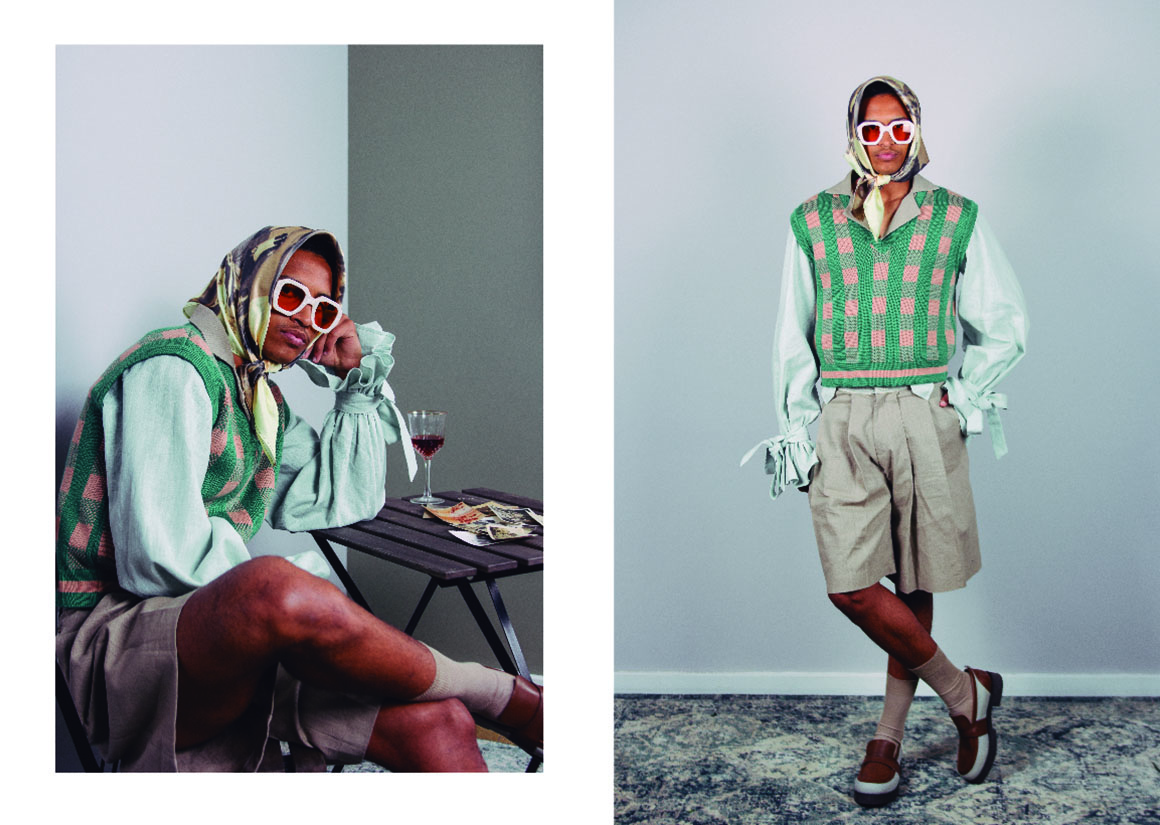 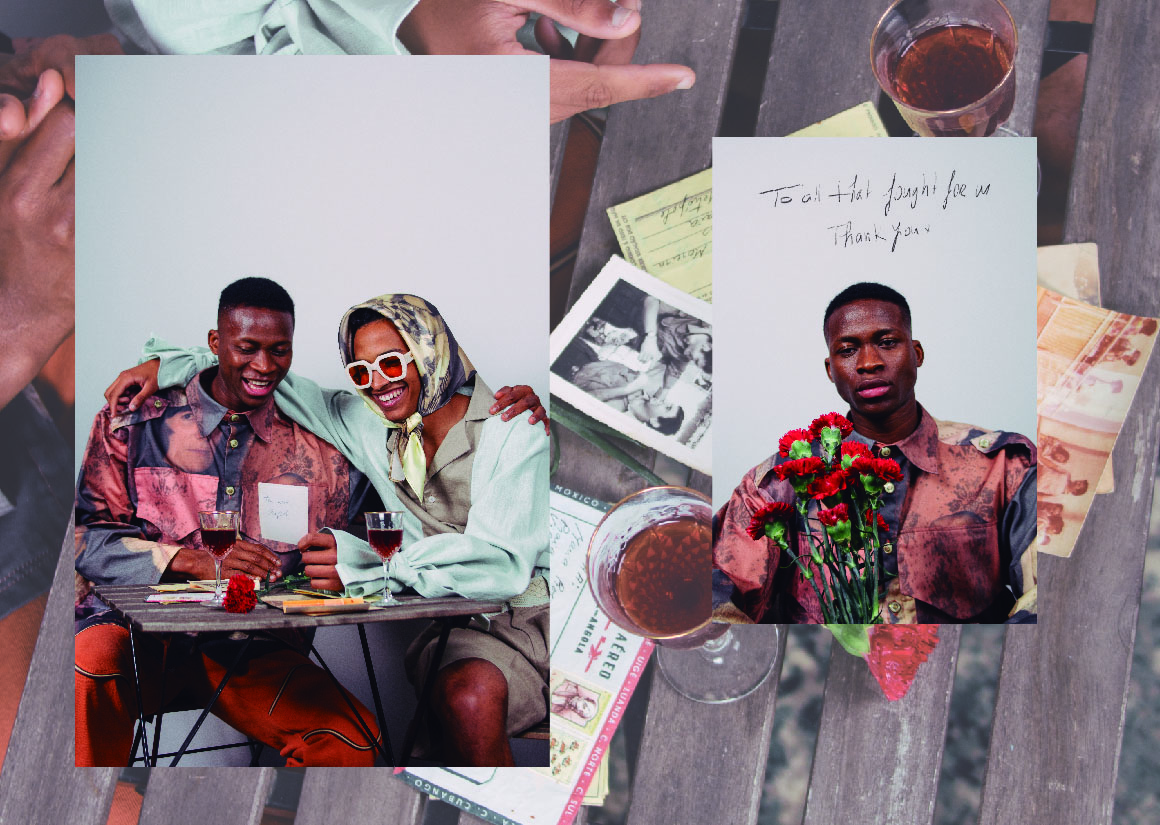 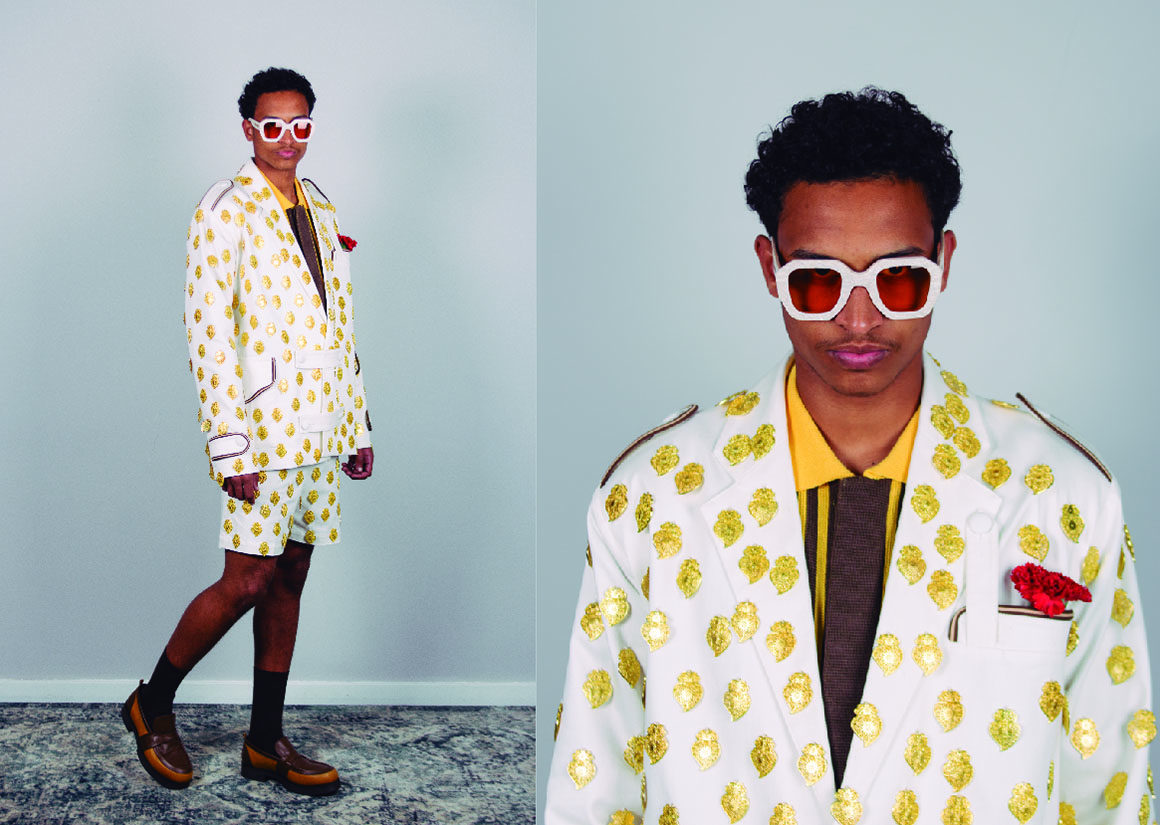 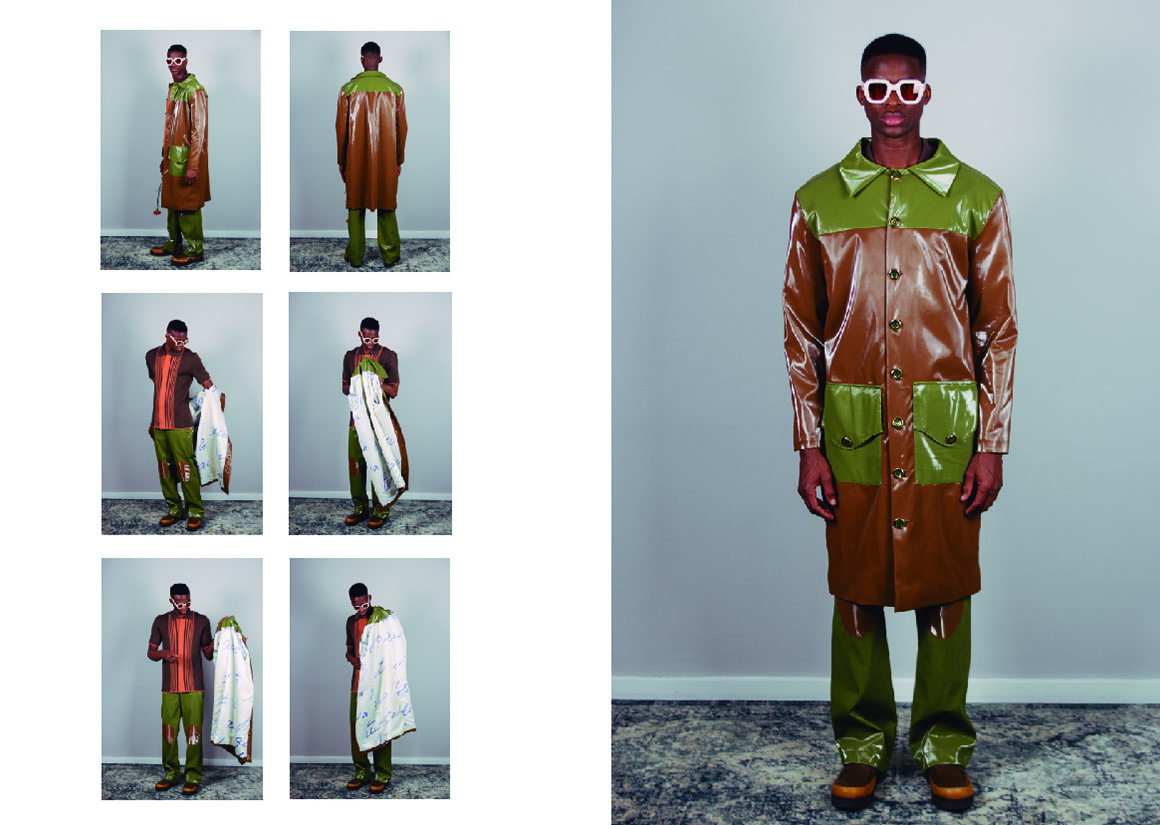 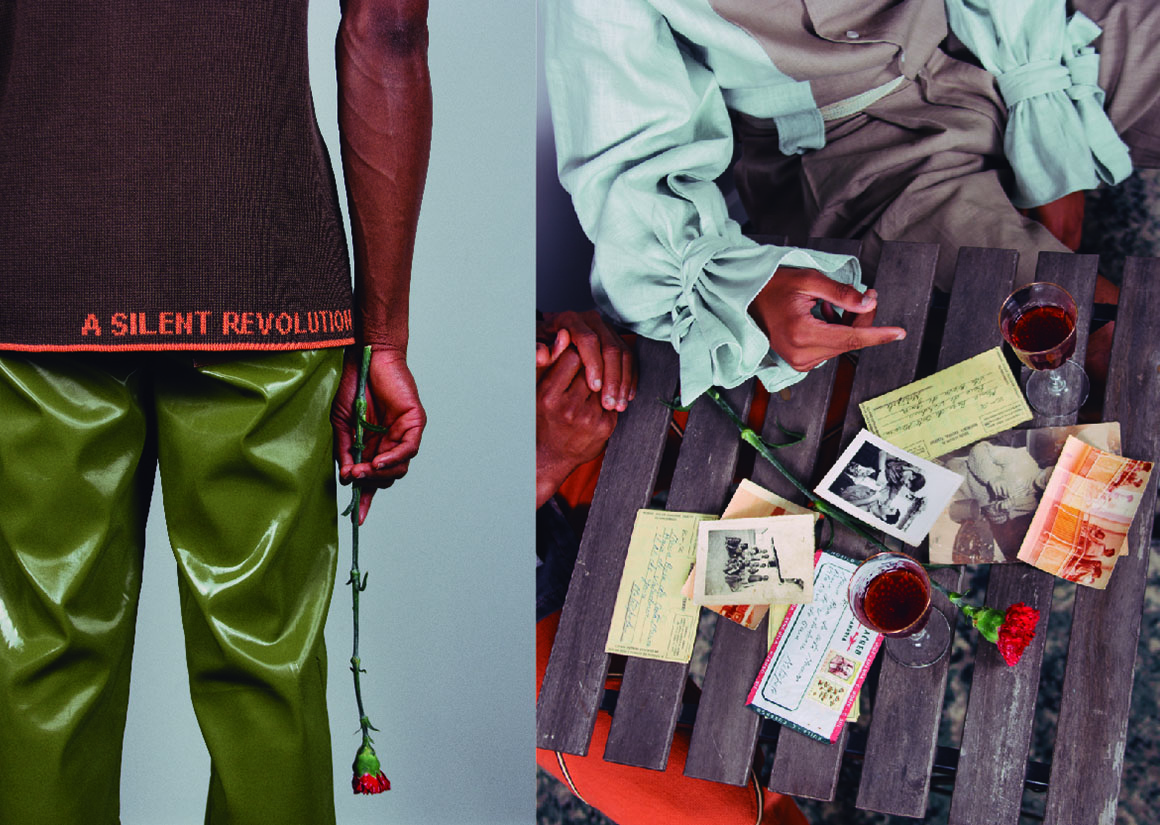 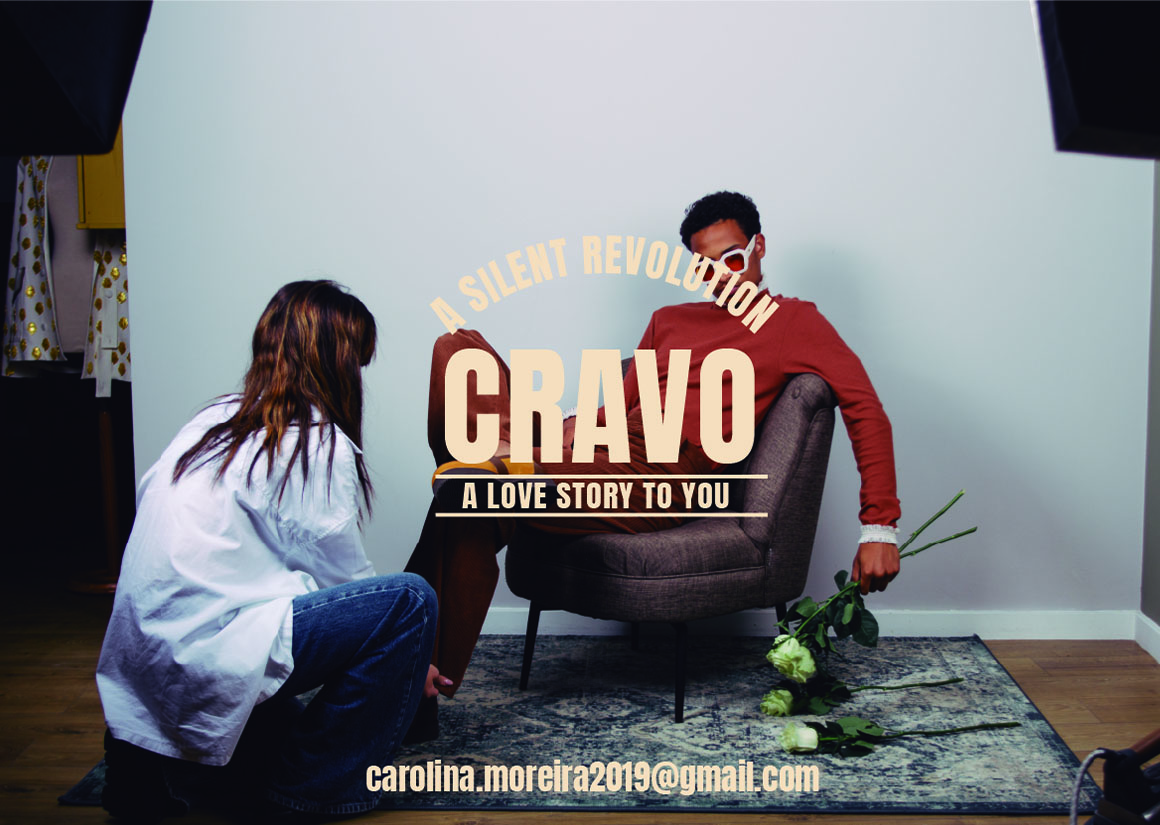 Prints were created using family archive documents and pictures as the main source of inspiration.

My main focus was to tell a story through every detail; silhouette, prints and finishing. I constantly referred to my family’s archive documents to inspire me. Most of these archives were from the ’60s and 70’s era which encouraged me to introduce fitted garments, flare trousers and high neck tops. For my prints, I resized pictures and letters exchanged during the war from my grandparents to print on several fabrics such as satin and cotton. Embroidery and Portuguese traditional fringes were also introduced in my collection as finishes to represent traditional Portuguese costumes. For my footwear, I upcycled leather wastes from a leather fabric based in the UK for a more responsible and sustainable approach. My eyewear and knitwear pieces were produced locally, in Portugal.

It’s really important to see how, we, as young creatives can contribute to traditions to keep being alive, recreating and adapting them for the new generations.