I am passionate fashion designer with a focus specifically on gender neutral and women’s wear. Fashion fascinates me; a way of exploring and being educated about, contrasting and intricate themes, whilst endeavouring to create something new and original.

When generating and examining concepts, I particularly love researching links to personal narratives to be able to fully understand and embrace a specific topic. This deeper knowledge helps me translate intricate details into shape or functionality within my collections. As a designer, longevity and durability are important to me, inspiring the creation of multi-wearable garments. Additionally, I love exploring textiles to help me to explore the boundaries of, and to try to engender a deeper meaning to, my work.

The hardworking and inspirational nature of my mum, Keren.

‘Airborne To Succeed’ follows my mum’s life and career as a woman in the Royal Air Force (RAF). In the 1980s, she was one of the first female, military fast-jet pilots not only in the RAF but in the world. The first, female single-seat fast-jet pilot in the RAF, she is also the only ever woman to have qualified and flown the Jaguar fast-jet aircraft worldwide; and did so in combat. Throughout her career she was constantly breaking records and redefining women’s status in the military.

An incredible feat, yet she had to face a significant battles to ‘prove herself worthy' of a position new to women at the time, particularly in a male dominated environment. Bearing all of these struggles and achievements in mind, the examination of key events in her life allied to the structure of particular aircraft types, were key to influencing the shape, texture and the colour palette in the concept. The collection focuses on practicality, functionality and style; chic yet multifunctional garments. 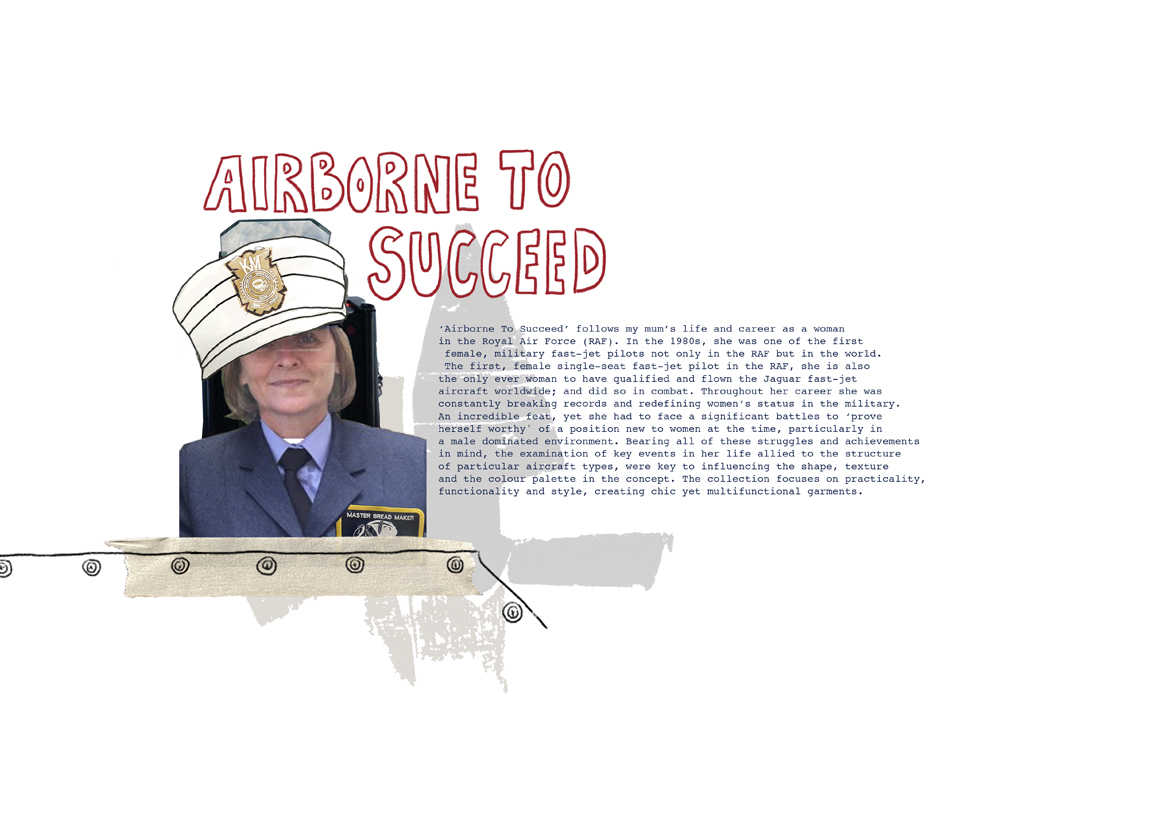 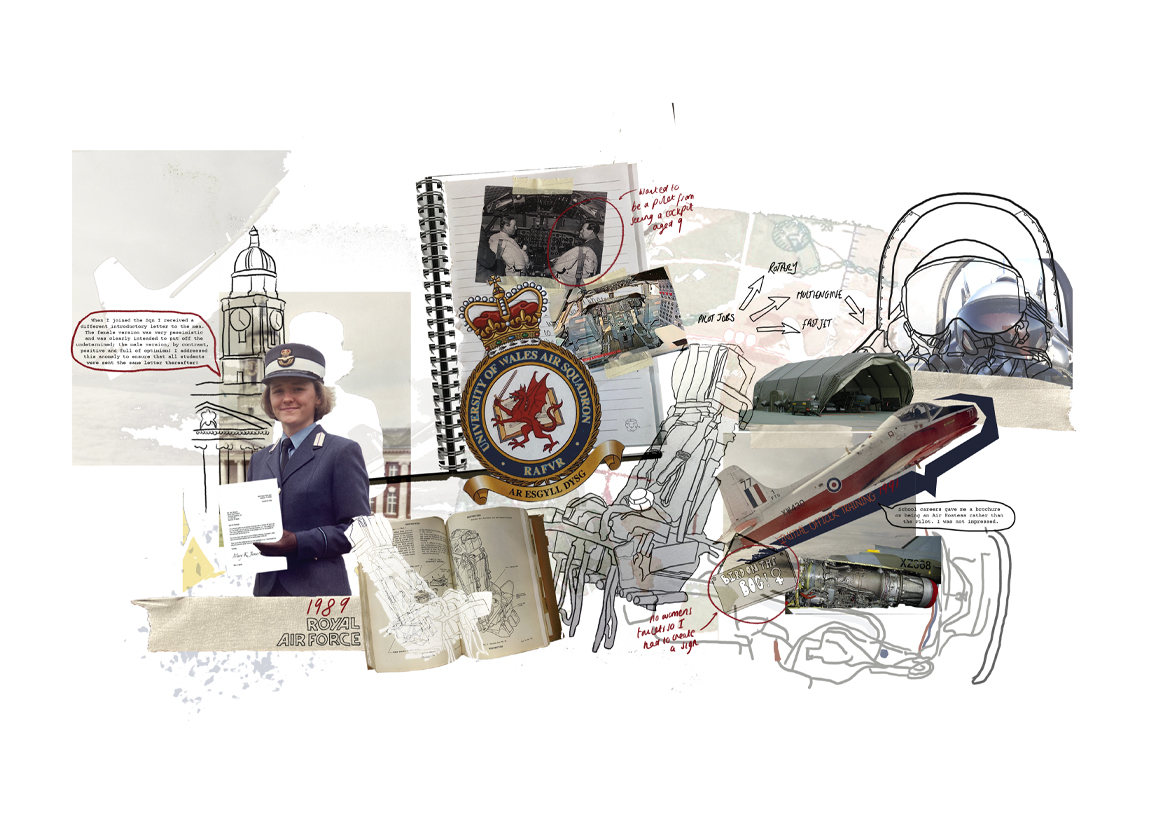 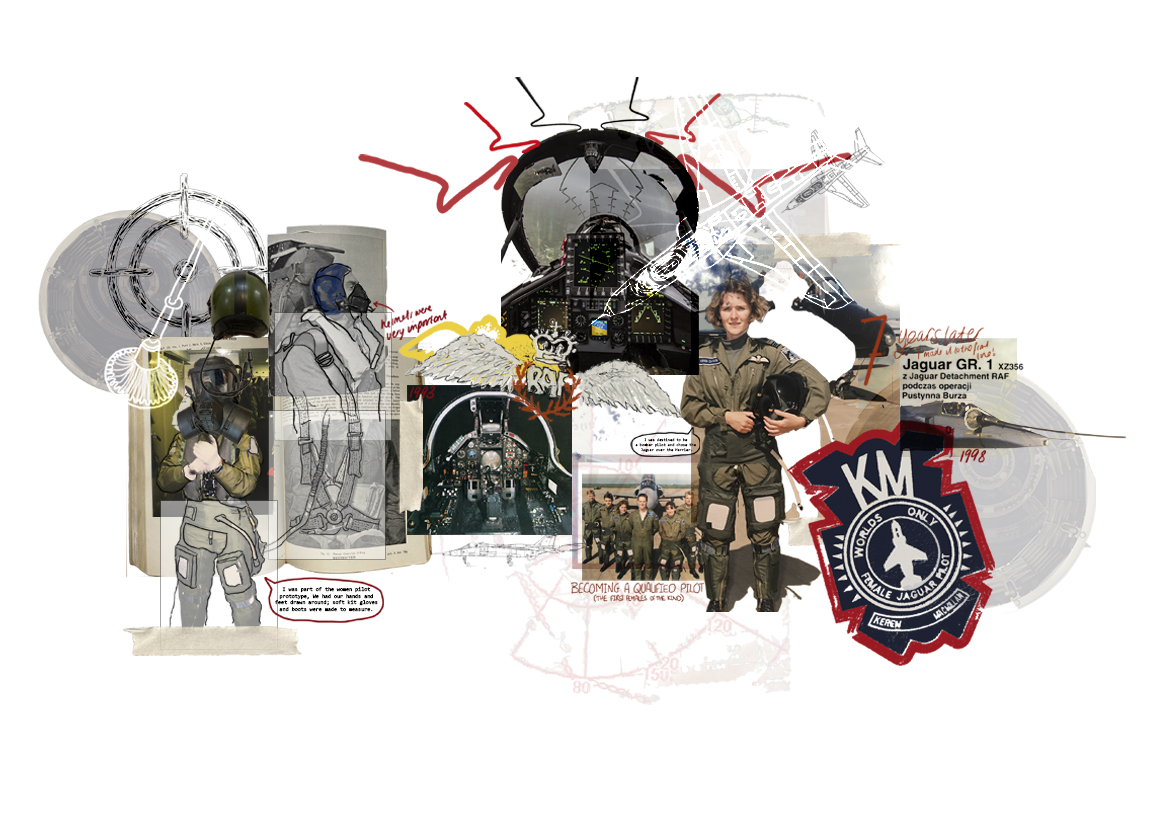 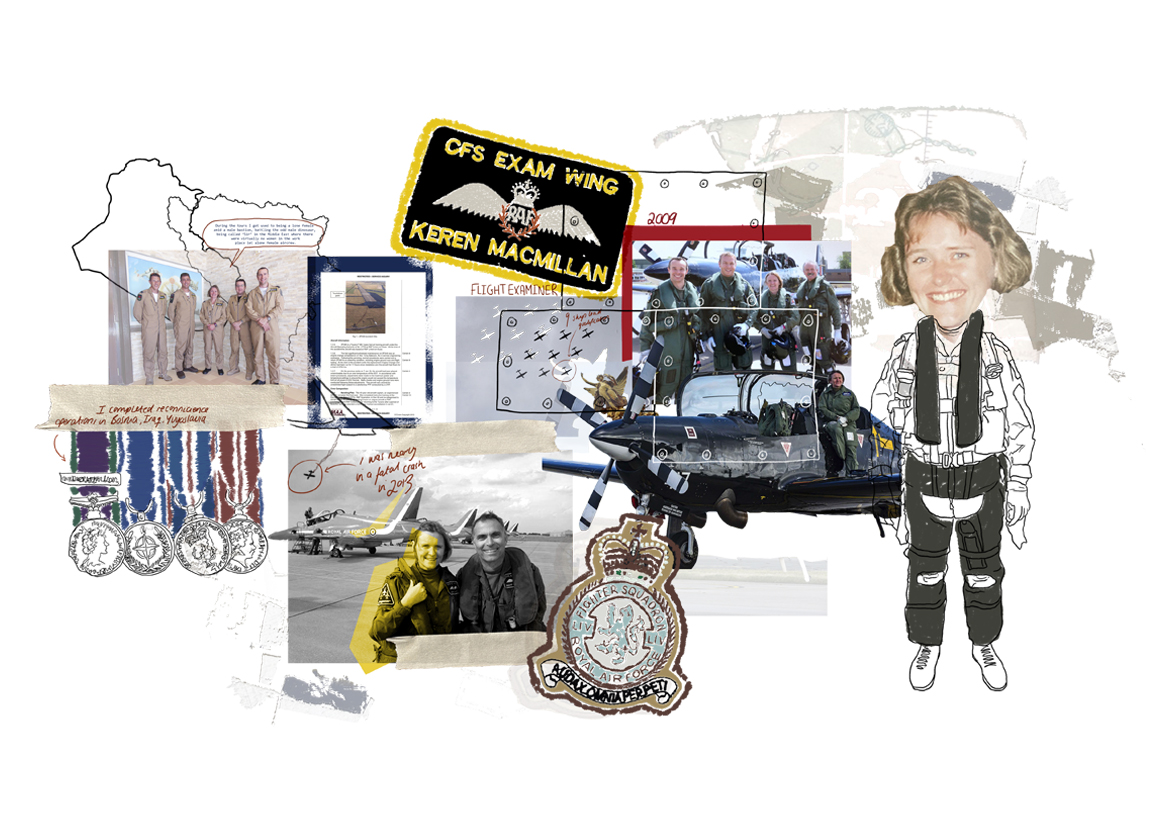 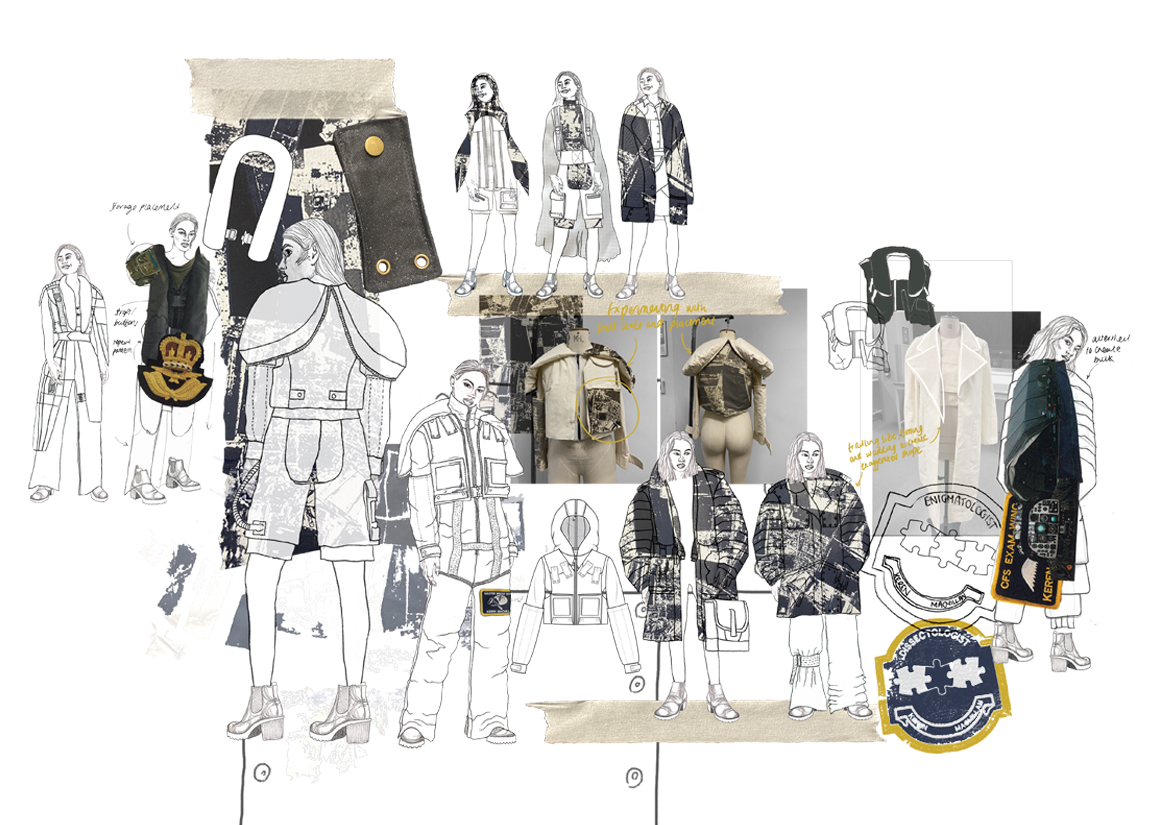 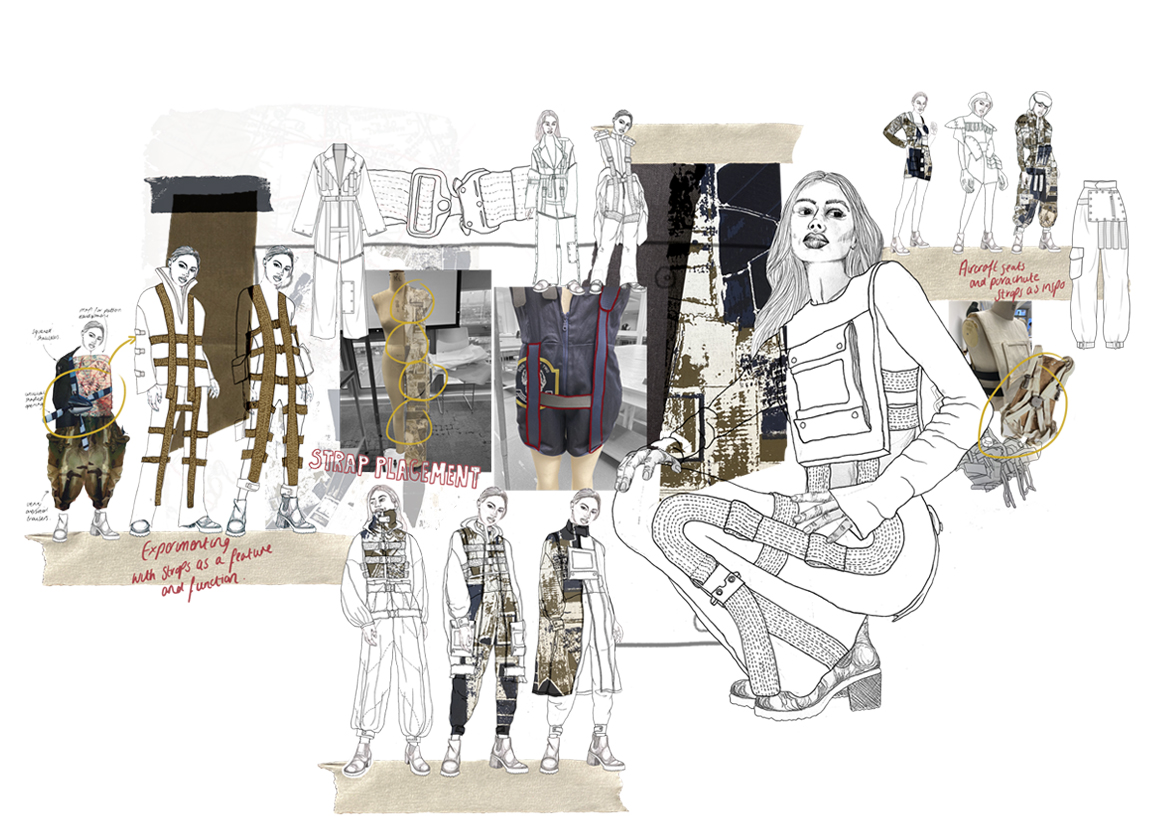 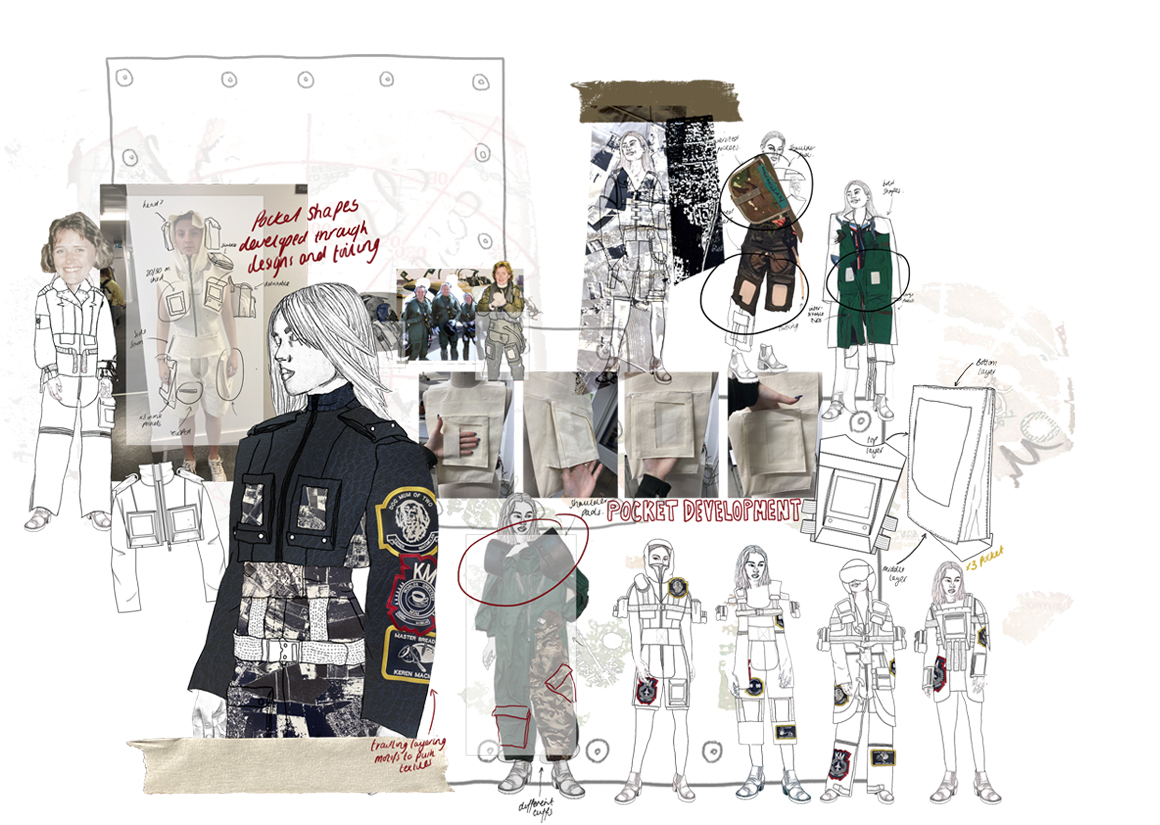 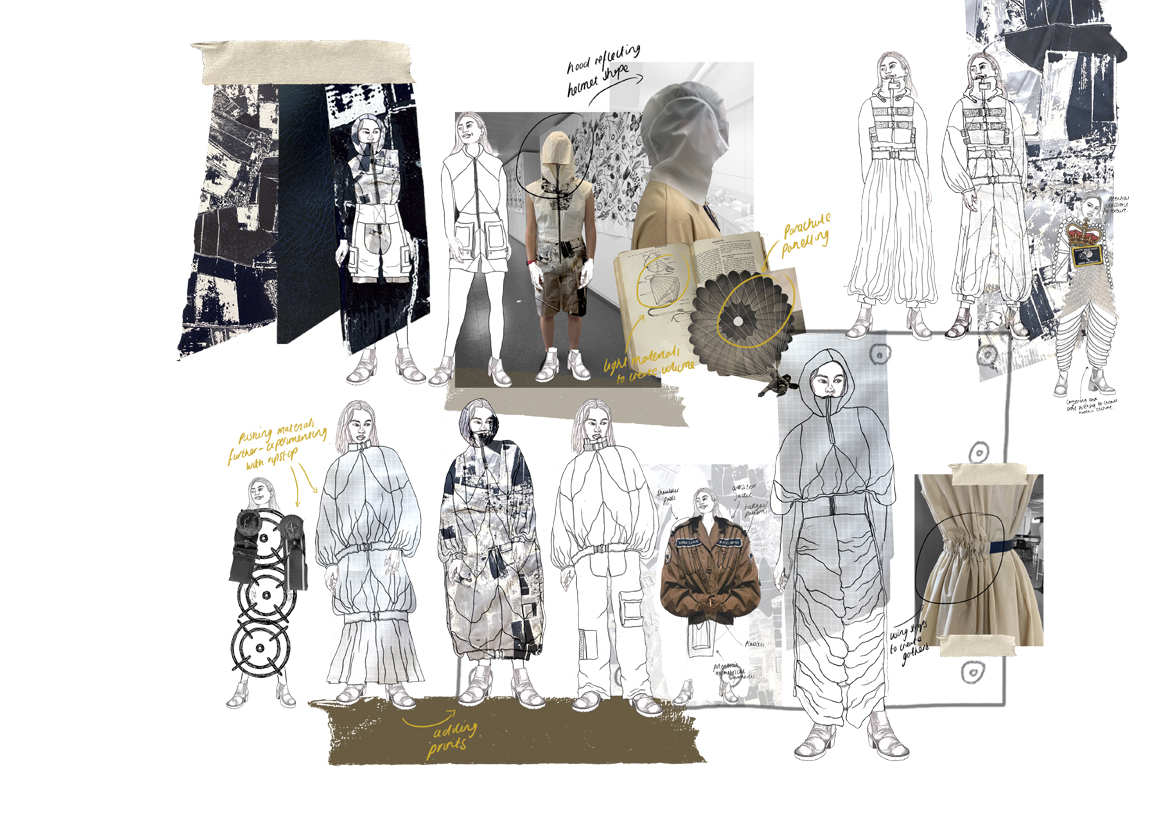 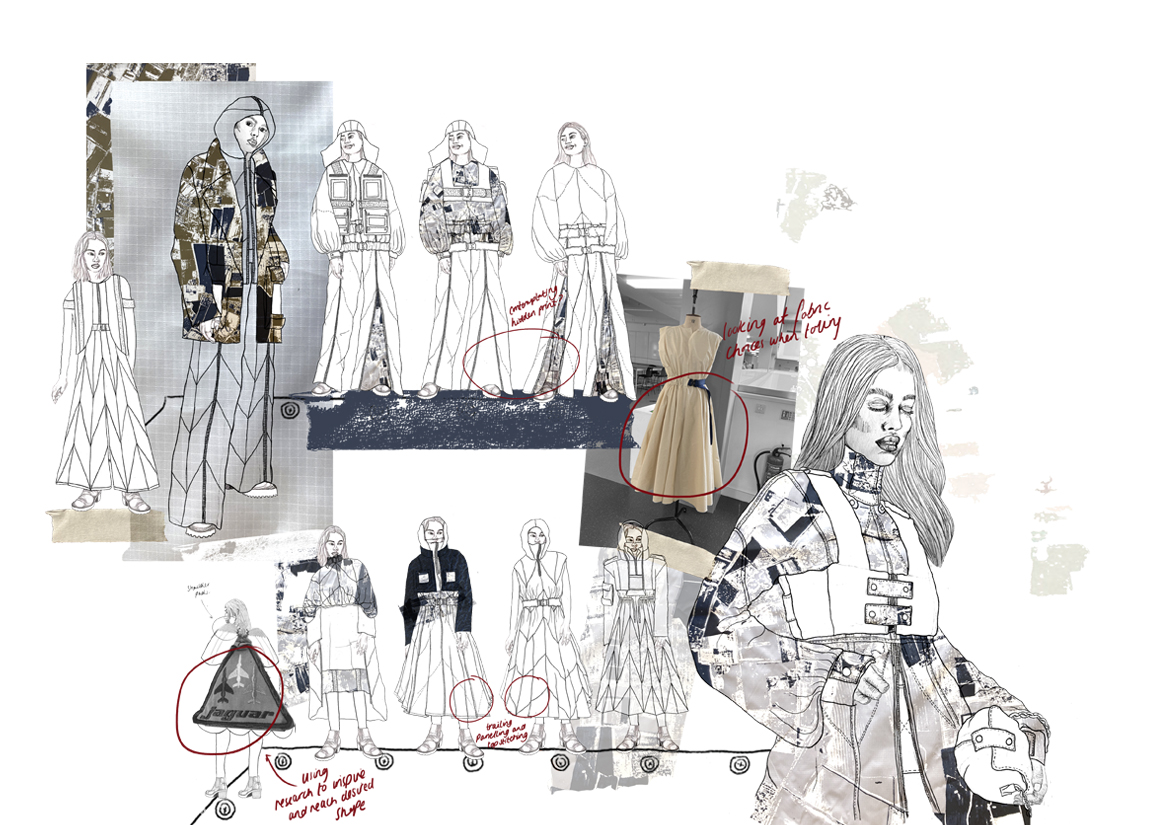 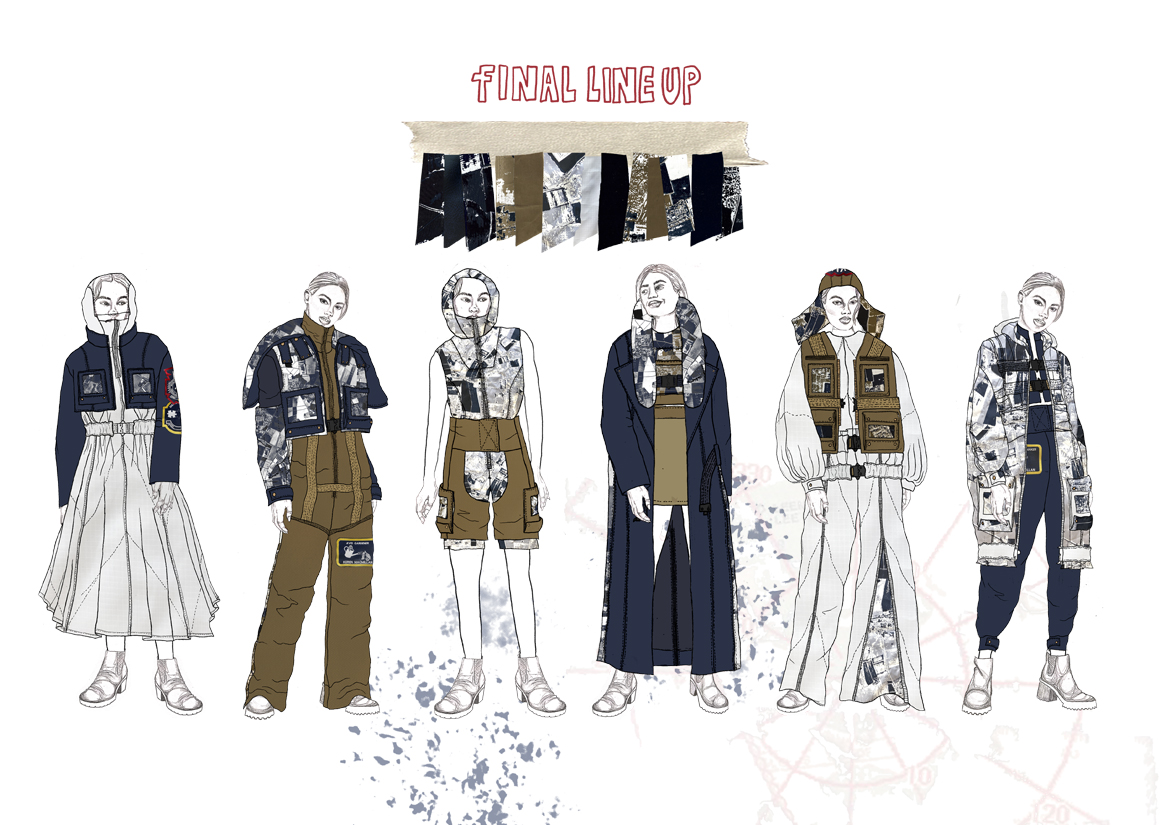 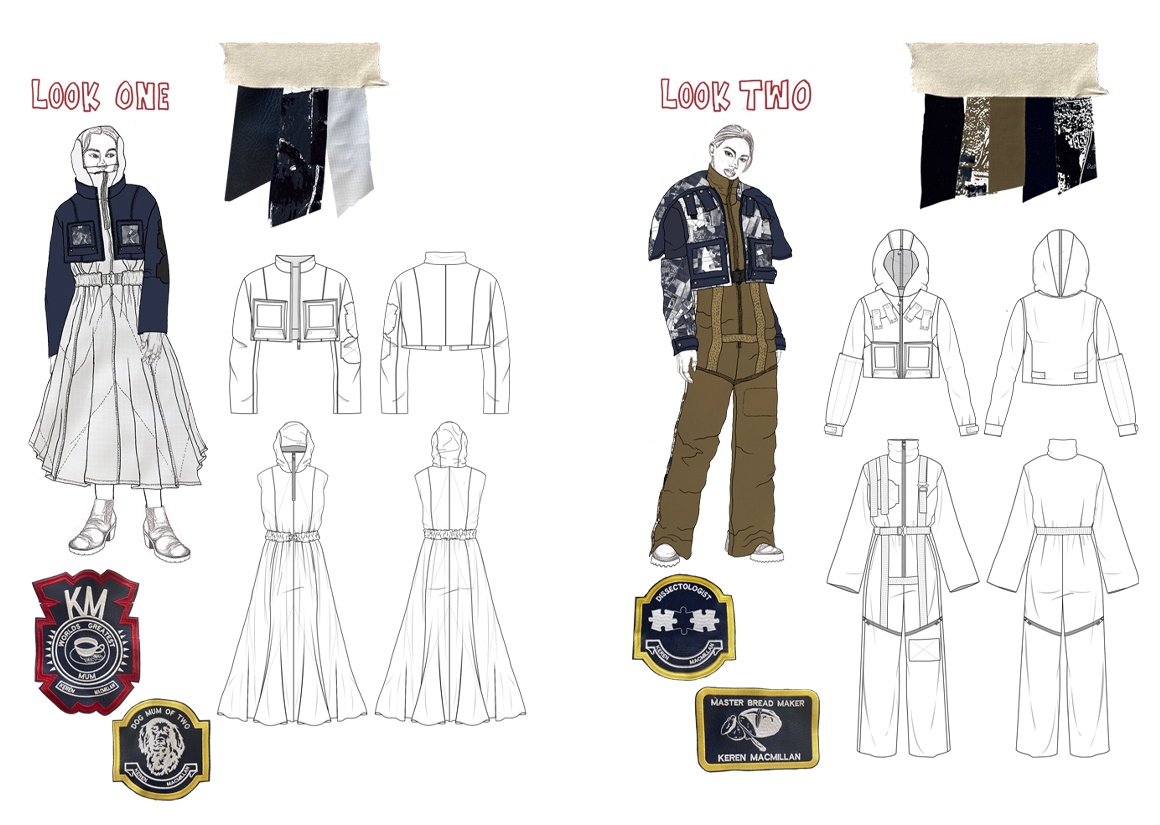 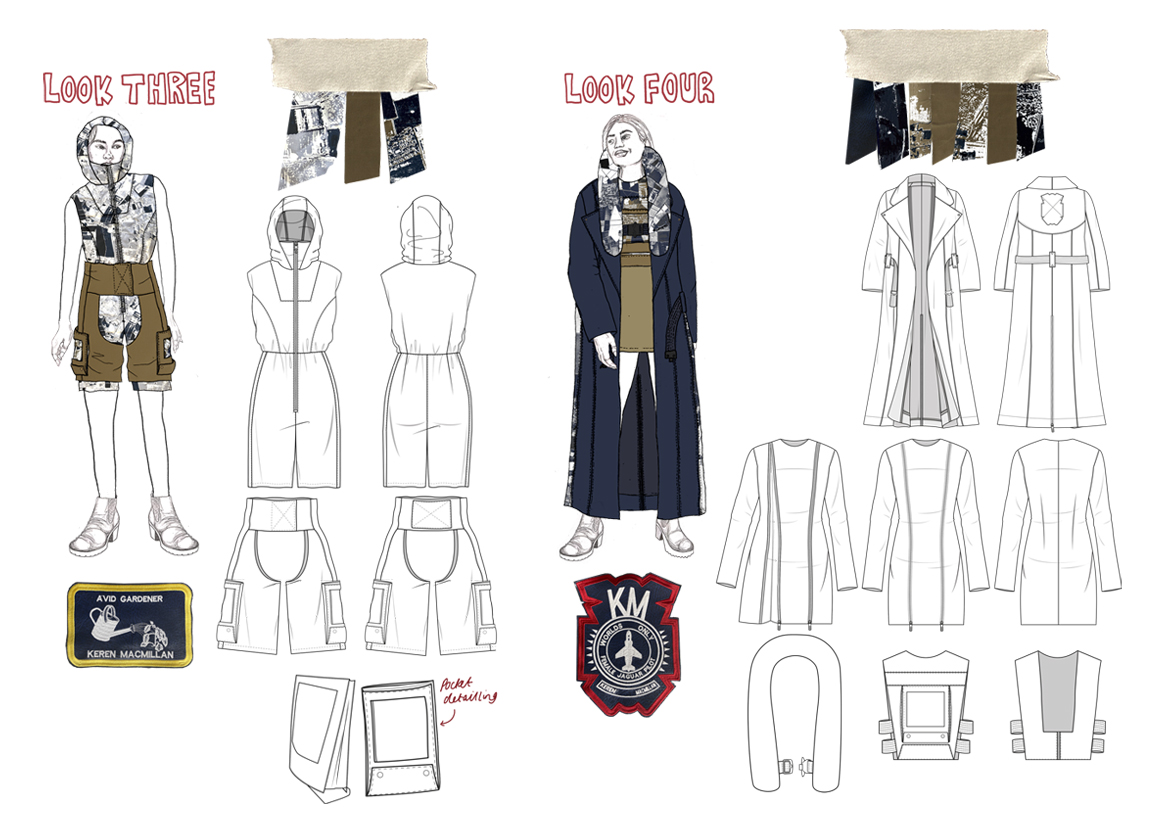 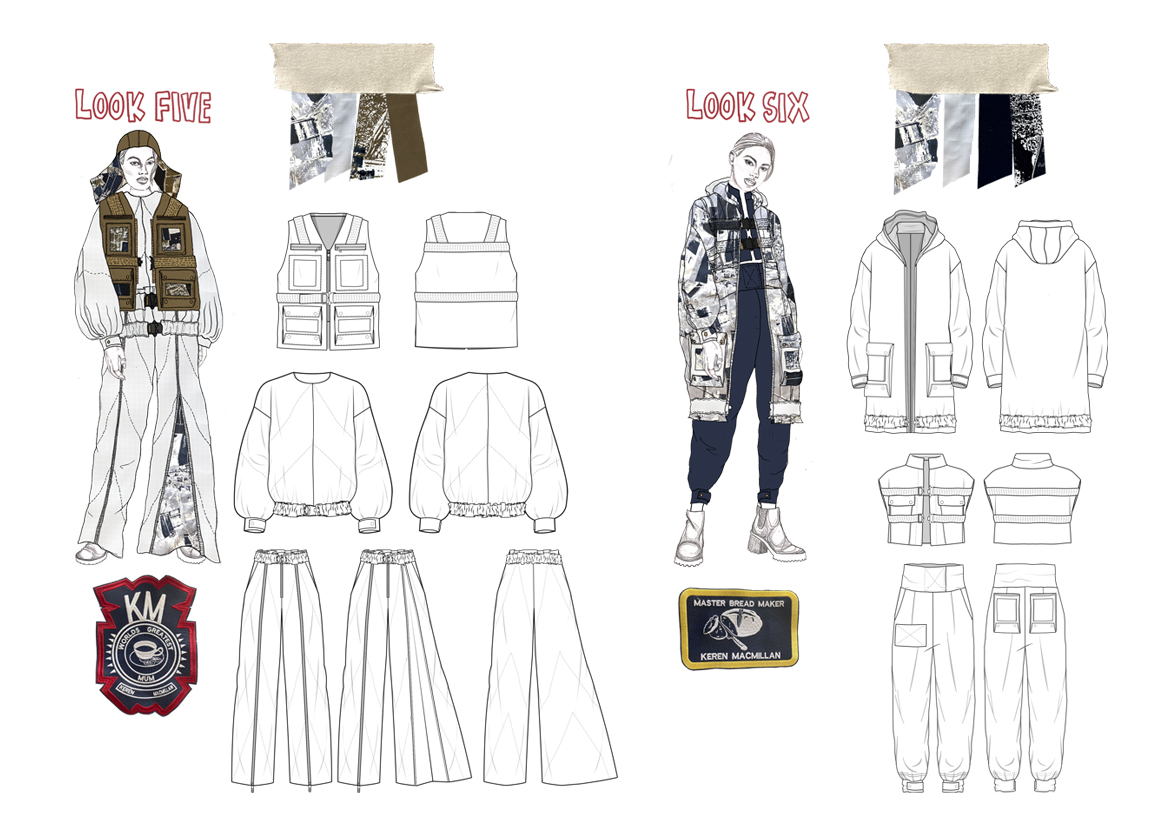 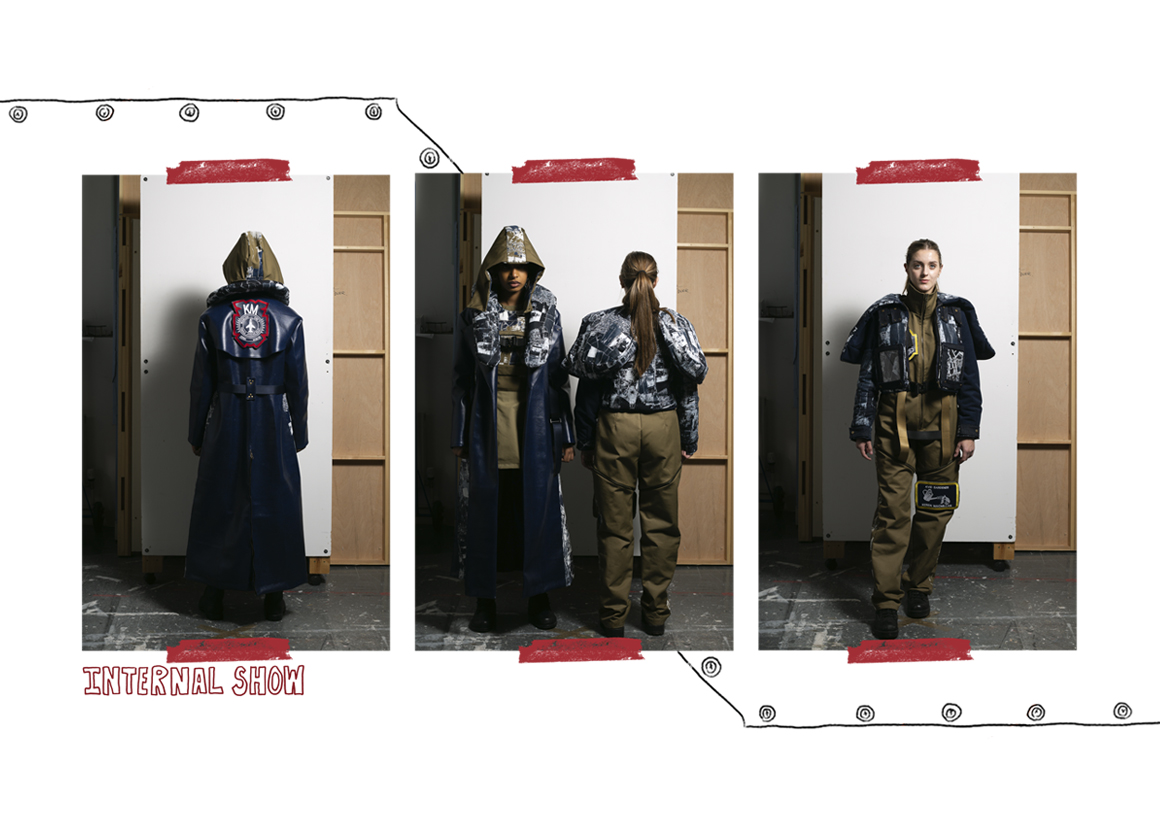 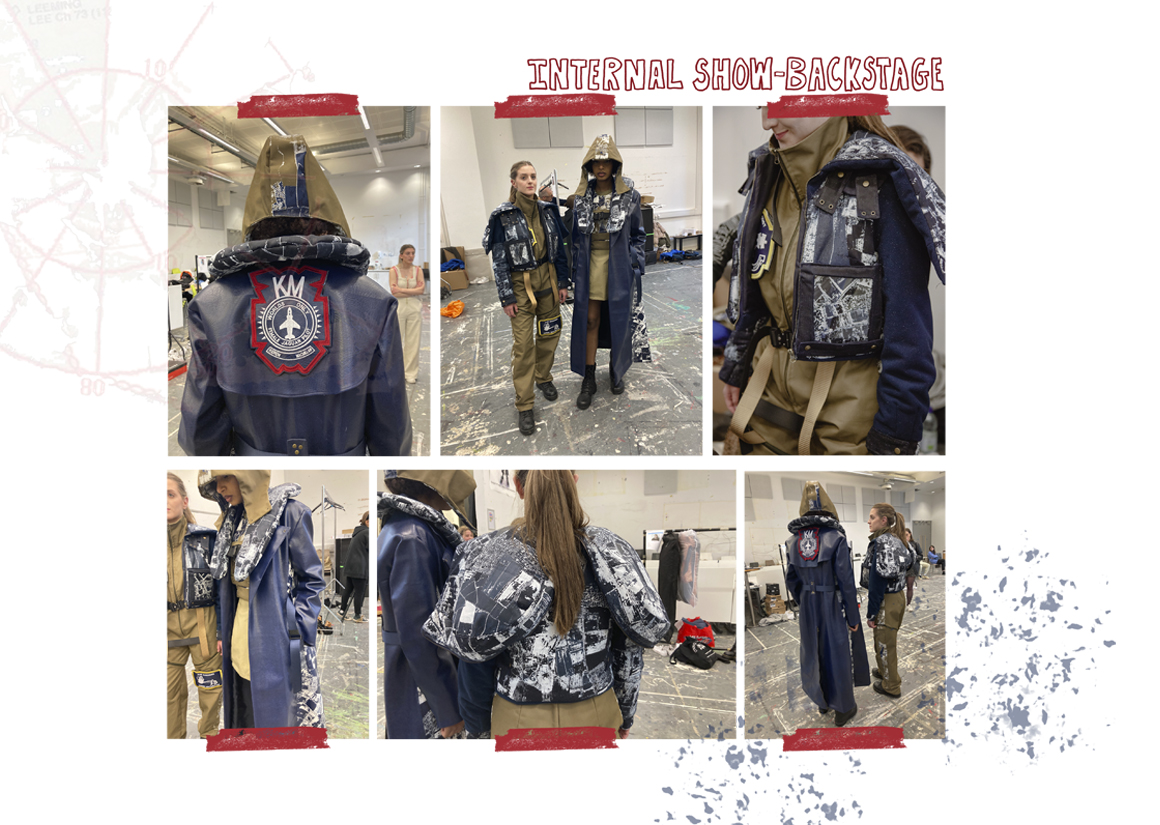 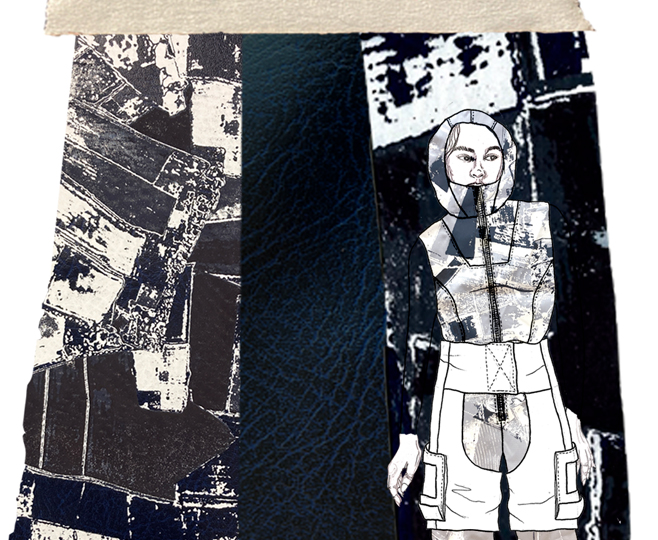 Views from the sky

Print was an important textile detail in my collection; focusing on perspectives my mum had from the cockpit of her aircraft. To do this I collaged a combination of aerial shots of cities, the countryside, and scans of my mum’s flying maps into repeat prints and after development, hand-printed three layers of screens to create the print. Not only did it produce a distinctive and original print that helped to develop the collection, but it also highlighted personal detail from my mum’s life that was particularly significant in her career.

"Be dogged in your determination to achieve your goals – there really is no one to stop you getting what you want." - Keren Macmillan