Norwich University of the Arts

I was inspired by multiple aspects. From aiming to focus on sustainability to delving into the UK underground music scene and streetwear, however, the biggest has been West African masqueraders and spirituality.

With this collection, I aim to reach people like me who may have mixed cultural backgrounds for instance being born in the Diaspora and having strong ties with their African/Caribbean countries, or having moved to the Diaspora. I want them to feel represented in both of their cultures as well as feel amazing in their sustainable clothing.

MY CONCEPT BEGAN WHEN I STARTED RESEARCHING INTO WEST AFRICAN RELIGIONS, CULTURAL ART AND SYMBOLS

It's well known that the majority of West Africans are religious people, e.g. Christians and Muslims, however, I was always informed of the traditional spirits and gods. In researching West African culture, I came across Kumpo masqueraders and was ABSOLUTELY CAPTIVATED by their gyrating movements of the shredded palm leaf dancers. The continent is known for its wealth of [semi] precious elements and how they are fashioned into fashion like gold and diamonds. Expressing wealth in cultures inspired me a lot

Grime music has been a constant in my life since hearing it. Seeing friends and strangers show their talent in the underground music scene was incredible for many reasons, but one that stands out the most for me is the energy and passion from the performers and crowd regardless of backgrounds and race. Another aspect that united the people were their clothes. Crowds of athleisure, durables and basics like puffer jackets, t-shirts, hoodies and trackies, showed the scene is for everyone. 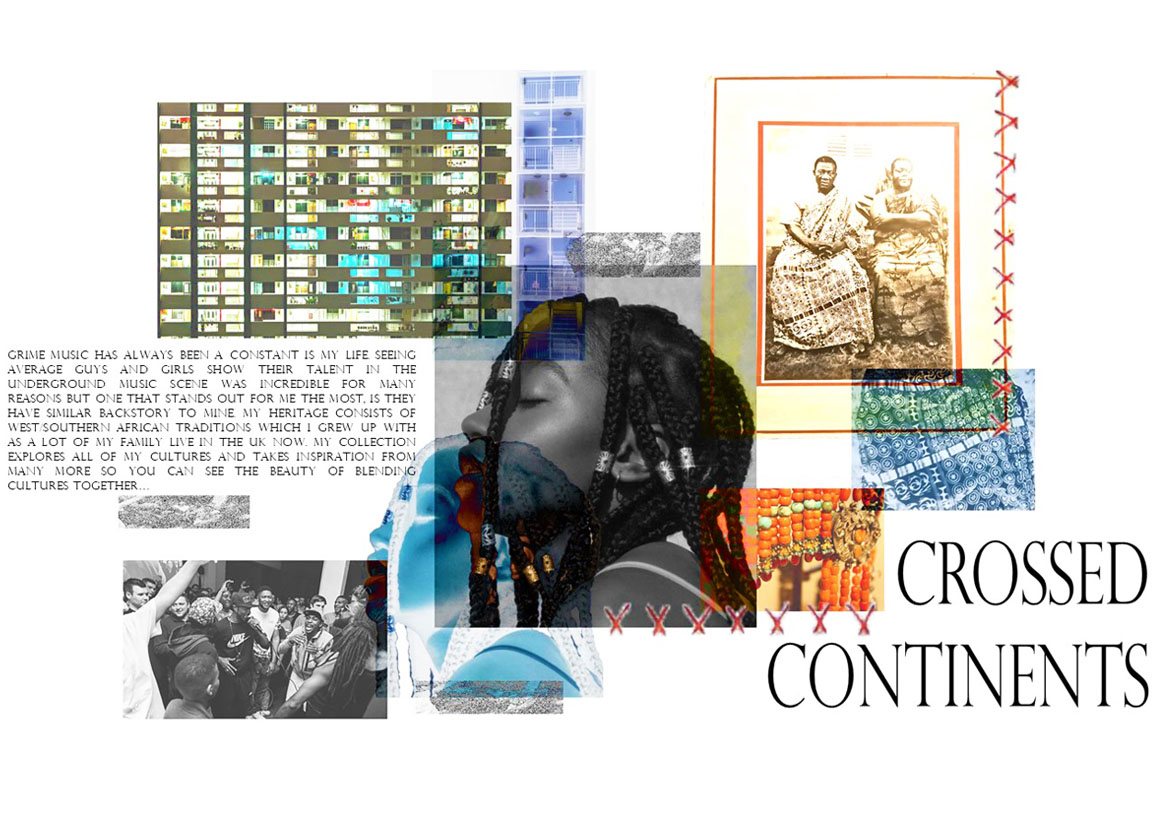 Inspiring objects from Ghana and Botswana 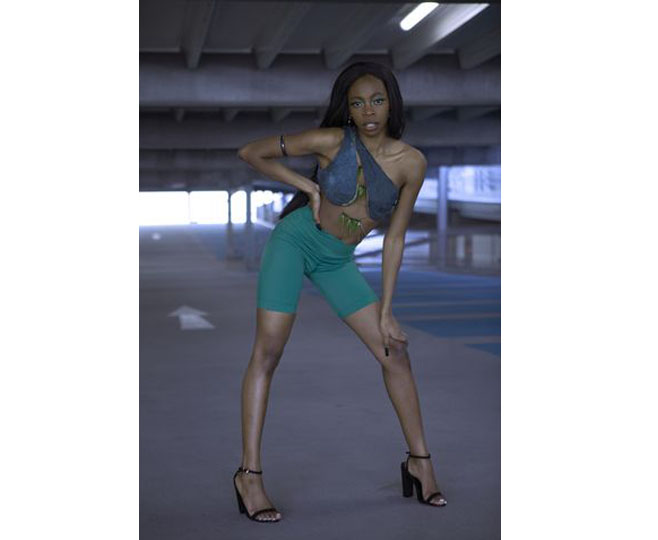 I Have Utilised Fresh, Precious and Sustainable Aspects In The Formation of My Collection

During my research, I quickly found out that a lot of streetwear garments are made from synthetic materials such as polyester. Knowing that there are many readily available sources of more environmentally friendly fabrics that could keep true to the durability of streetwear, I decided to use those. Recycled nylon, sustainable cotton, bamboo silk and fresh wax coated palm leaves are my chosen fabrics for a few of my outfits. Another element I added in my collection is embellishment of semi-precious and precious stones and minerals. In the form of beaded tassels and long patterned strands, I created removeable accessories to garments. The beads included real gemstones; red garnet, malachite, white howlite, real cowrie shells, vintage beads and 24kt gold plated spacers & brass cowrie shells. Alongside them are handmade clay statement beads. All of the beads have a great meaning behind them such as the "Duafe" (wooden comb) meaning beauty. All stones par howlite can be found in Africa's nations.

"It's in the blood, in the genes, in the stitching" ~ Energy - Skepta &amp; Wizkid