GFW, A SPRINGBOARD FOR NEW TALENT

Graduate Fashion Foundation is a charitable organisation and an essential part of the fashion industry. It is the springboard for new talent, a bridge between education and employment.

The Graduate Fashion Foundation is a charity that bridges the gap between education and employment.

WHY WE DO IT

Our mission is to bring together graduates, fashion educators and industry leaders to support and encourage the next generation of talent to reach their full potential once they have completed their studies.

HOW WE DO IT

We organise events like Graduate Fashion Week, create industry-led projects, offer advice and guidance, as well as mentorship opportunities, to ensure that graduates worldwide are supported to gain meaningful employment. We share good practice and knowledge with opportunities for connectivity and benchmarking within the fashion community.

Over the past 30 years, over 100,000 graduates and undergraduates have been supported and guided by the charity.

GFF's aims remain the same today; dedication to encouraging young people, helping them find employment and get the best start possible in the fashion industry.

An unrivalled platform for the promotion of new talent, Graduate Fashion Foundation bridges the gap between graduation and employment and is responsible for launching the careers of some of the most successful designers of our time including Christopher Bailey MBE, who was the winner of the first-ever Gold Award and now a Lifetime Patron of the charity; Stella McCartney, Giles Deacon, Matthew Williamson and Julien MacDonald to name a few. 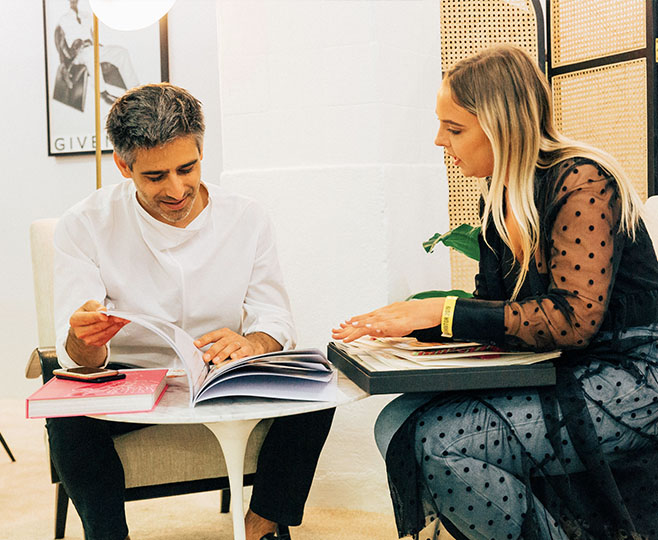 Founded in 1991 by Jeff Banks CBE, Vanessa Denza MBE and John Walford to unify both UK and international universities and create a stronghold for the creative industries to find the best talent.

GFF is proud that our Lifetime Patrons remain committed to the charity year on year, working closely with them and the charity’s 20 Global Ambassadors to ensure that charity objectives are met in new and exciting ways. Graduate Fashion Foundation celebrates three decades of being one of the world’s most important sources of new talent for the global designer industry. A crucial part of the dynamic fashion industry, fuelling innovation in all parts of fashion business.

LEARN MORE ABOUT US

GFF believes that supporting the next generation is vital, not just to the graduates themselves but also to the future of the fashion industry.

But this is just the beginning, the charity’s work doesn’t stop with the end of Graduate Fashion Week in June. GFF runs year-round events, from industry receptions to celebrate the year's successes and award winners, to regional masterclasses, panel talks & webinars, international showcases and running the GFF Mentoring Programme, offering mentorship to select graduates, alongside the bi-annual LFW showcase.

GFF organise and run events to provide employment opportunities and experiences relating to working in the fashion industries, as well as offering information on wellness, sustainability and diversity in fashion. The Graduate Fashion Foundation website has key areas recommending advice from GFF Alumni and industry experts to help support graduates as they leave university and move along their career ladder. 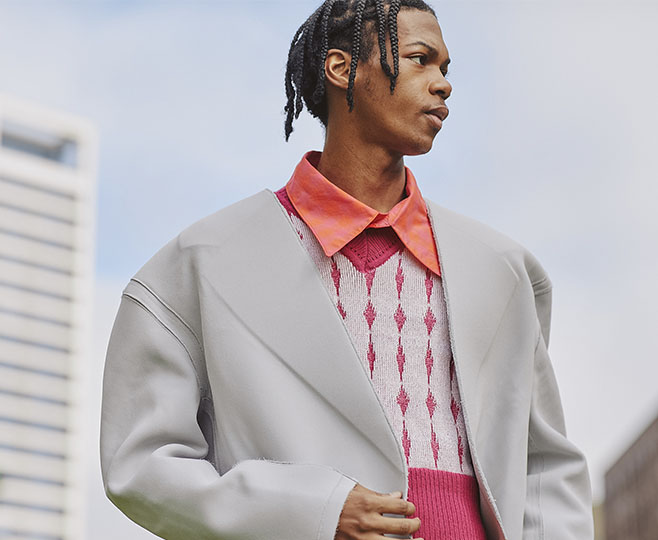 WHAT IS GRADUATE FASHION WEEK?

GFF annually presents Graduate Fashion Week, the largest showcase of BA fashion in the world with the most influential and inspiring UK and international universities and colleges on show. It provides a fantastic opportunity to see the freshest talent from 26 different fashion disciplines.

Held every June, GFW attracts thousands of guests with a packed schedule of catwalk shows, university exhibitions, talks, masterclasses and workshops from leading names in the fashion and retail industry. It represents the future of creative design talent and showcases the work of over 3500 of the very best fashion graduates each year.

The event attracts a wide array of top industry professionals, press and recruiters from UK and abroad who use this opportunity to discover talent, as well as offer exciting graduate employment and placements opportunities. Our international members play a major part in the event and exhibitions including our renowned International Fashion Catwalk Show. Starting with four universities, 10 years ago, the 2019 edition featured 45 international universities from leading design schools around the world, including The New School Parsons in New York, Donghua University in China, Bunka Fashion College in Japan, Shenkar in Israel, Accademia Costume & Moda in Rome and numerous other international institutes. 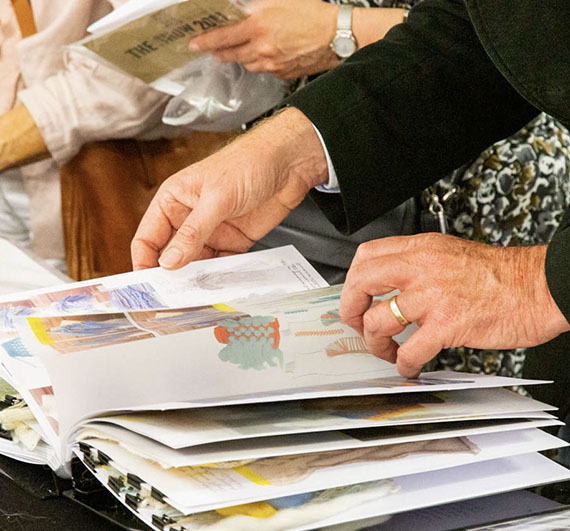 OUR PATRONS AND AMBASSADORS

To mark our 25th anniversary in 2016, the GFF announced our first Lifetime Patrons of the charity.

GFF’s global ambassadors also hold an important, active role in the charity. From judging awards to offering guidance and mentorship, our ambassadors are invested in supporting graduates by sharing their expertise to inspire, motivate and educate graduates about the reality of working in fashion. Our ambassadors include Henry Holland, Christopher Raeburn, Gok Wan, Eunice Olumide, Orsola De Castro, Sara Maino and more. 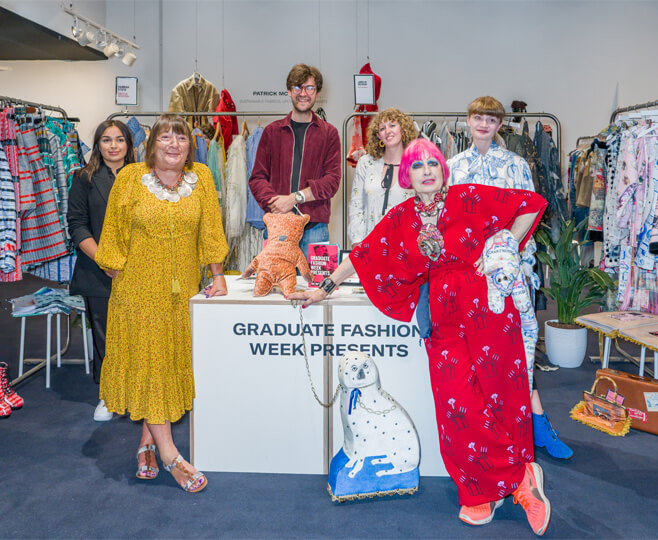 Every year, GFF launches awards to inspire students to become innovators, environmental leaders, employees, and educators while promoting cultural diversity and inclusivity within an international platform.

There are 20 awards on offer for GFW21, all of which are judged by industry professionals and ambassadors. Covering disciplines such as textile design, styling and creative direction, photography and marketing, the GFF awards are a prestigious accolade for graduates to receive. These aren’t limited to the UK, there are three international awards on offer to our global members. 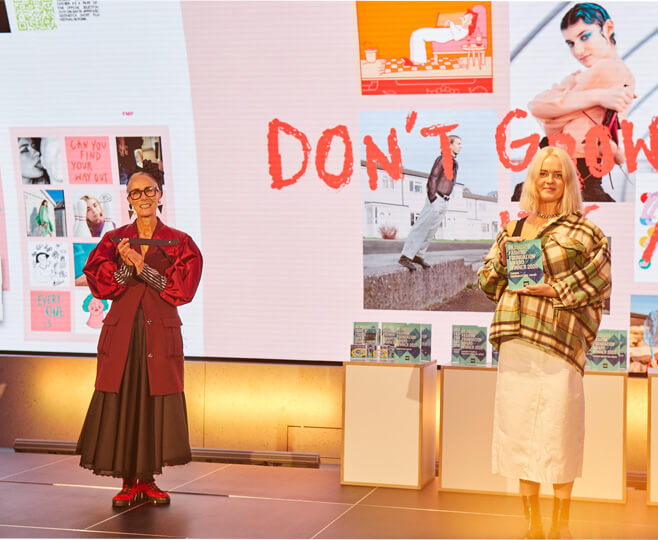 At GFF, we’re committed to championing the diverse array of talented fashion professionals emerging from Black, Asian and Minority Ethnic backgrounds to promote a more inclusive and diverse future for the fashion industry.

We do this through GFF Inclusion & Diversity Spotlight, a platform that amplifies and celebrates the perspectives and untold stories of graduates from minority ethnic backgrounds. We also support FACE, Fashion Academics Creating Equality, a group working to challenge Higher Education, Further Education and the Fashion Industry to be more inclusive, unified and equal. 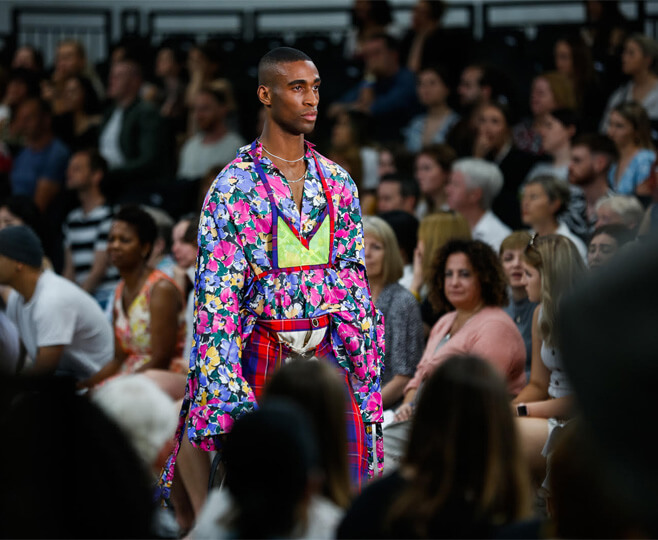 Graduates have been supported

GFF are proud to work with universities from around the world

The word on the street

What people are saying